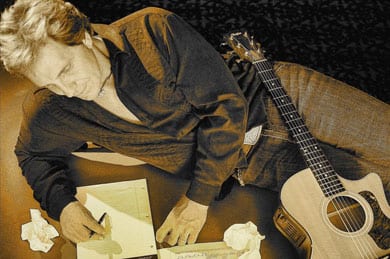 “The Note”
Jordash Records
I have always liked this guy’s singing, and I’ve always been a sucker for story songs. His clear phrasing is just right for this tale of old lovers reconnecting in the wake of her father’s passing.
—Robert K. Oermann, MusicRow
Keith Bryant has returned with his moving single “The Note,” which is going for adds April 5 and will be available on iTunes March 15. Bryant has partnered with Nashville-based Jordash Records for the release. At Country Radio Seminar 2011, Bryant’s new music earned rave reviews from many programmers.
The Virginia-born artist grew up performing in church, and won numerous singing competitions with his vocal ability. His talent eventually reached Lofton Creek’s Mike Borchetta, who released singles such as “Ridin’ With The Legend” back in 2004. Bryant followed that up with the album Live It Slow, which featured the single “Beautiful Liar.”
http://jordashrecords.com/
[wpaudio url=”https://musicrow.com/wp-content/uploads/2011/03/kbrnt-tnte.mp3″ text=”Keith Bryant – The Note” dl=”0″ autoplay=”1″]