Country music’s major labels seem to be slumbering in winter doldrums, but Nashville’s pop/rock community is livelier than ever.

So much so that there are three Disc of the Day winners in this edition of DisClaimer.
The Black Keys are nominated for three Grammy Awards. Welcome to Music City, boys.
Rock ‘n’ Roll Hall of Famer Wanda Jackson has returned with hurricane strength on her comeback The Party Ain’t Over CD produced by the always hyper-active Jack White. 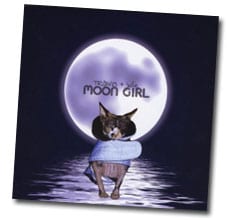 And then there’s the overnight stardom of The Civil Wars. The duo staged its national television debut on The Tonight Show with Jay Leno on Jan. 13. It’s “Poison & Wine” video has 500,000 views on YouTube, and “Barton Hollow” is getting raves in The New York Post, USA Today, L.A. Weekly and Paste. It is also rapidly picking up radio airplay. The Civil Wars are playing The Belcourt tonight and The Basement tomorrow. I’d urge you to go, except both gigs are sold out, as are five others on its just-announced tour.
Best of all, out of the blue, we have a DisCovery Award to report. Like The Black Keys and The Civil Wars, it’s a duo. Travis & Julie are homegrown Nashville charmers. Lend them your ears.
THE CIVIL WARS/Barton Hollow
Writer: none listed; Producer: Charlie Peacock; Publisher: none listed; Sensibility (track)
—This duo is comprised of John Paul White and East Nashvillian Joy Williams. “Poison & Wine,” which appears on its Barton Hollow CD, has been featured on TV’s Grey’s Anatomy. The title tune is currently iTune’s Single of the Week and propelled the album to No. 1 on the iTunes chart when it came out this week. With its dark undertow of a beat, wailed ghostly harmonized vocals and majestic, minor-key melody, “Barton Hollow” is pretty darn addictive and hypnotic. Taylor Swift calls the sound “exquisite.” I couldn’t agree more. A must listen.
MICHAEL FORD, JR. & THE APACHE RELAY/Magnolia Street Heartbreaker
Writer: Michael Ford, Jr.; Producer: Doug Williams, Michael Ford, Jr., The Apache Relay and Noah Denney; Publisher: 1988, ASCAP; MF (track)
—This foursome hails from the halls of Belmont University. On this track from their album titled 1988, they wistfully drawl a winsome, lovelorn, acoustic folk ballad. The wobbling fiddle lines and feathery falsetto vocals weave a delicate pop tapestry.
THE BLACK KEYS/Tighten Up
Writer: The Black Keys; Producer: Danger Mouse; Publisher: McMoore McLeest/Wixen, BMI; Nonesuch (track) (www.theblackkeys.com)
—These new Nashvillians (Patrick Carney and Dan Auerbach comprise the group) have two tracks from their Brothers CD up for Grammy Awards. “Black Mud” is nominated as Rock Instrumental. And the shuddering, spare, thumpy, soulful, strangled “Tighten Up” is competing for Best Rock Group Performance. The whole album is nominated as Alternative Album of the Year, and it is an alt delight.
TRAVIS & JULIE/Osmosis
Writer: Travis/Julie; Producer: none listed; Publisher: Rockstar/Nickel Man; TJ (track) (www.travisjulie.com)
—This Nashville duo has a CD called Moon Girl that is a pop-music amusement-park ride. On this track they lay down a deliciously danceable rhythm and positively twirl in melody. Where have these folks been all my life?
RED/Faceless
Writer: Anthony Armstrong/Rob Graves/Jasen Rauch/Mark Holman; Producer: Rob Graves; Publisher: none listed; Provident/Integrity/Sony (track) (www.redmusiconline.com)
—Goths for Jesus? I guess so. This Christian band makes a thrashing, metal-machine, in-your-face sound that’s as loud and proud as Korn, Staind, Linkin Park or any other mainstream hard rockers you can name. The new CD, which dropped yesterday, is called Until We Have Faces. The previous two were nominated for Grammys. This one might make your ears bleed, in an aggressive-yet-melodic way.
RACHEL LOY/Stay
Writer: Rachel Loy; Producer: Carl Thel; Publisher: none listed; RL (track) (www.rachelloymusic.com)
—This Nashvillian has a self-titled, five-song EP that is quite a singer-songwriter showcase. Here, she is a pleading romantic. Elsewhere, she gets the pop-rhythm treatment. Rachel makes her living playing bass in studios and on the road with stars such as Julianne Hough. But this collection of relationship-centric compositions sounds like she’s ready to move into the center-stage spotlight.
WANDA JACKSON/Shakin’ All Over
Writer: Johnny Kidd; Producer: Jack White III; Publisher: EMI Mills/Filmtrax, no performance rights listed; Nonesuch/Third Man (track)
—Unlike Loretta Lynn, whom Jack White previously produced, Wanda Jackson didn’t bring her own songs to the table. So Jack’s musical personality sometimes tends to overwhelm her. He did bring her some splendid songs, including this dandy 1960 Brit hit by Johnny Kidd & The Pirates. Other gems include her cover of Amy Winehouse’s “You Know I’m No Good,” Bob Dylan’s “Thunder on the Mountain” and Little Richard’s “Rip It Up.”
REVIVE/Blink
Writer: Dave Hanbury/Rich Thompson/Mike Tenkate/Jason Ingram; Producer: Jason Ingram & Rusty Varenkamp; Publisher: Up and Over/Revive/EMI CMG/Sony-ATV Timber/West Main/Windsor Hill, SESAC; Provident-Integrity/Essential/Sony (track) (www.reviveband.com)
—The title tune to this Christian foursome’s current CD has a slowly building majesty about it. It says, “The only thing that matters is how we have loved,” in this too-brief life. Inspiring, in the best kind of way.
BOBBY BARE JR. /A Storm, A Tree, My Mother’s Head
Writer: Bobby Bare Jr.; Producer: Bobby Bare Jr. & David Vandervelde; Publisher: Bella Beckham, BMI; Naked Albino/Thirty Tigers (track) (www.bobbybarejr.com)
—The title tune to this fellow’s current CD tells a true tale in a languid, dreamy way. His echoey voice is sparsely accompanied by brushed drumming, keening steel and electric-guitar sighing. And, yes, Mama Jeannie Bare is screaming in the background. Elsewhere on this sideways collection, you’ll find  “Liz Taylor’s Lipstick Gun,” “Rock and Roll Halloween,” “Your Goat Is on Fire” and “Jesus Sandals.” In other words, you absolutely need to own this.
UNCLE SKELETON/Renfro
Writer: none listed; Producer: none listed; Publisher: Upright T-Rex, BMI; Upright T-Rex (track)
—Outside of his pop band Kindercastle, Ross Wariner (Steve’s son) has a different sound with Uncle Skeleton. This ensemble has two CDs, Pancho Chumley and the more recent Warm Under the Covers. You’ll find this track on the former. Its synth-y, rapidly rhythmic tone typifies the spaceship, E.L.O. electronic vibe of Uncle Skeleton, which recently featured high on The Nashville Scene’s “Best of 2010” list.

Jay-Z, Thomas Rhett, Jesse Frasure: A Conversation on the Power of Music 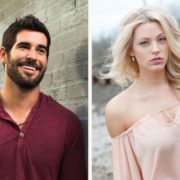 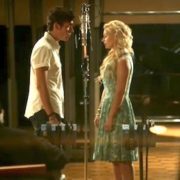