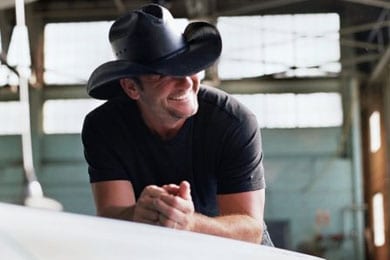 Tim McGraw will take his band the Dancehall Doctors back on the road for the Emotional Traffic Tour this spring. Special guests Luke Bryan and The Band Perry will join McGraw for the tour, which is sponsored by Outback Steakhouse.
No dates have been announced yet, but the full itinerary is expected to be revealed soon. Tickets for the Live Nation-promoted trek will go on sale January 15.
In case you haven’t turned on a television lately, McGraw also co-stars with Gwyneth Paltrow, Garrett Hedlund, and Leighton Meester in the feature film Country Strong, which gets its wide theatrical release on Friday, January 7. He’ll be making the media rounds all week, visiting the Late Show With David Letterman on Monday, January 3; Good Morning America and Late Night With Jimmy Fallon on Wednesday, January 5; E!’s Chelsea Lately on Thursday, January 6; and the Martha Stewart Show on Friday, January 7. 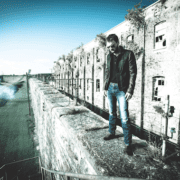 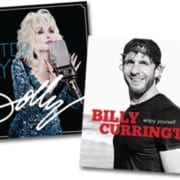