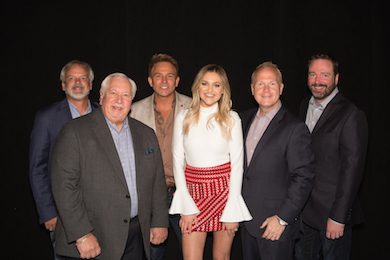 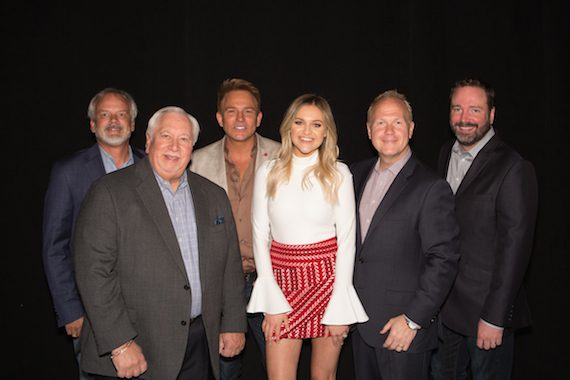 Sony/ATV Music Publishing has signed a new publishing deal with singer-songwriter Kelsea Ballerini. Ballerini, who remains signed as an artist to Black River Entertainment, had previously been with Black River Publishing since 2013.

“Having known Kelsea since she was 13 years old and seeing her songwriting grow over the years makes it even more special to be able to come alongside her as her publisher,” says Sony/ATV Nashville’s President and CEO Troy Tomlinson. “With all her abilities to perform and entertain fans worldwide, she remains, as always, at her core a gifted songwriter.”

Ballerini is the only country female to begin her career with three No. 1 singles, including “Love Me Like You Mean It,” “Dibs,” and “Peter Pan.” Her current single “Yeah Boy” is a Top 5 hit, and is the fourth and final single from her debut album The First Time.

“Troy was the person that told me to move to Nashville when I was 13. I remember every time I came to town, he would make time for me to come by and play him new music I was working on,” shares Ballerini. “That encouragement and belief was crucial for my whole journey this far. It feels like a full circle joining the Sony/ATV family, and I’m so excited to continue to grow as a songwriter under their incredible team.”

On May 26, Ballerini will begin Lady Antebellum’s You Look Good World Tour as the featured supporting artist alongside Brett Young. Meanwhile, she has four nominations for the upcoming 2017 CMT Music Awards. The show airs live from Nashville June 7 at 8 p.m. ET. She will also team with Thomas Rhett to co-host the CMA Music Fest 2017 special, which will air this summer on ABC. 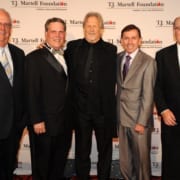 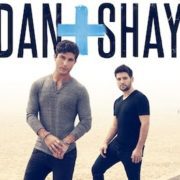 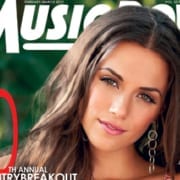