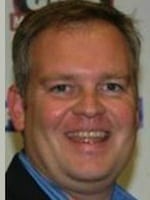 [Update] Beloved Music Row executive and friend to many Will Tennyson will be laid to rest on Saturday, November 20th in his hometown of Athens, Tennessee. Will died on Tuesday morning from natural causes.  He most recently was a talent executive at Conway Entertainment Group.  Will is survived by his mother and step-father, several brothers and sisters and their families and a daughter. At a young age, he knew he wanted to spend his career on Music Row.  Upon graduating from Tennessee Wesleyan College and attending Nagasaki Wesleyan University in Japan, he moved to Nashville beginning his career at the Gaylord Entertainment Company. After working several other jobs, including a stint at the Ralph Emery Show, he worked for  CMA CEO Tammy Genovese in the marketing and administration affairs and community relations departments.  Most recently, he served as a talent executive for the newly formed Conway Entertainment Group.

Below is information on the services:
A funeral service will be conducted, 1:00 P.M., Saturday, November 20, 2010 at Keith Memorial United Methodist Church with the Rev. Sam Roberts officiating. Interment will follow in Cedar Grove Cemetery. The family will receive friends at the church from 10:30 a.m.-12:30 p.m. Saturday prior to the service. The family suggests memorials be made to the Friendly Fellow Club c/o Daily Post Athenian, P.O. Box 340, Athens, TN 37371-0340

A Nashville memorial is being planned with details forthcoming.

Will Tennyson, 41, passed away this morning. He was found unresponsive in his apartment by a medical team, apparently the victim of natural causes. Exact cause of death is unknown.

Tennyson was an employee of Conway Entertainment Group where he had worked since March. Previously, he worked at the Country Music Association.

MusicRow extends sympathy to Tennyson’s family and friends. We will continue to update this story as more details emerge.