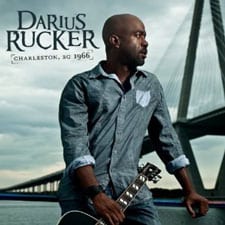 There are many ways to measure country music sales, but it all boils down to the fundamental question, how big is my slice of the pie? So first let’s talk about the overall pizza pie and then we’ll address some of the recent slices being cut up and handed out. (Source: Nielsen Soundscan.) 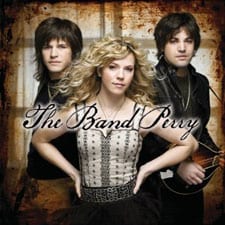 However, before anyone runs out to Pizza Perfect to order more slices (not a bad idea), remember the holiday fever will greatly increase the rings of registers and there is a pile of platters yet to launch which are destined to entice consumers.

Now let’s look at how some of the individual slices are shaping up this week. Capitol Nashville served up Darius Rucker’s sophomore country set which tops the country chart and gets second place overall, selling almost 101,000 units. Rucker moved 31% of those in digital format. And then there is The Band Perry. The sibling trio storms this week’s list with over 52,000 units, placing them in the second spot on the current country album list. Personally it feels a bit early to start humming holiday carols, Lady Antebellum’s Merry Little Christmas (Target exclusive) hit the bins with debut sales of about 18k units, a number which is sure to grow as the holidays loom.

It’s hard to gauge how the previous week debuts are faring in terms of drop offs, but one clue is that even with recent releases—four weeks old or less—from Darius, TBP, Kenny Chesney, Toby Keith, Zac Brown Band and Billy Currington, this week’s current country 75 still tallies an underperforming 470,368 units total.

Competing for this week’s debut slices are Sugarland who insiders are now predicting will notch sales of 200-225k and have an excellent chance of topping both the country and all genre album sales charts. And finally all Nashville is wishing Taylor luck with fingers crossed and breath held for what is sure to be the largest launch of the season for any genre (10/25). Stay tuned.