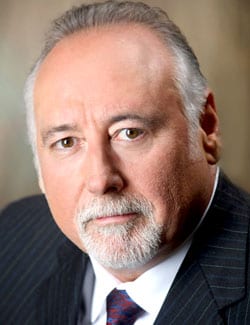 The CMA Board of Directors has named industry veteran Steve Moore as CMA’s Chief Executive Officer, effective immediately. Moore, who will now step down from his post as Chairman of the Board, has been the interim leader of the Association since January.

According to the CMA, Moore possesses the diverse qualities and experience necessary to expand the mission and strategic imperatives of CMA while being mindful of the unique legacy and spirit of the organization, which was founded in 1958 as the first trade association created to promote a specific genre of music.

“We conducted a coast-to-coast search to find the best possible candidates and there were many. But, I think it should come as no surprise that the best person was right here in Nashville,” said Steve Buchanan, who steps up from President to Chairman of the CMA Board of Directors. “Steve developed a tremendous affinity and acumen for the position while serving on an interim basis. We are thrilled that he was ultimately interested in making that a permanent role.”

“The Country Music Association is the cornerstone of what makes Nashville Music City,” Nashville Mayor Karl Dean said. “Their involvement in the community, their support of artists and business, and especially the exposure they give to the industry and our city is absolutely priceless. Steve’s depth of experience and the respect that he enjoys amongst his peers will be a tremendous asset to CMA. I look forward to seeing the organization, and its presence here, continue to succeed and grow under Steve’s leadership.”

Moore has been prominent in the Nashville music community for 25 years, going back to his appointment as the first Executive Director of the popular concert venue Starwood Amphitheater and extending through his work as Senior Vice President of one of the world’s largest concert promotion, special event and touring companies, AEG Live!. His innovations and successes have earned him three SRO Awards as Promoter of the Year.

The CMA Board’s “selection of Steve Moore as its new CEO is the right choice to protect and continue the history, legacy and tradition of Country Music around the world,” said John Meglen, President and Co-CEO of Concerts West/AEG Live!. “Steve’s knowledge and respect of that history is paramount. His passion lives in Country Music.”

A longtime member of the CMA Board of Directors (since 1989), Moore was elected President in 2008 and Chairman in 2009 before being asked to fill in as interim director of CMA after former CEO Tammy Genovese resigned in December 2009.

“I approached this with a great deal of enthusiasm and passion for what this organization represents and what it could achieve on behalf of the industry,” Moore said. “The experience has been personally rewarding, professionally challenging, and I am very optimistic and eager to see what the future holds.”

As a Board member, Moore has contributed his experience and knowledge to the Association through some of the most pivotal years in the Association’s history: from the move of Fan Fair from the state fairgrounds to downtown Nashville in 2001 and the creation of a companion, primetime network television special in 2004; the strategic move of the CMA Awards to New York City in 2005 and the subsequent return to Nashville and the downtown arena; the implementation of a massive research initiative in 2008 that has far-reaching benefits for the industry; and the creation of CMA’s music education program “Keep the Music Playing,” which has donated $3.3 million dollars to purchase instruments for public school students since 2006.

As CEO, Moore will work closely with the CMA Board to develop strategies and long-range plans for the continued growth of the organization as well as manage external business relationships including the Association’s numerous corporate sponsors and network television partner ABC.
Moore was born in Pasadena in Harris County, Texas, near Houston. His father was a blue-collar construction worker who eventually moved his family to the small town of Buna, northeast of the fertile Country Music hotbed of Beaumont, where he found construction work in the refineries.
Moore played trumpet in high school and went to Lamar University in Beaumont, where he studied to be a band director, but a Blood, Sweat & Tears concert changed his career plans.

“I was working construction in the refineries at night most of the time, because I put myself through college. About halfway through that, I wanted to go and see Blood, Sweat & Tears coming to the college, but I didn’t have the money – it was $6.75,” Moore recalled. “I went to the back of the stage to see if I could get a job to see the concert, which I did. That’s how I got introduced to the concert business.”

He was hooked. Following college, Moore started a ticketing business delivering tickets from his VW Beetle to a handful of venues in Beaumont.
He quickly moved on to Houston, working for Lone Wolf Productions, which managed ZZ Top and other high-profile acts. After honing his booking/management chops on the road, he left to start a booking agency called IBM, Independent Booking Management. Soon he met Stevie Ray Vaughan and started booking and promoting the blues phenom.   Pace Concerts took notice of the aggressive concert booker and eventually hired him in 1984, booking theme parks including AstroWorld in Houston and Six Flags in Dallas.

A year later he moved to Nashville to open Starwood Amphitheater on the outskirts of town. In 1992, he launched Moore Entertainment and continued to work with Country acts and blues festivals. After nine years, Moore sold his business to TBA Entertainment. He left in 2004 to reinvent his independent operation as Moore Entertainment Group, LLC, where he created the CMT OnTour franchise.

In April 2005, he entered a multi-year deal with AEG Live! and was named Senior Vice President. His activities included organizing tours; booking Kenny Chesney, Toby Keith, and Tim McGraw into a run of sold-out New Year’s Eve concerts at Nashville’s Bridgestone Arena; and a three-year effort that led to Sir Paul McCartney’s first-ever Music City performance at Bridgestone in July.

An honored humanitarian, Moore is the founder and president of the Shalom Foundation, a not-for-profit organization dedicated to providing educational, nutritional and medical assistance to underprivileged children and their families in Guatemala. He and his wife, Charmione, have three sons, Remick, Sterling, and Hunter.

More than 6,000 music industry professionals and companies around the globe are members of the Country Music Association. The organization’s objectives are to serve as an educational and professional resource for the industry and advance the growth of Country Music around the world. This is accomplished through CMA’s strategic imperatives – CMA Music Festival and the CMA Awards. For information about CMA visit www.CMAworld.com.

Moore has over 30 years experience in the concert promotion and production business. He joined AEG live! in April, 2005 as Senior VP. He first came to Nashville with Pace Concerts to open Starwood Amphitheater where he spent six years. He formed Moore entertainment Inc., which he sold to TBA Entertainment Corporation in 2001 and joined them as Executive VP until 2004.