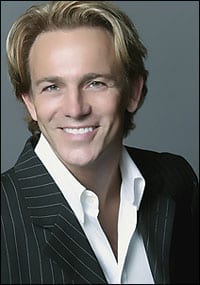 [Press Release] Fletcher Foster, former Senior Vice President/General Manager of Universal Records South, has joined Red Light Management. In addition to his role as a manager, Foster will be a key part of the senior management team at RLM working directly with Coran Capshaw.

“Red Light has always been an innovative management company, which could not be more relevant now during these changing times in the music business,” said Foster.  “I look forward to working with Coran, and bringing my passion and experience to the dynamic team at Red Light.”

Foster served as Senior VP, Marketing at Capitol Records in Nashville from 2000 to 2006, where his innovative campaign for Trace Adkins’ “Honky Tonk Badonkadonk” led to a double Platinum certification for the album Songs About Me. He also spearheaded campaigns for Dierks Bentley, who went on to win ACM, CMT and CMA awards for Best New Artist, Cyndi Thomson, Kenny Rogers, Keith Urban and many other acts. In stints at Arista Records in Nashville and Los Angeles, Foster worked with artists such as Brooks & Dunn, Alan Jackson, Brad Paisley, Aretha Franklin and Barry Manilow and served as executive producer of the GRAMMY®-nominated Happy Texas soundtrack. As Vice President, Television & Multimedia Marketing at MCA Records, Foster helped launch the alternative rock band Live with Throwing Copper, now 8X Platinum. He began his career as Director, Publicity at CBS/Sony Records in Nashville.

A graduate of Nashville’s Belmont University, he has served on the Board of Governors for NARAS’ Nashville Chapter since 2003. He is on the Board of Directors of ACM Lifting Lives, Academy of Country Music, MusiCares, Minnie Pearl Cancer Foundation, Second Harvest Food Bank and Gilda’s Club.

Red Light Management was founded in 1991 by Coran Capshaw at the beginning of his 19-year role as the personal manager of Dave Matthews Band. Capshaw also personally manages Faith Hill, Tim McGraw, and Phish. Sister company Starr Hill Presents promotes live music on a regional and national level, and together with its partners, produces large-scale music festivals including the Bonnaroo Music and Arts Festival which Capshaw co-founded and co-owns. He also created Musictoday, a leading e-commerce and ticketing company serving top clients in music and sports. Capshaw sold Musictoday to Live Nation in 2007.