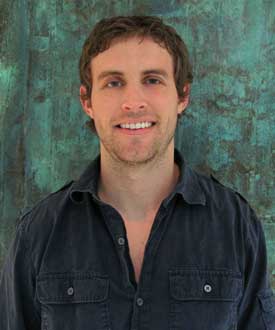 ASCAP has named Ryan Beuschel, who most recently held the post of A&R Manager at Universal Music Group, as Creative Manager for its Nashville branch.

“We couldn’t be more excited to have Ryan come on board and bring to ASCAP his unique talents, experience and passion for songwriters and their craft,” said Tim DuBois, VP and Managing Executive of operations at ASCAP Nashville. “His addition will help drive forward and bolster the expanded role of this office and our firm commitment to serving and championing our writers and publishers, on an individual, community and regional level.”

ASCAP has been restructuring its Nashville division to execute a broadened and elevated role as a Regional Office serving all genres of music.

Prior to his time as A&R Manager at Universal Music Group, Beuschel held the position of A&R Coordinator.  During his tenure, Beuschel worked with artists including Jamey Johnson, Billy Currington, Easton Corbin, David Nail and Randy Montana. He began his career in 2005 as an intern for Universal Music Publishing, where he was later named Catalog Coordinator before moving to the UMG label group in 2007. A Michigan native, Beuschel holds a degree in management and finance from Hope College.

“I’m elated to join the Nashville office in this creative capacity and look forward to helping develop and further opportunities for our ASCAP members,” Beuschel said.