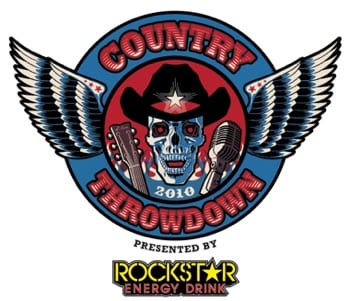 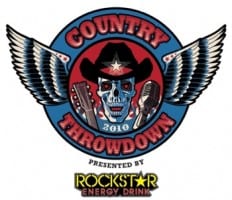 The Country Throwdown Tour has announced it will cancel four upcoming shows in Houston (6/9), Dallas (6/10), San Diego (6/17) and Phoenix (6/18). In addition, the Bakersfield date (originally set for 6/16) has now moved to Friday, 6/18. Tickets from the above listed shows will be honored at all other Country Throwdown tour dates and refunds are also available at the point of purchase.

According to tour Producer Kevin Lyman, “After many attempts to keep these shows, we’re regretfully unable to bring Throwdown to these four markets due to low tickets sales and too many shows competing with one another. We are trying to bring a festival style tour with 21 artists, at a reasonable and fair ticket price (average ticket cost $31), but because most markets are currently flooded with shows, we end up cannibalizing one another and someone ends up with lower ticket sales. As a result, we can’t afford to keep the show on the road for ALL of its intended dates. It’s a first year tour and we expected year one to be full of key lessons so that next year– and there will be a next year–is even better.”

The event was conceived and orchestrated by Kevin Lyman and Sarah Baer of 4 Fini, the company responsible for the Vans Warped tour now in its 16th season.