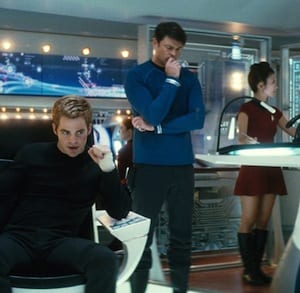 Star Trek was downloaded on BitTorrent almost 11 million times during 2009.

The music industry is not alone when it comes to fighting the revenue-shrinking effects of piracy. Web analysts www.torrentfreak.com, a site dedicated to creating unique information pertaining to filesharing, has released its list of the Top 10 most pirated movies of 2009.

The site notes that although Internet piracy from the silver screen increased during 2009, the movie industry enjoyed an excess of $10 billion in U.S. and Canadian ticket sales, a new record.

Topping the list with almost 11 million BitTorrent downloads was Star Trek followed by Transformers: Revenge of the Fallen with 10.6 million downloads.

Interestingly, the number of downloads and a film’s worldwide gross revenue do not necessarily correlate. For example, Harry Potter and the Half-Blood Prince was the No. 7 most downloaded film (7.93 million) but was the highest grossing movie earning over $929 million.

The complete list of most downloaded movies on BitTorrent can be found www.torrentfreak.com