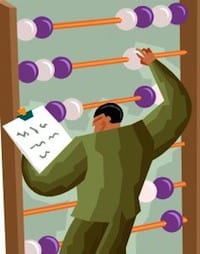 The music publishing industry has been anxiously watching licensing negotiations between BMI, ASCAP and radio/TV interests. Rate contracts are in the process of being renewed and concerns on the music side of the table revolve around potential rate reductions due to falling radio/TV ad revenues.

Today it has been announced that the Radio Music License Committee (RMLC) and the performing rights organizations have agreed to an interim 7% rate reduction for both ASCAP and BMI. Radio broadcasters will begin paying the lower rate Jan. 1, 2010. A court will determine the actual rate, and when determined, it will be retroactive to 1/1/10.

RMLC Chairman Ed Christian was quoted saying he’s disappointed the process has stalled, but looks forward to realizing “significant reductions” in licensing fees. Analysts suggest that obtaining a settlement in this issue may take many months, but also point that the 7% drop shows that the rights organizations are aware that radio revenues have been sharply dropping.