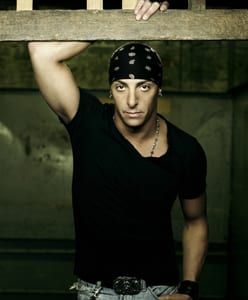 Trent Tomlinson has recently released his newest single, “Angels Like Her,” from his upcoming sophomore album, A Guy Like Me. “Angels Like Her” was written by Tomlinson with Arlos Smith and Aaron Barker and was produced by the singer and Leigh Reynolds.

“This has to be my favorite song I’ve ever written,” shares Tomlinson. “I was so happy when the label came to me and said they wanted this to be the single. I love how the track turned out.”

As the best selling debut male artist of 2006, Tomlinson’s hit singles include “One Wing In The Fire,” “Just Might Have Her Radio On,” and “Drunker Than Me.” After wrapping in the studio, Tomlinson has spent the year touring and visiting radio stations across the country. A Guy Like Me is scheduled to be released by Lyric Street Records in 2010.