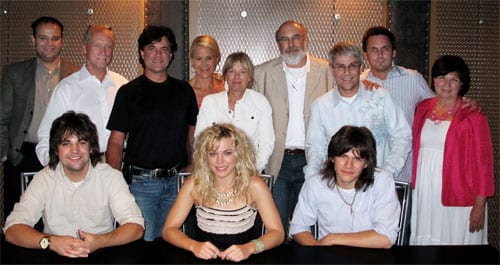 The Band Perry began its journey in the roadhouses around Mobile, Alabama, and eventually graduated to national tours, including the 2005 Coca-Cola’s New Faces of Country Tour, followed by TGI Friday’s Friday Night Concerts Tour in 2006. The group is currently working in the studio on new music with veteran producer Paul Worley.