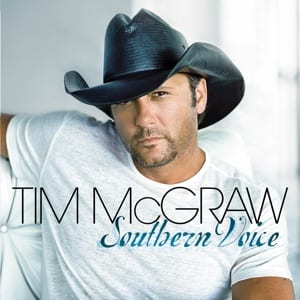 Tim McGraw will release Southern Voice on Curb Records, Oct. 20. The new album will contain his current single “It’s A Business Doing Pleasure With You” written by Nickelback’s Chad Kroeger and Brett James. This release, recorded in Nashville with producer Byron Gallimore, marks McGraw’s first studio set in almost 2 and a half years.

TimMcgraw.com notes that the superstar will perform on NFL Opening Kickoff Presented By EA Sports which will be simulcast on NBC and NFL Network on Sept. 10. The show starts the 2009 season and pays tribute to six-time Super Bowl Champions the Pittsburgh Steelers and the city of Pittsburgh. McGraw, together with the Black Eyed Peas, will open the celebration with a free live concert at Point State Park in Pittsburgh.

5. It’s A Business Doing Pleasure With You