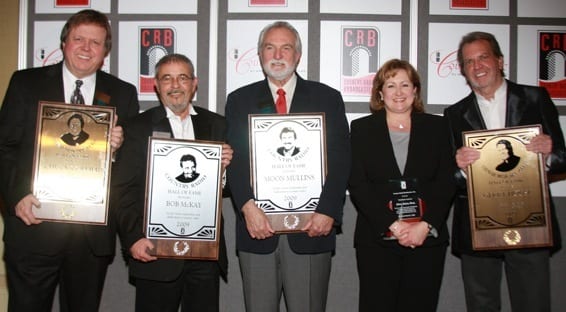 House and Haggard rocked the room at this year’s Country Music DJ and Radio Hall of Fame banquet.

Nashville’s favorite morning jock and the poet of the working man were in the spotlight in the Convention Center ballroom Tuesday evening (3/3) as we eased our way into this year’s Country Radio Seminar whoop-de-doo.

Merle Haggard received the Career Achievement Award from Larry Daniels. It seems that Larry was a DJ at the Bakersfield, CA radio station when a young Merle came by and asked if he could listen to records in the station’s library. Larry also had a band. Merle asked if he could sit in and sing some songs for $35. By the time Larry was on the air in Phoenix, Merle was making $35,000 per show!

Singer Jack Ingram recalled that in Dallas, his first set list had 25 songs, 12 of which were Merle Haggard tunes. “I sang this one at every show,” Jack said, referring to 1982’s “Are the Good Times Really Over.”

“I was in my car when I first heard that,” said Emmylou Harris, “and I nearly drove off the road….I’m nervous about singing my favorite Merle Haggard song in front of Merle. It is also a waltz.” Accompanied by Carl Jackson and Phil Madeira, Emmy sang 1985’s “Kern River.”

Merle was greeted by a long standing ovation as Larry brought him to the stage. The first thing Merle did in his acceptance speech was to thank Jack and Emmy. He is back to touring and recording following a period of ill health.

“I’ve been battling pneumonia, and I think I’m winning,” said Merle. “I’m one of the lucky few who survived lung cancer without chemo or radiation.”

He reminisced about label execs Jimmy Bowen and Rick Blackburn, recalling that the latter repeatedly criticized and made fun of “Kern River.”

“I said, ‘Are you the s.o.b. who fired Johnny Cash yesterday? You’re the dumbest s.o.b. I’ve ever met!’” The crowd roared.

Attendees roared even louder during Gerry House’s evening-closing acceptance speech. Peppered with gags, it was easily the jolliest in the event’s history.

An early radio job was in Richmond, KY, where Gerry recalled that the station was owned by a shyster preacher who said, “Send me your tumors. I’lll heal them and send them back.” He referred to sidekick and inductor Mike Bohan as “my male escort.” “It’s good to see you back in men’s clothes,” he wisecracked. WSIX sidekicks Duncan Stewart and Al Voecks were also ribbed, the latter having endured Gerry’s age jokes for years. “We played ‘What’s in your wallet.’ And when we opened Al’s there was a picture of Jesus. And it was a Polaroid!” Gerry quipped. He thanked his mother for giving him his sense of humor. Back in the day, she was often on his show.

Mother: “I painted the toilet seat, forgot and sat on it.”

Gerry: “What color was it?”

Mother: “Well, I have the only Blue Moon in Kentucky.”

Gerry’s wife Allison and daughter Autumn House were also on the receiving end of his quips. In concluding, Gerry said, “I just hope radio doesn’t forget we’re in the entertainment business.” In his case, it certainly is.

The other DJ Hall of Fame inductee was Chuck Collier, who was inducted by Cleveland’s WGAR p.d. Brian Jennings. Chuck is rare in this industry in that except for a 1975-76 stint in New York City, he has spent his entire career, 37 years, at the same station, WGAR.

Quoting Bill Anderson, Chuck said, “If you can find something you’re so passionate about that you’d do it for free, but they pay you anyway, you’ll never work a day in your life….I’m very blessed.”

A Radio Hall of Fame category was added to this ceremony in 2001 to honor folks who made contributions off the microphone. This year’s honorees were Moon Mullins and Bob McKay.

Bob Moody inducted Moon as “a man who has programmed some of the truly great radio stations in the history of this format.” Moon’s itinerary has included Lubbock, Kansas City, Wichita, Louisville, New York City, Nashville and Tulsa.” He’s currently in Owensboro, KY.

“I’m glad to be going in with a bunch of good guys,” he said, referring to his fellow honorees.

McKay was inducted by Lon Helton. “He has programmed major market country radio stations for 32 years,” said Lon. “He retires at the end of this year after 43 years.”

Bob was the most emotional of the honorees, choking up several times during his acceptance speech. “I really am overwhelmed by this tremendous honor,” he said.

“I look around and I see many of you who have become my extended family,” said Shelia. “The two areas of my career that I hold most dear are country music and country radio. I’m proud that I worked during the era of this format’s greatest growth.” 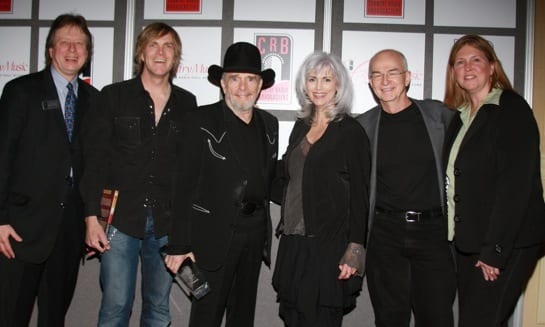