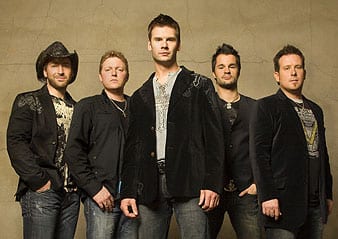 MusicRow has learned that Canadian/Nashville-based band Emerson Drive has split ways with Big Ride Management. The act had been with Big Ride, headed by Gerry Leiske, for many years, including during its mega-No. 1-hit, “Moments” in 2007. Earlier this year, Emerson Drive, on Midas Records, joined forces with the Valory Music Co. The band’s new CD, Believe, is scheduled for an April 7, 2009 release. The current single is “Belongs To You.”