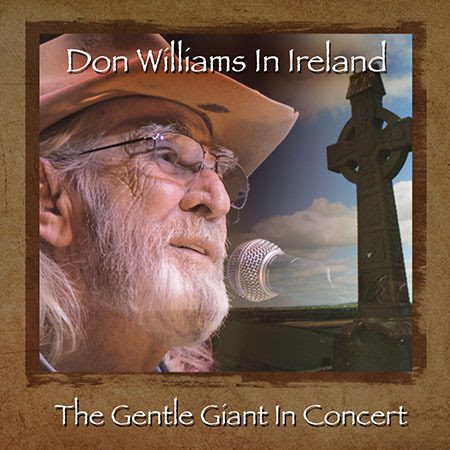 Red River Entertainment/BFD/RED will release Don Williams In Ireland: The Gentle Giant In Concert DVD and CD on April 15. Included on the project are 19 songs such as “I Believe In You,” “Lay Down Beside Me,” and “Tulsa Time.”

“It’s my sincere hope that the fans will enjoy this package,” said the 2010 Country Music Hall of Fame member. “My whole career has been about the fans, and hopefully these songs will bring them as much pleasure as I gained from performing them.”

Williams recently announced his retirement from the entertainment industry after a five-decade career that included hits in both country and pop music. The Grammy Foundation has announced 13 U.S. schools have been selected as Grammy Signature Schools for 2016 and have been awarded cash grants totaling $61,000. This program recognizes top U.S. public high schools that make an outstanding commitment to music education during an academic school year. Each of the 13 Grammy Signature Schools will receive a custom award and a monetary grant to benefit its music program.

Included this year is Pearl-Cohn Entertainment Magnet High School of Nashville, which is awarded the Grammy Signature Schools Enterprise Awards and will receive $5,500.

“We created the GRAMMY Foundation’s GRAMMY Signature Schools initiative to highlight the excellent work being done through music programs at public high schools across the country, and since 1999, we have provided more than $1.3 million to close to 300 schools,” said Neil Portnow, President/CEO of The Recording Academy and the Grammy Foundation. “We are proud to offer these financial resources to augment what are often limited budgets, so that teachers may continue to provide the enriching and lasting benefits of a musical education to their students.”

For more information about the Foundation, please visit www.grammyfoundation.org. 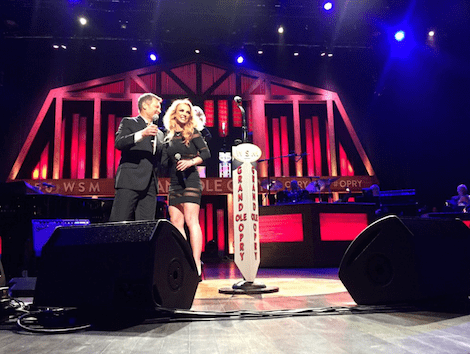 “Not only is she beautiful and extremely talented, she’s my little sister…Jamie Lynn Spears!” Britney excitedly told the crowd.

Jamie Lynn Spears’ brother Bryan, parents James and Lynne, and husband James were also there to support her Opry performance.

A songwriter as well as a performer, Jamie Lynn co-wrote Jana Kramer’s “I Got The Boy.” 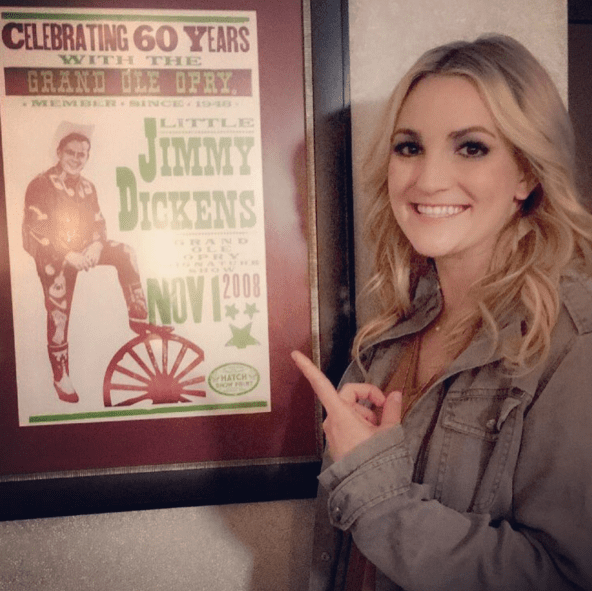 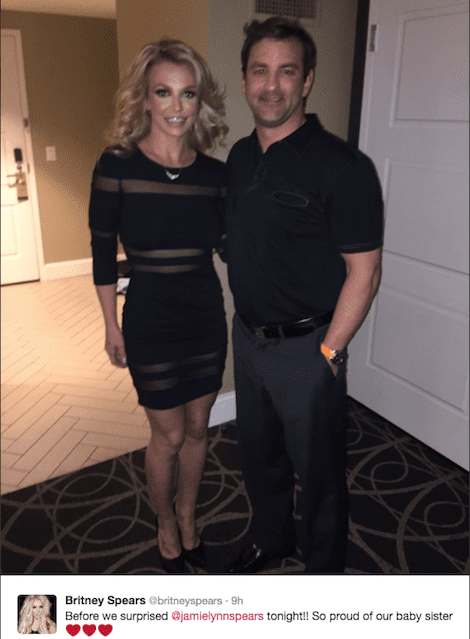 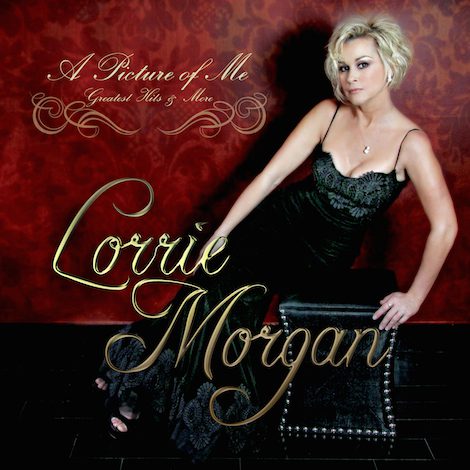 Following the Feb. 12 release of Lorrie Morgan’s first studio album in five years, Letting Go… Slow, she will celebrate the March 18 drop of a brand new compilation album, A Picture Of Me – Greatest Hits & More. The new project is a product of Goldenlane Records, (a division of Cleopatra Records), a label that’s recently released new albums by the Oak Ridge Boys, Collin Raye, Little Texas and TG Sheppard, amongst others.

“Letting Go… Slow is all new music about where I am right now and what all I’ve been through and was forced to learn about all along this crazy journey called life, and A Picture Of Me – Greatest Hits & More is a representation of how far I’ve come,” Morgan said. “This compilation album is, truly, a picture of me – my biggest hits and those songs that have hit me the hardest or inspired me the most over the years. I am very proud of them both.”

The Americana Music Association Board of Directors has announced its newly appointed Executive Committee of the not-for-profit organization.

The Grammy Museum’s Lynne Sheridan will continue to serve as Secretary. The two at-large Executive Committee members are Jonathan Levine of Paradigm Talent Agency and Garth Fundis of Slate Creek Records. Kurt Vitolo will continue in his role as Treasurer, and his firm, KV Financial Group PC, will act as the Association’s accounting firm.

The Americana Music Association Board of Directors consists of 19 elected or appointed industry professionals. The 2016 Board includes, in addition to its Executive Committee members: RCA Records’ Chris Young along with duet partner, Republic Nashville’s Cassadee Pope, took to the skies yesterday (Feb. 22) to give a surprise performance to a packed ‘house’ on Southwest Airlines’ inaugural flight of Tennessee One–a Boeing 737-700, emblazoned with an artist’s rendition of the Tennessee State Flag.

Celebrating being in the state of Tennessee for 30 years, Southwest hosted a reception before the flight where guests enjoyed an acoustic performance by Columbia Recording Artist Maren Morris. Guests were then led outside for an unveiling of the airline’s newest specialty aircraft with Republic Nashville’s A Thousand Horses performing in front of the airliner. Nashville mayor Megan Barry was also on hand for the celebration offering a proclamation from the city. 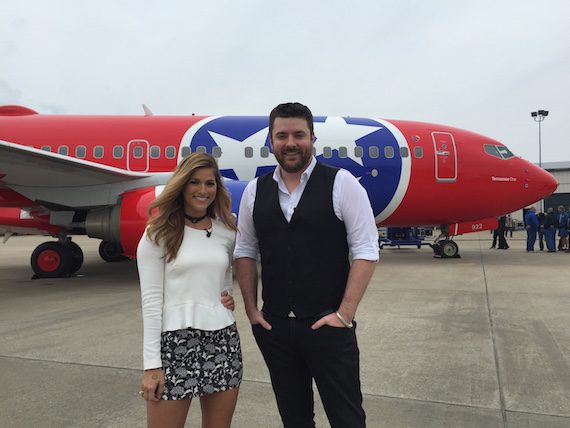 Once in the air, Young entertained the Southwest employees, customers and community leaders in a surprise Live at 35® inflight performance by singing his latest No. 1 hit, “I’m Comin’ Over.” Pope, who is currently touring with Young, joined him for an acoustic version of their duet single, “Think Of You.”

During the flight, Young told MusicRow, “You are up 35,000 feet in the air and performing. Not a lot of people get to check that off a bucket list. It’s an experience unlike anything else.”

“I was so excited to be invited,” added Pope. “There’s always that joke when you carry your guitar on the plane about whether you’re going to play, and today– we finally did!”

The flight arrived in Memphis with a water arch salute and fanfare before heading back to Music City. 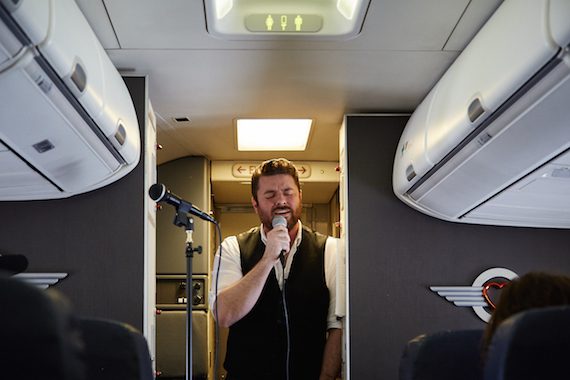 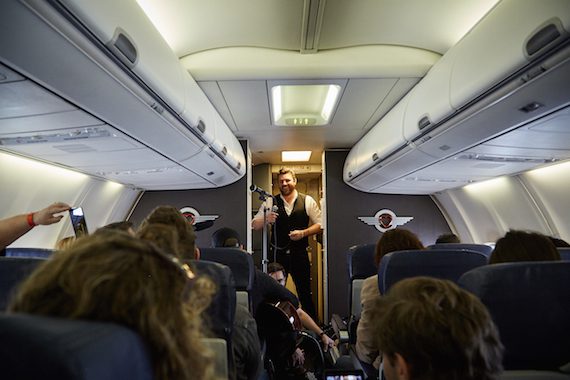 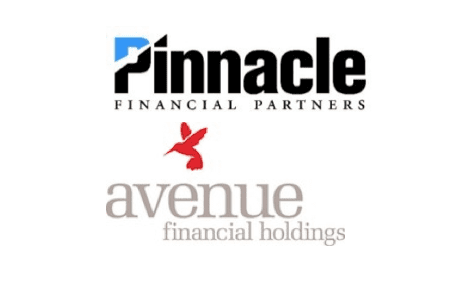 Pinnacle and Avenue Bank have jointly announced today (Jan. 28) the signing of a definitive agreement for Avenue to merge into Pinnacle.

The proposed merger has been approved by each company’s Board of Directors and is expected to close later this year. Completion of the deal is subject to regulatory approvals and the approval of Avenue’s shareholders.

Samuels will be responsible for continuing Avenue’s development of a national franchise focused on the music industry as well as ensuring that Avenue’s history of strong growth continues in the combined firm.

“Both we and Pinnacle have been committed to the idea that Nashville deserves a large and impactful local bank. Bringing Nashville’s two best locally owned banks together is a fabulous thing for this city,” Samuels said. “By joining forces, Pinnacle and Avenue can grow faster and more efficiently, realize more value for our shareholders and provide a broader array of banking services to the client base than we could as independent firms. Since Avenue’s founding in 2006 we have focused on offering sophisticated services to Middle Tennessee’s businesses and their owners with a personal touch, and we will continue that tradition with Pinnacle.”

The full press release can be read here.

Four country music industry professionals have been named for the 2016 “Rumble on the Row” bouts at the 12th annual Ringside: A Fight for Kids gala boxing event, presented by City Auto. It will happen on Friday, March 4 in Liberty Hall at The Factory in Franklin, TN.

The annual Ringside: A Fight for Kids event supports The Charley Foundation, the Nashville non-profit organization that provides assistance to disable and underprivileged children served by medical, recreational and care groups throughout Middle Tennessee.

“Ringside’s ‘Rumble on the Row’ bouts are always the most anticipated and this year’s match-ups will be fierce competitions,” said Carolyn Miller, founder and chairman of The Charley Foundation, who produces the annual event. “I am so grateful to these four gents for their commitment to train and help raise funds for this event which will directly help impact the lives of so many local children in need.”

For tables and tickets, visit charleyfoundation.org. 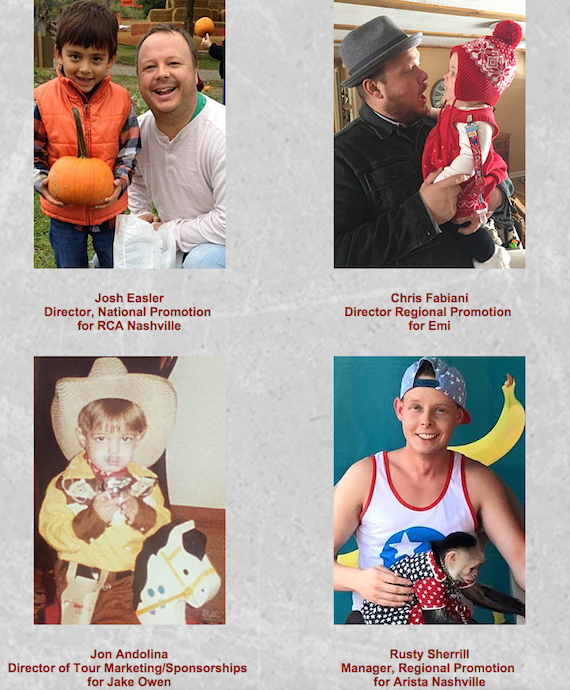 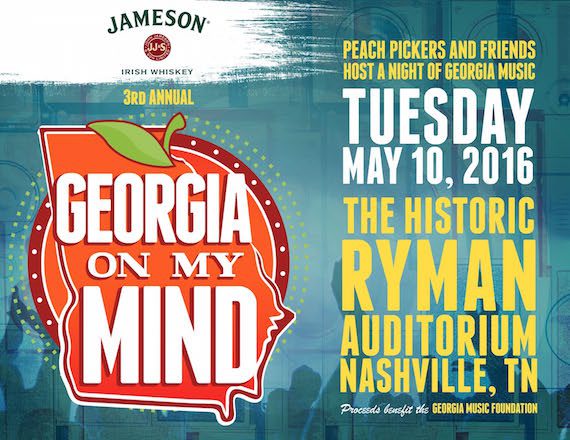 The song-writing trio known as The Peach Pickers (Dallas Davidson, Ben Hayslip, Rhett Akins) will once again host “Jameson Irish Whiskey Presents: Georgia On My Mind,” an evening celebrating the music of Georgia.

The event returns to the historic Ryman Auditorium on Tuesday, May 10, 2016 and will include a special tribute to Otis Redding.

Tickets are available for purchase now, with proceeds benefitting the non-profit Georgia Music Foundation. Tickets are $49.50 and $39.50 and can be purchased via Ticketmaster outlets, ticketmaster.com, ryman.com or by calling 800-745-3000.

Davidson, who serves as chair of the Georgia Music Foundation, says, “For all of us, this benefit concert is about giving back to Georgia and supporting invaluable programs like this one.”

For the past two years, special guests and surprise performers have joined The Peach Pickers on stage including Georgia natives Lauren Alaina, Luke Bryan, Thomas Rhett, Cole Swindell, and more. 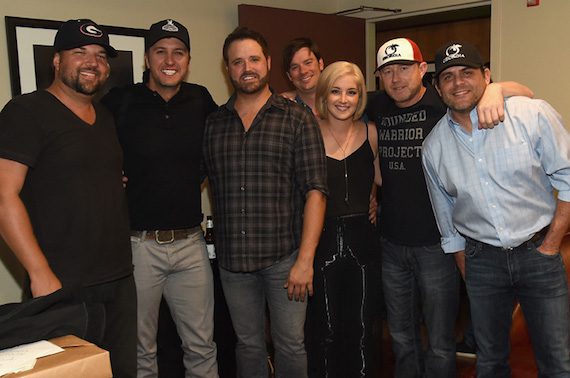 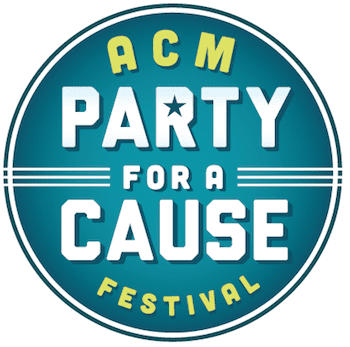 The Academy of Country Music will bring numerous stars to Vegas for its fourth ACM Party For A Cause, slated for April 1-3, 2016 at the Las Vegas Festival Grounds on the Strip.

Underwood is also slated to host a special “ACM Women of Country Night.” More details on the evening will be announced soon.

Ticket proceeds from the ACM Party For A Cause Festival benefit the Academy’s charitable arm, ACM Lifting Lives. Generous giving from fans, and partnerships with artists, has allowed ACM Lifting Lives to support military programs that use music therapy to aid our veterans and wounded warriors, while providing funding to help them ease back into civilian life. Over $400,000 has been donated to various military organizations in just three years.

“We’re excited to bring the ACM Party for a Cause Festival back to our home-away-from-home in Las Vegas,” said Bob Romeo, CEO of the Academy of Country Music. “As we continue to raise the bar in country music entertainment, we’re also educating guests on the causes they’re contributing to. It’s because of the fans buying tickets and joining us for this event, that we’re able to support and give back to those that serve and protect our country.”

Three-day passes are on sale now at www.ticketmaster.com.