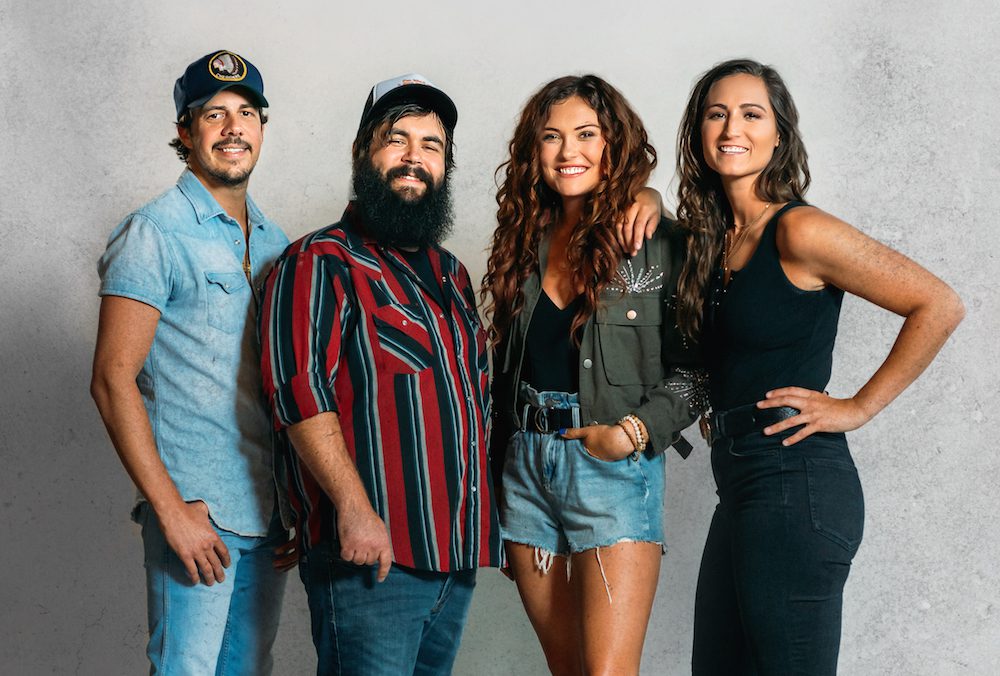 Morgan is a member of CMT’s Next Women of Country Class of 2020, and is currently signed to SMACKSongs as a writer. She has toured with artists including Dan + Shay and is prepping her current project. Duo Everette—which includes Brent Rupard and Anthony Olympia—co-produced and wrote nearly every song on their debut project Slow Roll. Angie K has independently released two projects, toured with Jake Owen and Tanya Tucker, earned a song on Apple Music’s “Hot Tracks” playlist, as well as a track that served as the soundtrack for the Magic Kingdom’s Happily Ever After nightly fireworks show at Walt Disney World.

In October 2019, Everette, Kylie Morgan and Angie K began their work as part of the year-long CMA KixStart Artist Scholarship program (named after Brooks & Dunn’s Kix Brooks). The program connects the selected artists with various members of the music industry and offers them opportunities to participate in CMA events, including the CMA Awards, CMA Fest, CMA Foundation programs and more.

2020 marks the fifth year CRS has partnered with CMA for the event, as well as the 10th consecutive year the Welcome Reception has been part of the CRS agenda. 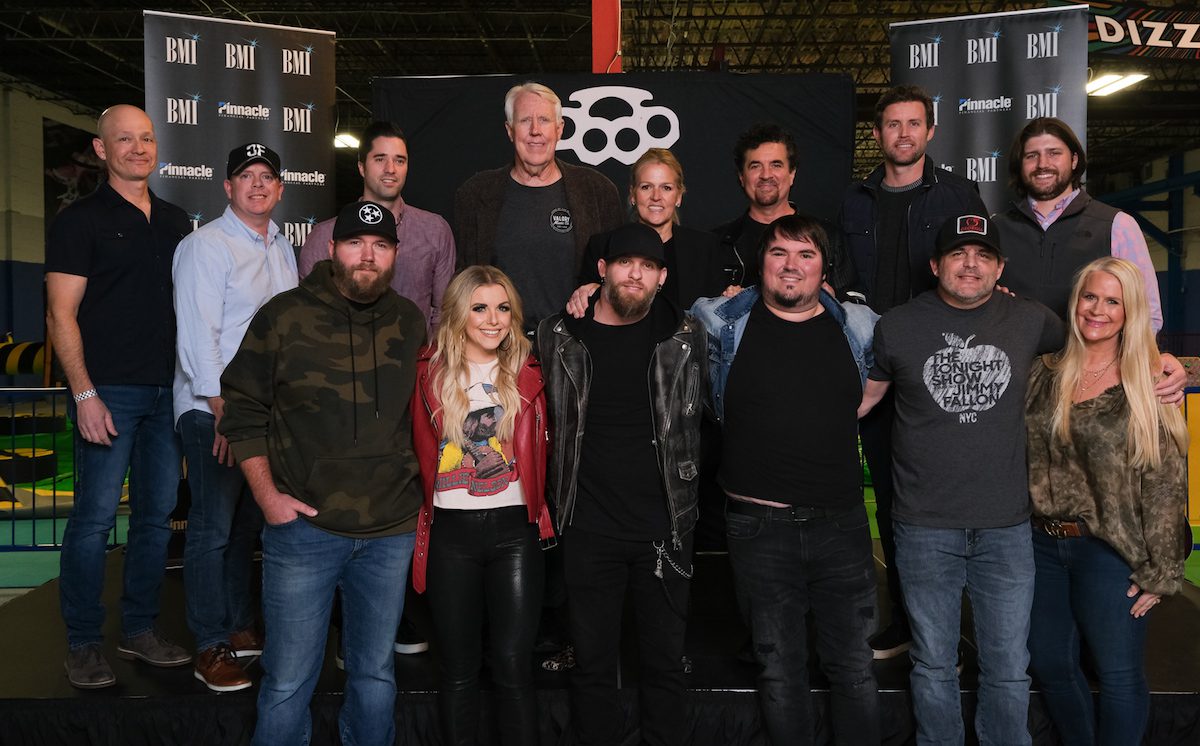 Music City recently celebrated its first No. 1 party of the new decade, honoring The Valory Music Co. artist Brantley Gilbert and Stoney Creek Records artist Lindsay Ell’s “What Happens In A Small Town.” The track marks Gilbert’s fifth No. 1 as an artist and his seventh as a songwriter.

Ell earned her very first No. 1 hit with the churning ballad, which laments the difficulty in ever truly leaving a relationship behind when you live in a tight-knit community.

Members of Nashville’s music industry gathered at Music City Indoor Karting on Jan. 8, for a party hosted by BMI.

Gilbert penned the track with Rhett Akins, Josh Dunne and Brock Berryhill. Dunne celebrated his very first No. 1 with the hit, while “What Happens In A Small Town” is Akins’s 31st chart-topper, and Berryhill’s second. 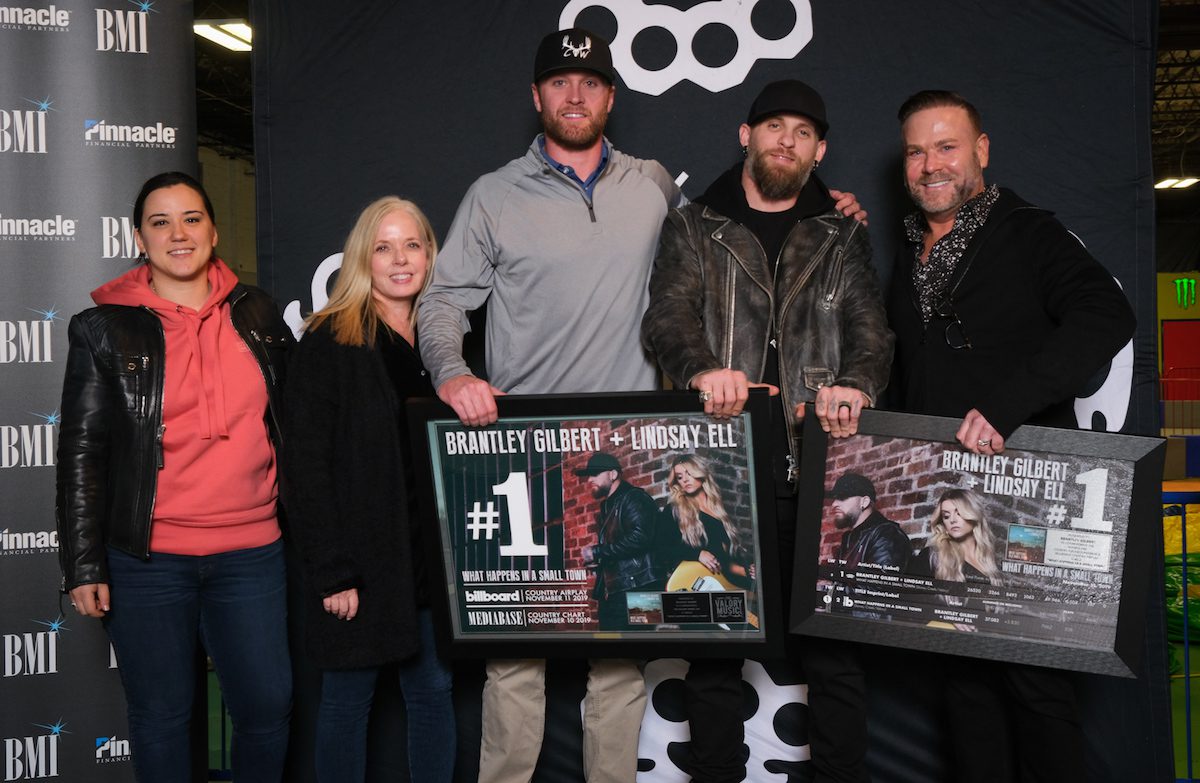 Brantley thanked his co-writers and his label team at Big Machine Label Group, as well as his new management home at Morris Higham; “What Happens In A Small Town” marks his first No. 1 since joining the management company. Gilbert also thanked Ell for joining him on the song. “When you look for a duet partner, you want somebody that is not only going to pull their weight but exceed expectations. You did that and more. I’m honored to share this stage and this song with you,” he said. 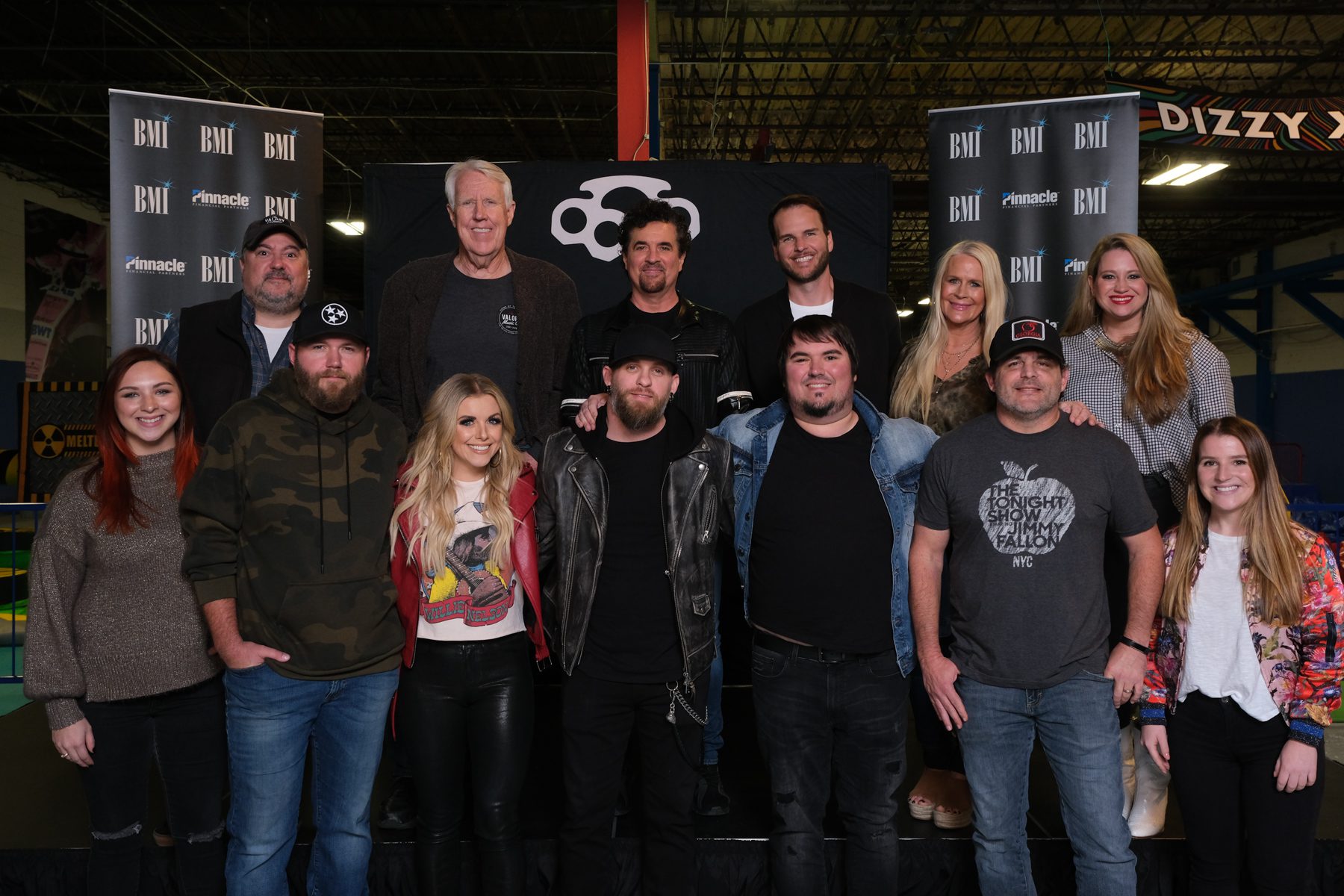 Ell, meanwhile, offered thanks to Brantley and his co-writers, as well as to Borchetta, for bringing her on as part of the project.

“The fact that you were the person to bring up my name and mention it to Brantley in that conference room, I’m truly humbled and honored,” she told Borchetta. “When you have a full roster of artists and pretty much anybody at your fingertips and you guys wanted me to be a part of this song, thank you from the bottom of my heart for changing my life.”

She also thanked The BBR Music Group CEO Jon Loba. “A huge thank you to Jon Loba. You have stood by me in this town ever since I got here. I have been in Nashville for 10 years and there are not a lot of labels that would stand by an artist and keep saying, ‘We just have to find the right 3 minutes,’ and you have told me that sentence so many times.”

Both Gilbert and Ell recently released new songs to country radio, including Gilbert’s “Fire’t Up” and Ell’s “I Don’t Love You.” 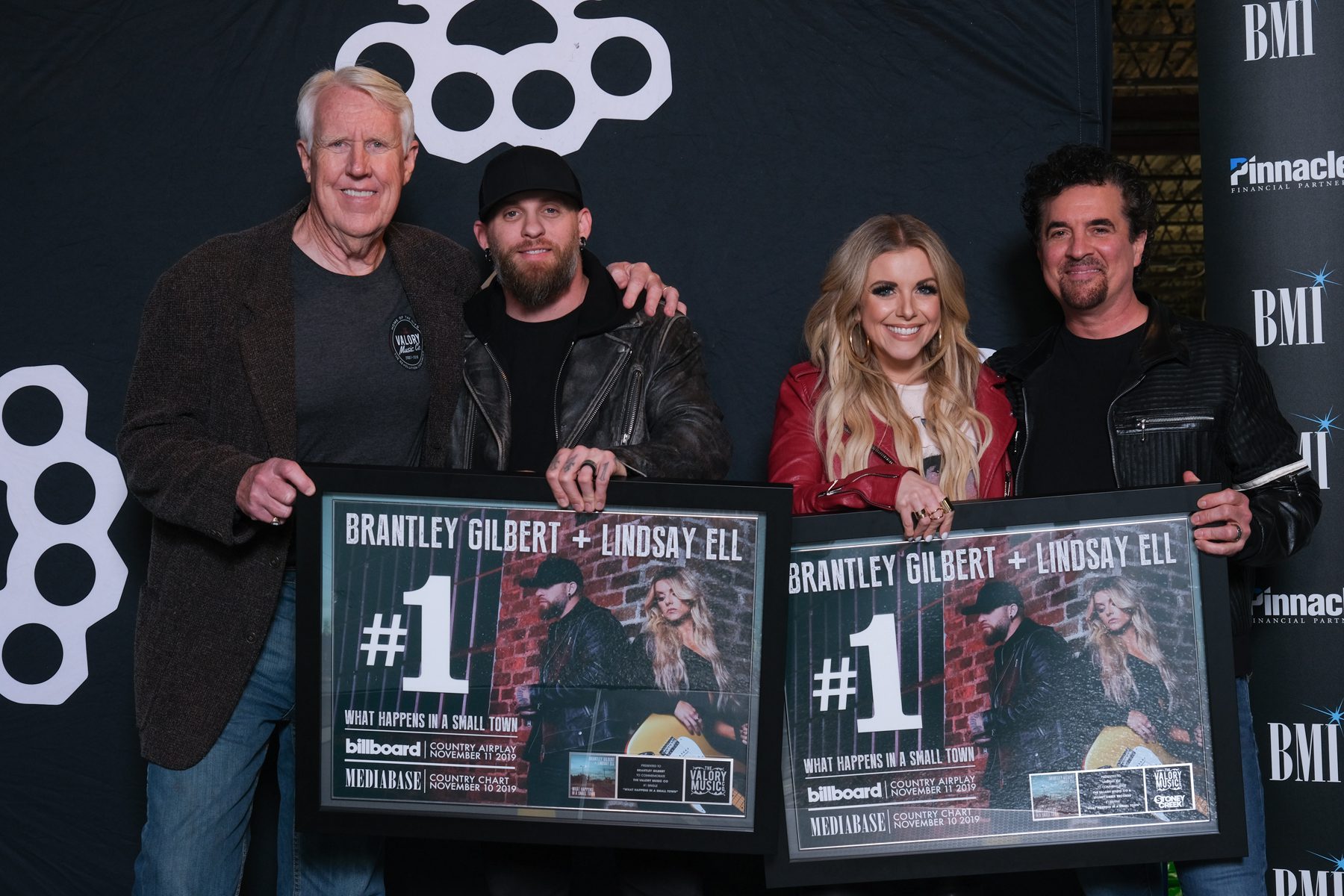 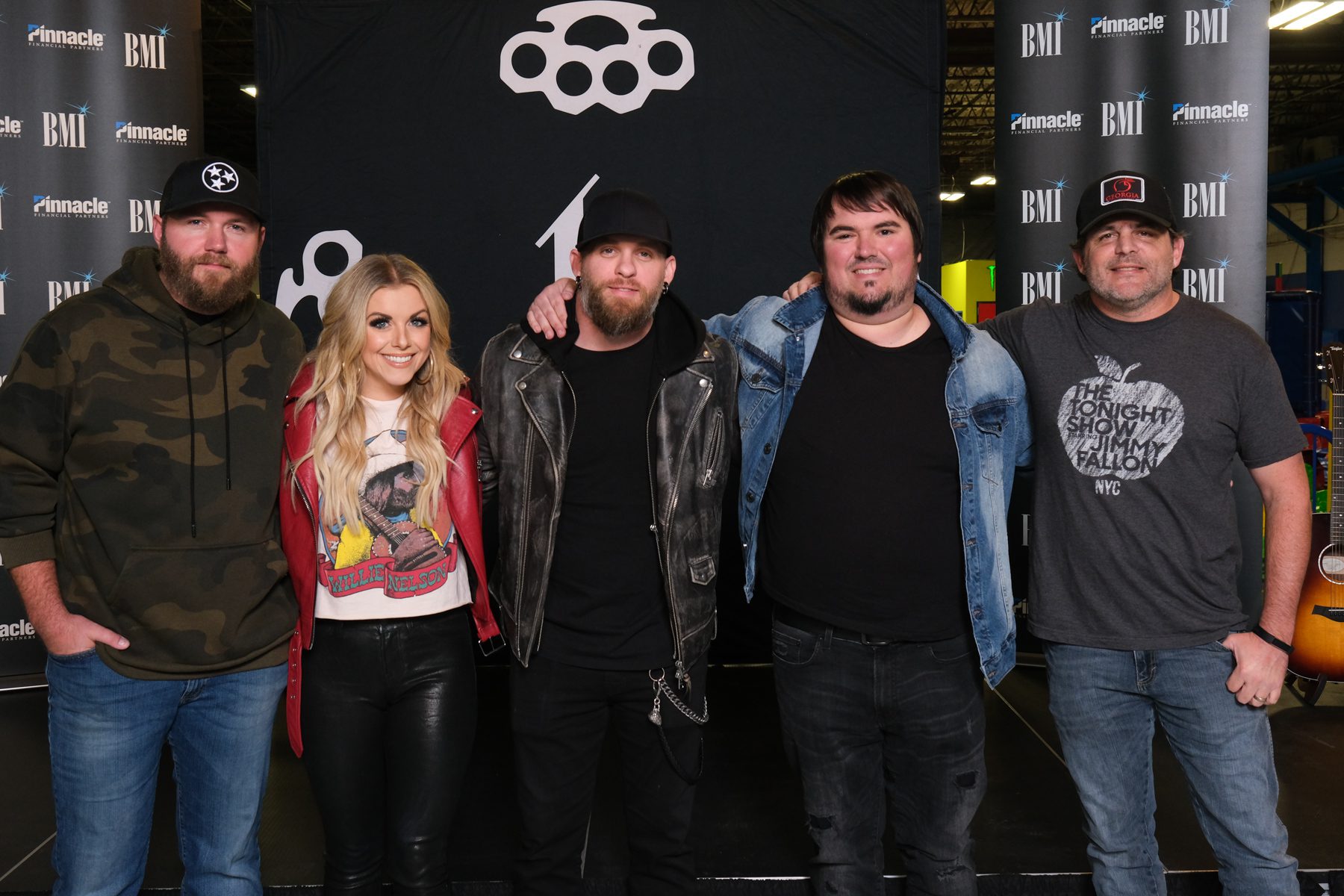 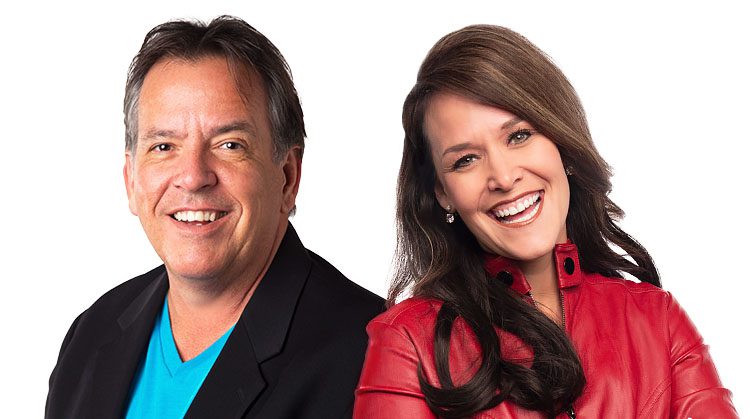 K-LOVE syndicated morning show “The Skip & Amy Show,” will relocate from Indianapolis to Franklin, Tennessee in May.

The show will begin broadcasting on May 18 from Franklin, which coincides with K-LOVE’s annual fan awards, which will be held May 22-24 in Nashville. K-LOVE airs “The Skip & Amy Show” from 5 a.m.-10 a.m. on Monday-Saturday.

Iowa native Amy Baumann has been part of the K-LOVE morning show since 2011. Skip Mahaffey joined K-LOVE in 2016, after being part of the morning show at country station KPLX in Dallas. Mahaffey is a three-time CMA Air Personality of the Year, and has worked at stations including KVOO, WFUS, and WQYK.

K-LOVE CEO Bill Reeves said, “Having personally been a part of the Franklin Christian music and media community for almost 25 years, I believe having K-LOVE’s morning show in the heart of it all will further deepen the network’s relationships with the industry and artists, and ultimately serve our listeners and supporters even better.” 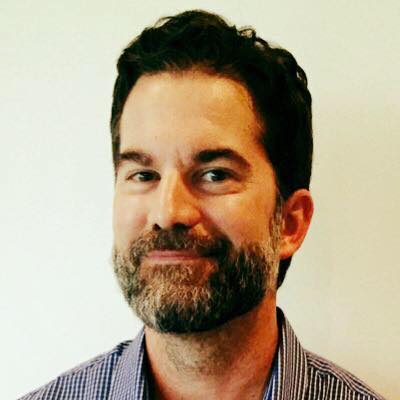 Pearl Records’ Glenn Noblit has been promoted to Director, National Promotion. He previously served as Director of Regional Promotion, and has worked in a variety of roles ranging from publicity to radio promotion for more than two decades. He has served in roles at Warner Brothers, Lost Highway, AristoMedia, and Reviver Records.

“Glenn was the very first call I received as soon as we made the announcement to build out Pearl’s promotion team in the summer of 2016,” shared Mandy McCormack, SVP Radio Promotion & Marketing, Artist Strategy. “I could tell from that initial conversation that he brought the energy and ‘Garth passion’ I was looking for to be part of the Pearl family. From that moment on, his work ethic, to his passion, to his attention to detail and to his overall good-hearted approach…he has proven to be one of the very best in the business and we are extremely fortunate to have Glenn as a leader on our team.”

“I couldn’t be more grateful to Garth, Trisha, Mandy, Lesly and Andy for their confidence in me on this awesome promotion,” added Noblit. “This is my dream job and I can’t wait to see all of our country radio family at a Dive Bar or Stadium near YOU in 2020!”

Noblit can be reached at [email protected]PearlRecordsinc.com. 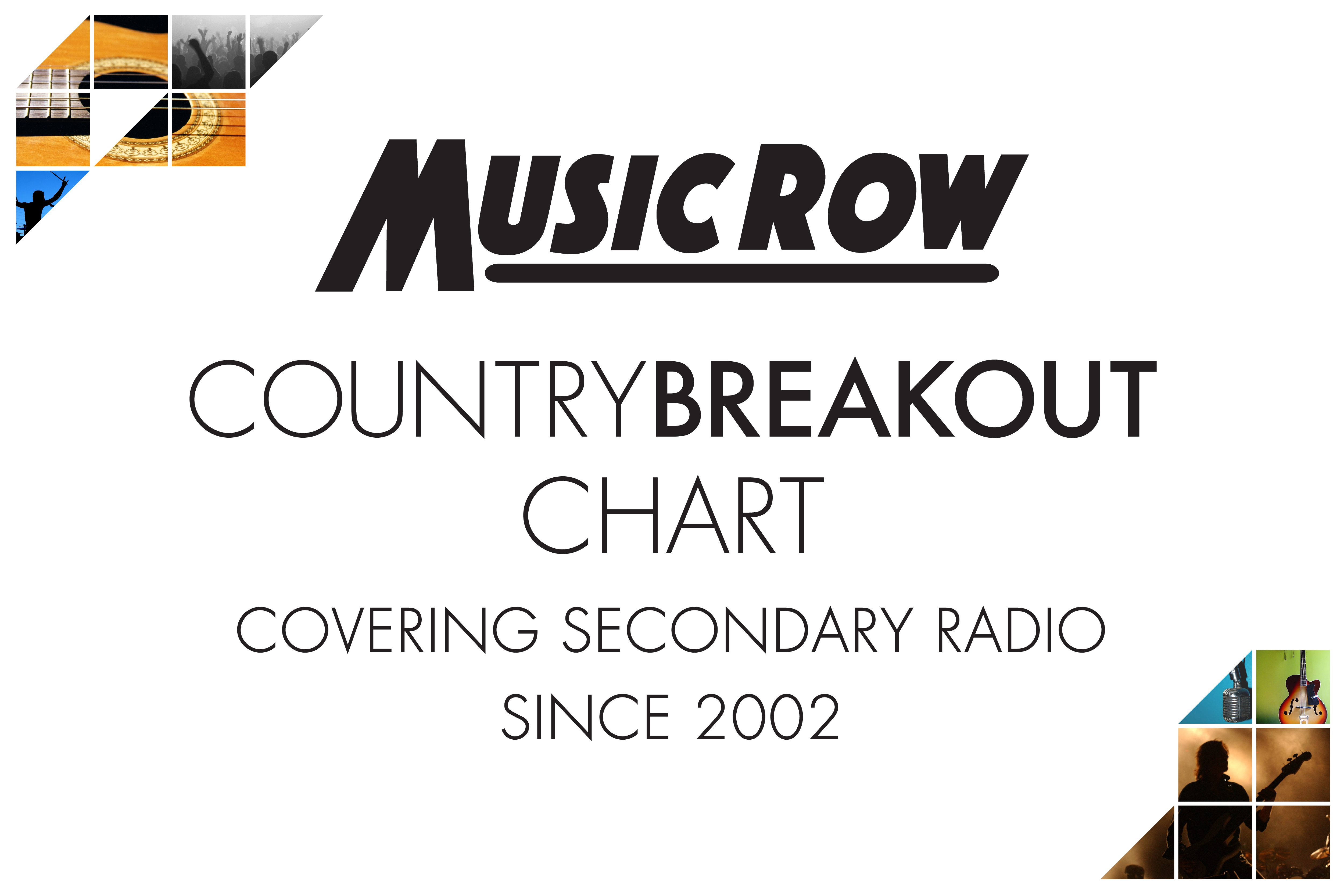 Since 2002, the MusicRow CountryBreakout Chart has crowned No. 1 songs in the secondary country radio marketplace. MusicRow congratulates each artist, songwriter and label for its accomplishments this year.

Two artists earned the most songs on the CountryBreakout Chart in 2019, Luke Combs with “Beautiful Crazy,” “Beer Never Broke My Heart” and “Even Though I’m Leaving” and Thomas Rhett with “Sixteen,” “Look What God Gave Her” and “Remember You Young.”

The 18th Annual MusicRow CountryBreakout Awards, based on radio airplay reported by stations on MusicRow’s radio panel, will be held on Wednesday, Feb. 19 with an invitation-only ceremony. 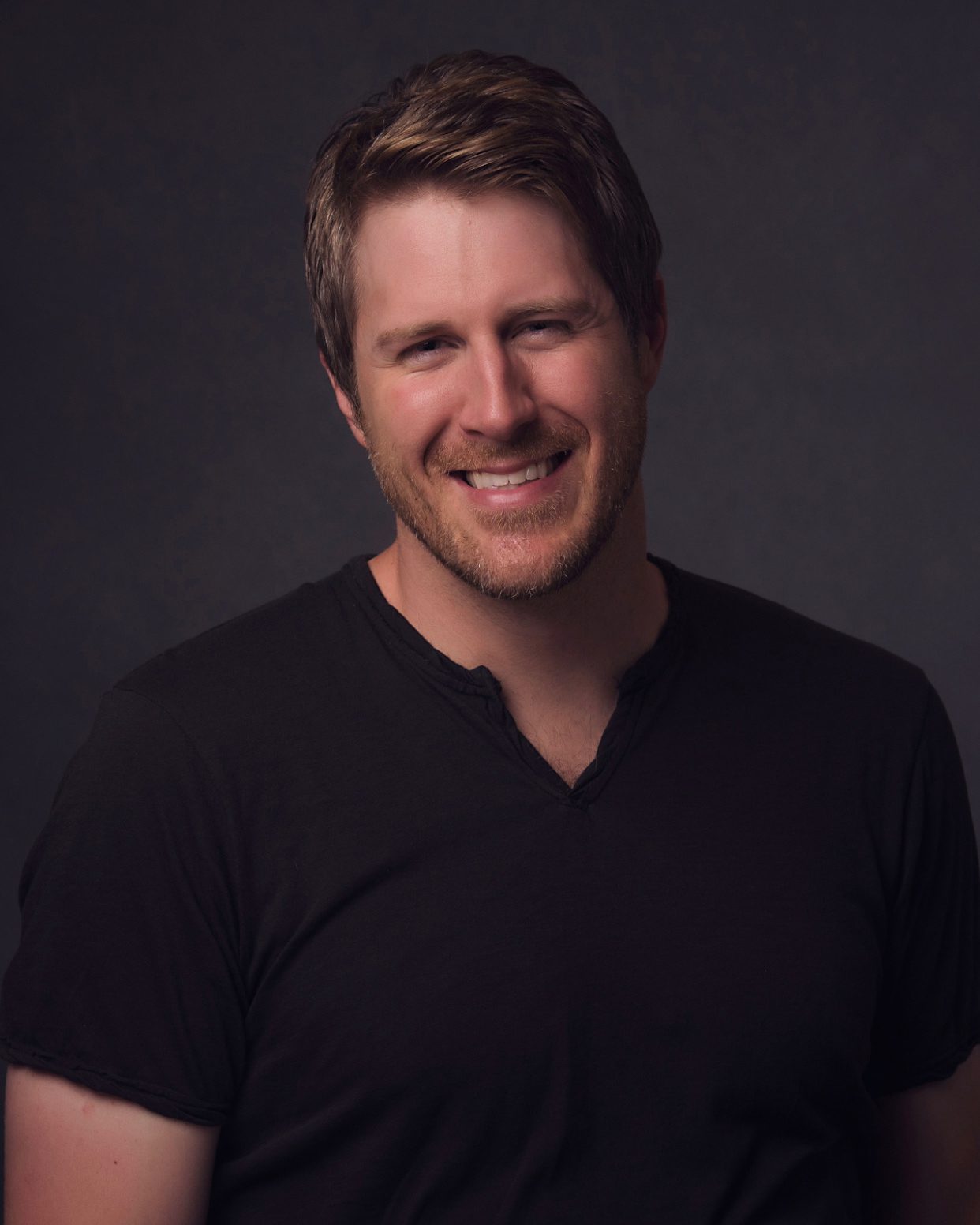 Hubbard Radio and Nan Kingsley’s KCCS Production have inked a multi-year partnership to launch the new Bob Kingsley’s Country Top 40 with Fitz on over 300 stations worldwide. The show will also feature audio from the Kingsley Archives. Skyview Networks will exclusively lead network sales and will oversee the show’s distribution. Following Kingsley’s commitment to new music discovery, the show will continue to showcase the entire Top 40.

“I listened to Bob Kingsley every weekend when I was a kid,” commented Fitz. “His loss is still sinking in, but I am honored to be taking the reins from the man who instilled in me a lifelong love of country music and the love of the ‘countdown.’ This moment is surreal, and I do not take the responsibility lightly. I am excited and honored to carry his torch and hope that I can do for the next generation of country music fans, what the legendary Bob Kingsley, did for me. I am grateful to Nan Kingsley and hope to make her and Bob proud!”

“Bob and I built a family business working alongside one another for more than 30 years. After spending time with [Hubbard Radio CEO] Ginny Morris and her stellar team discussing their business philosophy, it was very evident to me that Hubbard is the perfect partner to continue the legacy of the countdown show Bob led for 45 years,” stated Nan Kingsley, President/CEO of KCCS Productions. “Having the chance to sit with Fitz, who so eloquently shared his passion for Bob and the show, leaves me feeling excited and encouraged about the next iteration of Country Top 40.”

Bob Kingsley became country music’s first nationally syndicated personality in the late 1970s. Together with his wife and business partner Nan, Bob built the largest independently owned and operated audio archive in country music history, with more than 10,000 hours of produced content and an additional 18,000 hours of interviews dating back to 1967. 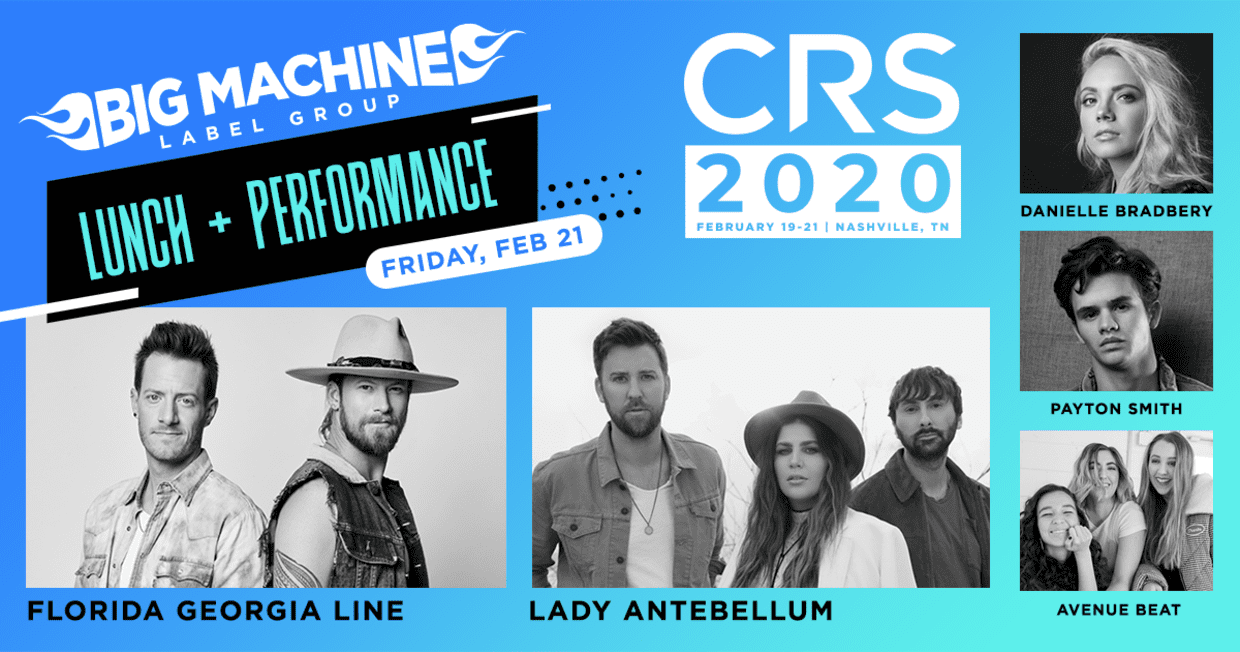 The luncheon is set for Friday, Feb. 21 in the Broadway Ballroom (CRS Performance Hall powered by Live Nation) at Omni Nashville, beginning at Noon. Country Radio Seminar 2020 is set for Feb. 19-21.

Registrations for CRS 2020 can be obtained at CountryRadioSeminar.com. The rate of $649 is now in effect.