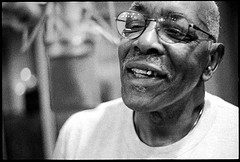 Isaac “Dickie” Freeman, the revered bass singer of the Nashville gospel group The Fairfield Four, has died at age 84.

A member of the Gospel Music Hall of Fame and a Grammy Award winner, Freeman had been in declining health for several years. He passed away on Tuesday, October 16.

He was born in Alabama and raised in Ohio. In the 1940s, he began his singing career in the gospel groups The Golden Tones and The Kings of Harmony.

Freeman first joined the long-established Fairfield Four in 1948. One of gospel music’s oldest and most influential harmony quartets, the group was founded in 1925 at Nashville’s Fairfield Baptist Church. When Freeman joined, the group was already recording for Bullet Records and broadcasting its own show on WLAC radio. The program had national distribution via the CBS radio network.

In 1950, Freeman left Nashville to sing in the Alabama-based Skylarks. He moved back to Music City in 1962. After a period of dormancy, The Fairfield Four was reconstituted in 1980. During the next few years, the group resumed recording and sang with such stars as Amy Grant, Elvis Costello, Johnny Cash, John Fogerty and Lyle Lovett.

The group’s 1999 album I Couldn’t Hear Nobody Pray won a Grammy Award. The following year, Freeman and his musical partners were featured in the movie O Brother Where Art Thou as well as on its multi-million selling soundtrack album.

Freeman issued his first solo album in 2002. Titled Beautiful Stars, it was produced by Kieran Kane and featured Mike Henderson’s band The Blue Bloods as well as The McCrary Sisters. The McCrarys’ father, Sam McCrary, was The Fairfield Four’s anchor tenor vocalist and most enduring member. After he died in 1989, Freeman became the group’s cornerstone and musical director.

Funeral arrangements for Isaac Freeman have not been announced. 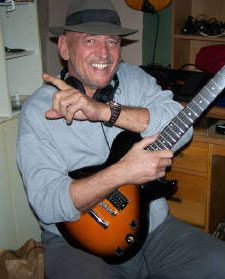 Zimmerman played guitar as a member of the Malaco Rhythm Section in the ‘70s with James Stroud, Don Barrett, and the late Carson Whitsett before he made his move to Nashville. He played on sessions and toured with KT Oslin, Mila Mason, Holly Dunn and more. He also owned and operated Dino’s Demos recording studio.

A Celebration of Life will be held in his honor September 22 at 3 pm in the Reverb Room, second floor of the Hard Rock Cafe in downtown Nashville.

Entertainer Debbie Pierce, who was a member of the 1980s female country group Chantilly, has died at age 58.

A Nashville native, she was born in 1954 and graduated from John Overton High in 1972. She began her career as a harmony singer and backup vocalist in the road show of her father, Country Music Hall of Fame member Webb Pierce (1921-1991).

She made her recording debut on Decca Records with two singles in 1969 and a third on MCA in 1973.  The father-daughter duets “On My Way Out” and “Reality of Life” were issued by Plantation Records in 1979 billed as “The Pierces.”

She formed Chantilly with lead vocalist Kim Williams and harmony singer P.J. Allman. The group placed seven singles on the charts between 1982 and 1984.

Pierce later worked as a member of the security personnel for the Country Music Hall of Fame. She settled in Goodlettsville, TN

Funeral arrangements were for immediate family only. 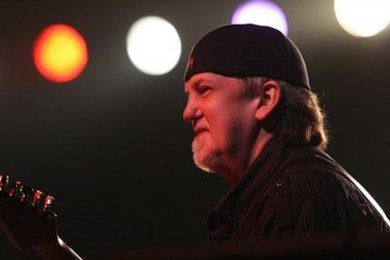 Marshall Tucker Band family is mourning the loss of longtime band member and guitarist Stuart Swanlund who passed away in his sleep at his Chicago home last Saturday (8/4). Swanlund was 54.

Swanlund was the longest standing member of the band since 1985 when he started playing slide guitar for the group.

“Our thoughts and prayers are with Stuart’s family and those who knew him,” said founding member Doug Gray. “We have lost a great friend.”

Puerto Rican born, Swanlund was raised in Spartanburg, SC, where he was influenced by Gray, who rehearsed in his neighborhood.

When not touring with The Marshall Tucker Band, Swanlund performed in Chicago with local band, the Tone Generators.

Funeral services for Swanlund will be held this Saturday, August 11 at 11:00 am at the Good Shepherd Memorial Park in Boiling Springs, SC.

MusicRow offers its condolences to family and friends of “Miss Rita” Lee, the widow of Buddy Lee Attractions founder Buddy Lee, who passed away the morning of Friday, July 27.

Funeral service will be held Thursday, August 2, at The Cathedral of the Incarnation (2015 West End Ave., Nashville) at 10 am. www.nashvillecathedral.com

Lee is survived by her children Joey, Donna, Gina, Tony and grandchildren. 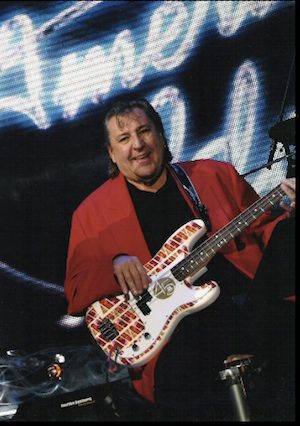 Renowned bass player Bob Babbitt died yesterday, July 16, in Nashville. His session work can be heard on countless classic recordings, including many as a member of revered group the Funk Brothers. He was 74 and had been battling brain cancer.

He was born Robert Kreinar in Pittsburgh, Pennsylvania, and went on to become a member of the Motown Records studio band the Funk Brothers from 1966-1972. During this time Babbitt’s bass licks contributed to seminal hits “My Girl,” “I Heard It Through the Grapevine,” “Papa Was A Rollin’ Stone,” and “Ain’t No Mountain High Enough.”

During his career Babbitt played on over 100 million recordings, including the landmark songs “Signed, Sealed, Delivered I’m Yours” by Stevie Wonder, “Mercy Mercy Me” and “Inner City Blues” by Marvin Gaye, and “Midnight Train to Georgia” by Gladys Knight and the Pips.

Babbitt moved to Nashville in the mid 80s and continued working here and elsewhere.

When The Funk Brothers were inducted into the Musicians Hall of Fame in 2007, Musicians Hall Pres. Joe Chambers stated, “The records that Bob played on have not only become hit records; they have become their own genre. Much like the music of the A Team became known as the Nashville Sound, the music of the Funk Brothers became the sound of Motown. There are very few musicians whose music has impacted so many generations with no signs of slowing down. Bob Babbitt and the Funk Brothers have done just that.”

Babbitt was honored with a star on the Music City Walk of Fame on June 5, 2012. 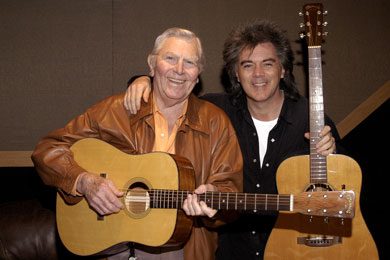 Beloved television actor and singer Andy Griffith passed away earlier today (7/3) at his home in Dare County, NC. He was 86. The news was confirmed to North Carolina’s WITN News by Griffith’s friend, UNC President Bill Friday.

Known for his down-to-earth leading roles in The Andy Griffith Show (1960-1968) and Matlock (1986-1995), Griffith became a symbol of small town America as Sheriff Andy Taylor. Also a talented vocalist and musician, Griffith recorded several country and gospel albums throughout his lengthy career. In 2005, Griffith was awarded the Presidential Medal of Freedom by President George W. Bush.

Andrew Samuel Griffith was born in Mount Airy, North Carolina, and attended the University of North Carolina at Chapel Hill (UNC). Griffith was originally studying to be a preacher, but changed his major to music. Following graduation, he taught high school English before launching his entertainment career.

His first forays into entertainment were comedic monologues, including “What it Was, Was Football” which charted in 1954. He landed a role in the teleplay No Time For Sergeants in 1955, and made his film debut as a darker, less wholesome character in A Face in the Crowd (1957).

The Andy Griffith Show began airing on CBS in 1960, when the Sheriff Andy Taylor character was spun off from Make Room For Daddy. The highly successful show set in fictionalized Mayberry, NC, ran eight years, earning multiple Emmy Awards for the comedic performances of Griffith’s co-star Don Knotts. Griffith later found success in 1986 with the legal drama Matlock, in which he starred as a country lawyer with a knack for winning his cases.

In addition to his humorous monologues, Griffith also recorded an album of country and gospel songs while The Andy Griffith Show was in production, which included a version of the show’s iconic theme song “The Fishin’ Hole.” He later recorded several albums of hymns for Sparrow Records, including the successful 1996 release I Love To Tell the Story: 25 Timeless Hymns which won a Grammy Award for Best Southern Gospel Album. In 2003, Griffith recorded The Christmas Guest with producer Marty Stuart. In 2008, he appeared in Brad Paisley’s video for “Waitin’ On a Woman.”

Turner Classic Movies will pay tribute to Griffith’s career by showing four of his films on July 18. Starting at 7 pm CT, TCM will show A Face In The Crowd, No Time For Sargeants, Hearts of the West, and Onionhead. 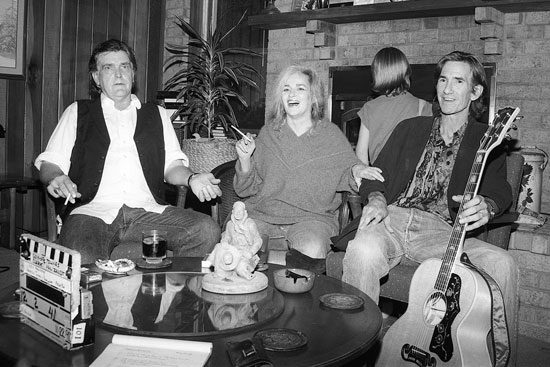 MusicRow sends its condolences to family and friends of songwriter and painter Susanna Clark, who passed away in her sleep at home earlier this week after a lengthy illness. She was 73.

Long an important part of Nashville’s creative community, Susanna Clark’s songs have been recorded by her husband Guy Clark, Emmylou Harris, Miranda Lambert, Jerry Jeff Walker, and many others. Her song “Come From the Heart” (co-written with Richard Leigh) was a hit for Kathy Mattea in 1989.

A native of Atlanta, Texas, she met Guy Clark in Oklahoma in 1969 and the couple relocated to Nashville in 1971. They were married on songwriter Mickey Newbury’s houseboat in 1972 and befriended songwriters like Townes Van Zandt and Rodney Crowell.

Clark was also a former art teacher whose paintings were used for the covers of Willie Nelson’s Stardust, Guy Clark’s Old No. 1 and Emmylou Harris’ Quarter Moon in a Ten Cent Town. A line from “Easy From Now On,” a song Clark co-wrote with Carlene Carter, formed Harris’ album title and inspired the cover painting.

A spokesperson for the family says that there will be no funeral service, in accordance with Susanna’s wishes. 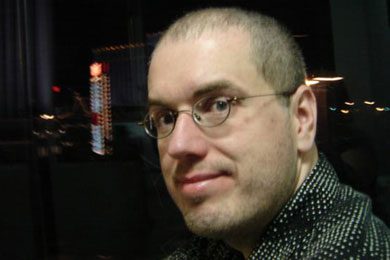 MusicRow sends its condolences to friends and family of music journalist Chris Neal, who passed away at his Nashville home on Sun., June 17. He was 40 years old.

A veteran journalist, Neal was serving as a Senior Editor for M Music & Musicians magazine and was part of the team that launched the publication in January 2010. He previously spent 10 years with Country Weekly, and freelanced for a variety of publications such as Village Voice, Salon.com, Nashville Scene, Performing Songwriter, American Photographer and many others. Over his 12 years in Nashville he interviewed hundreds of artists that hailed from every musical genre.

He is survived by his wife, Katie Dodd Neal.

In lieu of flowers the family requests donations to the Humane Society. 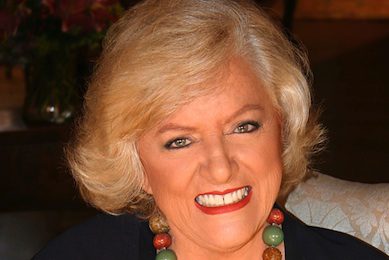 Frances Williams Preston departed the community she nurtured with the same grace and class she displayed when she was living in it.

The Rev. Becca Stevens, who co-officiated at the funeral with the Rev. Brian Hooper, likened the passing of Frances Preston to the falling of a mighty oak tree. Stevens is married to BMI songwriter Marcus Hummon, and she recalled the many occasions when Preston treated them so warmly at BMI banquets. She told the attendees how blessed they had been to have known such greatness.

“On the eighth day of Creation, God created music,” said Stevens. “Frances carried music to the farthest corners of the world.”

Vince Gill reflected that Preston was powerful, but that she wielded her power with grace and kindness. He sang “Go Rest High on That Mountain” in honor of his fellow Country Music Hall of Fame member.

Soprano Terri Richter provided some of the funeral service’s most memorable music. She sang “Ave Maria,” “O Divine Redeemer” and an a cappella “The Lord’s Prayer” and led the congregational singing of “Amazing Grace.”

Deanna Loveland performed harp instrumentals as mourners entered the sanctuary. Organist Mark Beall played “O God Be Merciful to Me” and “A Mighty Fortress” as Preludes to the service.

The church was decorated with massive white floral arrangements. The church bulletin’s cover was a reproduction of an abstract oil painting by the deceased’s late brother Doug Williams, also depicting a flower arrangement.

Frances Williams Preston was laid to rest with a graveside ceremony at Spring Hill Cemetery on Monday afternoon.