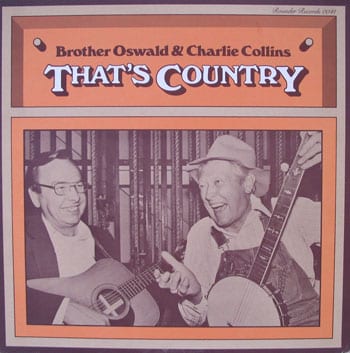 Charlie Collins (L) with Brother Oswald on the cover of the Rounder Records album "That's Country."

Grand Ole Opry sideman and world-class flat-top guitarist Charlie Collins has died at the age of 78.

Also an excellent fiddler and mandolin player, Collins came to prominence when he joined Roy Acuff’s Smoky Mountain Boys band in 1966. The Tennessee native had previously been the fiddler in The Pinnacle Mountain Boys, 1960-66.

Following Acuff’s death in 1992, Collins continued to entertain on the Opry stage in a duo with Dobro player and fellow Acuff alumnus Brother Oswald (Beecher Kirby). The two recorded several albums together, including Os and Charlie and That’s Country for Rounder Records. Collins also recorded as a sideman with Jim & Jesse, Norman Blake, Sam Bush and others.

Brother Oswald retired in 1999 and died in 2002. Collins continued to perform on the Grand Ole Opry in the band backing the Opry Square Dancers.

On Saturday, Jan. 7, Collins performed on the show backing the dancers. He reportedly returned home that night and played his fiddle until around midnight. He suffered a massive stroke on Sunday morning. His death four days later, on Thursday, Jan. 12, was as a result of complications from that stroke.

Longtime road and production manager Rick “Crabber” Crabtree passed away on Dec. 21, 2011. He had been battling cancer for two years but was in remission when he died in his sleep.

Among the artists he worked with on the road were Ricky Van Shelton, Tammy Cochran, Lorrie Morgan, Tanya Tucker and Johnny Paycheck. His career also included time as production manager at the Wildhorse Saloon and the Mohegan Sun Casino.

He is survived by wife Kate. 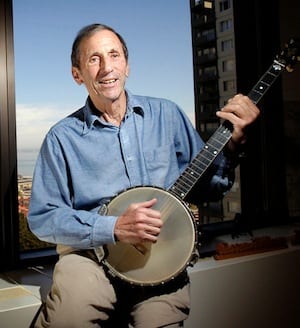 Warren Hellman, musician and founder of the popular Hardly Strictly Bluegrass Festival died Sun., Dec. 18 in San Francisco. He was 77 and had been battling leukemia.

Hellman built a very successful career in finance during his time with Lehman Brothers in New York, and eventually continued his career in his hometown San Francisco. The billionaire’s community endeavors included starting the city’s free bluegrass festival. Last year it attracted more than 750,000 people over three days, and showcased such a diverse lineup as Steve Earle, Elvis Costello, John Mellencamp, Robert Plant and Emmylou Harris.

Hellman also enjoyed performing with his band The Wronglers. The San Francisco Chronicle expects thousands of mourners to turn out for today’s (12/21) memorial service. In lieu of flowers, the Hellman family requests that donations be made to the San Francisco Free Clinic, The Bay Citizen or the San Francisco School Alliance. 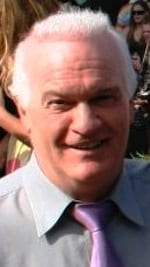 Television/video editor Terry Climer died at home on Sun., Dec. 18. He was 60. A memorial service was held last night (12/20) at Sellars Funeral Home in Lebanon, Tenn.

The Lebanon native began his career at the town’s local radio station WCOR and eventually made his way to the television industry, working in Los Angeles and Nashville. He was nominated for two primetime Emmys.

Climer enjoyed spending time with family and friends, and following the sports teams of his alma mater Western Kentucky University. He was also a dog lover.

In lieu of flowers, the family requests donations be made to the Humane Society of Wilson County or Western Kentucky University. 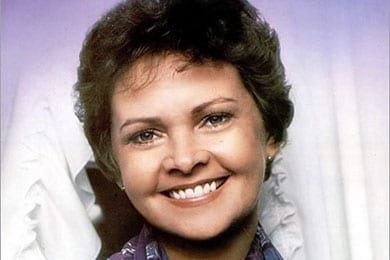 Billie Jo Spears, one of the most consistent female country hit-makers of the 1970s, has died in Texas at age 74.

She was famous for her 1975 international smash hit “Blanket on the Ground,” as well as for working-girl anthems and for songs that fused country and disco. Spears was extremely popular in Great Britain and was a fixture in Branson, Mo. for a time.

Born in 1937 in the shipyard city of Beaumont, Texas, she was the daughter of a truck driver father. Her mother was a welder in the shipyards, as well as a guitarist in the Light Crust Doughboys western-swing band. Billie Jo Spears began singing professionally at age 13. She first recorded in Houston at that age and also appeared on the Louisiana Hayride in Shreveport, La.

After working as a drive-in restaurant carhop and as a secretary, she moved from Texas to Nashville in 1964. Signing with Capitol Records, she first hit the top-10 on the country charts with 1969’s “Mr. Walker It’s All Over,” the saga of a downtrodden secretary. She followed it with “Pittsburgh General,” which stood up for nurses. Other early singles included “Stepchild” (1969), in which a boy kills his abusive stepfather, and “Marty Gray” (1970), which dealt with teen pregnancy.

She faded from the hit parade and underwent vocal-cord surgery, then scored a huge comeback on United Artists Records with the toe-tapping “Blanket on the Ground.” It became her first and only No. 1 hit, both in the U.S. and abroad.

Her other hits include 1976’s “Misty Blue” 1978’s Love Ain’t Gonna Wait for Us” and 1979’s “Livin’ Our Love Together.” She also recorded several notable duets with the late Del Reeves. Throughout her career, she sang with a tangy Texas accent and a feisty attitude. Her last appearance on the national country charts was in 1984.

Billie Jo Spears was married five times. In later years, she retained her popularity in the U.K. and recorded several albums for that market. She continued to tour stateside, despite triple-bypass heart surgery in 1993. Her most recent album was released in 2005. She had 22 British shows booked for 2012 at the time of her death.

She died of cancer on Wednesday morning, December 14. Survivors and funeral details were not available at press time.