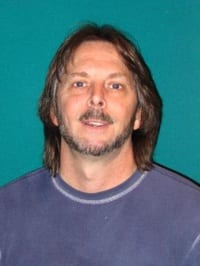 •••Singer/songwriter Todd Cerney, the writer of hits including “Good Morning Beautiful,” and “I’ll Still Be Loving You” has been diagnosed with Stage 4 cancer. The Grammy nominee and ASCAP Country Song of the Year winner has had cuts by Lynyrd Skynyrd, Etta James, Cheap Trick, The Four Tops / Aretha Franklin, Levon Helm, Jason And The Scorchers, John Anderson, The Whites and many more. A bank account to help with medical costs has been set up at Regions Bank’s Music Row branch. Donations can be made at any Regions branch or can be mailed to: Friends of Todd Cerney Account , Regions Bank,  1600 Division St., Nashville, TN 37203 or call 615-748-2792. Messages for Todd can be posted at www.caringbridge.org/visit/toddcerney or email Todd at [email protected] For more details contact [email protected] 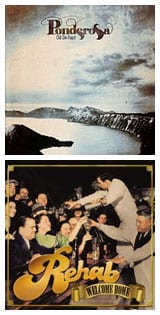 Before you dismiss this list as a pack of nobodies, check the fine print.

Between them, these minor leaguers have ties to such major leaguers as The Bellamy Brothers, George Jones, Jason & The Scorchers, former Georgia Satellite Dan Baird, Kid Rock, Uncle Kracker and Charlie Daniels. Plus, there’s a surprising amount of class on display.

The Atlanta-based foursome Ponderosa wins a DisCovery Award with its rootsy, rocking “Old Gin Road,” a preview of its CD dropping in January. Recorded in Nashville, this disc appears on New West Records, a label that last made news by releasing the soundtrack to Crazy Heart with its Oscar winning “The Weary Kind” track.

Rehab tours with the afore-mentioned Kid Rock and Uncle Kracker and has also collaborated with Hank Williams Jr. I’m not sure what to call the band’s sound, but whatever it is, it wins Disc of the Day. And, yes, the group’s roots were planted in a rehab facility.

JESSE BREWSTER/I’m Not Broken
Writer: Jesse Brewster; Producer: Jesse Brewster; Publisher: none listed; Crokked Prairie (track) (www.jessebrewster.com)
—His voice is somewhat lightweight for the heavy, rocking chorus instrumentation. He does get points for whistling the bridge.

ERIC LEE BEDDINGFIELD & GEORGE JONES/The Gospel According To Jones
Writer: Barber/Beddingfield/Fears; Producer: Kent Wells; Publisher: Rebel Dawg/Bar Frog/Faverett Tracks, BMI; Rebel Dawg (track)
—The packaging is sensational, a multi-fold-out concept I’ve never seen before. The album is titled This Life Ain’t For Everybody. On this stand-out ballad, Eric is an existential honky-tonker addressing his barroom congregation by moaning and quoting the Possum’s song titles. The boy can definitely sing it country. George’s cameo vocal occurs at the finale.

REHAB/Welcome Home
Writer: D. Alexander/M. Hartnett/W. Scheiner; Producer: Ed Rowland; Publisher: Warner Robbins/M. Hartnett/Wayne Scheiner, BMI/ASCAP; Universal Republic (track)
—The singing and beats are so rapid-fire that it is almost like rap. But the lyric is loaded with hillbilly heart, the harmonies are straight from church and the sentiments are as country as all get out. A very creative sonic adventure.

BRUCE BROWN/Off The Edge
Writer: Bruce Brown; Producer: Bruce Brown & Casey Wood; Publisher: Brass Crab, BMI; BB (track) (www.brucebrownmusic.com)
—Bruce has been in the Charlie Daniels Band for more than 20 years. He’s a guitarist with a deft touch who’s also handy with a hooky melody. On this instrumental title tune to his new CD, he makes his axe “talk” almost like a human voice. It’s a really cool listening experience. Elsewhere on the album, he sings in a jazzy, groove-soaked kinda tone. Recommended.

STACIE COLLINS/Hey Mister
Writer: Collins/Collins/Hodges; Producer: Dan Baird; Publisher: Collinsville/Nashville Flash/Bug, SESAC/BMI; Rev (track) (www.staciecollins.com)
—I hear she burned the house down at her album-release party last week. She’s a harp-blowing rocker with attitude to spare. On this lead track to her Sometimes Ya Gotta CD, she wails with a funky backbeat and snarling electric guitars (thank you Warner Hodges and Dan Baird) behind her. Excitement on plastic.

THE LAWS/Try Love
Writer: John Lee/Michelle Lee/A.J. Master; Producer: J.P. Cormier; Publisher: SWITR/Can of Words/Moo Ka Moo, SOCAN/BMI; JML (track) (www.thelaws.com)
—The title tune to this Canadian husband-wife duo’s CD is rather underproduced. John’s lead vocal is expressive and soulful, but all that backs him are an acoustic guitar and mandolin. Folk hootenanny, anyone? 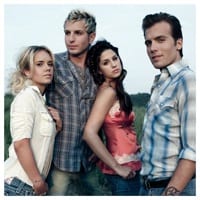 Gloriana and Crystal Shawanda are among the country artists performing on tomorrow’s Macy’s Thanksgiving Day Parade. Gloriana will sing its Gold single “Wild At Heart” during the 84th annual event in New York City, airing live on NBC from 9am to 12pm.

Shawanda, whose radio hits include “You Can Let Go,” will perform “Let’s Come Together” on tomorrow’s event. She is a First Nations member of the Ojibwe band in her native Canada, and will represent the Onieda Indian Nation on its “True Spirit of Thanksgiving” float. More than 3.5 million people are expected to attend the Thanksgiving Day parade and more than 50 million viewers tune in nationwide.

Chuck Wicks will help kick off the holiday season in Atlanta at the 63rd annual lighting of the Macy’s Great Tree on Thanksgiving evening. More than 100,000 fans are expected to attend the event at Atlanta’s Lenox Square Mall, and another half-million are expected to watch the live broadcast on WSB-TV. Wicks’ new single, “Old School,” is about to hit radio. It is from his second album, due in 2011. 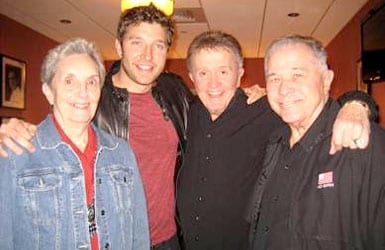 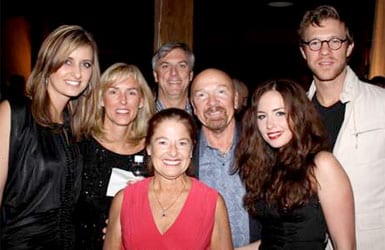 Before now, giving the gift of digital music would have meant fighting crowds at Best Buy and Target for iTunes gift cards. But with the arrival of Amazon’s MP3 Gifting service, it can be done without ever leaving home.

Launched shortly after the company’s new Kindle Book Gifting service, Amazon’s MP3 gifting allows consumers to buy albums or individual tracks, personalize the purchase with a custom message, and enter the gift recipient’s email address. Recipients will be alerted with an email message letting them know they have a gift waiting. There’s no risk either–if the recipient doesn’t want the chosen album, it can be exchanged for store credit. The service works with all Amazon MP3 downloads. 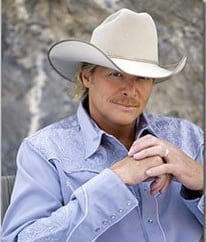 Alan Jackson will be honored with the Greatest Hits Award at the American Country Awards on Dec. 6. He will also perform during the show, airing live on FOX from Las Vegas’s MGM Grand Garden Arena.

Jackson has sold more than 50 million albums during his 20-year career, making him a fitting recipient for the Greatest Hits Award.

Visit www.theacas.com for a complete list of categories and nominees. 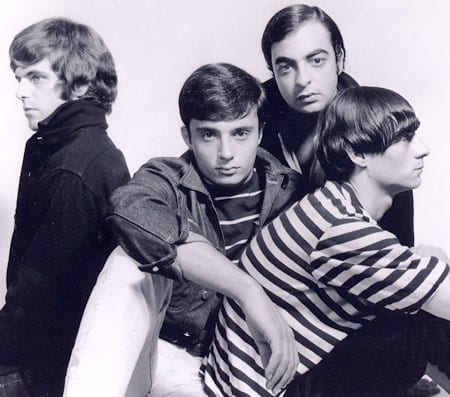 Nashville singer, songwriter and musician Barry Tashian is to be inducted into the Boston Music Awards Hall of Fame on December 5 because of his 1960s career in the rock band The Remains.

As Boston college students, The Remains were signed to Epic Records in New York, but came to Nashville in 1965 and 1966 to record at the Quonset Hut with producer Billy Sherrill. The group’s debut album was reissued on CD and vinyl in 1999. A Remains Greatest Hits CD appeared in 2007. The Remains were the subjects of the 2009 documentary film America’s Lost Band.

During a brief career, The Remains appeared on such national TV programs as Hullabaloo and The Ed Sullivan Show. The band was chosen as an opening act on the final Beatles U.S. tour in 1966. That experience led to Tashian’s 1997 book Ticket to Ride. After the tour, The Remains broke up.

Tashian next surfaced as a sideman for Gram Parsons in the 1970s. He moved to Nashville in 1980 and was the lead guitarist in Emmylou Harris’s Hot Band in 1980-88. He records and performs today in the Americana/folk duo Barry & Holly Tashian with his wife. Son, Daniel Tashian is a Nashville pop mainstay.

The Remains last reunited for a CD and tour in 2002. In addition to Tashian on lead vocals and lead guitar, the group includes Vern Miller on bass, Bill Briggs on keyboard and Chip Damiani on drums. Tashian says they plan to perform at the induction ceremony.

“All four of us consider it a privilege and an honor to be inducted,” said Tashian. 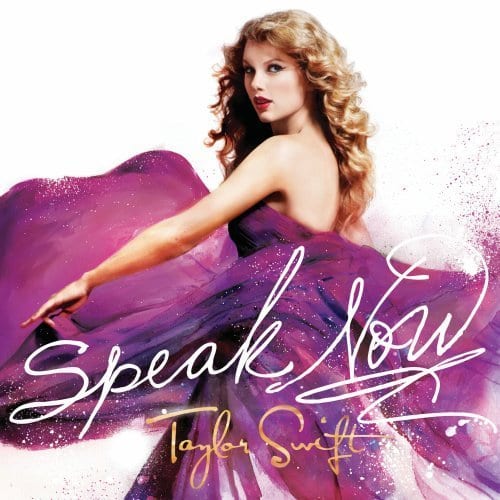 Speak Now is going international following the announcement of her Speak Now World Tour 2011, which gets underway February 9 in Singapore. The global trek currently has 87 shows scheduled, spanning 19 countries in Asia, Europe and North America. Tour dates for New Zealand and Australia are planned for later in the year.

During the first quarter of 2011, Swift will tour through Asia and Europe before launching her North American tour May 27 in Omaha, NE. Six stadium shows, including the Dallas Cowboys Stadium and Heinz Field in Pittsburgh, are on the itinerary. The North American leg is sponsored by Covergirl, and tickets start at $25.

She will perform in Nashville September 16 and 17. 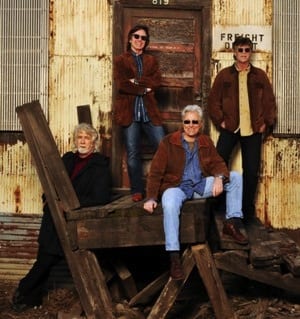 New Frontier Touring has signed Nitty Gritty Dirt Band for exclusive worldwide representation. The multiple Grammy and CMA award-winning band is known for its Will the Circle Be Unbroken album, and classic hits such as “Mr. Bojangles” and “Fishin’ In the Dark.” 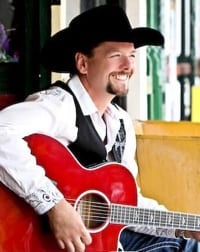 As a performer Shepherd tours the world, most recently completing a ten-day cultural exchange mission tour through Saudi Arabia where he played a series of shows for Saudi citizens, Marines, and U.S. Embassy employees.

Songs performed by George Canyon, Doc Walker, Johnny Reid and The Road Hammers were among the songs honored at the annual SOCAN Awards last night (11/22) in Toronto, ON. Sarah McLachlan was a standout winner, earning nine SOCAN Classic Awards for songs that reached at least 100,000 radio plays. Composer Galt McDermot (Hair) was named SOCAN’s Lifetime Achievement Award winner. Vancouver-based Songwriter/producer/instrumentalist Brian Howe was given the International Achievement Award for his work with Hinder, Daughtry, David Cook, Puddle of Mudd and more. Canadian rockers Nickelback also earned multiple recognitions for their hits “Gotta Be Somebody” and “If Today Was Your Last Day.”