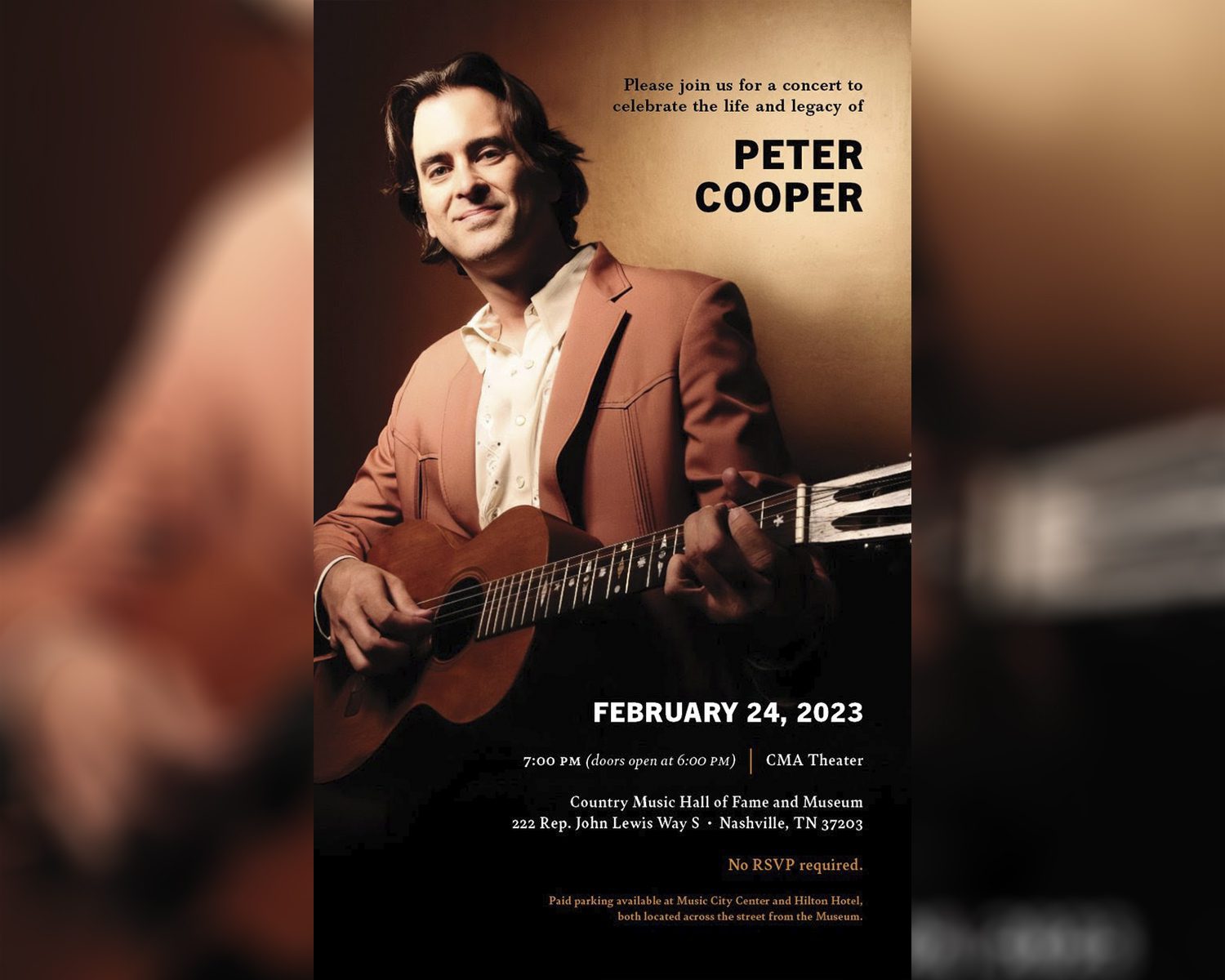 A celebration of life for beloved Nashville journalist, historian and musician Peter Cooper has been set for Feb. 24. Taking shape as a special concert celebration, the evening will be held in the CMA Theater at the Country Music Hall of Fame & Museum at 7 p.m. CT. No RSVP is required.

Before his death, Cooper held the position of Senior Director, Producer & Writer at the Country Music Hall of Fame. For many years prior, he served as a reporter for the Tennessean, and his work has appeared in Esquire, Oxford American, Mix and American Songwriter magazines. Cooper also wrote liner notes for albums from Country Music Hall of Fame members Emmylou Harris, Kris Kristofferson, Cowboy Jack Clement, Ronnie Milsap and Mac Wiseman, as well as the inscription on George Jones’ tombstone.

A Grammy-nominated singer-songwriter and producer, Cooper recorded three solo albums, as well as three alongside singer-songwriter Eric Brace, and appeared on the Grand Ole Opry, A Prairie Home Companion, The Tonight Show and The Late Show with David Letterman. As a songwriter, Cooper’s work has been recorded by John Prine, Bobby Bare, Jim Lauderdale, and others.