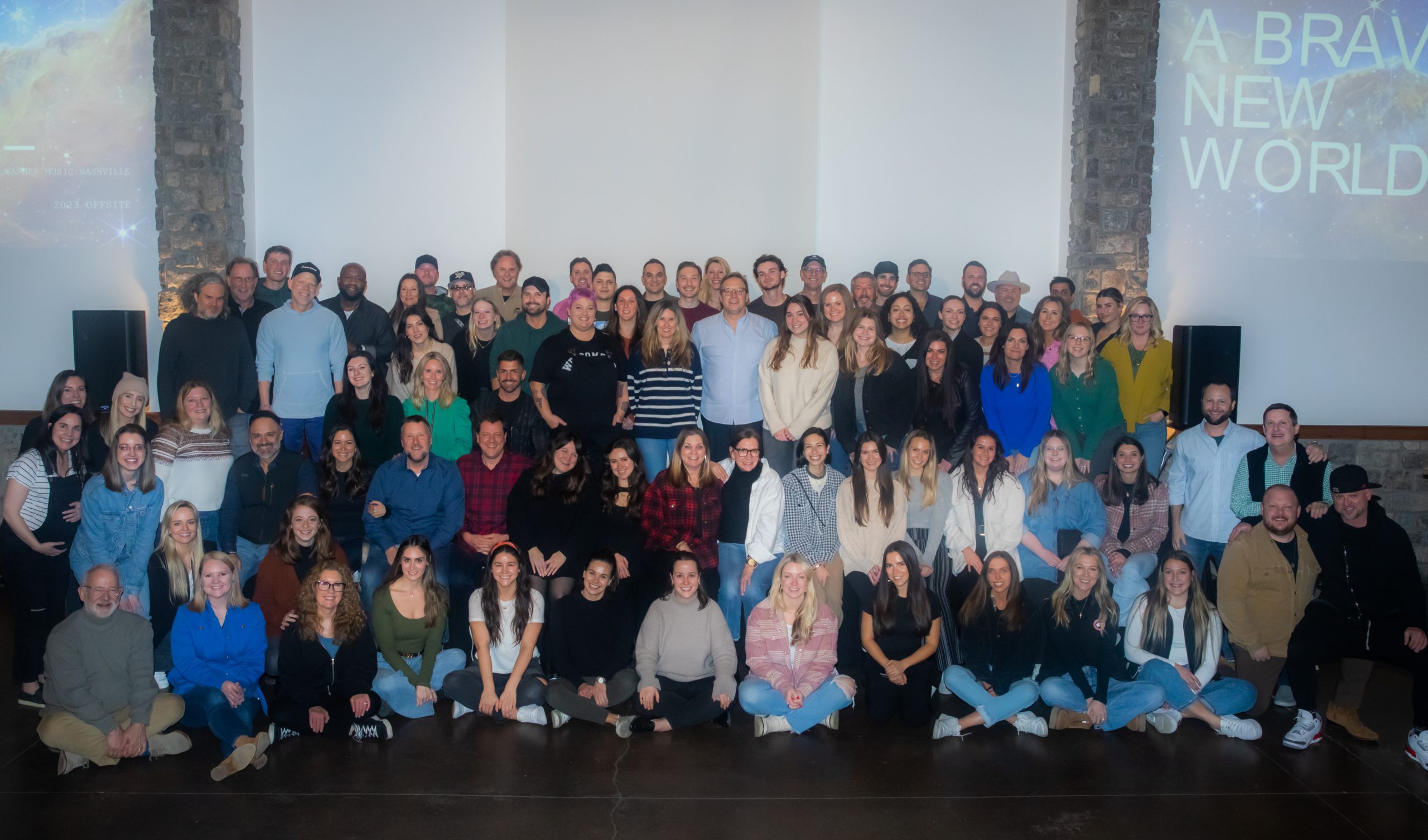 Warner Music Nashville Co-Chairs / Co-Presidents Ben Kline and Cris Lacy ushered in a new era of leadership at the label with the beginning of 2023.

In June of 2022, the music industry veterans were announced as successors to the beloved John Esposito, who remained Chairman & CEO through the remainder of the year. Esposito is now officially Chairman Emeritus, and Lacy and Kline are in charge. The two launched the new year last week (Jan. 11) alongside the full WMN team with a day of culture building and informational programming at a company-wide off-site meeting.

“I’m honored to lead WMN with Cris in what is an exciting time of change and opportunity for this business,” Kline shared of the transition. “We are committed to continuing our leadership position within that change by being laser focused on our incredible artists, their powerful music and their creative visions.”

Lacy added, “Let’s be honest, this is a time of great change in the world at large too. When culture shifts, music ignites, it bridges, it covers, it uncovers. We are here for all of that, and proud to be the Nashville contingent that amplifies those stories to all parts of the globe.”

Kline joined WMN in 2014 as VP of Revenue. In 2017, he was named SVP of Global Revenue & Touring, and was upped to EVP/General Manager years later where he oversaw radio & streaming, artist development, touring, and international. In his three decades in the music industry, Kline’s previous posts have included EVP of Sales & Marketing at Universal Music Group and SVP of Global Sales & Marketing at Ingrooves. He also founded and served as CEO of Brazenhead Entertainment and VP of Sales and Marketing at Rostrum Records.

Lacy joined WMN in 2005, following posts at Tom Collins Music Publishing, Rick Hall/FAME Publishing, Island Bound Music, and WMG’s Warner Chappell Music. At WMN, she was upped to SVP of A&R in 2017 and EVP of A&R two years later. Lacy has been the driving force behind the signing of many of the label’s most prominent artists, including Kenny Chesney, Zac Brown Band, Cole Swindell, Ashley McBryde, Cody Johnson, Chris Janson and Gabby Barrett.

Warner Music Nashville was established in 2009 under the direction of Esposito to expand Warner Music Group’s presence in Music City. Since then, the division’s artists have spent more than 107 weeks at No. 1, earning 74 chart-topping singles and more than 300 Gold and Platinum RIAA certifications, along with Grammy, CMA, ACM, Billboard, AMA, and People’s Choice awards.