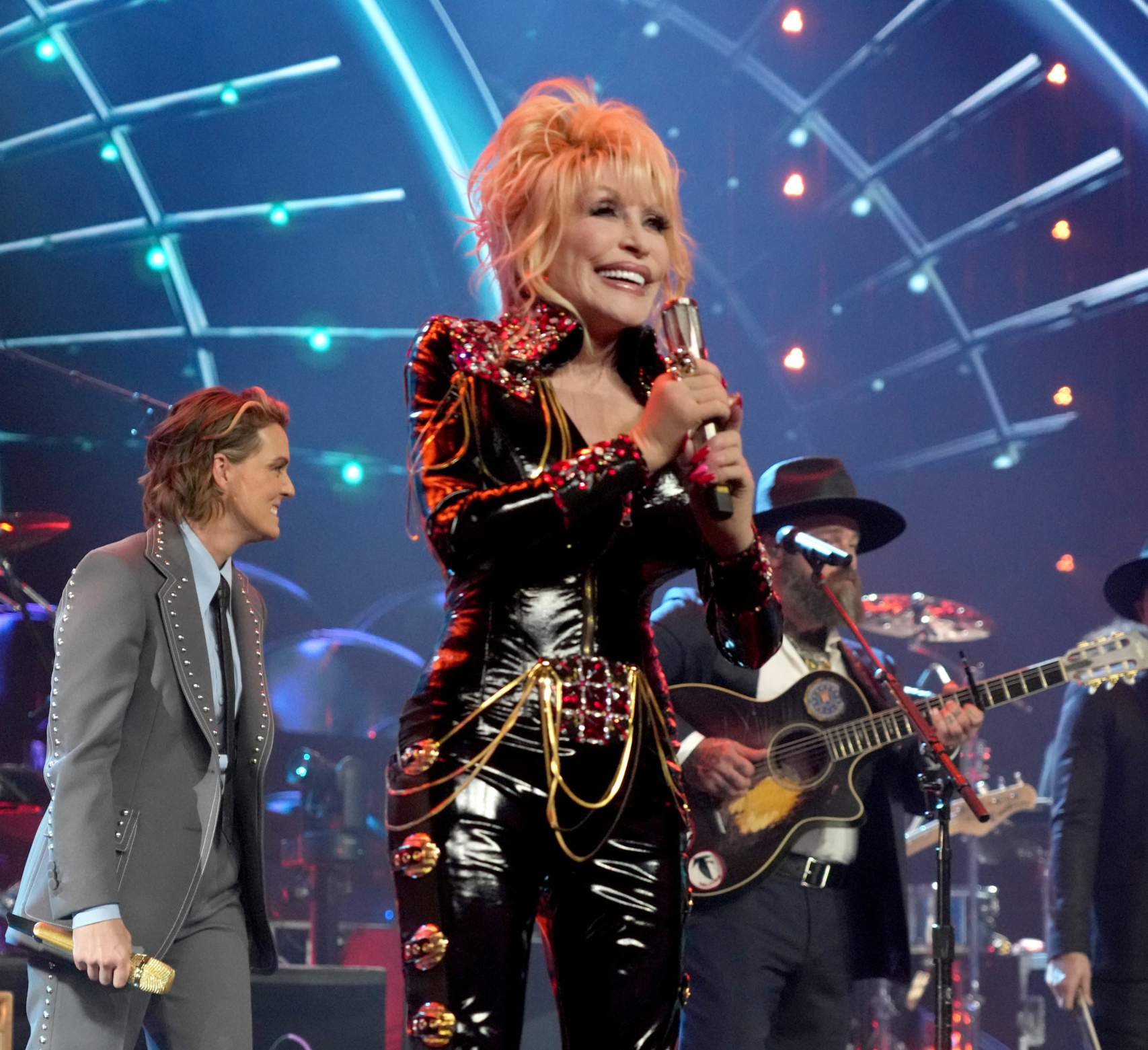 Country legend Dolly Parton was officially inducted into the 2022 Rock & Roll Hall of Fame at a ceremony in Los Angeles on Saturday (Nov. 5).

After giving a speech about her appreciation for her induction, Parton performed “Rockin’ Years,” as well as a special version of “Jolene” where she was accompanied by Pat Benatar, Annie Lennox, Dave Stewart, Simon Le Bon, Brandi Carlile, and Rob Halford.

Parton’s journey to the Rock & Roll Hall of Fame was not an easy one. After being nominated for consideration earlier this year, Parton initially declined the nomination. Sharing through social media, she noted, “Even though I am extremely flattered and grateful to be nominated for the Rock & Roll Hall of Fame, I don’t feel that I have earned that right.”

The now 76 years old star, who has been inducted into the Songwriters, Grammy, Country, Gospel and Happiness halls of fame, is reportedly working on a rock album, according to a recent interview with Pollstar.

Noting that it’s always been an endeavor she’s wanted to take on, she saw her induction as a perfect opportunity to go for it. Following the filming of her Run, Rose, Run movie, the multi-Platinum vocalist also teased that she might have “some of the greats, the legends of rock ‘n’ roll” join her on the project.

More details regarding the new rock record are expected in the coming months.