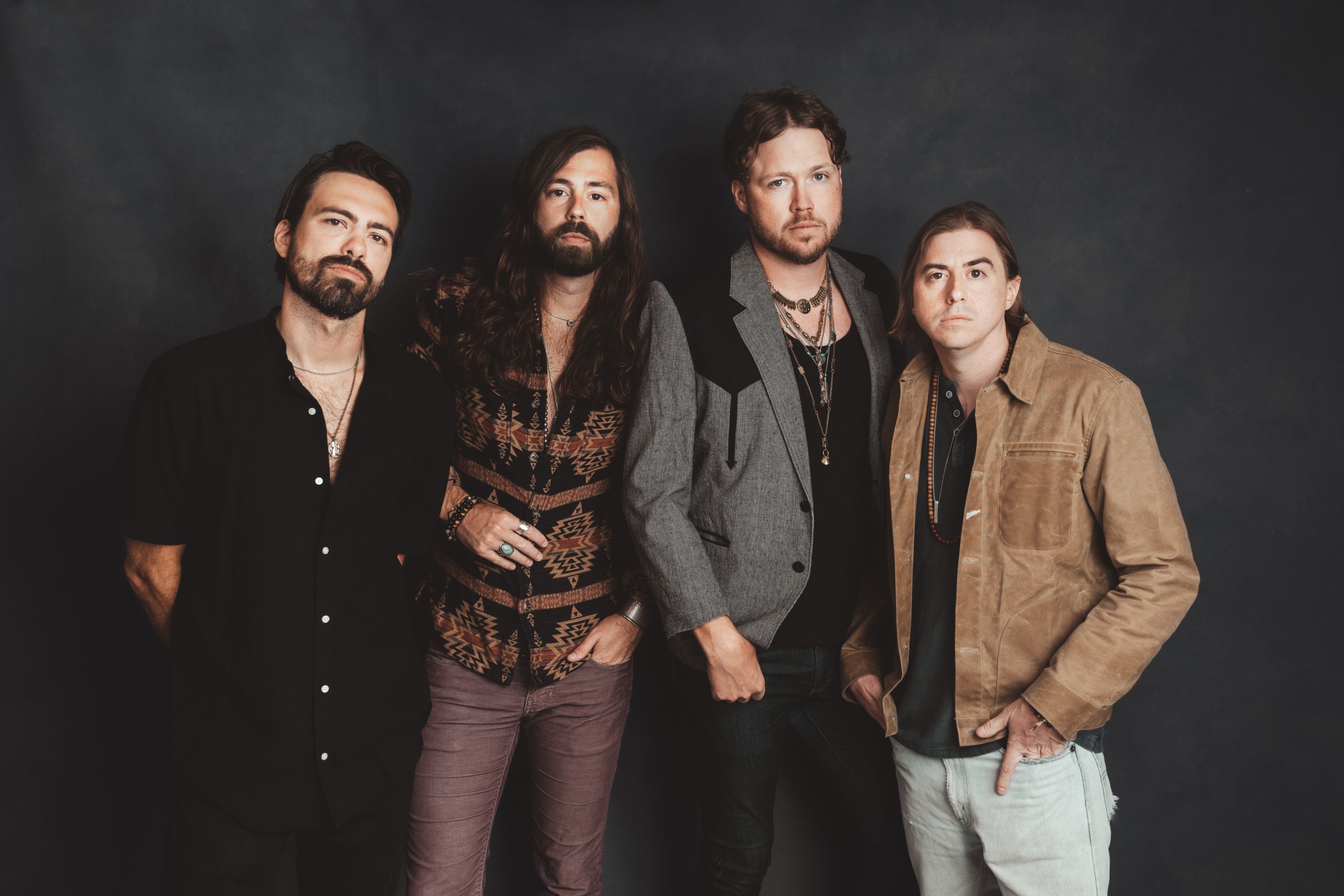 Since breaking out onto the scene in June 2015 with their history-making debut single “Smoke,” A Thousand Horses have traveled countless miles on the road and seen a lot of growth as both creators and individuals.

The four-piece band, made up on Michael Hobby, Bill Satcher, Zach Brown and Graham DeLoach, celebrated their first taste of success as the now Platinum-certified “Smoke” climbed to the top of the Billboard Country Airplay chart in 2015 and marked the decade’s first group debut song to reach the peak. The guys followed it up with “(This Ain’t No) Drunk Dial,” which cracked into the top 40. Both tracks appeared on their debut album, Southernality, which made its way up to No. 3 on Billboard‘s Top Country Albums chart.

In the years since, the guys have independently peppered out an EP and a handful of singles while building their own fanbase and making their way all around the country with artists such as Jason Aldean and Lynyrd Skynyrd as well as their own fair share of headlining appearances.

Now, over seven years later, the band has returned with their sophomore album, Broken Heartland, released through their own Highway Sound Records. Ushering in a new era of A Thousand Horses, the record marks a period of growth for the bandmates personally and professionally. 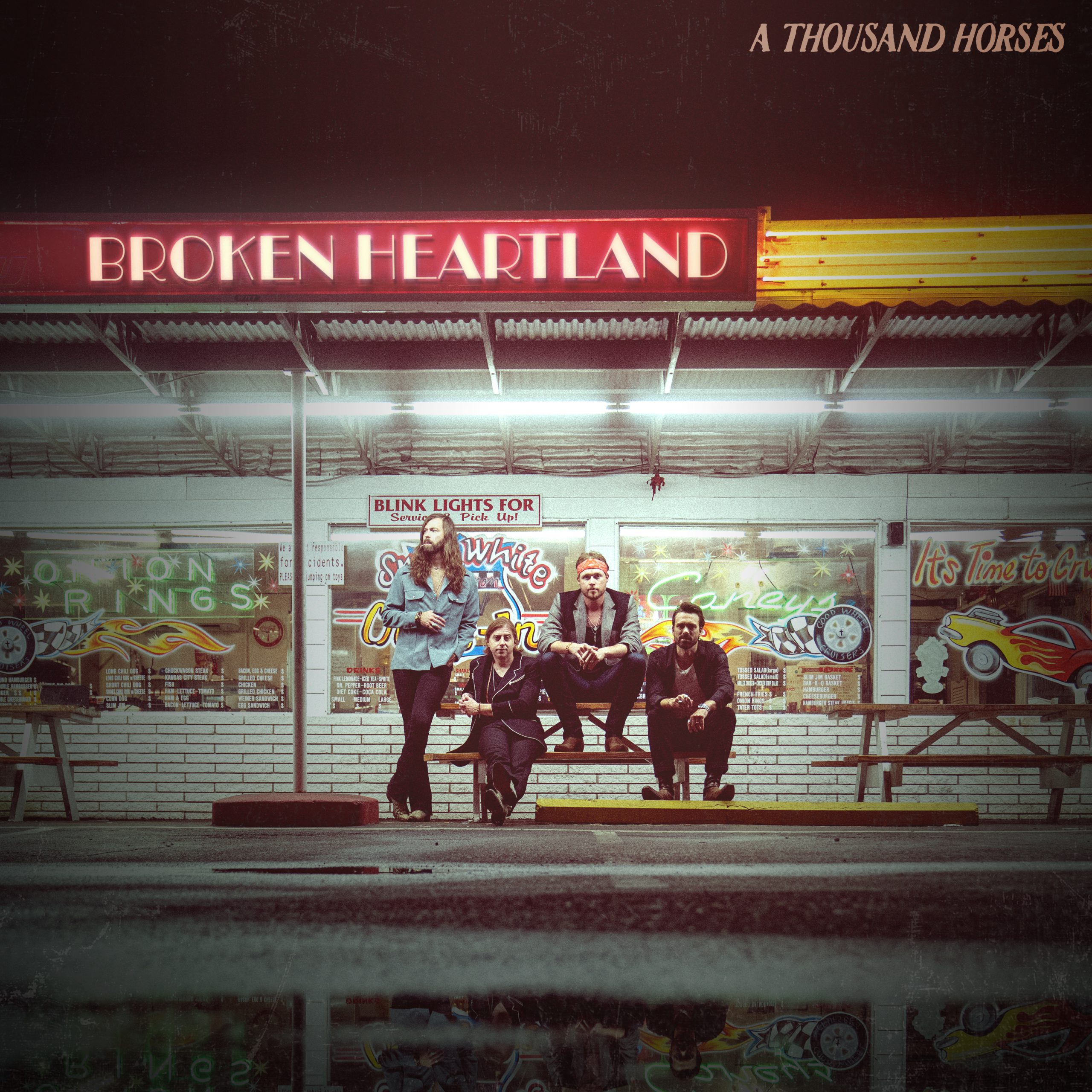 Each of Broken Heartland’s 10 tracks feature at least one member of the band as a writer alongside some notable Nashville writers, such as Jonathon Singleton, Niko Moon, Corey Crowder, Jon Nite, Lee Thomas Miller and more. From the all-too-relatable title track, the radio-ready heartbreaker “Another Mile,” a not-quite-moved-on anthem in “When I Hear Your Name” and the rock ‘n’ roll-tinged “Carry Me,” the new album captures a snapshot the band’s musical journey.

With the album already available to the masses, the band is gearing up for their Southern Wilds Festival this weekend (Sept. 24) in Lawrenceville, Georgia. Now in its fifth year after undergoing a few name changes, the 2022 edition of the event will feature two stages with performances from Anderson East, Kidd G, Tiera Kennedy and more.

MusicRow recently caught up with A Thousand Horses to talk about Broken Heartland, their new musical era, the upcoming Southern Wilds Festival and more.

MusicRow: Broken Heartland was released in late August on your Highway Sound Records label. What was the importance of putting this project out on your own?

Hobby: Our process of starting that label for ourselves was more of a desire to control our own destiny and to be able to release the music that we’re creating when we wanted to and how we wanted to. We’ve had some problems in the past with getting music released and doing what we want to do. Instead of joining that problem, we wanted to start the solution which was to do it ourselves.

Satcher: We wanted to create Highway Sound because it is so creatively energizing for us to be fully in the driver’s seat at all times. We want to be able to create freely, release our music directly to our fans, and never stop writing and recording.

This album has been branded as “a new era” for you. What does that mean to the four of you?

Hobby: We’re in a different place personally and professionally, and we’ve gained a lot of experience and knowledge over the years. For us, it’s applying all of that knowledge and energy into this new project and what’s to come next. In that process between the first record and now, we know more about why we’re doing this, what we’re doing, what the meaning behind things is and what it means to us.

The energy in this new era is because we’re all in different, positive places. We’re doing it for the right reasons, for ourselves, and because it’s what we love. The world needs music and expression.

Satcher: It’s a combination of reconnecting with the true heart and soul behind the music and within ourselves, and also all the time we’ve spent together as a band. We’ve really been looking back, learning from our experience and appreciating the things we’ve done and where we’ve come from. We’ve all started families, too, and that changes your focus.

We’re more focused than we’ve ever been on our family as a band, the sound of A Thousand Horses, what we love and what makes us happy as artists and people. Right now, one of the most important things is that we are focused, driven and totally stoked about everything that we’re doing and the music we’re creating.

At least one of you had a hand in writing every song on Broken Heartland. How did these songs come together?

Hobby: This record was a collection of songs that we had written over the years that we recorded and wanted to release… That’s the ‘new era’ of A Thousand Horses: the faucet for releasing music is on and we’re never going to turn it off. We felt like we had too long of a period in between that first record and this one to ever let that happen again. We’re learning from that and trying to control the future of our band as much as we possibly can, while continuing to write records and make it cohesive. 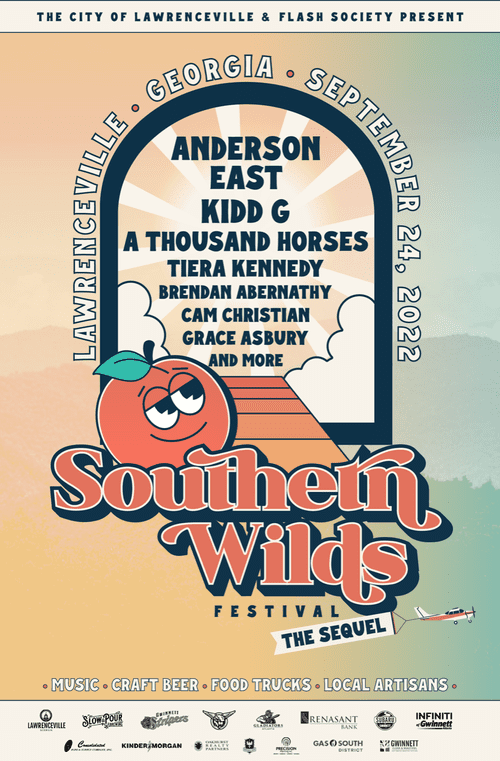 You’re hosting your Southern Wilds Festival this weekend in Lawrenceville, Georgia. What are you looking forward to from that event?

Hobby: This year being the first year back [since COVID], it’s cool to launch it with a different perspective and bring in more, different acts. It’s just a fun family event for the weekend. It’s really just about coming together and listening to some great music, having some great food and drinks, and having that experience. This is the biggest lineup we’ve done and it seems to have grown every year, so we’re gonna keep it going.

Are there any final thoughts, hopes, or goals in regard to this new chapter for you as a band?

Hobby: I’m living my dream playing music and doing this. My hope is to continue to be able to do that and continue to have a life in that world.

Satcher: What we are looking forward to the most is the fact that now we have our second record out that we love. The reaction from our fan base has been amazing and it’s so great to see. We’re just excited for the future and to continue to create music and grow our catalog as a band. We want to always keep A Thousand Horses running.

DeLoach: It’s a privilege to get to do what we do. We’re grateful for it and we hope to continue that.