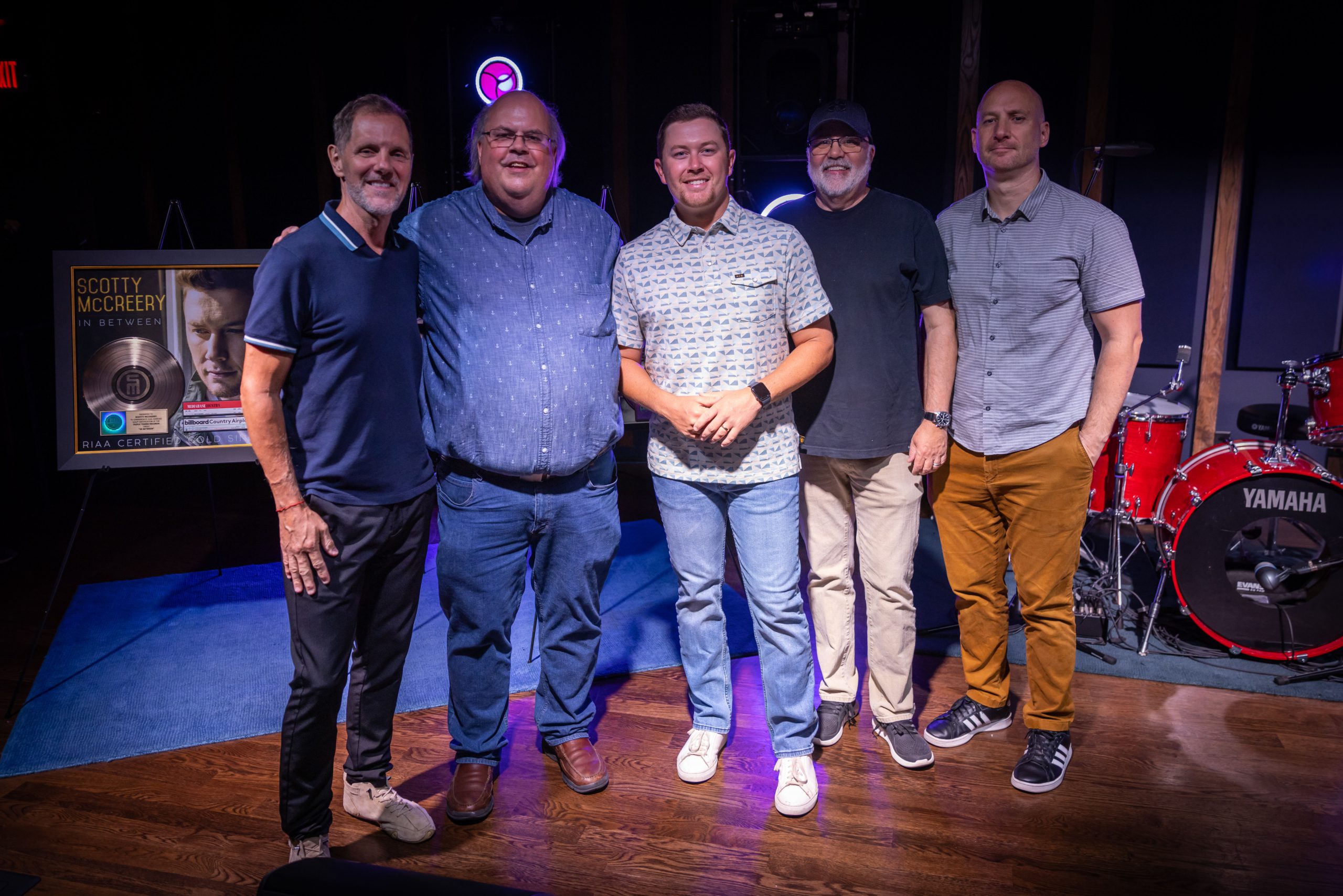 The party came on the heels of his recent hit “Damn Strait” spending three weeks at No. 1 on the Billboard Country Airplay chart, following his previous No. 1 hits “You Time” and “In Between.” In addition to being recognized for the No. 1 tracks, McCreery also received plaques to signify Gold certification by the RIAA for each single, as well as a MusicRow No. 1 Challenge Coin for “Damn Strait” reaching No. 1 on the MusicRow CountryBreakout Radio Chart.

Some of the songwriters for each tune were on hand to receive plaques for their success. McCreery spoke about each one, thanking them for believing in him and making music with him.

Of the many there to celebrate McCreery were his Triple Tigers label staff and Triple 8 management team. 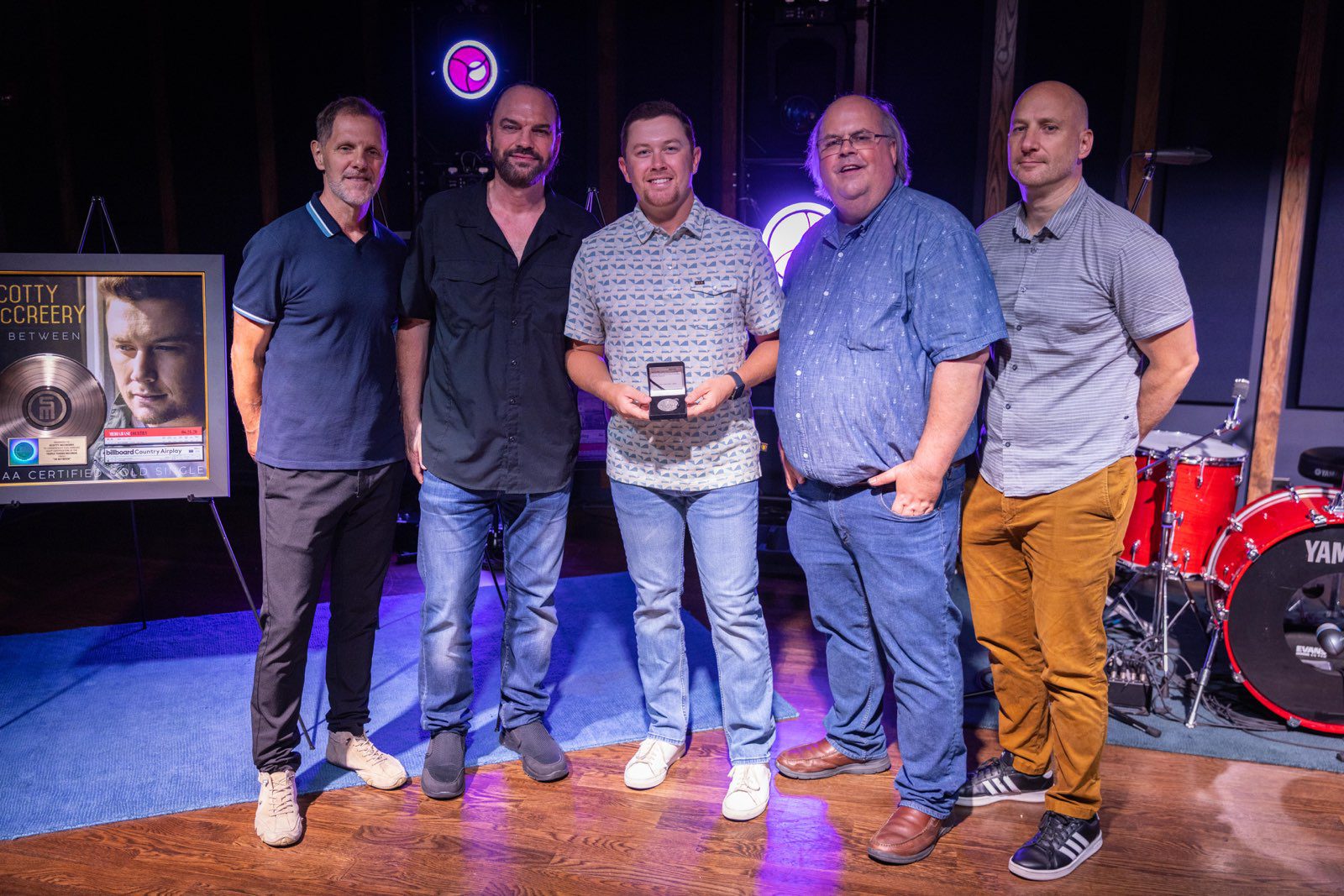 “All three of these songs deserved their own huge No. 1 party,” said Kevin Herring, SVP of Promotion for Triple Tigers Records. “The dedication of so many great people have culminated in achieving the chart pinnacle for all three of these songs. Nobody has worked harder or deserves more credit than Scotty, and it sure is fun to all celebrate our victories together.”

Triple Tigers President and Partner, Norbert Nix, said, “Scotty, the creative vision that you and your creative team have is absolutely second to none. You’re a great man, you’re going to be a great father, and you surround yourself with great people like Frank Rogers, Aaron Eshuis, and Derek Wells—whose chemistry you can’t beat. The sonic excellence is amazing.”

When McCreery took the mic, he was extremely gracious, making sure to recognize as many team members as he could. He spoke about his journey from American Idol to celebrating five consecutive No. 1 songs.

“I didn’t know what I was getting into back in 2011,” McCreery said. “As I’ve grown older, matured, married the love of my life and now am expecting our first child this November—which is nuts—we’ve lived life. When you live life, you have a lot of stuff to write about.

“It took us seven years to get a No. 1 song on country radio,” he added. “It was ‘Five More Minutes’ that got the ball rolling for us. That’s what I love about country music: it’s real people, telling real stories. It will always be that way no matter how it sounds. At the end of the day, it’s the storytelling that matters.”

After thanking everyone from the label, management team, songwriters and business managers, a glowing McCreery closed with a sweet sentiment.

“I could talk for hours and hours, but everybody here has played a role in this. It takes a village and I’m proud to be a part of this village. I’m proud to tell people that y’all are my village.”