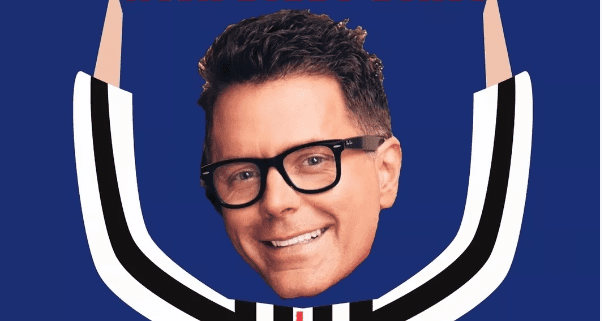 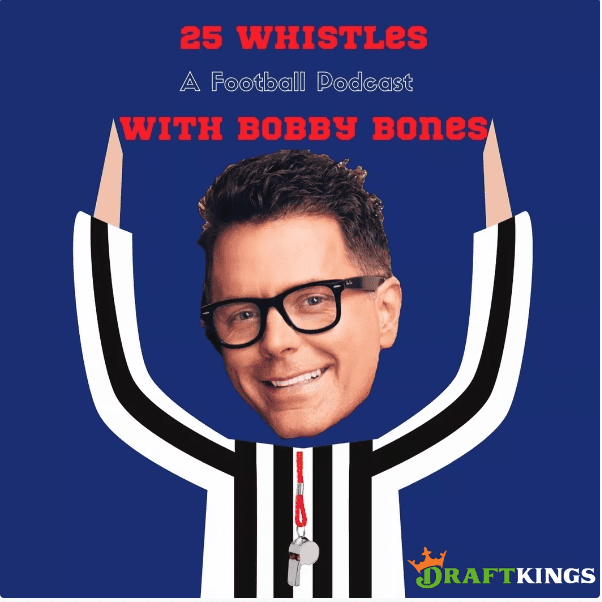 Multi-media star Bobby Bones is now talking all things football with the launch of his new podcast, 25 Whistles With Bobby Bones (A Football Podcast).

The new podcast, sponsored by DraftKings Sportsbook, is a limited 25-episode series centered around college and NFL football. The first two episodes are available now and will be released every Friday leading up to The Super Bowl.

“It’s been about a decade since my last sports show, so this is me coming out of retirement, off the bench, back to first string…all the puns,” says Bones. “I have some of my friends chatting with me, so it’s like what we do normally, just with microphones and a lot of cool new guests.”

Along with the new podcast episodes, fans can catch Bones every Monday night as the host of USA Network’s new series, “Snake In The Grass,” a show that tests the limits of participants as they complete challenges while aiming to figure out which person is the “snake” sabotaging the competition.

Bones is the host of the nationally syndicated iHeartRadio program The Bobby Bones Show, which broadcasts to over 185 stations and is the No. 1 country morning show with millions of monthly listeners. The show is a two-time CMA Award winner, four-time ACM Award winner and earned Bones the honor of being the youngest-ever inductee into the prestigious National Radio Hall of Fame.