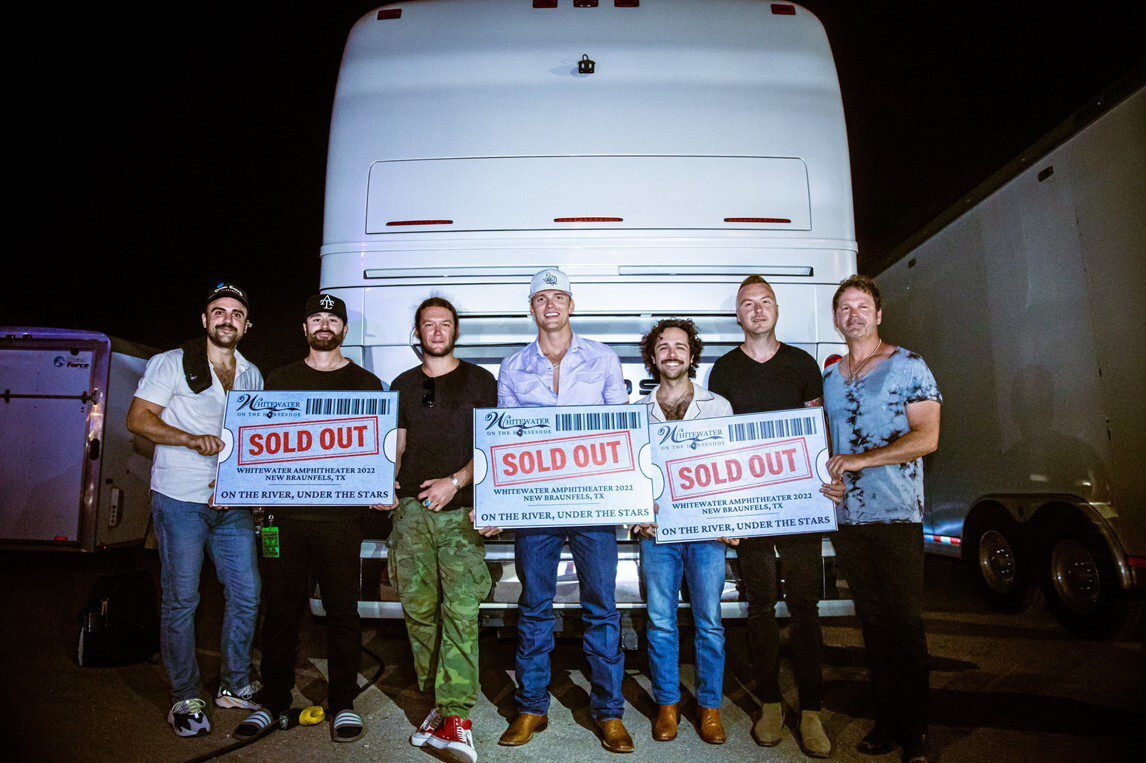 Parker McCollum has added another ‘first’ to his already impressive resume of accomplishments by selling out three nights at the iconic Whitewater Amphitheater in New Braunfels, Texas this past weekend.

Just ahead of the Fourth of July holiday, McCollum sold a record-breaking 15,500+ tickets over three consecutive show dates at the famed venue.

The accomplishment adds to McCollum’s already successful year. The Conroe, Texas native won the ACM Award for New Male Artist of the Year in March and a CMT Award for Breakout Video of the Year in April. He secured his second consecutive No. 1 hit with “To Be Loved By You,” garnered a 2-time Platinum selling single with “Pretty Heart,” and sold out shows around the country. In March McCollum fulfilled a childhood dream of playing to a sold-out crowd at RODEOHOUSTON.

His debut album, Gold Chain Cowboy, was the highest first-week debut album of 2021 and since then he has amassed over 1 billion LTD domestic streams.