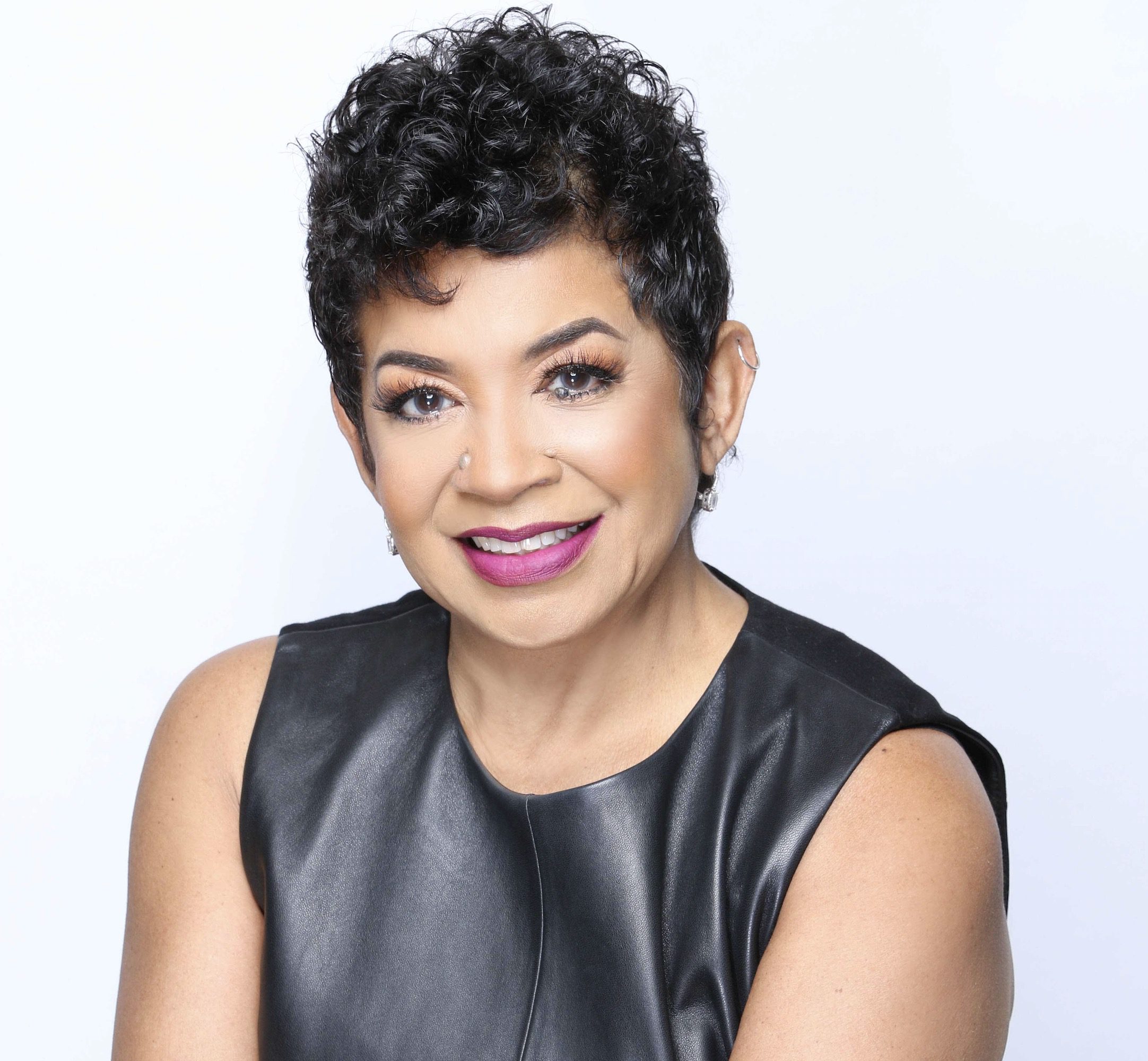 Industry veteran Jackie Patillo has spent decades of her life working in the music business launching and advancing the careers of various Christian and gospel artists. In 2010, she became President and Executive Director of the Gospel Music Association, merging her gifts to serve and be an advocate for all gospel music makers.

Founded in 1964, the Gospel Music Association (GMA) serves as the face and voice for the gospel/Christian music community and is dedicated to exposing, promoting, and celebrating the Gospel through music of all styles. In addition to ongoing education, advocacy and networking efforts, the GMA also produces a variety of programs designed to expose music to new audiences through TV and online broadcast specials like the annual GMA Dove Awards and Because He Lives: An Easter Celebration.

I grew up in Mill Valley, California. It’s a little town right outside of San Francisco, across the Golden Gate bridge.

Were you musical at all growing up?

No. I mean, I took piano lessons. My parents, God bless them, spent a lot of money and effort sending me to piano lessons. But all that classical training that teachers started us off with was not really interesting to me. And there’s something about having natural talent with an instrument that is really important. (Laughs) So as much as I love music and always have, I don’t play an instrument. 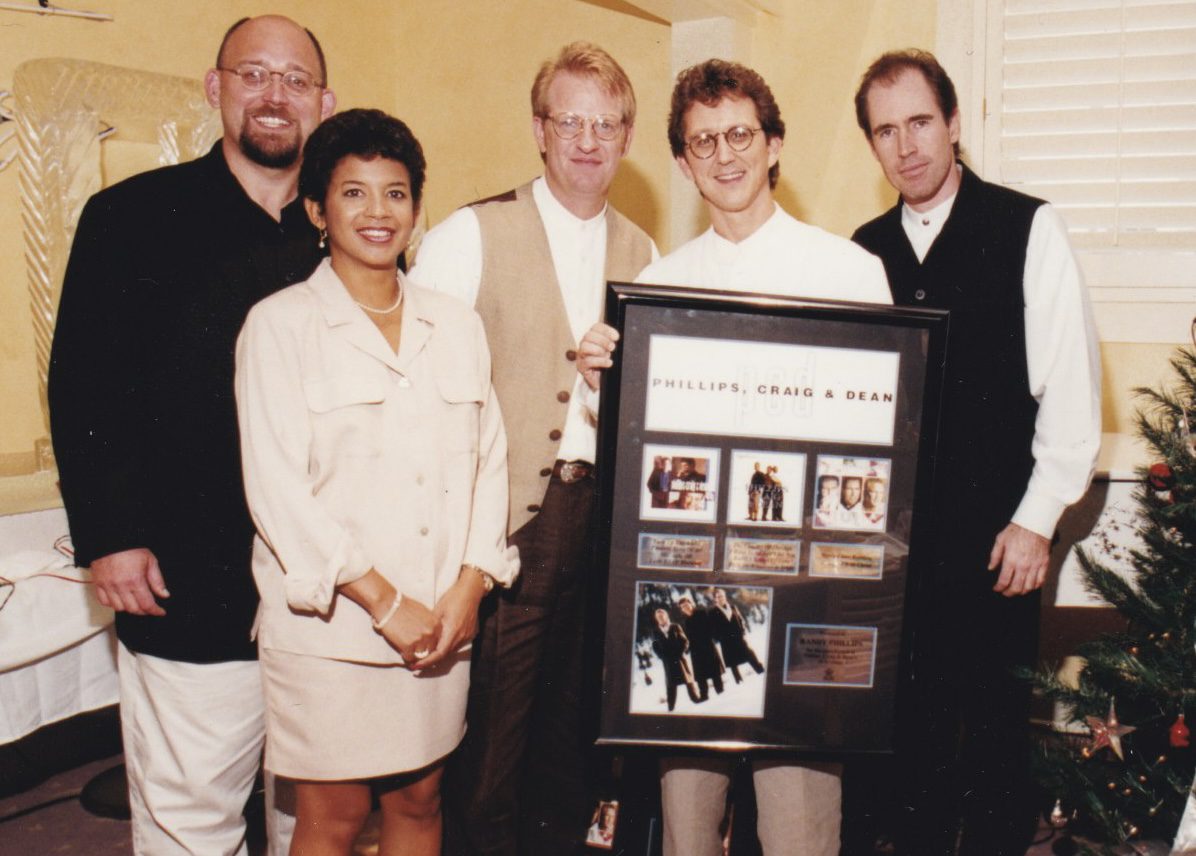 How did you get into the music industry?

I married an artist. I married an artist who was evolving from his rock career into his Christian music career. It was our family business. We traveled the world and spent 180 dates a year doing concerts. I did everything from production, to merch, to whatever was necessary. I learned that if I could pack up our stuff at the end of the night, I could get home quicker. (Laughs) It started really small and then it just grew into a large music ministry.

When I was faced with divorce. I had two young children and was asking God what was I going to do to feed them, since they still wanted to eat three times a day. (Laughs) They had every expectation that that wasn’t going to change. I really heard that still small voice that people talk about saying, “Go to Nashville. I’m going to continue to use you in Christian and gospel music.” I put out a couple of fleeces to make sure it wasn’t just the pizza I’d eaten the night before and really felt a strong conviction that that was the direction that I should move in. So in ’89, I came to Nashville.

I was knocking on doors. I was looking for work. I was trying to figure out who I was as this newly single woman in the south—in a town that was foreign to me. It just so happened that a man named Stan Moser, who had been the head of Word Records for many, many years, had moved to Nashville from Texas to help develop a little label called Star Song. I called Stan—he was familiar with my story and he knew what I was capable of because my ex-husband had been signed to the Word label. He saw me looking for work and he just told me, “Jackie, you’re an A&R person. We don’t have that job for you yet, but if you’ll come here and just do anything, I’ll get you there.” And sure enough, he did. I started as the receptionist at Star Song and eight years later when they sold the label, I was Vice President of A&R. I had quite a journey there.

What were some of your biggest victories at Star Song?

I was able to explore all kinds of music there because the leadership at Star Song was very innovative. I A&R-ed rap records, comedy records, and Christian pop records. We branched out into distributing gospel music. That was the birthing in me of, “I want to also do gospel.” 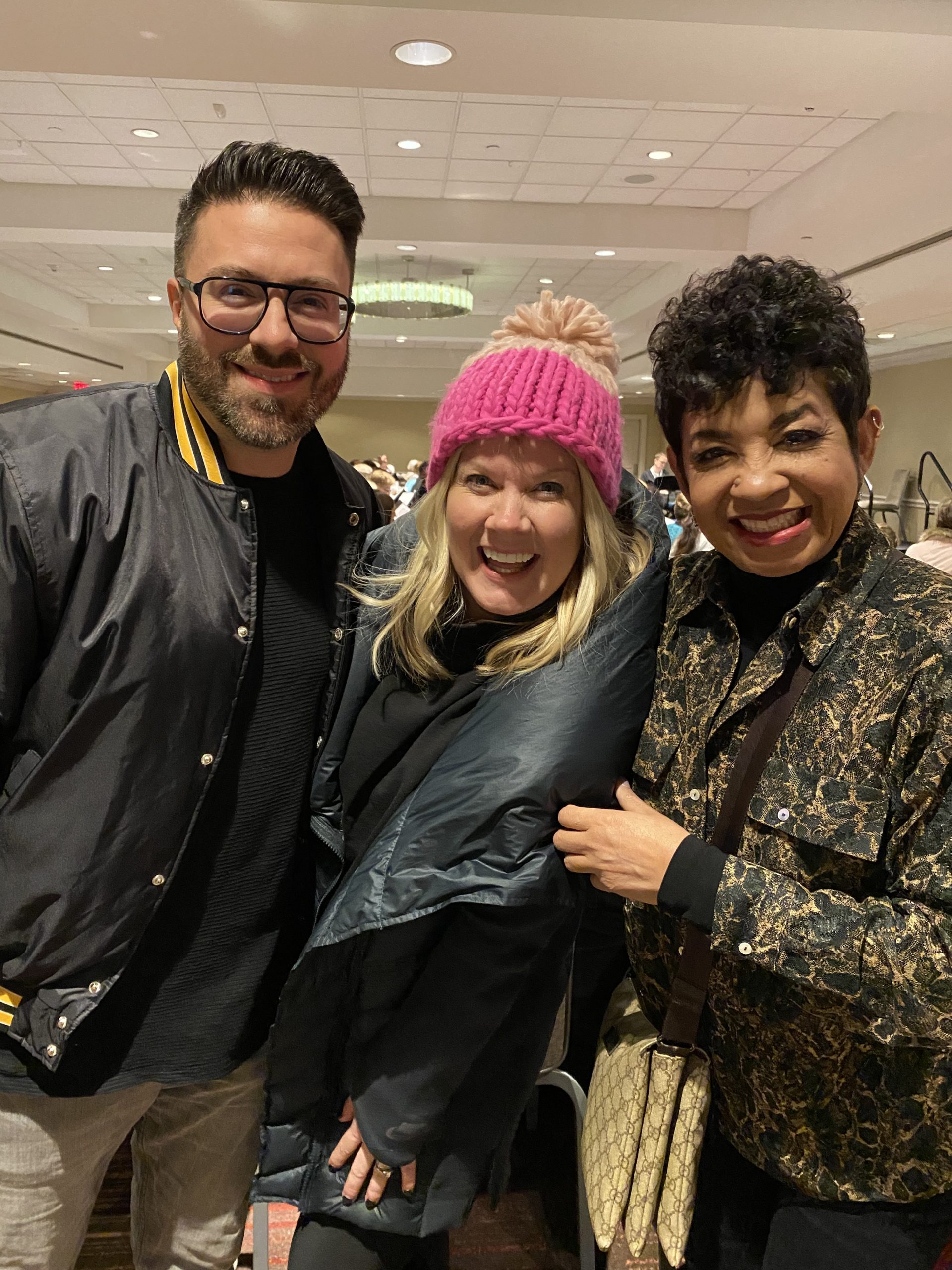 I went from Star Song to the Benson Label. Jeff Moseley, who had been a VP at Star Song, moved to the Benson Label and brought me over there as part of his A&R team. There, we got to sign Natalie Grant. I signed her and did her first record. I’m very proud of Natalie and her successes. I also worked with Russ Taff there, who is a real icon within our industry.

I went from the Benson Label to Integrity, which was in Mobile, Alabama. It was the largest praise and worship label in the world. I was the general manager of what we called Integrity Gospel. It was there that I really got to fulfill some of my desires to work hands on with gospel artists. I worked with Israel Houghton, Joe Pace and Lisa McClendon. We also marketed and distributed the Sony gospel artists to the CCM stores, so I got to market Mary Mary and several of their gospel artists. It was quite an adventure, but I wasn’t really loving living in Mobile, Alabama. Because God is so creative, he moved me to New York where I became Vice President of A&R and Artist Development at Verity Records, which is the largest gospel label. I had the honor of working with artists like Fred Hammond and Kirk Franklin.

[Verity] asked if I wanted to go back to Nashville and work out of the Provident office, which was music to my years because my sons were here in Nashville. It was really a great homecoming for me. I was “right-sized,” as they say, from that label and a year later took the job as the Executive Director of the Gospel Music Association. 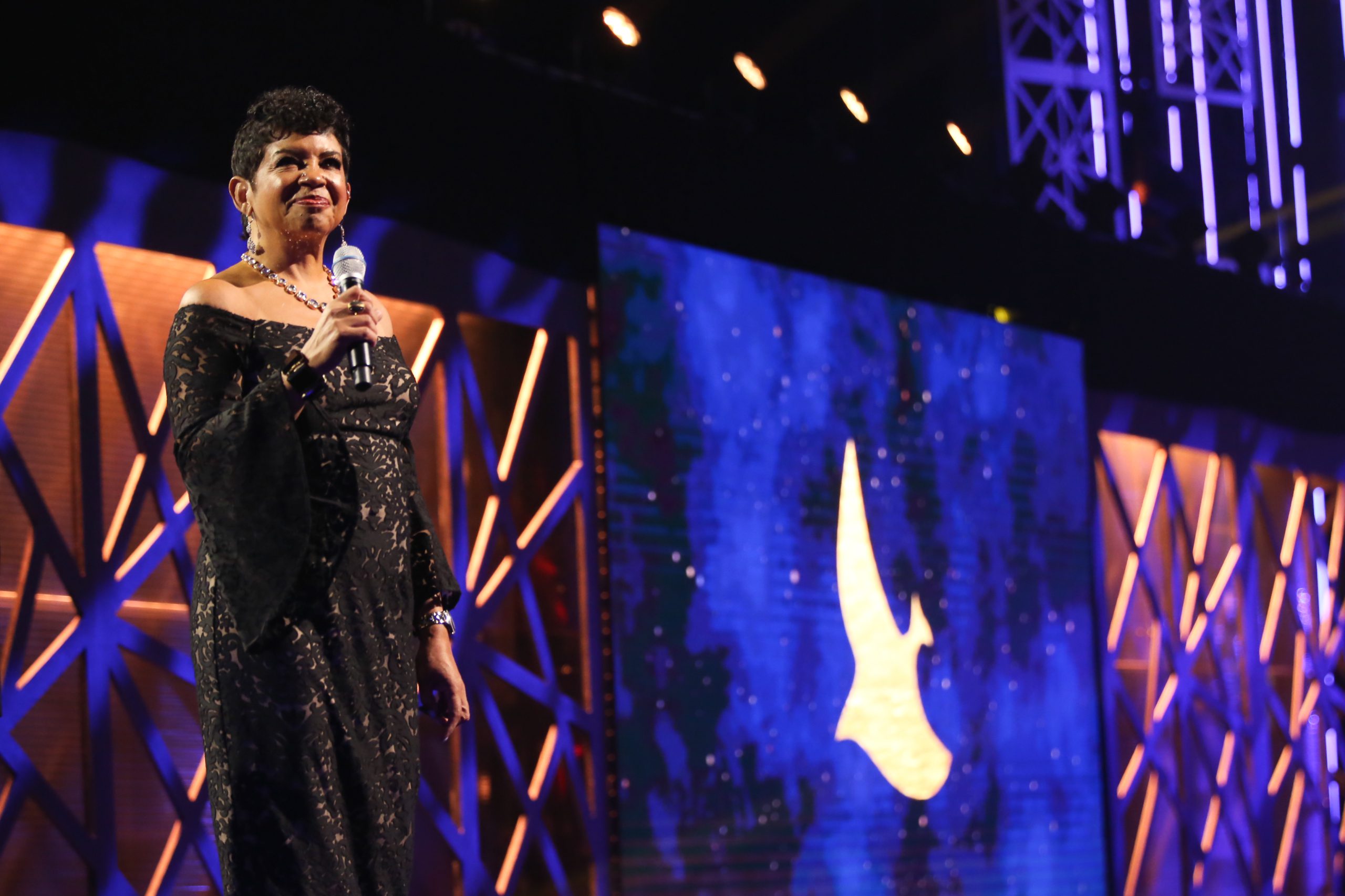 Pictured: Jackie Patillo on stage at the Dove Awards

When you got to GMA, what were your goals for the organization?

In 2011, when I came to GMA, it was a very challenging time in the music industry because of the expansion of the internet and the change of how music was being sold. They say when the mainstream gets a cold, us niches, we get pneumonia. So it was a very, very low time at GMA. We also had some internal, infrastructure issues, so the task at hand was to really discover what the underlining problems were and to restructure the organization. I discovered that, as a trade organization, it was essential for us to relay the foundation of the GMA as a service organization. We needed to make some new friends, and find people and organizations that were like-minded and had an affinity for the effectiveness of gospel music. It was Lipscomb University that was one of those first new friends that we made, as well as Lifeway. To this day, we’re still doing the Dove Awards 10 years later at the Allen Arena at Lipscomb.

I think what was required and what was really essential was for us to unify our industry. Gospel music is not a genre like others. We are known for our message and we serve all styles of music. We’re not known by our style, we’re known by our message. So to be the hub and the center of the wheel here at the Gospel Music Association, we have to represent multi-cultural and multi-generational artists who are all serving and offering their talents for kingdom purposes.

I love that you made that distinction: gospel music is about a message, not a genre. That is really evident at the Dove Awards, which showcases everything from traditional Southern gospel to pop and hip-hop.

The GMA represents a multi-cultural and multi-generation community which is reflected in the diversity of our programs and events. It is beautiful to experience amazing performances at the Dove Awards as artists from all genres of music come together on one stage! It is truly the biggest night in Gospel Music.

The GMA is also going to be moving to Music Row soon, correct?

Yes! The Gospel Music Association is putting our stake in the ground on Music Row, working alongside the Curb Foundation for this location. We’re excited about having a home for not only our Hall of Fame and Museum, but a tourist destination that will celebrate the history and the future of gospel music. 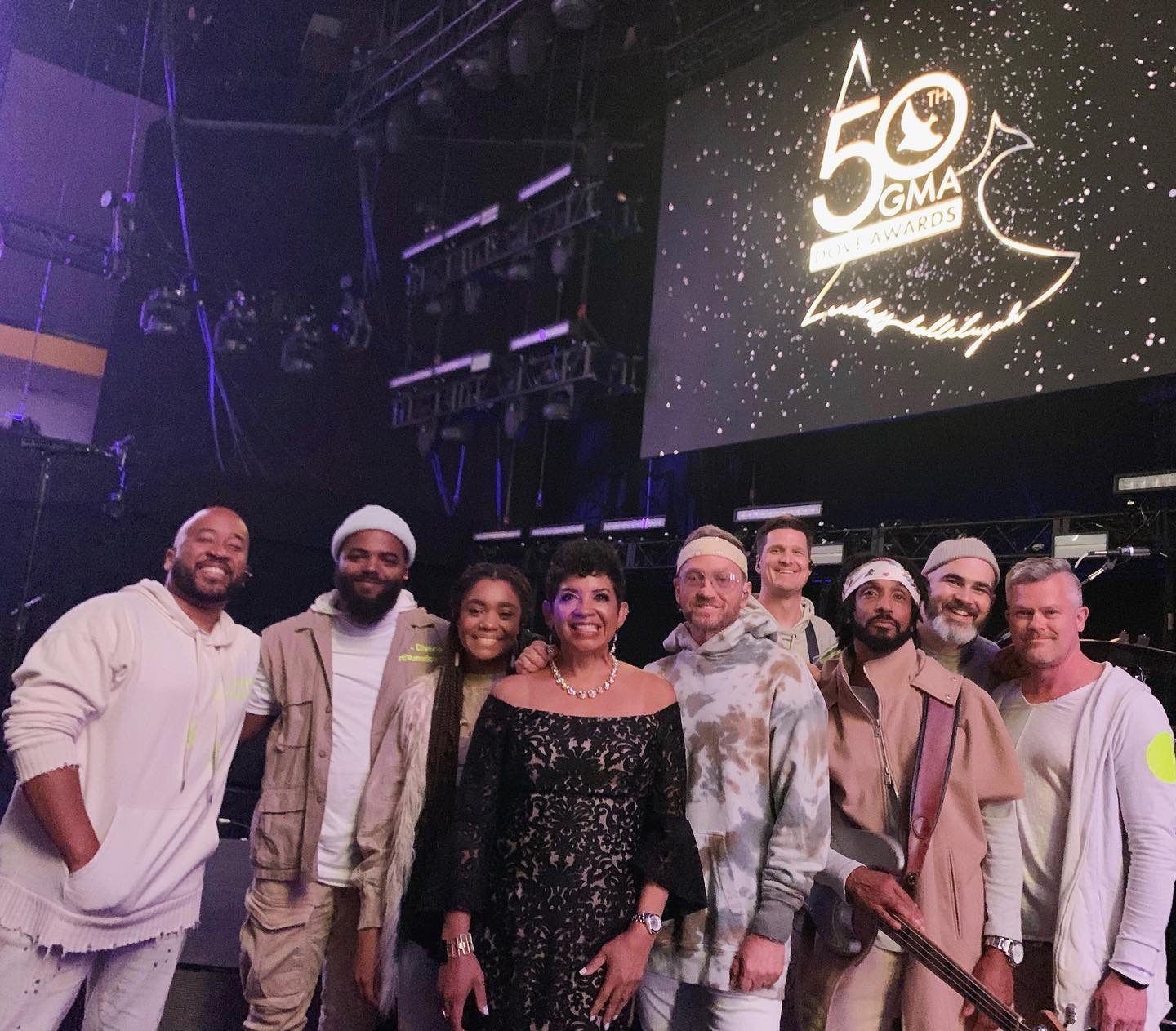 I’m very proud that I have two sons. One of my sons, Gabriel Patillo, is in the TobyMac band and they just celebrated 20 years together. My youngest son, Marcel, is a videographer. He’s working right now with Church in The City. They’re creative guys, so it’s fun to see them walking in their calling.

What has been one of your proudest moments?

When I was inducted into the Stellar Honors Hall of Fame. That was pretty cool.

Last year was my 10th year at the GMA. At the Dove Awards, the board gave me the Dove Awards Leadership Award… And they named it after me. So now, the Dove Leadership Award will be given, from here on out, in my name. I was stunned. The first thing I could think of when it was happening was, where are my sons? Knowing all the hard work and knowing the challenges of being a single mom… It was really a very amazing moment.

I am also so proud of the Gospel Music Association team. We are a small team, but we are a team that is passionate and dedicated to the mission, so we have seen lots and lots of great things unfold before us as a result.

I wouldn’t change anything about the path. I wish that maybe I would have enjoyed more of it rather than always felt like I was on a hot tin roof. (Laughs) When I look back, I’m grateful for the path. The path has been very fulfilling and it’s been full of great moments, but when you’re always looking to the next mountain, sometimes you miss out on the victories that you’re conquering at that moment.