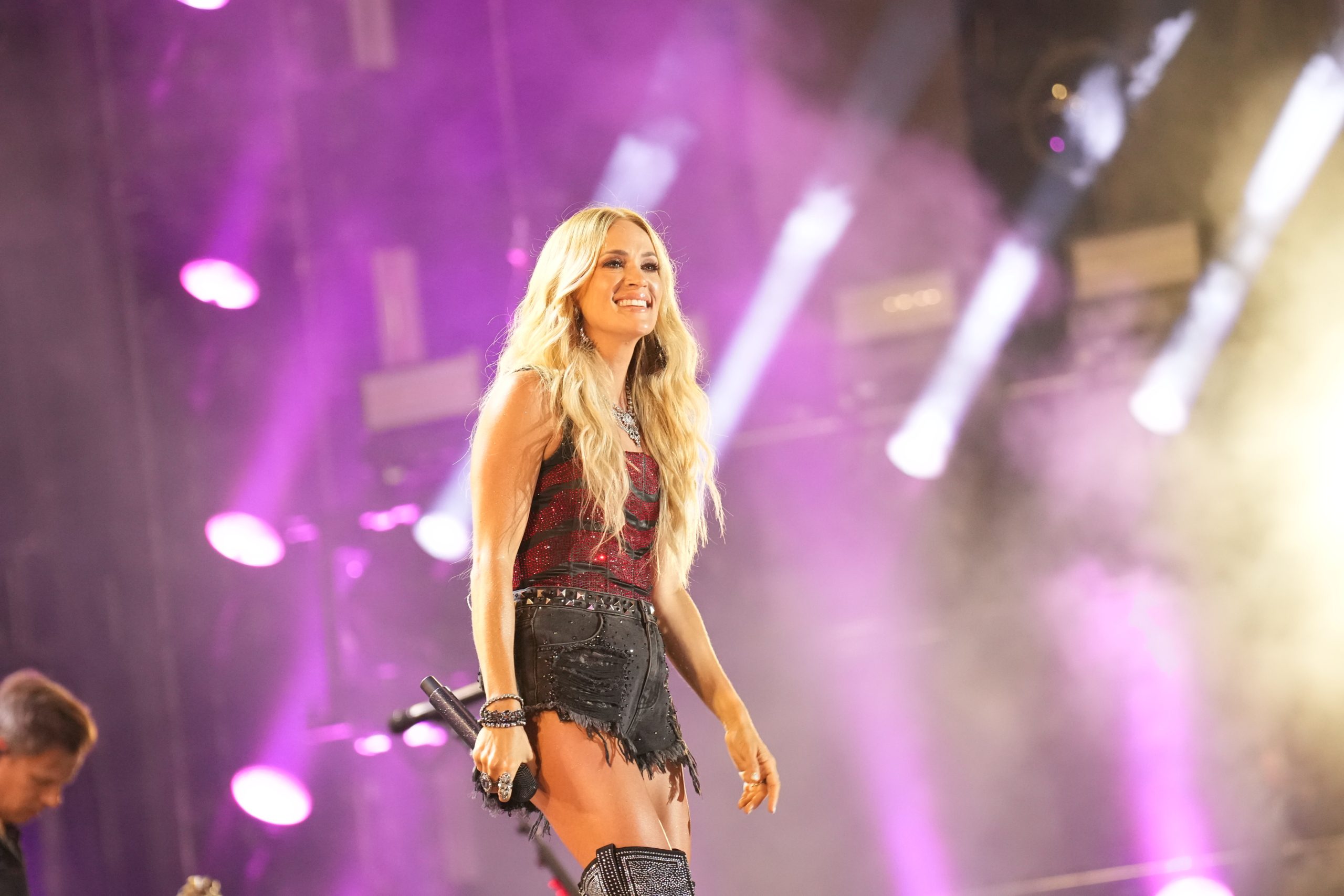 Talent showed up in spades this Saturday (June 11) and Sunday (June 12) for the final CMA Fest shows at Nissan Stadium.

“This is a dream come true to get to play this stage tonight,” Houser said when he took the stage. He played some of his hits, such as “How Country Feels,” “Runnin’ Outta Moonlight” and “Like A Cowboy,” as well as his newest single, “Note To Self.”

Brothers Osborne came out rocking with a high energy set. They thrilled fans with many guitar solos, giant dancing skeletons, and their fun sing-alongs, such as “Stay A Little Longer,” “I’m Not For Everyone,” and “It Ain’t My Fault.” 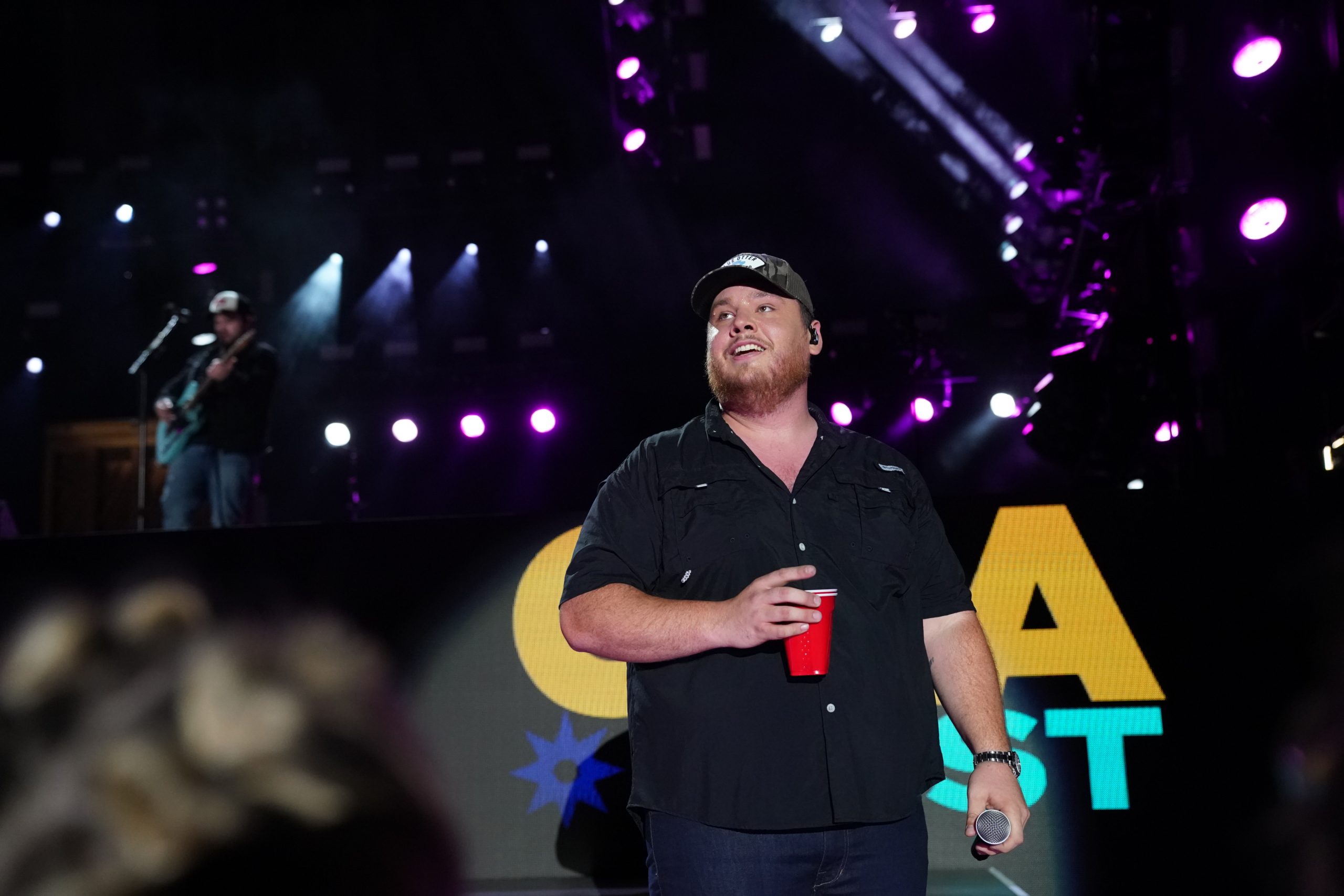 When Combs appeared on stage, it seemed like every fan in the stadium was there to see him. He had the loudest crowd response of all of the artists who took the Nissan Stadium stage during CMA Fest as he performed hit after hit, barely missing a beat. Between performances of Combs’ multitude of No. 1s, such as “When It Rains It Pours,” “Cold As You,” “Beautiful Crazy,” “Lovin On You,” and more, the young star continuously commented on his gratitude.

“This will be the last concert I play before I’m a dad,” he said. “I still honestly can’t believe I get to stand here and do this.”

In addition to his well-know radio hits, Combs played his next single from his upcoming album. Titled “The Kind Of Love We Make,” Combs leans into his romantic side for the tune. He closed with a rowdy “Beer Never Broke My Heart.”

Bryan was also on the bill Saturday night, and brought his arsenal of hits to his fun set. The entertainer thrilled fans with “I Don’t Want This Night To End,” “Kick The Dust Up,” “Drink A Beer,” and “Country Girl (Shake It For Me).”

After performing “Huntin’, Fishin’ and Lovin’ Every Day,” Bryan let the crowd know he had just caught his personal best large mouth bass. The country crowd cheered with admiration.

Underwood was no less than stellar when she closed Saturday night’s show. The ultimate storyteller brought the drama with her theatrical “Church Bells,” “Blown Away,” and “Ghost Story,” and she brought the heat with “Good Girl” and “Undo It.”

During “Jesus Take The Wheel,” the star vocalist went into a chill-inducing verse of “How Great Thou Art.” She closed Saturday night’s show with a one-two punch, “Last Name” and “Before He Cheats.”

Kylie Morgan, Angie K, and Everette opened the show. Evans treated early attendees to “Suds In The Bucket,” “A Little Bit Stronger” and “Born To Fly.” 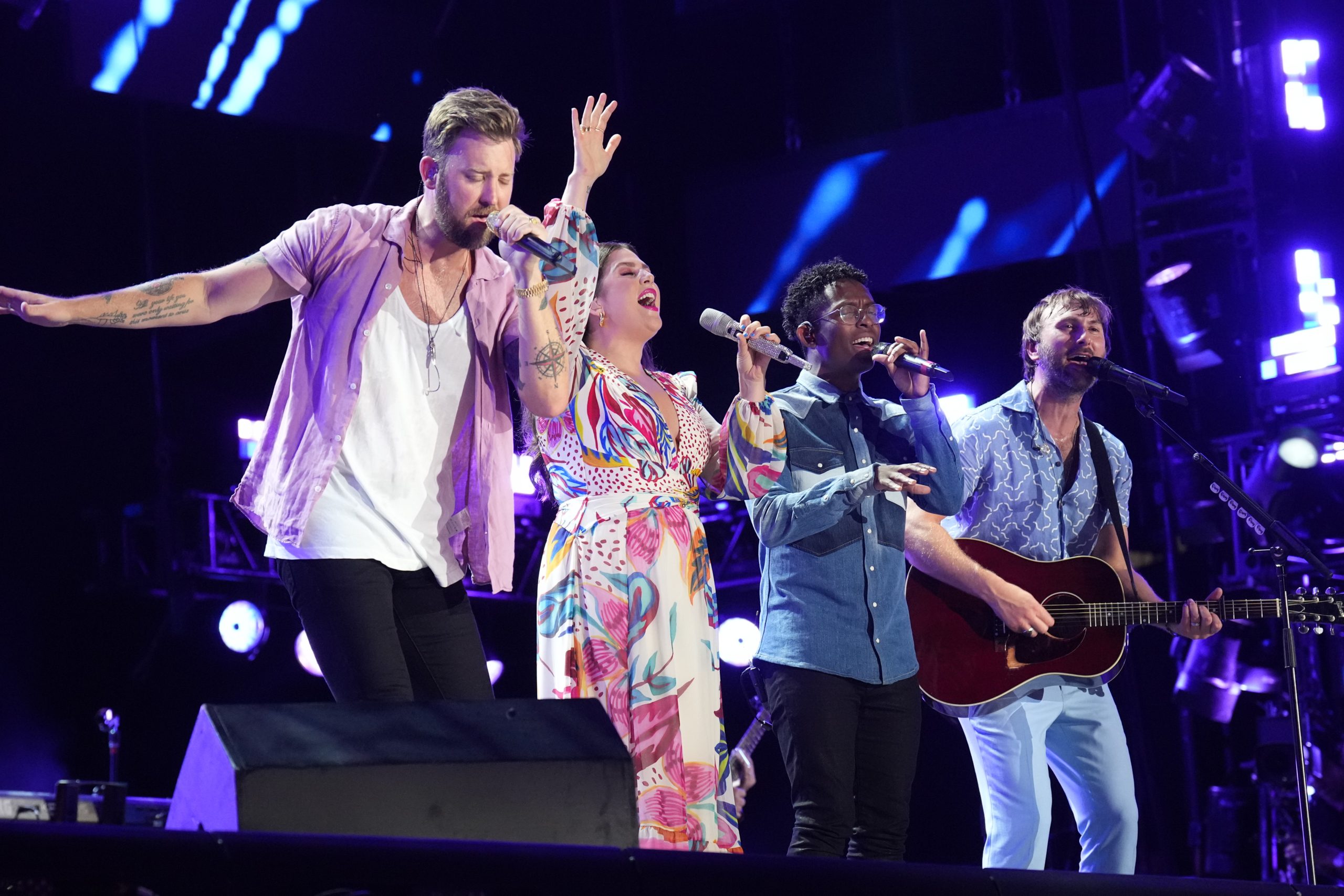 Lady A and BRELAND perform at Nissan Stadium on Sunday, June 12 during CMA Fest 2022 in downtown Nashville…

Lady A showed off their harmonies and sing-along anthems during their set. From their uptempo dance hits such as “Bartender,” “Downtown,” and “You Look Good,” to their meaningful “What A Song Can Do,” the group had the crowd in the palm of their hands.

“How good does it feel to here,” Lady A’s Hillary Scott said. “It’s so great to be back together in this incredible stadium in Music City.”

In a standout moment of the night, Lady A invited Breland out to join them on “Need You Now.” Nissan Stadium ate it up.

Breland was the first surprise guest of the night, but not the last. Elle King invited Ashley McBryde to join her for her hit “Ex’s & Oh’s,” and Russell Dickerson had Jake Scott join him for “She Likes It.”

McCollum played a two-song set on the main stage for his CMA Fest debut. “Country music is alive and well,” he said between performances of “Pretty Heart” and “To Be Loved By You.” In a sweet moment, the young entertainer looked up to the sky in disbelief and the huge crowd.

Old Dominion brought all the good vibes when they took the stage. The reigning CMA Group of the Year encouraged concert-goers with their “Make It Sweet,” “No Such Thing As A Broken Heart,” and “No Hard Feelings.” They brought the romance with “Written In The Stars” and “Snapback.”

“This is what country music was made for baby!” said Old Dominion front-man Matt Ramsey. 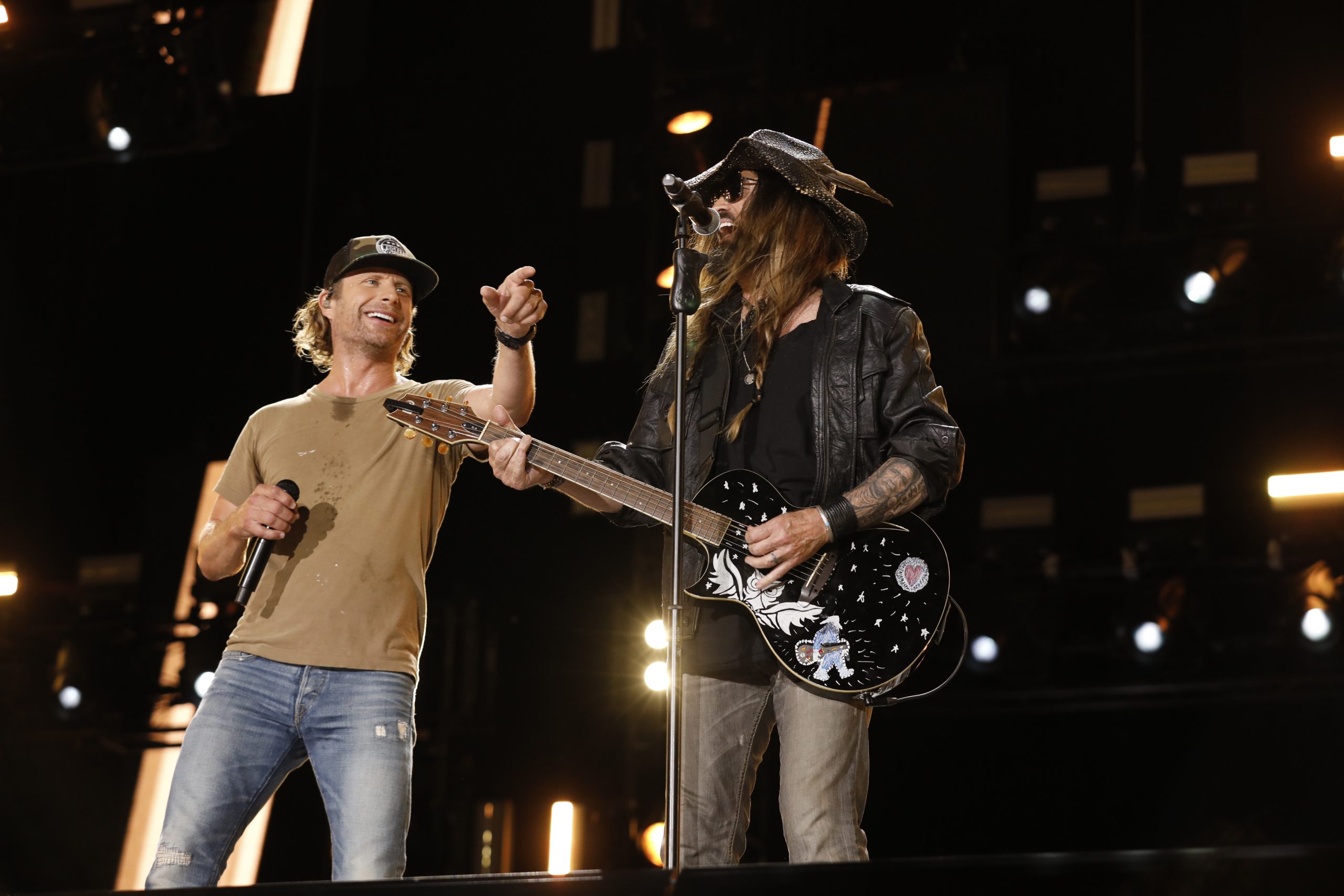 Bentley closed out CMA Fest 2022 with a bang. In addition to performing some of his beloved hits, Bentley brought out King for their new duet, “Worth A Shot.” In the greatest surprise of the night, Bentley invited Billy Ray Cyrus out for a thrilling “Achy Breaky Heart” sing-along.

Like Thursday and Friday’s show, the weekend Nissan shows highlighted rising artists on the Platform Stage.

On Saturday, Frank Ray took the Platform Stage to perform “Country’d Look Good On You” and Mitchell Tenpenny played “Truth About You” and “Drunk Me.” On Sunday, Madeline Edwards performed “The Road” and “Hold Your Horses,” while Dylan Scott played “My Girl” and “New Truck.”