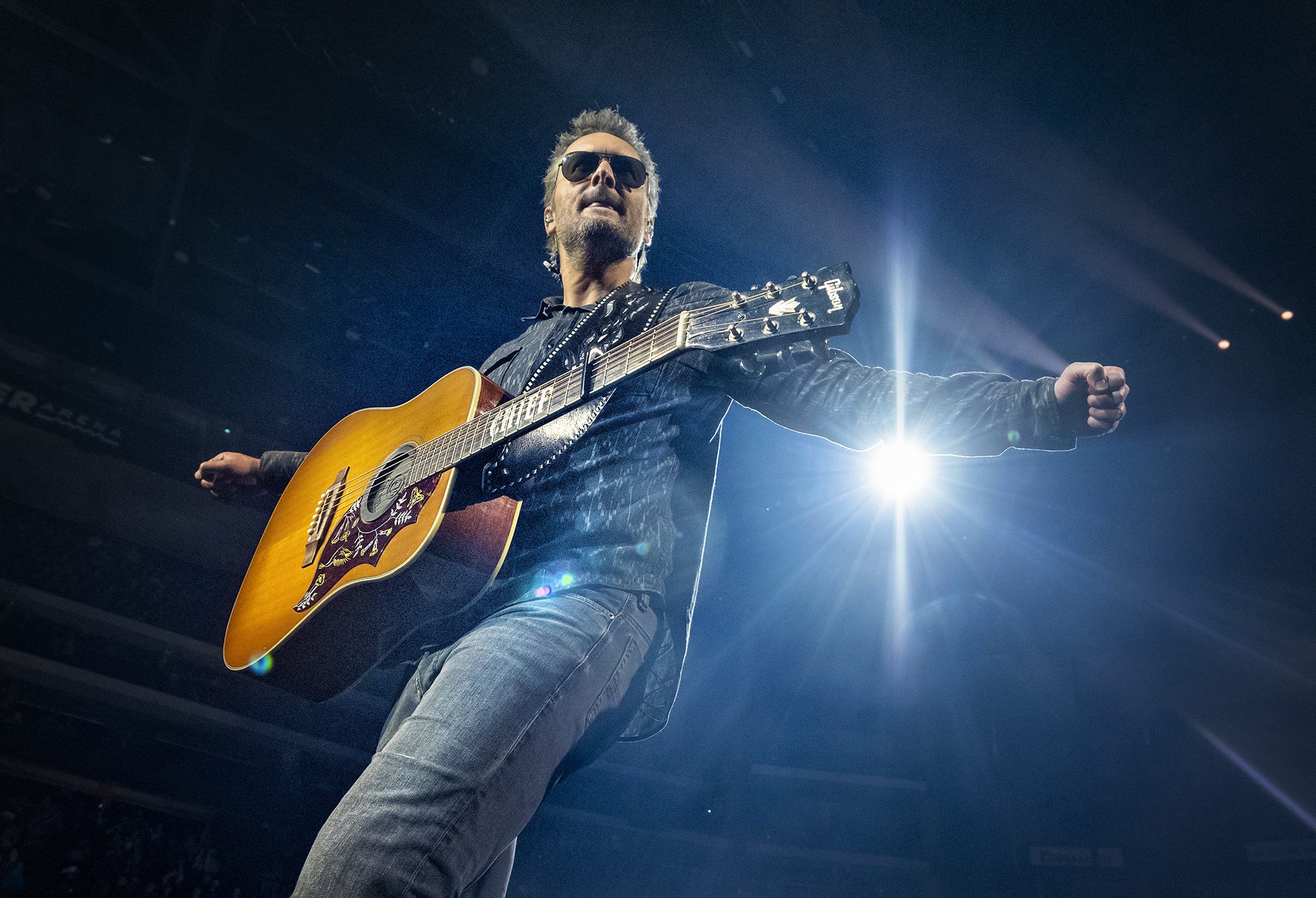 Today’s DISClaimer is a ringing reminder of how meaningful country music can be when it is at its best.

And country music doesn’t come any better than Eric Church, who takes home his umpteenth Disc of the Day prize from this column.

We have several promising newcomers vying for our attention in this stack of tunes. I was deliriously smitten by the fresh sounds of MacKenzie Carpenter, Drake Milligan, Catie Offerman, Kimberly Kelly, Bryan Ruby and Coffey Anderson. The rocking performance by Drake Milligan wins him this week’s DISCovery Award.

CATIE OFFERMAN / “Don’t Do It In Texas”
Writers: Catie Offerman/Nicolle Galyon/Ryan Beaver; Producer: Dann Huff; Label: MCA
–Tuneful and yearning. She’s getting ready for him to split, but begs him not to dump her in her beloved Lone Star State. Promising in the extreme. Offerman will make her performance debut during CMA Fest on Saturday at 4:00 on the Maui Jim Reverb Stage.

ERIC CHURCH / “Doing Life With Me”
Writers: Eric Church/Casey Beathard/Jeffrey Steele; Producer: Jay Joyce; Label: EMI
–I will never get over how great this artist is. Every note he sings goes straight to my hillbilly heart. This new performance is country-music brilliance. He muses on his imperfections while giving thanks to loved ones for being on his life’s journey. A mandolin trills, backing vocalists shadow his gently expressive performance and percussion shuffles along. Play it again.

BRYAN RUBY / “Left Field”
Writers: Andrew Capra/Chad Sellers/Bryan Ruby; Producer: Smith Curry; Label: BR
–Very cool. Ruby is a professional minor-league baseball player, but the title doesn’t refer to the game as you might expect. Instead, to a brisk, lively tempo, he urges you to live your life bearing in mind that some of the best things in it will come unexpectedly from out of nowhere. Proceeds from this ultimately playable single will go to his charity Proud To Be in Baseball, since he is the sport’s first openly gay athlete.

COFFEY ANDERSON / “Blessed”
Writers: Sean Squires/Stephen Hunley/Bobby McLamb; Producers: Coffey Anderson/Ilya Toshinsky; Label: Riser House
–I love country spelling songs. “I’m B-L-E-double S-E-D” he warbles in a softly furry tenor while the band kicks up some twang-dust behind him. It’s all about being thankful, affirming and positive, and I can certainly endorse that. Anderson stars in a Netflix reality series about his life titled Country Ever After.

JORDAN DAVIS / “What My World Spins Around”
Writers: Jordan Davis/Matt Dragstrem/Ryan Hurd; Producer: Paul DiGiovanni; Label: MCA
–Endearing. He’s a country boy, head over heels in love. The performance is downright joyous, and the production has all the thumping, shuddering oomph it needs. Dear radio: I’d sure like to hear this in heavy rotation. Thank you.

NICOLLE GALYON / “Winner”
Writers: Nicolle Galyon/Shane McAnally/Josh Osborne; Producers: King Henry/Jimmy Robbins; Label: Songs & Daughters
–One of Nashville’s most successful songwriters (“Tequila,” “Automatic,” etc.) is issuing an autobiographical song cycle titled Firstborn. The musical memoir’s first single is a simply lovely outing pairing her intimate soprano with a spare, folkie production that wafts like a spring breeze. This is music to get lost in. I must have this album.

DRAKE MILLIGAN / “Sounds Like Something I’d Do”
Writers: Brett Beavers/Drake Milligan/Terry McBride; Producers: Brandon Hood/Tony Brown; Label: Stoney Creek
–Milligan wowed them on America’s Got Talent on Tuesday with this barn burner. He has the physical presence of an Elvis, the deep-baritone dips of a Merle and the honky-tonk authenticity of a Strait. I think this kid might be a star. Get on board and rock with him ‘til ya get dizzy.

MacKENZIE CARPENTER / “Can’t Nobody”
Writers: Brigetta Truitt/Peytan Porter/MacKenzie Carpenter; Producer: Brandon Hood; Label: Valory
–“Can’t nobody write a song like Dolly.” “Can’t nobody love June like Johnny.” “Can’t nobody break a heart like you.” This midtempo, sweet/sad, swirly confection introduces a gal who sounds like a major contender. Spin it.