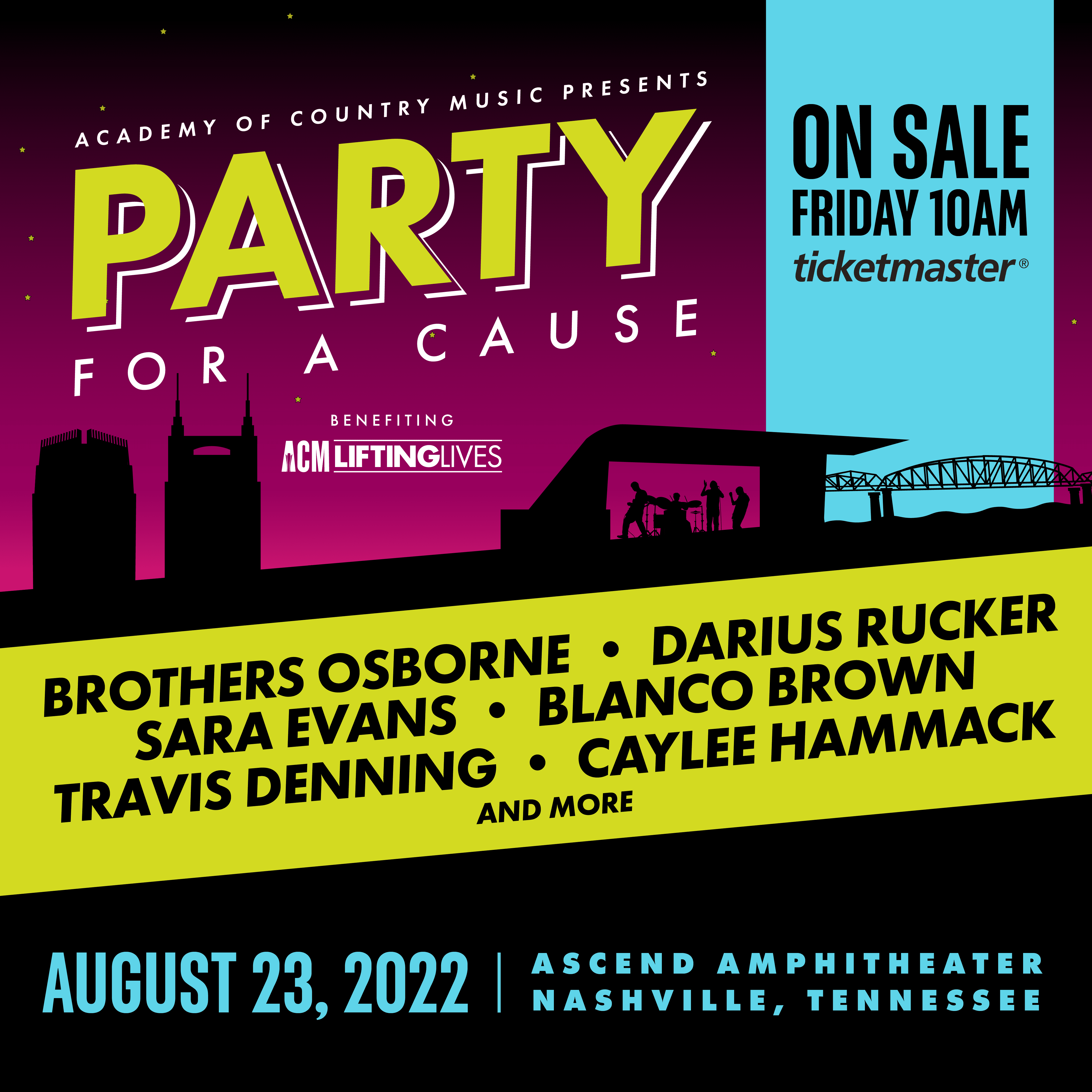 The Academy of Country Music has unveiled the lineup for its annual ACM Party for a Cause event, benefiting ACM Lifting Lives. Returning to Nashville for the second consecutive year, the evening will take place on Tuesday, Aug. 23 at Ascend Amphitheater and will precede the 15th Annual ACM Honors ceremony, which will be held Aug. 24 at the historic Ryman Auditorium.

ACM Party for a Cause will feature performances from reigning ACM Duo of the Year Brothers Osborne, as well as Blanco Brown, Travis Denning, Sara Evans, Caylee Hammack, and Darius Rucker. Details regarding the event, including additional performers, host details and general event information, will be announced in the coming weeks.

“We’re so excited to be back in Music City for our second year of Party for a Cause at Ascend Amphitheater. Just like last year, we plan to bring the party to Nashville during a great night of music all for a good cause,” shares Lyndsay Cruz, ACM Lifting Lives Executive Director. “We’re so grateful to the artists who participate in this show, giving back to the country music community, and giving fans the opportunity to experience a show they can’t see anywhere else.”