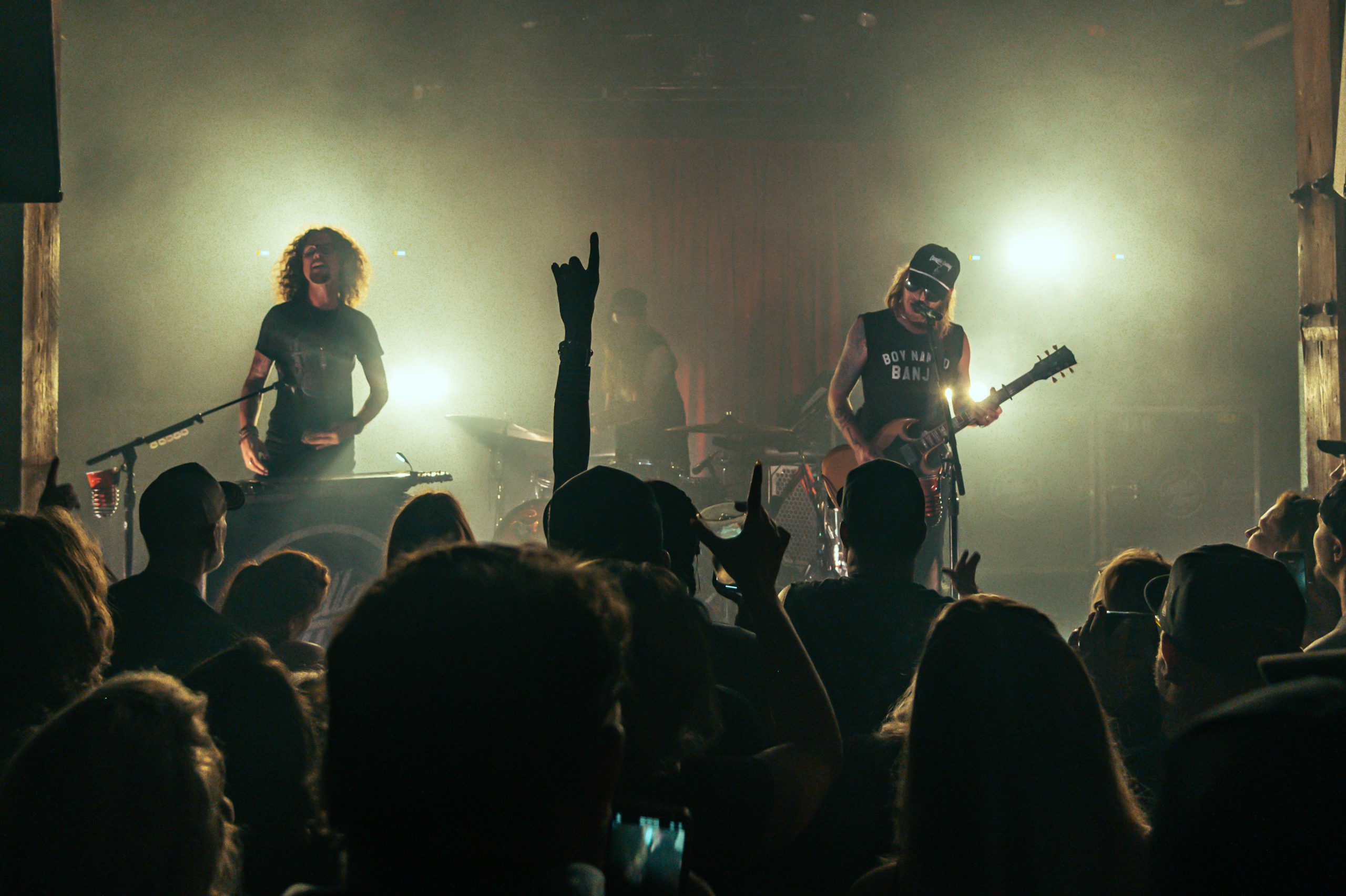 Hometown favorites The Cadillac Three rang in last call at Nashville’s Mercy Lounge last night (May 18) with a sold out crowd. Only two days before the famed venue closes down, the trio delivered a stacked set of nearly two dozen of their biggest songs and fan favorites.

After an opening set from indie pop band Jive Talk, TC3 hit the ground running with their aptly-titled “Tennessee,” displaying the first taste of what would be an electric guitar-filled night. They followed with “Blue El Camino,” the funky title track from their 2020 record Tabasco & Sweet Tea, and fired off into “Hard Out Here For A Country Boy,” which had the entire room screaming the lyrics back. 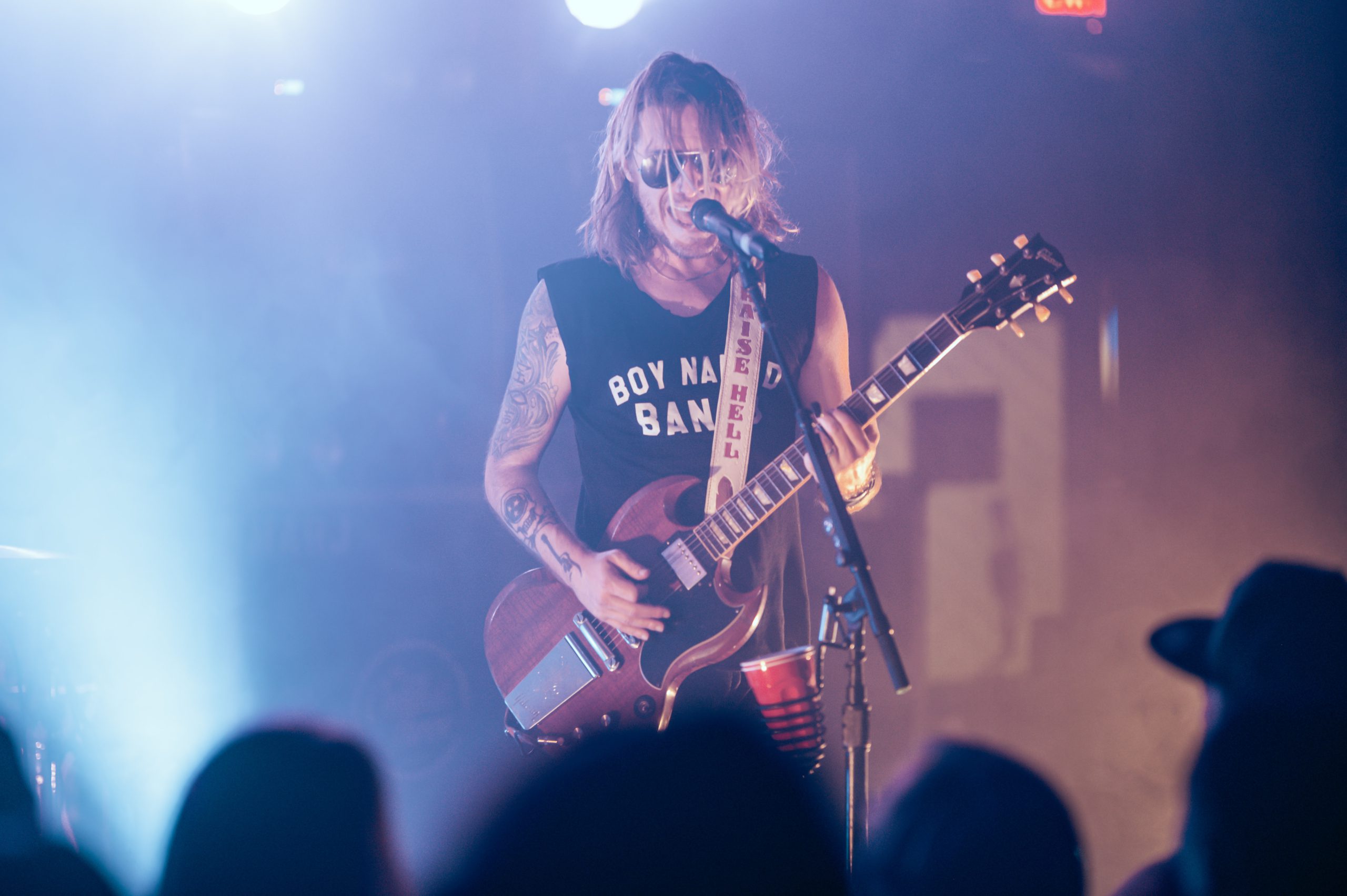 “We’re gonna try not to talk too much,” Grammy-nominated frontman Jaren Johnston shared from the stage. “I’m gonna take my glasses off and look every one of you in the eye and say that this room right here means a lot to us. This is where we all started. Ever since we played this room, we’ve been all across the world many times. It’s amazing where you get your start and a lot of people forget that shit.”

He continued, “Tonight is the second night before this thing closes down and I just want to say thank you for having us, Mercy Lounge. Thank you for helping us start our career. Thank you Music City for being with us this whole time representing whatever the f**k we’ve been doing for the last 20 years… We are The Cadillac Three and this is Mercy Lounge.”

Johnston, along with drummer Neil Mason and lapsteel/bassist Kelby Ray, brought the heat and the noise as they dove deep into a steady mix of tracks form the last decade, including the slow-rolling “Whiskey & Smoke;” the redneck anthem “Bury In My Boots,” which begged a booming choir from the audience; their signature “Tennessee Mojo;” and more, all fit with plenty of jam sessions and guitar solos.

The three Nashville natives reminisced on the first time they played Mercy Lounge, as well as the way Nashville used to be when they were growing up. “It’s a shame that this happened… It’s getting a little weird,” Johnston quipped. “I might start buying some buildings and try to help out, I guess,” which earned a big cheer from the crowd.

“We’re gonna take it way back to the beginning. The first song we ever played in this room, as The Cadillac Black, we came on and it sounded just like this… and everybody in the room was scared to death.” 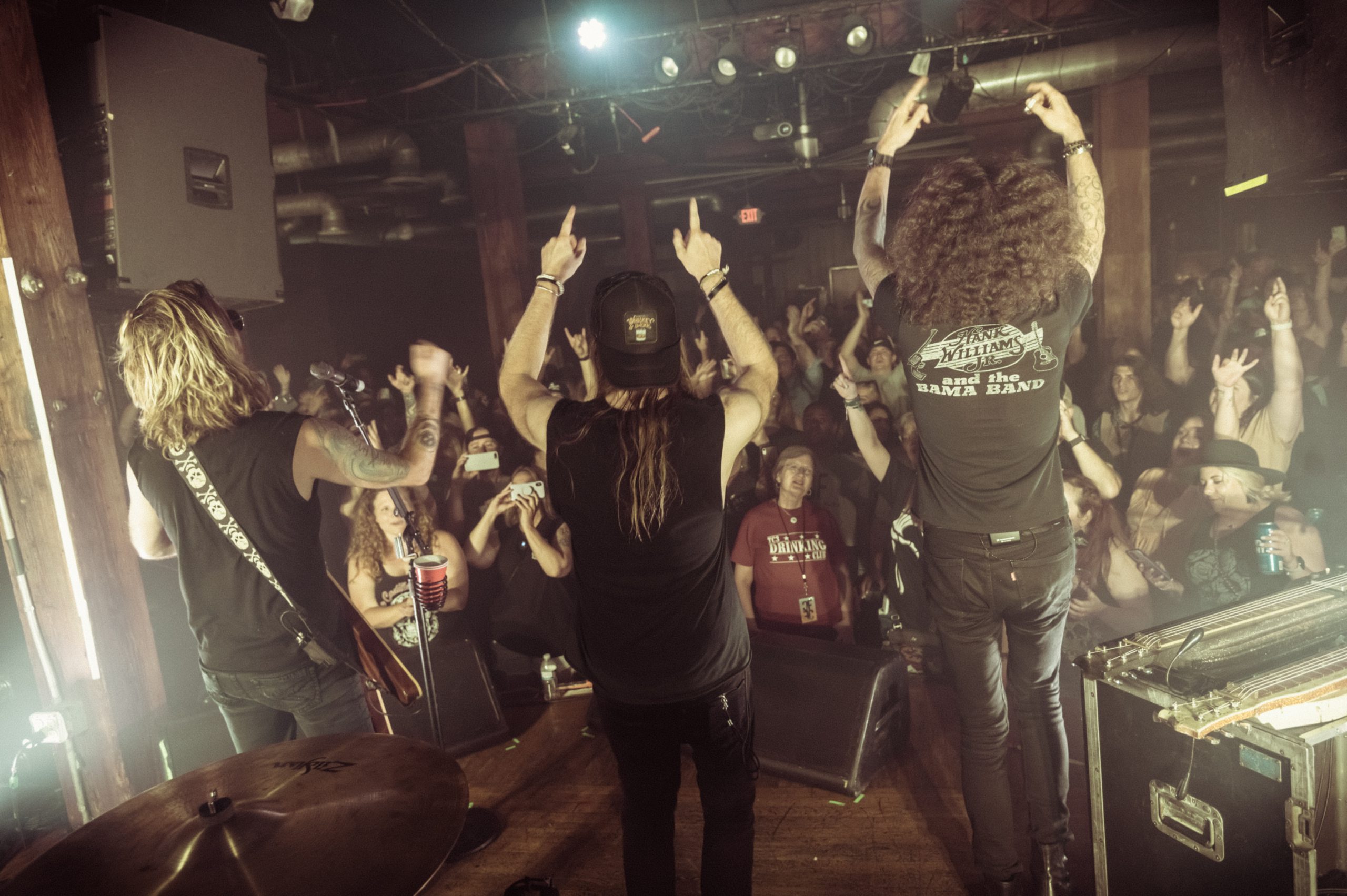 The band broke out into their rocking “I’m Southern,” from their 2012, self-titled record, setting the tone for the remainder of the show. After a buzzing version of “I’m Rocking,” Johnston showed off his vocal dexterity on “Whiskey Soaked Redemption” before rolling through the last few songs of the night, including the striking love letter in “White Lightning.”

“Thank you Nashville, Tennessee for giving us a great night. We are The Cadillac 3 from Nashville, born and raised. And I’m very proud of that,” Johnson stated simply before ending out the electric night.

The audience fully erupted during TC3’s encore performance of their smash hit “The South,” which provided the perfect high-energy ending to one of the venue’s final shows.

TC3’s “Hillbilly Hypnotized Tour” rolls along this summer with an August run in the UK. For a full list of upcoming dates, click here.