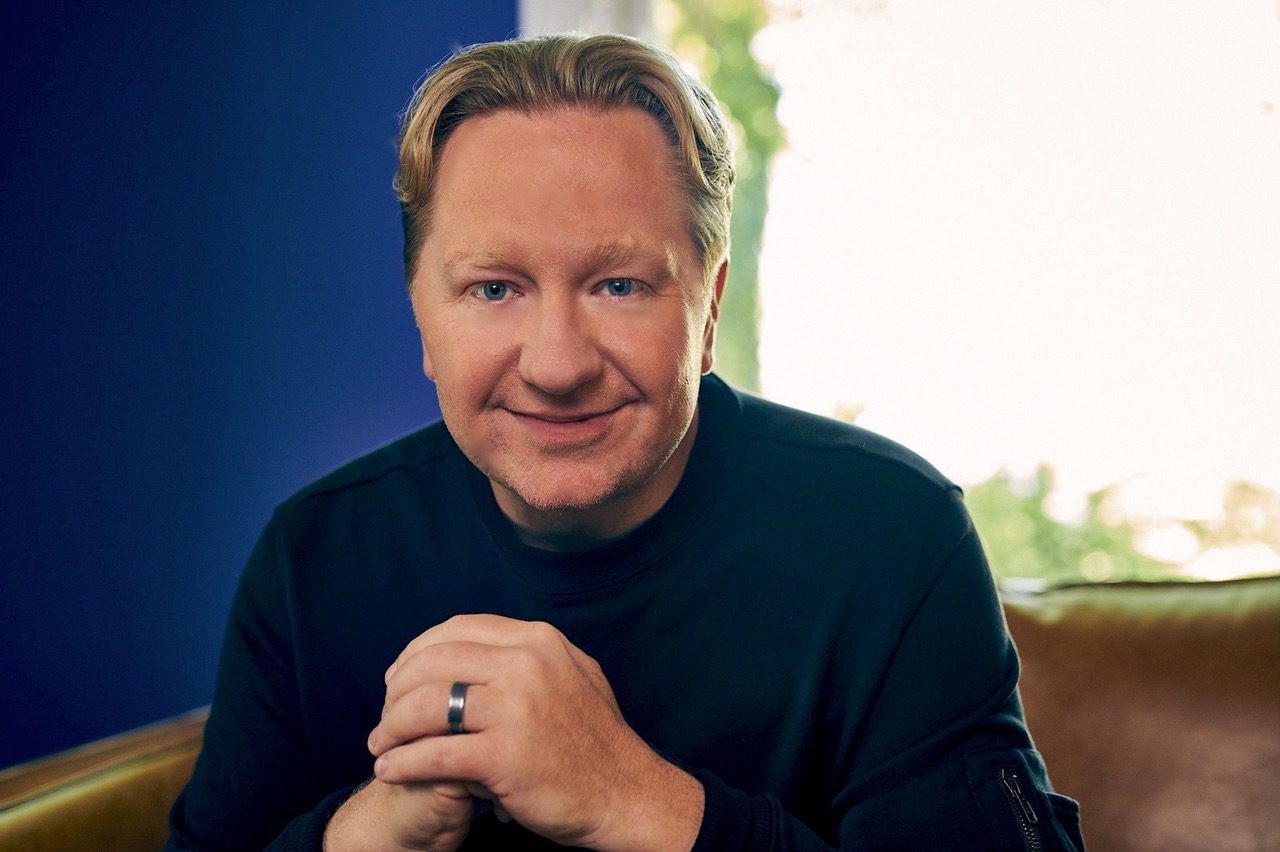 Mickey Jack Cones has produced, engineered and/or published 37 No. 1 records. His award-winning productions and recordings have garnered over 200 billion streams, 75 million units sold, and include No. 1s by Dustin Lynch, Joe Nichols, and most recently Jameson Rodgers’ “Some Girls.”

In 2019, Cones launched Verge Records which has signed Trace Adkins, Jay Allen, Scott Stevens, Chuck Wicks and Kid Politics. As a recording engineer, Cones has earned multiple awards and two Grammy nominations for his work with Jason Aldean. Through his company, COR Entertainment, Cones is a publisher of Luke Combs‘ No. 1 “When It Rains It Pours,” and manages Allen and Johnny McGuire.

I grew up in San Antonio, Texas. I come from a pretty musical family on my mom’s side. My grandmother grew up singing her whole life. She sang with the Glen Gray Orchestra and then actually had a record deal offered to her out of New York when she was in her late teens or early twenties. She ended up getting married to my grandfather instead of taking the record deal. Thank goodness she did because they had three daughters, one of which was my mother. [My mom and her sisters] grew up singing as well. They sang three part harmony on big band stuff. I started taking guitar lessons when I was eight and then I started playing guitar for my mom and her sisters when I was 10. 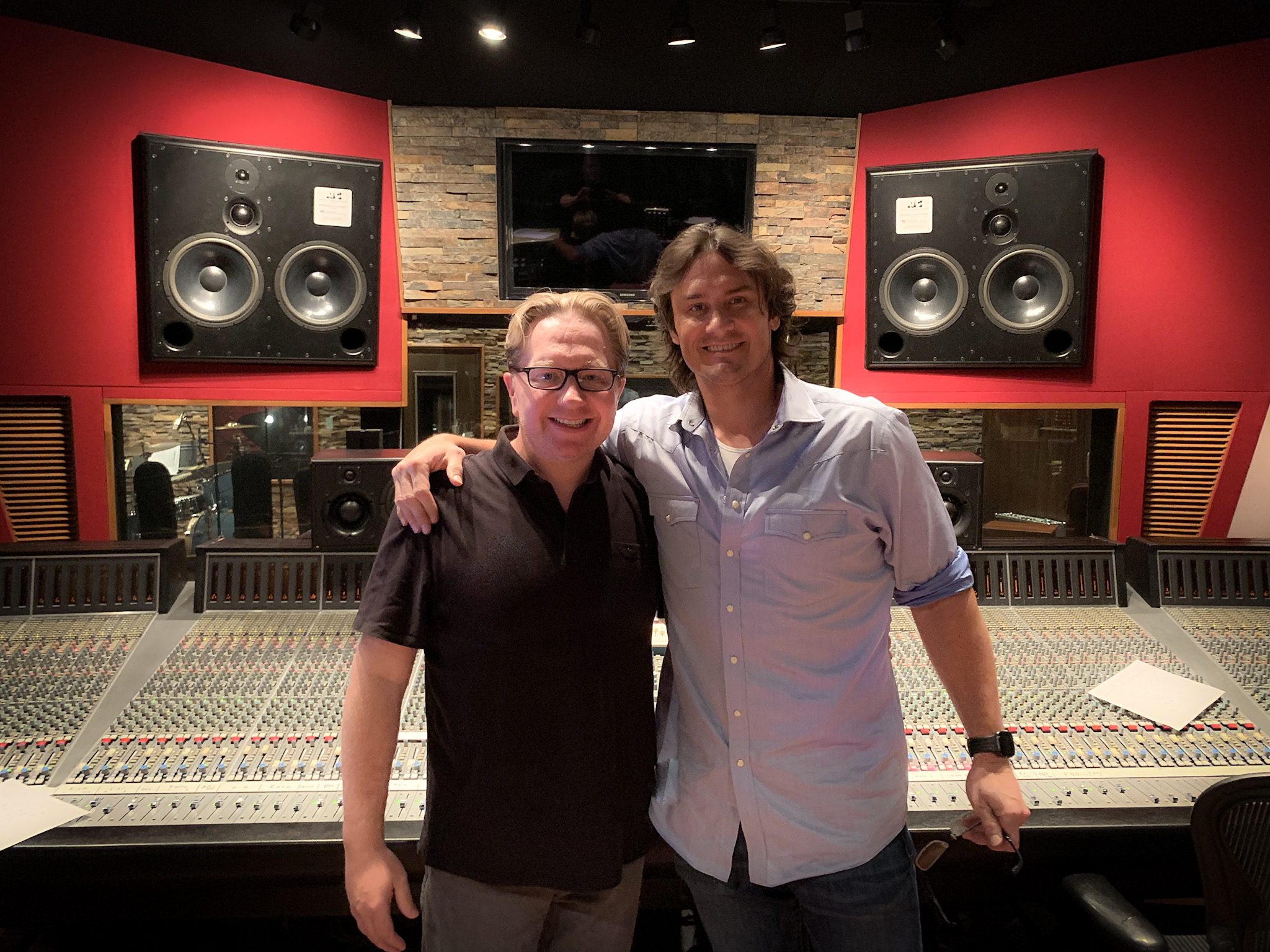 When did you start producing?

I had my own band when I was 15. I was the lead singer and lead guitar player, and we toured around Texas. The local bars were promoting the shows with radio, so they asked us if we had any music that they could play on the radio to promote our band’s shows. At that time, I hadn’t gone into the studio or cut anything, but I had grown up with my mom, who was a multi-instrumentalist [in addition to] my great grandfather, my grandfather and grandmother, so I played a lot of instruments. My grandmother bought me my first four-track recorder.

I figured out I could sing into one ear of headphones if I used the other quarter inch input and inserted it into the mic input. I used it backwards–I used the headphones as a microphone. That’s when I started diving into recording myself playing and singing out my bedroom. [That homemade recording] is actually what I gave to the bar for them to play on the radio and we started getting all kinds of recognition. They were like, “Man, your band is good.” Well, I was the only one playing and singing on that stuff. (Laughs) 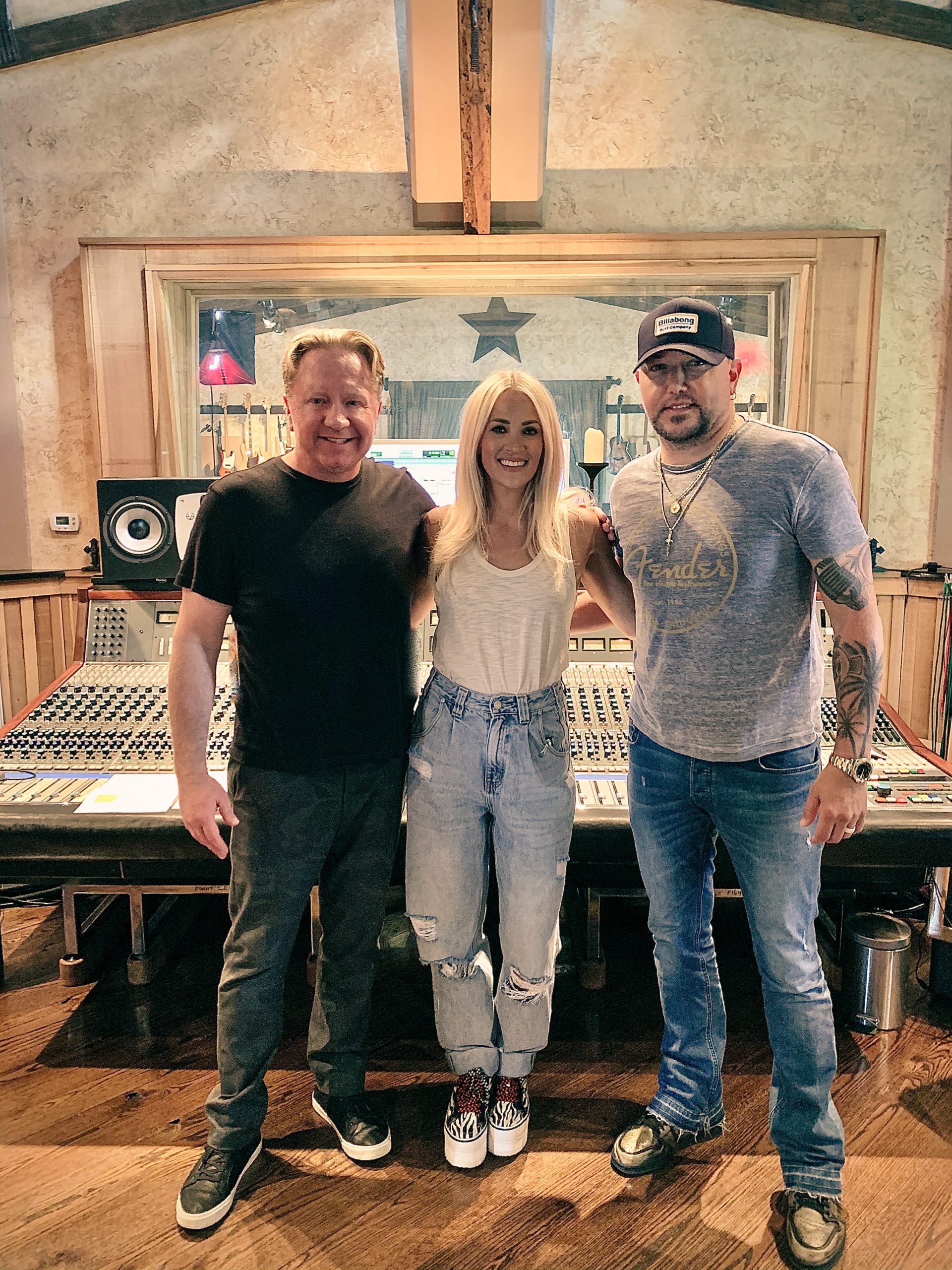 I moved to Nashville in December of ’96 to finish school at Belmont, following Barry Beckett’s suggestion. Ironically, my first semester at Belmont, I actually interned for Barry. He was the only person that I knew in town. When I graduated, I started engineering for David Malloy and J. Gary Smith. They had a publishing company and a studio on 17th. Straight out of college, I started engineering for them. That’s where I started meeting all the top session players, getting the opportunities, running with the right crowds and meeting the right songwriters.

When did you start feeling like you were going to “make it” in this business?

I was writing songs at EMI, I was producing songs, and engineering for a lot of people back then, so it’s hard to know what that moment is. I’ve been all over the map with my career and it has stayed that way. Co-producing the Jeff Bates project was a big turning point for me. That was the first country major label project that I was a part of on RCA. To be able to co-produce that project for Kenny Beard was a big moment. 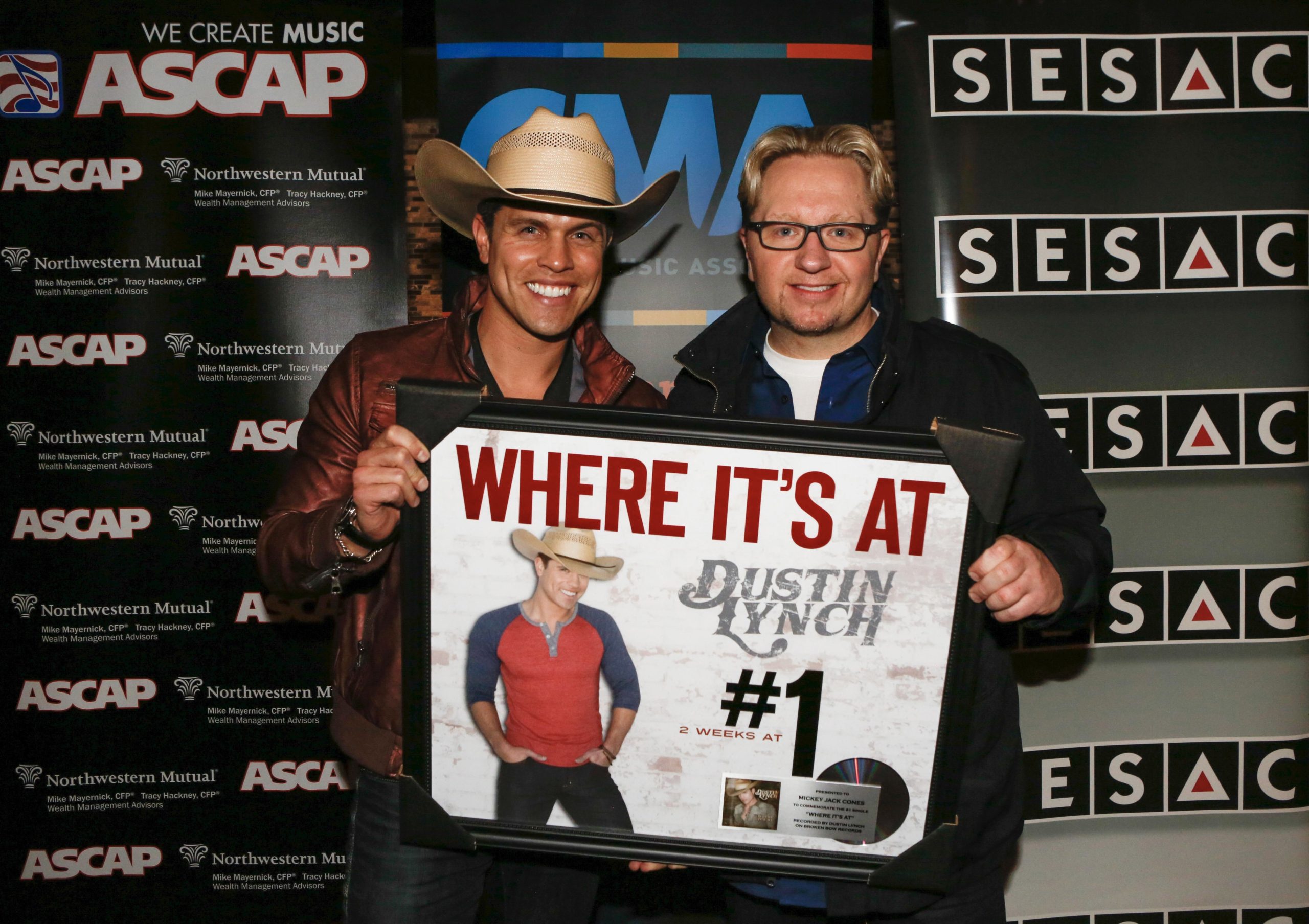 Tell me about scoring your first hit.

They say its a 10 year town, but I had little milestones [along the way] like meeting David Malloy, meeting Kenny Beard, working with Jeff Bates, working with Trace Adkins, and more. We had Gold records along the way, but the first No. 1 song that was solely produced by me was Dustin Lynch‘s “Where It’s At.” At the time, I had been recording all of Jason Aldean‘s vocals for a couple of records. Of course, Michael Knox produces that project and always has, but Michael and Jason asked me to come in and start recording his vocals. That’s how I met Benny Brown [who was at Broken Bow at the time]. Benny said, “Hey, I love what you’re doing over here with Jason. Dustin needs some energy,” and brought me on.

That was 2012. So after moving in town in ’96, graduating in ’98, doing the publishing deal, going out on the road as a band leader, engineering like crazy, and then starting to co-produce, it felt like a long run to get to that point of my first No. 1 production credit, but it was so worth the wait.

I produced the next three songs to follow that, so I produced Dustin’s first four No. 1s. That was huge. Now I’ve engineered Jason’s vocals on around 24 No. 1s at this point. During that time period we had “Don’t You Wanna Stay” with Kelly Clarkson, which was one of the biggest songs that I had been a part of at that point. 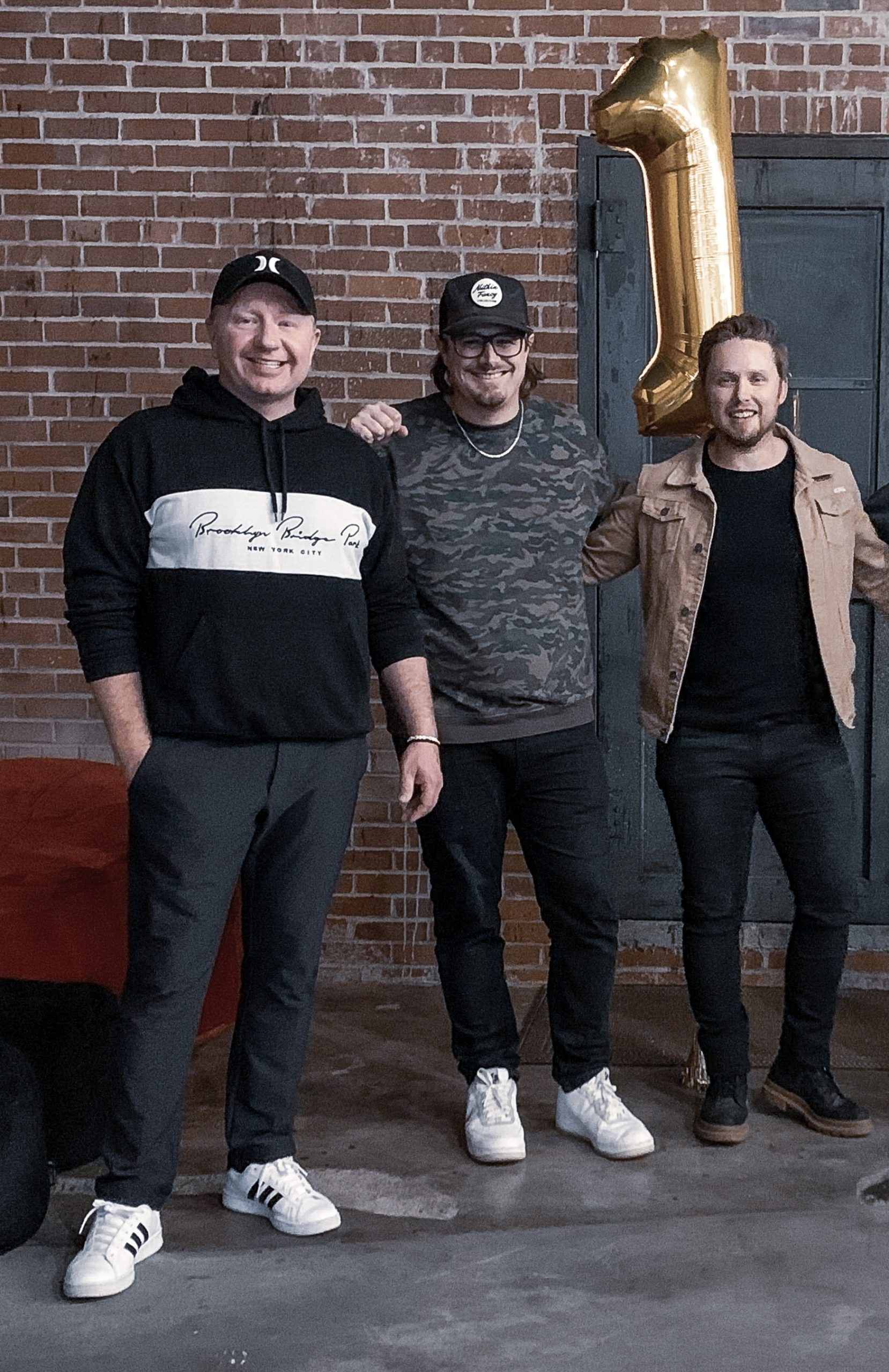 You now wear a lot of hats. You’re a producer, an engineer, a publisher, an artist manager, a songwriter, a label owner at Verge Records, and more. Where does that come from?

I’ve been referred to as Mickey Jack of all trades. (Laughs) But I want to be the master of some, too! When I moved to town, I felt like I had more to offer than just one aspect of the business. I wanted to be known for being versatile. As a band leader, as a front man, as someone who was on stage and someone who was a road manager, I know how all the ins and outs work in the industry. I worked with all the majors on the management side, on the publishing side, on the musician side, and on the songwriter side–I just had a lot to offer.

So as I was [getting started] in town, a lot of artists that I was working with had so many questions. When you’re the studio, it’s kind of like a counseling session. It’s therapy. They’re like, “Dang dude, you’ve done a lot in the business,” and they start picking my brain. That’s what led me to open up COR Entertainment where we offer publishing, production and management branches. I had had success in all of them and I felt like I could help artists’ careers, especially artists that were coming to town that needed the guidance.

When have you felt most fulfilled in your career or life?

My wife Shannon saying “yes” to my proposal and giving birth to our three miraculous children–Jackson, Kylie, and McKenzie–are definitely my most fulfilled moments in life. But second to that, musically, is Dustin Lynch’s “Where It’s At” hitting No. 1 on the Billboard Country Airplay Chart and being certified Gold in 2014 [and then Platinum in 2015]. Not only was it my first No. 1 as a producer, but it was Dustin’s first as an artist, Zach Crowell and Matt Jenkins’ firsts as writers, and Ashley Gorley’s first as a publisher! It was Cary Barlowe’s second as a writer. Such a special song and moment for everyone involved. I thank the good Lord daily for that fulfilling moment.

How do you want to be remembered on Music Row?

I am a proud father of three, a constantly improving husband to the strongest and most beautiful wife in the entire world–who also happens to be my best friend–and have survived the music business for the past 25 years with a few accolades to show for it along the way.

Blessed is an understatement. I suppose I would want people to remember that I am thankful, humble, appreciative of the journey, and that my family and music are my life. I hope in some way to impact the world positively with both.