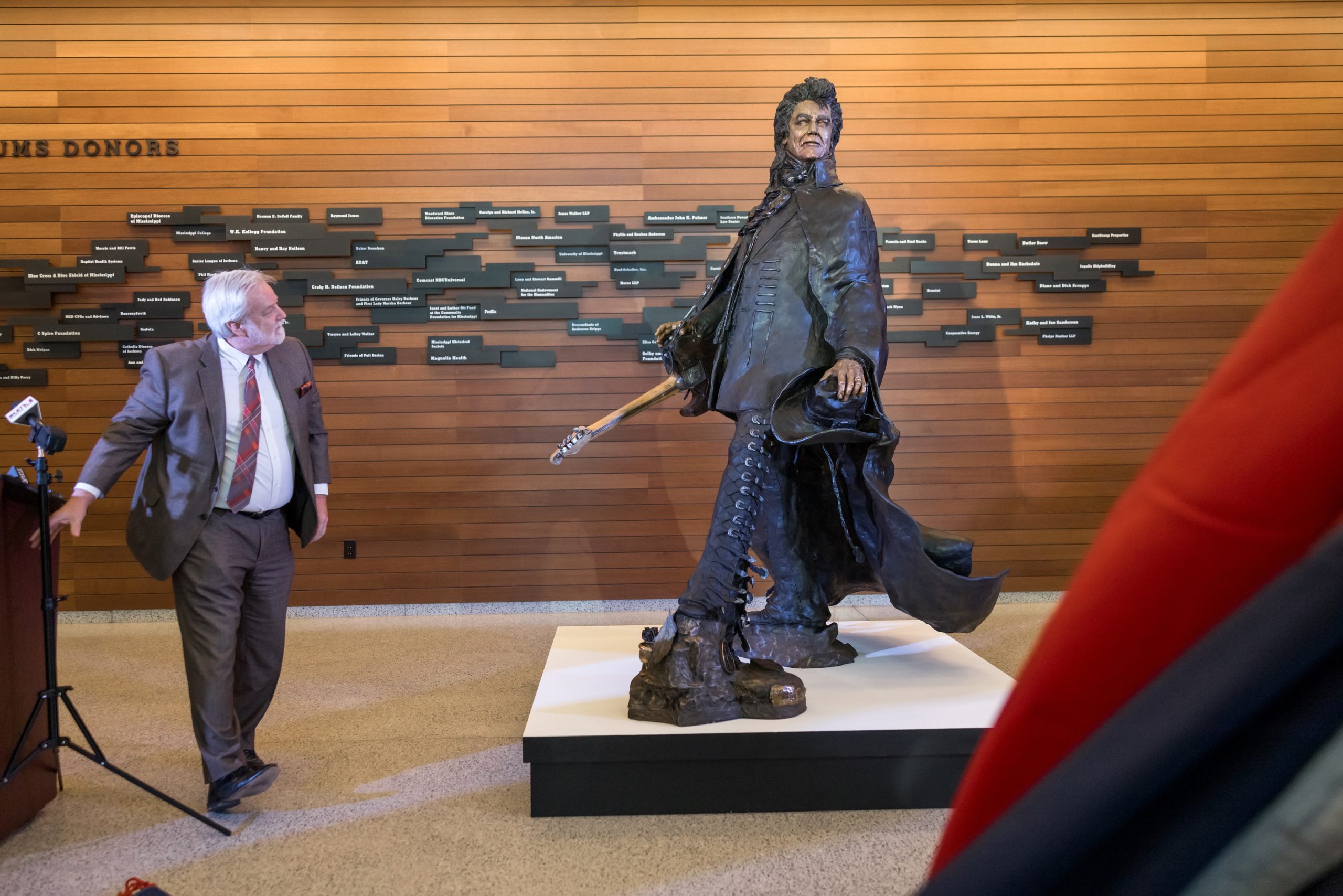 Barnard is an award-winning composer, conductor, and arts presenter with a doctorate in music composition from the University of Kansas and other degrees from Northern Colorado and West Texas State. He directed collegiate choral music programs in Nebraska, South Dakota, and at Penn State Erie, where he first fell in love with the arts presenting industry. He went on to open a new $26 million performing arts center in Brownsville, Texas; managed an 1100-seat performance hall in Fort Lauderdale, Florida; and served for two years as Executive Director for the MSU Riley Center in Meridian, Mississippi.

Stuart announced the appointment at the recent opening of “The World of Marty Stuart” exhibit at Two Mississippi Museums in Jackson, Mississippi on May 6. The ceremony also included the unveiling of Texas sculptor Craig Campobella’s statue of Marty Stuart entitled “The Pilgrim,” which will take up permanent residence at MSCCM when the Two Museums exhibit closes.

The Mississippi Department of Archives and History has partnered with University of Mississippi to print a 256 page book to accompany the exhibit, The World of Marty Stuart, which provides an up-close look at important moments in country music and reaffirms Stuart’s dedication to preserving the genre’s rich history in addition to chronicling Stuart’s 50-year journey as a traveling musician.

“Having opened a brand-new venue once already, I know the immense satisfaction of seeing a new facility come to life and to be embraced by its community,” Barnard shares. “In serving as the Executive Director for Marty Stuart Congress of Country Music and the Historic Ellis Theatre, my goal is to attract visitors from across the US while at the same time making life better for all of the Philadelphia community.”