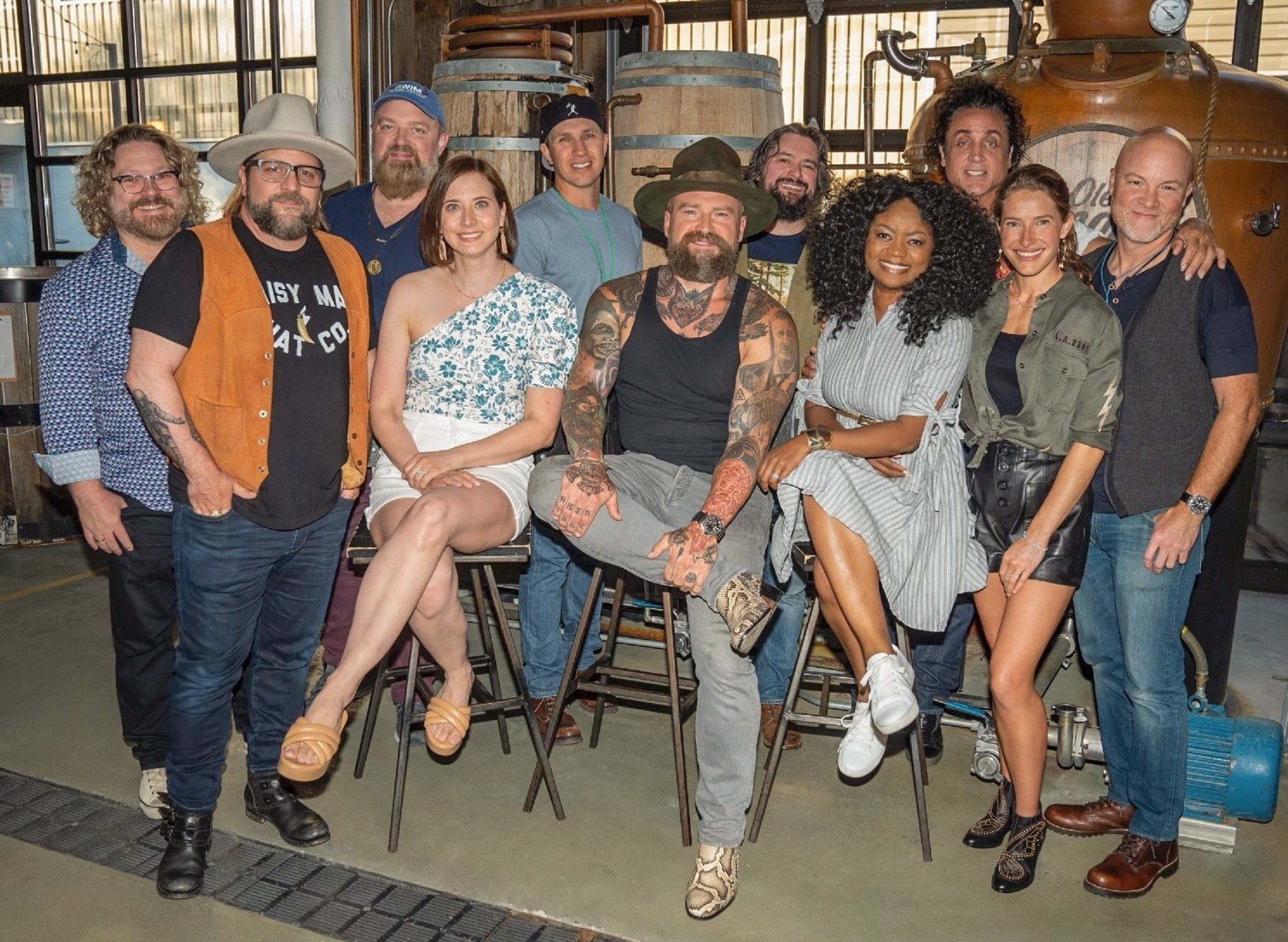 For decades, I have been preaching to folks in L.A. and New York that Nashville is more than country music — if only those folks could have been with me on Tuesday evening (May 17).

That was the date of this year’s Grammy Block Party. This event is always in sync with my testimony, in that it purposefully showcases Music City’s diversity.

Staged at the 6th & Peabody Brewery & Distillery, the party had it all — food, games, dancing, drinks, fellowship and music, music, music. We got there at the perfect time to catch openers The War & Treaty. Put simply, the act’s Michael and Tanya Trotter are two of the most sensational vocalists — of any genre — who reside in our fair city. Their neo-soul pyrotechnics practically burned the place to the ground. By the time they finished their finale “Five More Minutes,” attendees were bopping all over the artificial turf.

Grammy-winning Gramps Morgan was up next. That’s right: Nashville is home to a major star of reggae music. His rhythm-happy set included a cover of Eddy Grant’s “Electric Avenue,” and he worked like crazy to engage the jaded Music Biz crowd. 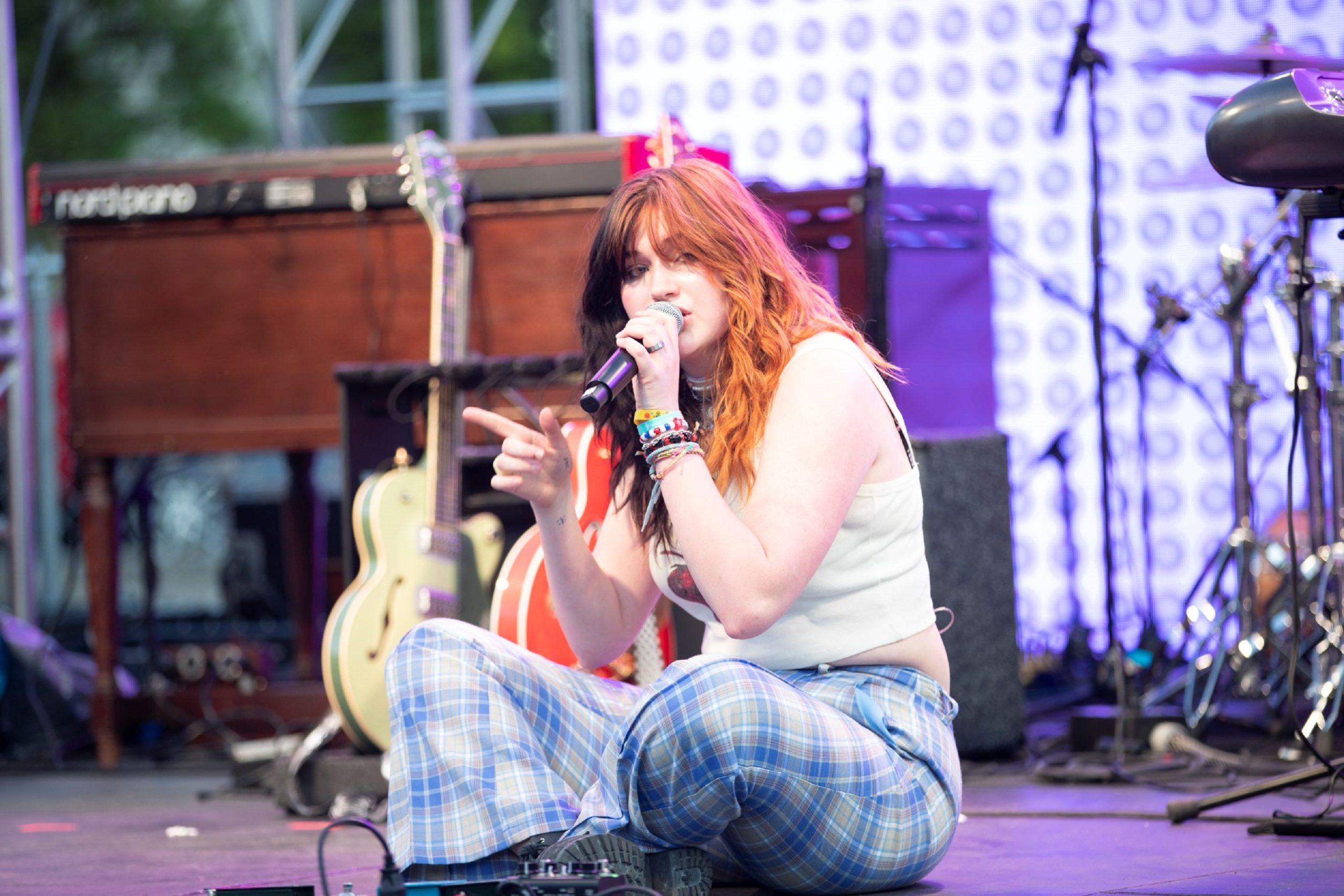 Current teen-pop “it” girl Gayle favored the party people with her breakthrough smash, “abcdefu.” For most of us, it was our first time to see her in action, and she did not disappoint. Again, this is kind of artist that the outside world would not necessarily associate with the capital of country music. Her full name, by the way, is Taylor Gayle Rutherford, and she is “just 17, you know what I mean/And the way she looked was way beyond compare.”

The left-field country greats of the Zac Brown Band were billed as show closers. Their strikingly original vocal harmony work, stoner vibe and groove-saturated tunes have made them among the most innovative and original groups on the current country scene. The warm late afternoon eased into a balmy evening as they were scheduled to worked their audio magic. 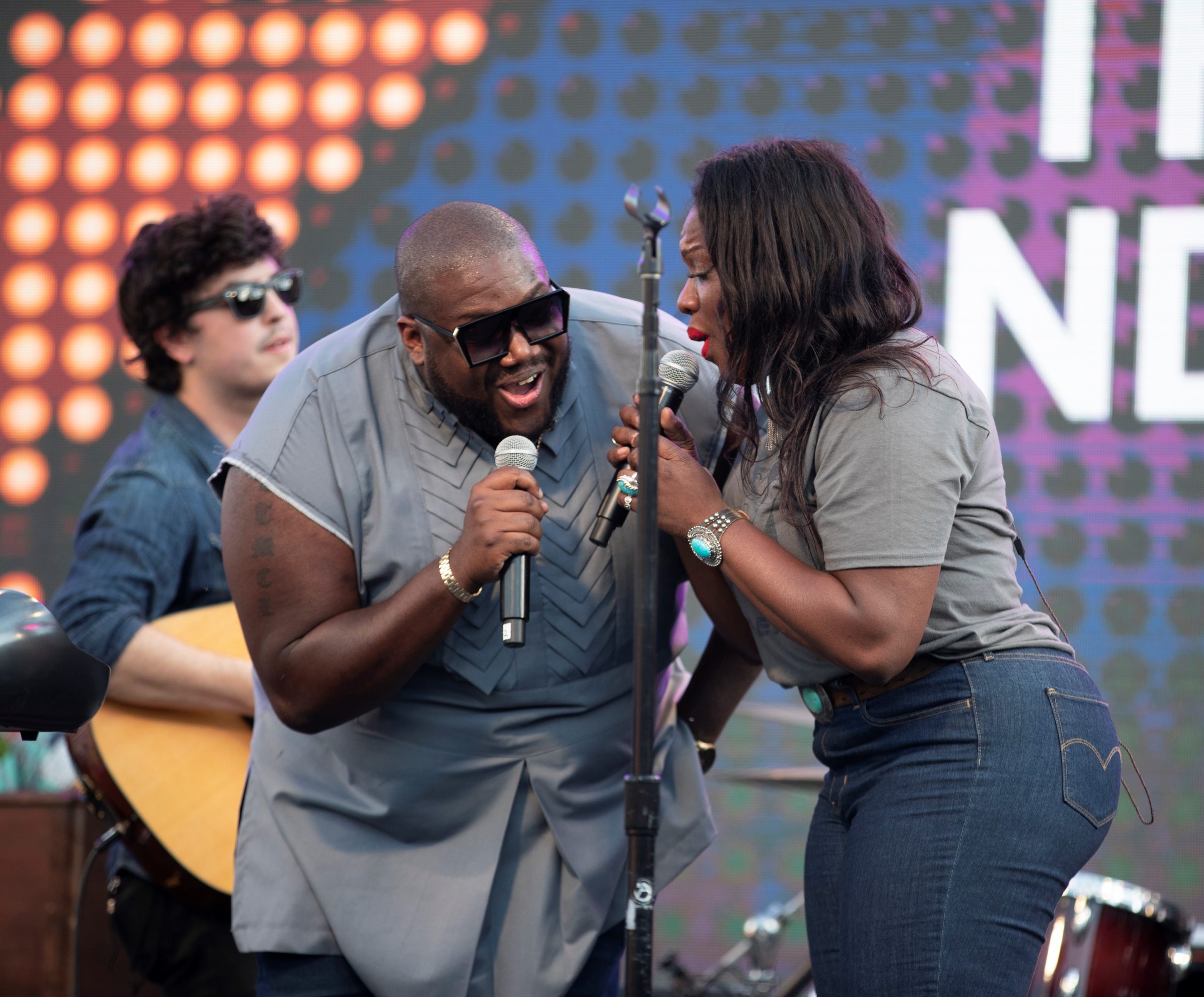 Guests dined on Prince’s Hot Chicken, chips & salsa, hot dogs and/or a build-your-own taco bar that was so generously laid out that you had your choice of chicken, beef or pork with just about any topping you can imagine. The hot chicken was so popular that they ran out after the first 90 minutes.

The venue’s brewery produces Yee-Haw Beer, and and its distillery makes Ole Smoky spirits. We had the latter in a light & lively blackberry-lemonade cocktail topped with lemon wedges.

Grammy logos were everywhere, most conspicuously as two shiny, massive Grammys that flanked the outdoor stage. The indoor stage was manned by a cool deejay. 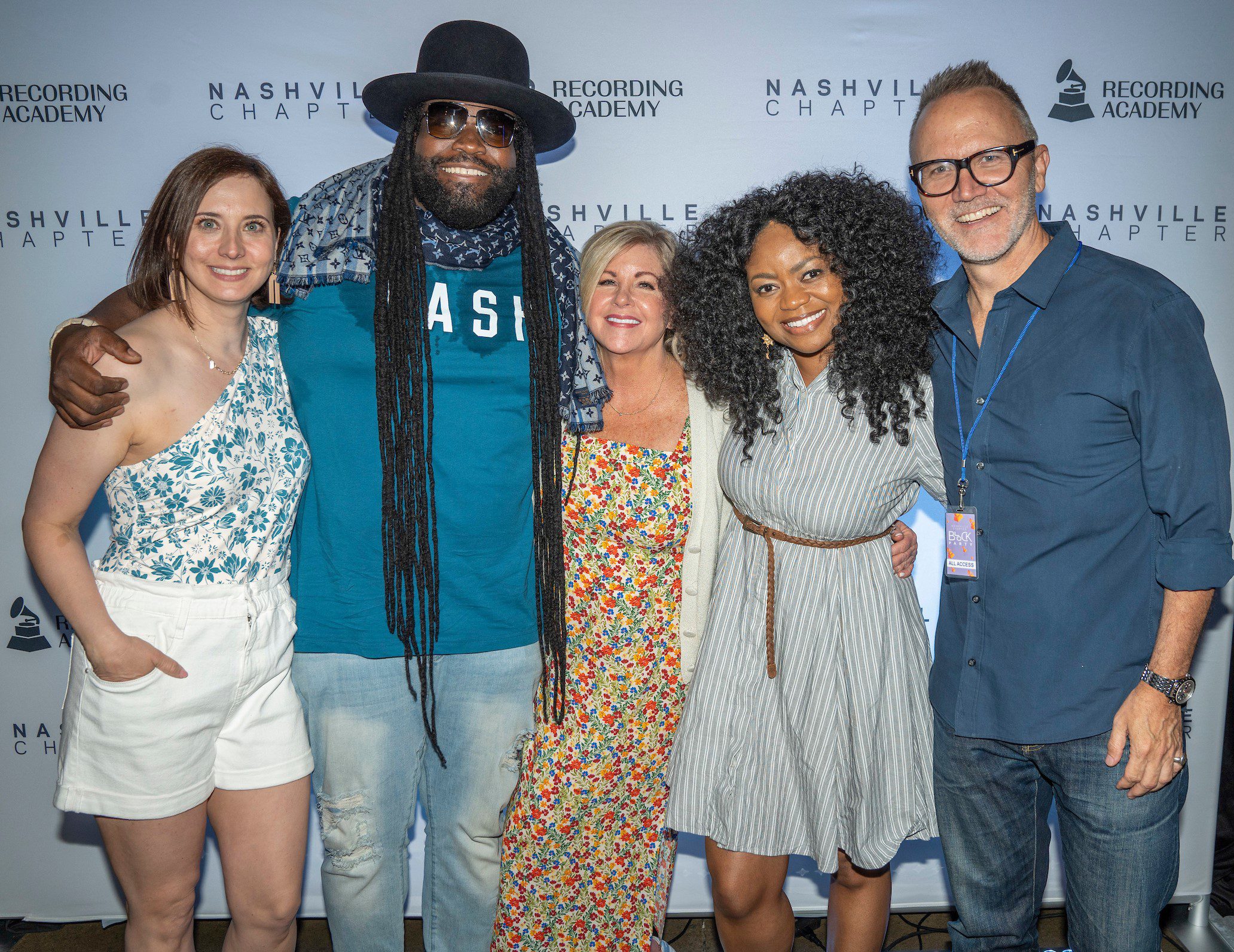 Garth Fundis was glowing in the aftermath of that morning’s announcement that the late Keith Whitley has been chosen for induction into the Country Music Hall of Fame. Fundis produced Whitley’s classics.

I complimented Cody Belew on his recent release, a creative cover of Dolly’s “Here You Come Again.” It turns out, he was over the moon about its review in MusicRow.

Similarly, Chapel Hart were tickled by their MusicRow reviews. I told the trio — sisters Danica Hart & Devynn Hart, and their cousin Trea Swindle — that I was particularly smitten by their sense of humor (“Jesus and Alcohol,” “You Can Have Him Jolene”). “The music business takes itself way too seriously,” quipped Danica. “You have to be able to laugh.”

Newlyweds Jenny Tolman & Dave Brainard are trying to come back to earth. Jenny issued her Married in a Honky Tonk album just before they went to Jackson Hole to tie the knot on March 19, and now she realizes she has to come down off her cloud and get back to work promoting it.

Neal Spielberg is now managing the epic blues vocalist Tracy Nelson. He got her a deal on BMG, and now she’s working on a new album that will feature a duet with Willie Nelson (no relation), harmonies by Dianne Davidson and Vickie Carrico, plus other stellar participants.

Because of the COVID pandemic, the Grammy Block Party has not been held for the past two years. Kudos to the Recording Academy for requiring vax proof for entrance to its comeback event.