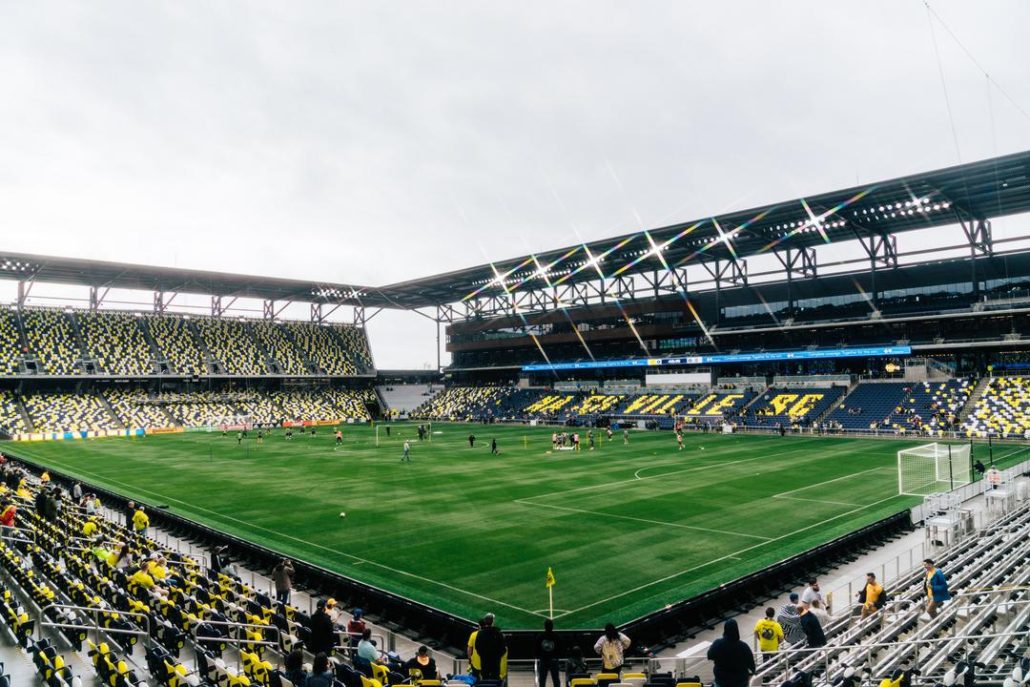 As Major League Soccer (MLS) and the city of Nashville turn its eyes on Nashville Soccer Club for its home opener on Sunday (May 1), the community will get its first look at GEODIS Park.

The 30,000-seat soccer-specific stadium is the biggest of its kind in the U.S. and Canada. But this isn’t just a place for soccer fans to congregate and cheer on their club, it will be the city’s newest and shiniest outdoor venue for music.

“This stadium was designed with concerts particularly in mind,” said Nashville SC CEO, Ian Ayre, in an interview with The Sports Credential—MusicRow’s sister publication. “It has all of the phase power, lighting, plugins and all that type of stuff [needed to put on a concert]. It’s got the steelwork in the south end built, so they can hold a stage and lighting rigs. There are artist dressing rooms and locker rooms that convert into green rooms. We own our own pitch cover, so the whole thing has been designed, particularly, with with concerts in mind.”

This arena will offer the city a mid-sized, outdoor arena for artists who aren’t looking to play Nissan Stadium (69,143), but want a bigger venue than Bridgestone Arena (approximately 20,000) or the Ryman Auditorium (2,362). 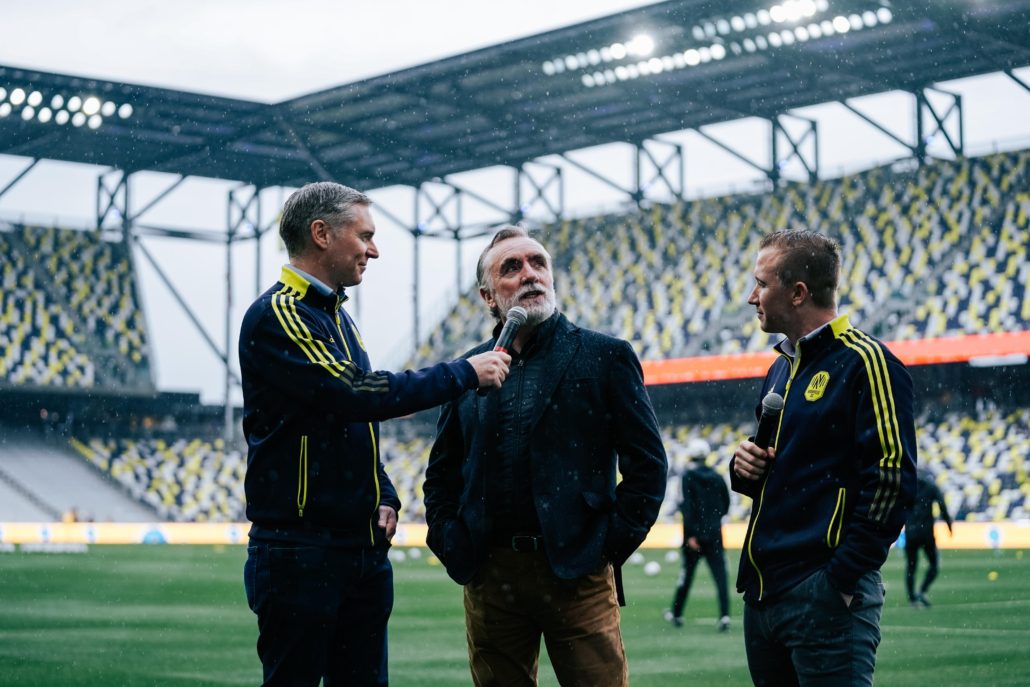 GEODIS Park sits in the heart of the Wedgewood-Houston neighborhood at the Nashville Fairgrounds and will be the permanent home to Nashville SC. A lot of work went into conceptualizing and constructing the privately funded stadium to not only be a fantastic soccer stadium, but an event space that can be extremely versatile.

The stadium was even designed for outdoor events, as the bathrooms will be accessible from outside even when GEODIS Park’s doors are closed. These kinds of amenities will allow for many events and watch parties that fans and the community can partake in.

Ayre says that the match-day experience was designed to be like a music festival. The main act is soccer but there will be so many other things going on for fans of all degrees. The concessions are packed with local eateries, the concourse is spacious to give fans room to take a break without having to miss the action on field, and the premium clubs will offer fans an exclusive and unique experience.

“We like to think of it like a festival of soccer,” Ayre shares. “If you go to a music festival, you go because you usually really like the headliner. In this case, soccer is that headliner. We wanted to surround that experience with all sorts of other things that people will come for, and then talk about.”

GEODIS Park will have multiple mini-stages in and around the stadium where fans will be welcomed by local artists and songwriters. Nashville SC has a unique opportunity being in Music City, and has shown its dedication to music and will continue to make local artists part of its identity. 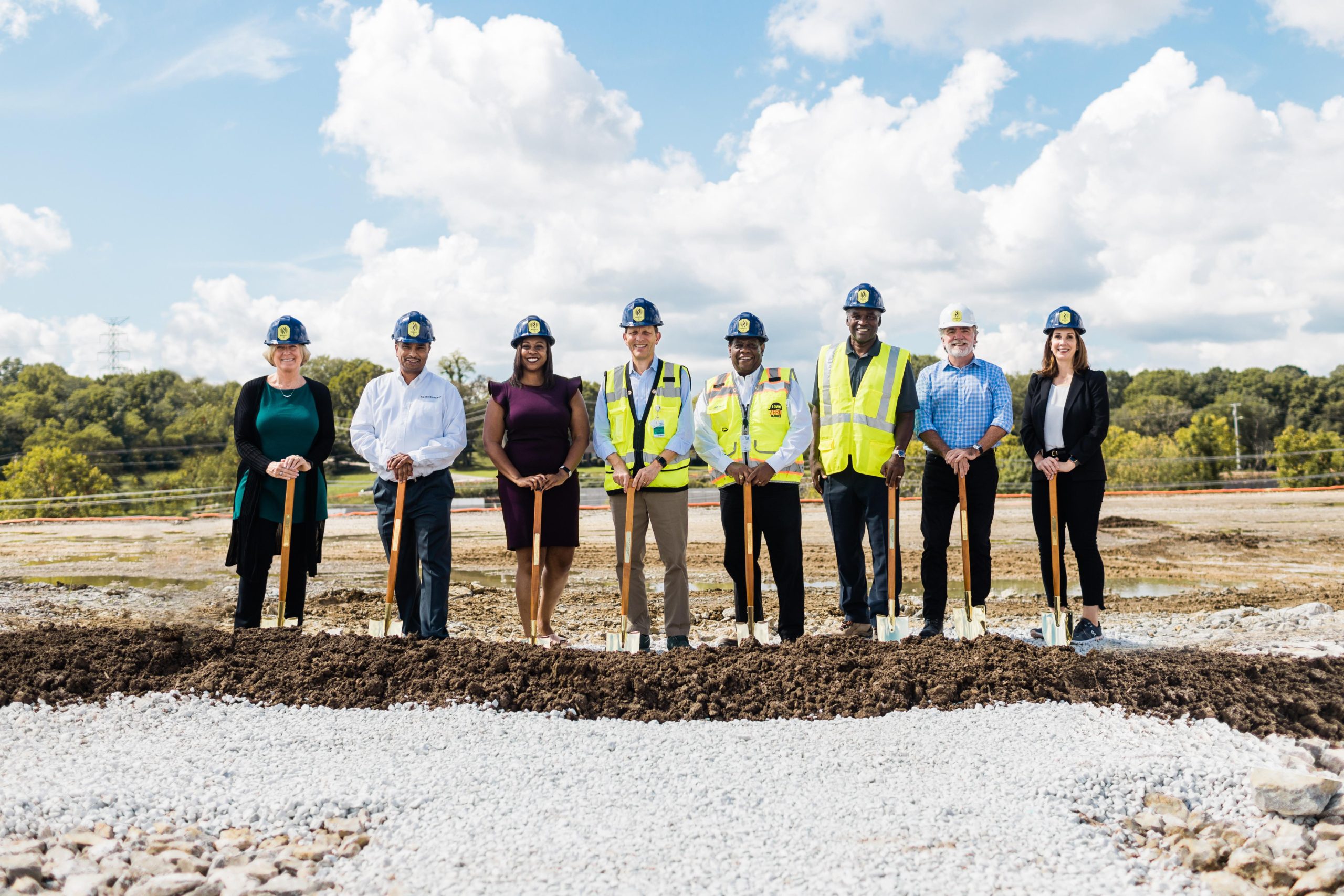 “We have a 60,000 square foot event square in the north end, which has power, so we can put stage out there on opening day,” says Ayre. “We’ve got a large screen video board on the external [of the building] so we can do watch parties. It has full sound so the whole thing has been designed with the ability to bring it to life in many different ways beyond soccer.”

In 2020, discussions of where the stadium would be and how it would look started early on with principal owner John Ingram and former Nashville mayor Megan Berry, before Ayre joined the club. Once the Nashville Fairgrounds were decided as the location and the team got the green light from the city, Ayre and the rest of the organization began planning what the stadium would look like in the Wedgewood-Houston neighborhood.

“We worked as a group—myself and the ownership group—to look at the design with Populous, who were the main architect, and Hastings, who were the local architects. Some of the key messaging that came out of those discussions was really about the neighborhood in which it would sit in,” Ayre shares. “It was really important to make it look like it belongs in that neighborhood. Wedgewood-Houston is a very up-and-coming urban area. There are some amazing stadiums both in the MLS and around the world, and some of them look like giant spaceships that have landed from somewhere, which might be the right thing in some places. We felt that our design, look, and feel needed to fit in.

“We’re building the biggest house in the neighborhood, you don’t want to build the most gaudy one. A lot of brick, steel, and wood were built into the design, and some of the steel work is designed with a very industrial look. I think it works perfectly for the location and what we’re after.”

A Liverpool, England native, Ayre has been leading the building of the club and the energy around it. He has been tasked with taking the USL Nashville soccer team’s passionate fans and building up a world-class organization with an unbelievable stadium. He stepped down as CEO of Liverpool FC in 2017 and was ready for the next adventure. However, at no point did he think that building a soccer club in Nashville would be the next adventure.

“I am a big believer that things happen for a reason,” Ayre explains. “It certainly wasn’t anything I’ve ever thought of doing, but the more time I spent on it, the more I realized what an exciting opportunity it would be not just to run a team, but to actually build the entire thing from scratch. [That is] kind of a unique thing to do in this sport. It doesn’t get more exciting and fulfilling than to create the whole thing.” 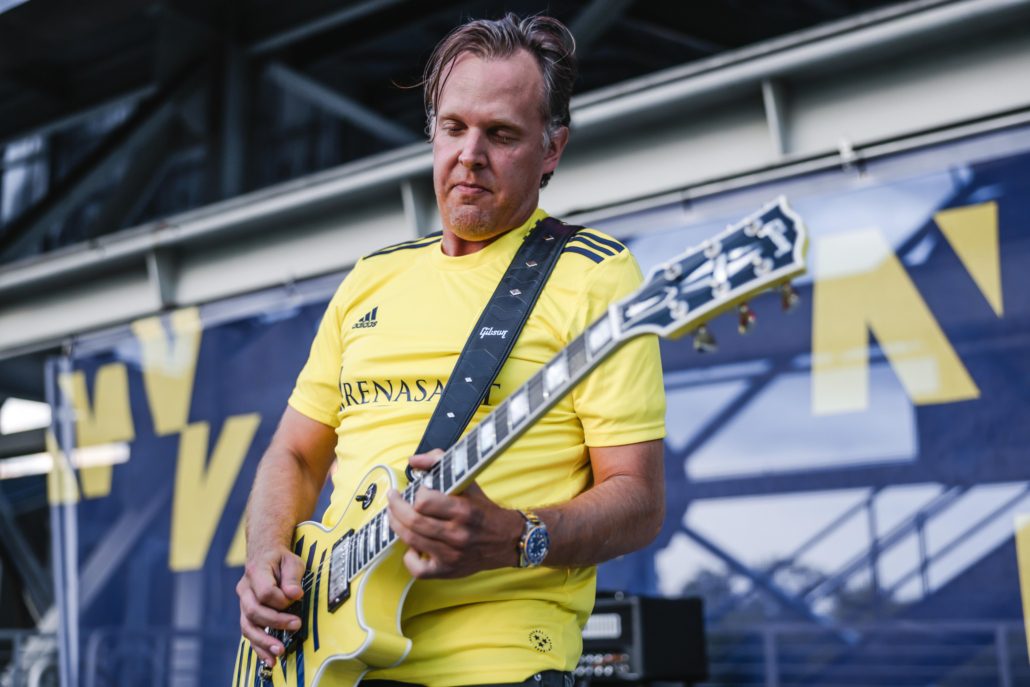 Since joining the MLS, the Nashville SC under Ayre’s leadership has incorporated many aspects of music to its match-day festivities, most notably their pre-match Guitar Riff. Many talented musicians in Music City have taken the stage for the pre-match tradition, including Megadeth’s Dave Mustaine and blues guitarist Joe Bonamassa. Styx’s Tommy Shaw will be the first to perform the Guitar Riff at GEODIS Park this Sunday (May 1).

Nashville band Judah & the Lion wrote and performed the club’s official anthem “Never Give Up On You.” The band will perform the song during a 20 minute post-match concert on Sunday.

Right now, GEODIS Park and NSC are focused on welcoming soccer fans and making it an amazing, world-class match-day experience. But concerts are on the horizon as Ayre and his team are looking to book acts.

For information about GEODIS Park and Nashville Soccer Club, head to The Sports Credential to read more.