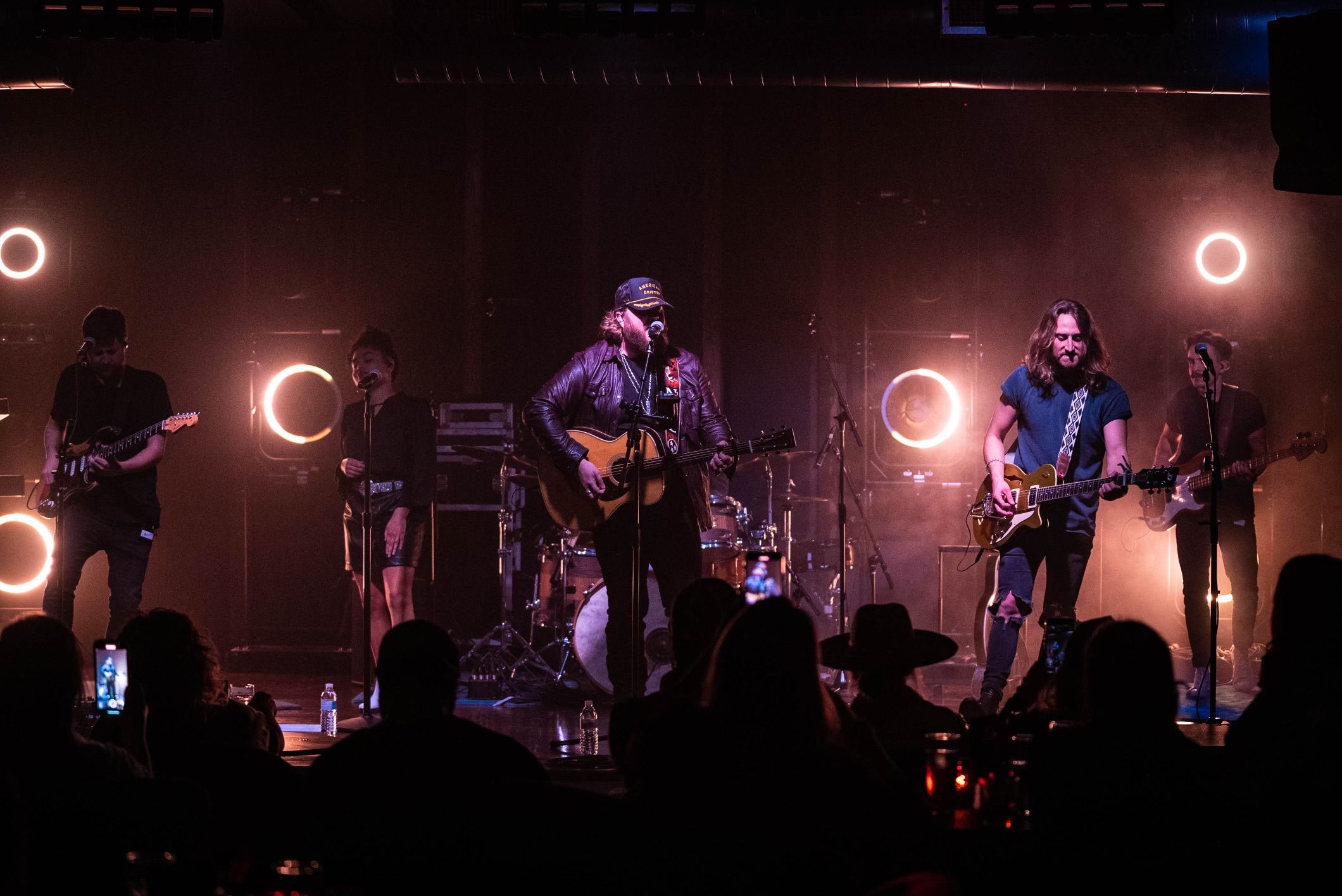 Decked out with a photo booth, props, and specialty cocktails named after some of Smith’s tunes, the Sony Music Nashville recording artist hosted a packed room of music industry executives to unveil some of his upcoming music. 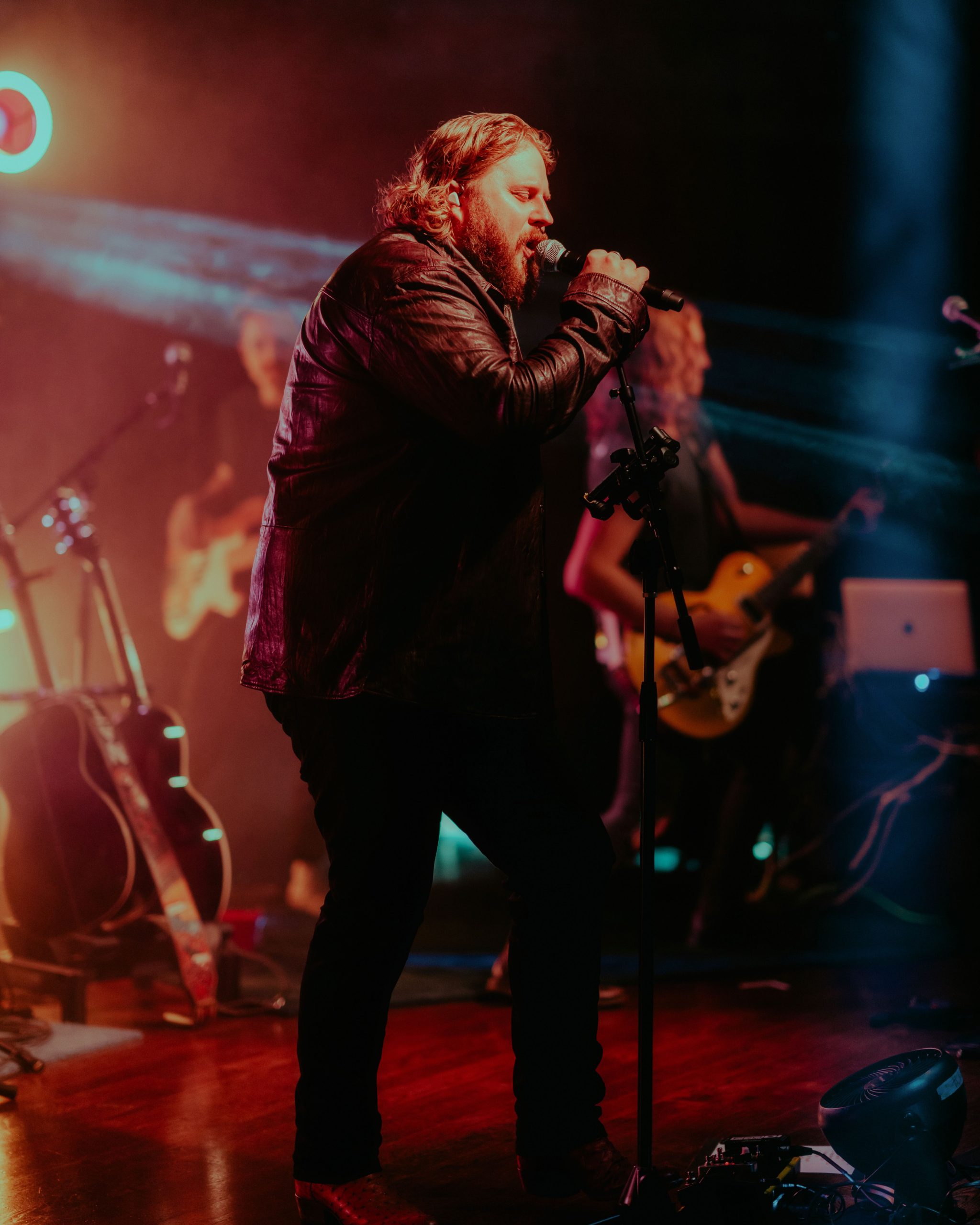 Welcoming the crowd, Smith’s managers—The Core Entertainment’s Simon Tikhman and Kevin “Chief” Zaruk—took a moment to brag on their artist. “When Chief and I started our company about three years ago, we had a vision of the type of people we wanted to work with—good, hard working people. Nate Smith exemplifies all of that,” Tikhman gushed.

“He works harder than everyone else and he wants it. He is the definition of what everyone in Nashville calls a 10-year town. He came here, he tried, and it didn’t work. He had to go back to California and he thought music wasn’t in the cards for him. He found a way after the terrible, devastating fires in his home town of Paradise, California. He got in his car and he headed over to Nashville for a second chance. Lucky for all of us, especially Chief and I, someone introduced Nate to us,” Tikhman continued. “I remember it like it was yesterday. We were having breakfast with Nate and this guy was not the stud, star-looking guy you’re going to see tonight. He was wearing his cargo shorts and pretty much living in his car, and he said ‘I want this so bad.’ We looked at him and heard a couple of demos, and we knew this guy was destined for greatness. We saw the vision.”

They recounted Smith’s story of signing with Sony Music Publishing, allowing him to hone in on his writing and performing skills, before eventually joining the Sony Music Nashville recording artist family.

Chairman and CEO of Sony Music Nashville, Randy Goodman, also took the stage to introduce the rising star. With his signature brand of honest humor, Goodman quickly got to the point saying, “You know what occurred to me? None of you are going to remember what I say after you hear this guy. That’s the truth of the matter. So without further ado, Sony Music Nashville recording artist and publishing artist: Nate Smith.” 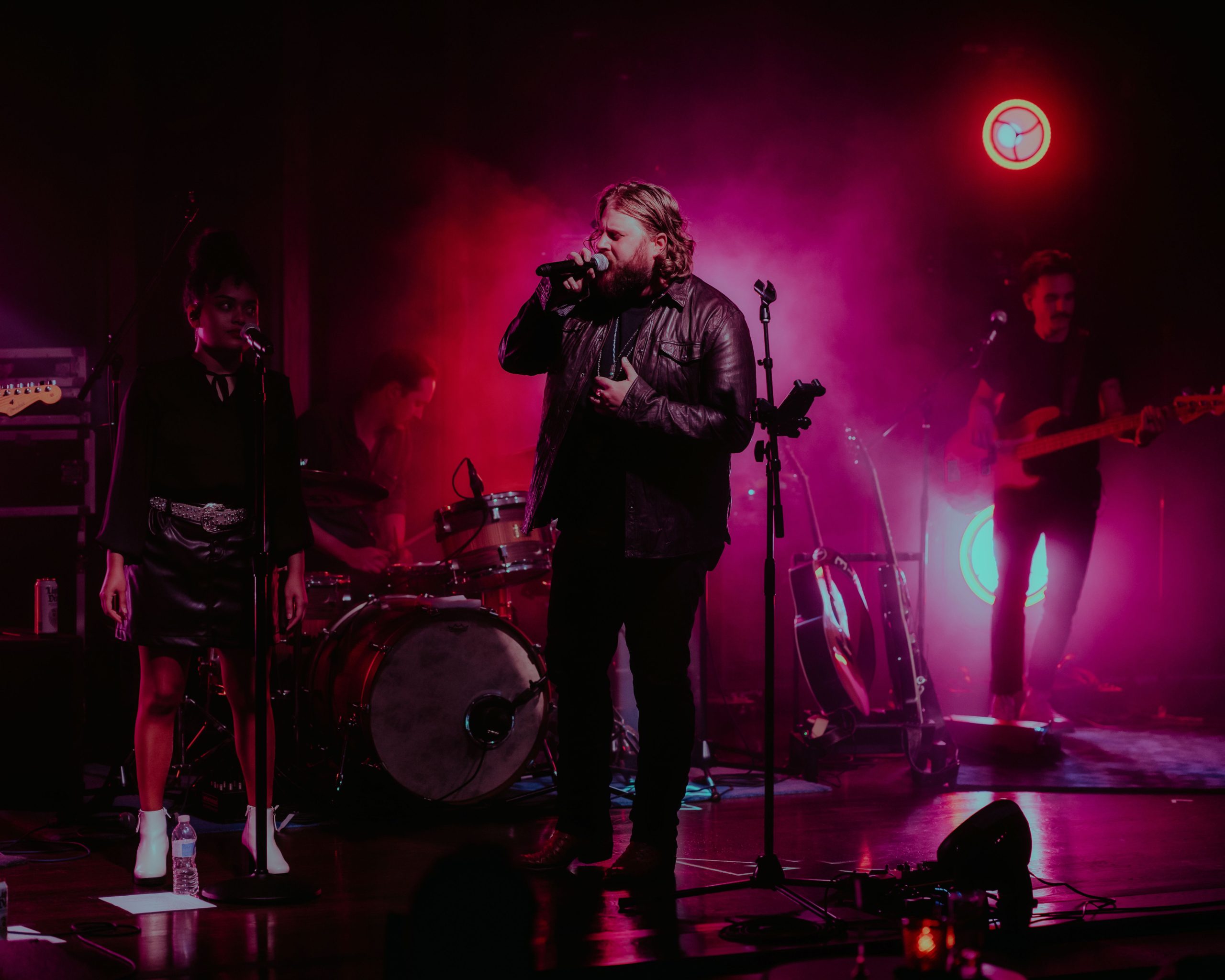 “It means the world that you guys are here,” Smith shared with the lively crowd. “I just want to say thank you to all of you who have supported me, believed in me, become my friend, and really gotten behind me. I never thought in a million years that at 36 years old I’d be here doing this with y’all. It means the absolute world to me and I love you guys so much.”

Keeping the energy up, Smith shared more new songs such as “Bad Memory,” which he playfully dedicated to Sony Music Publishing Nashville CEO, Rusty Gaston, who took his spot in the front row. He also played his upcoming breakup anthem “Whiskey On You,” which will serve as his next single.

“I can only think of a couple of writes where I had to leave the room crying like a baby… multiple times. This is one of those songs,” Smith shared with full transparency as he introduced “Raised Up,” which pays homage to his upbringing. “I miss growing up a little bit. I miss seeing my mom and dad all the time. I miss going to church with my mom all the time and even getting in trouble. This song really impacted my life in a special way and it was the first song I got to put out with Sony so it’s extra special to me.” 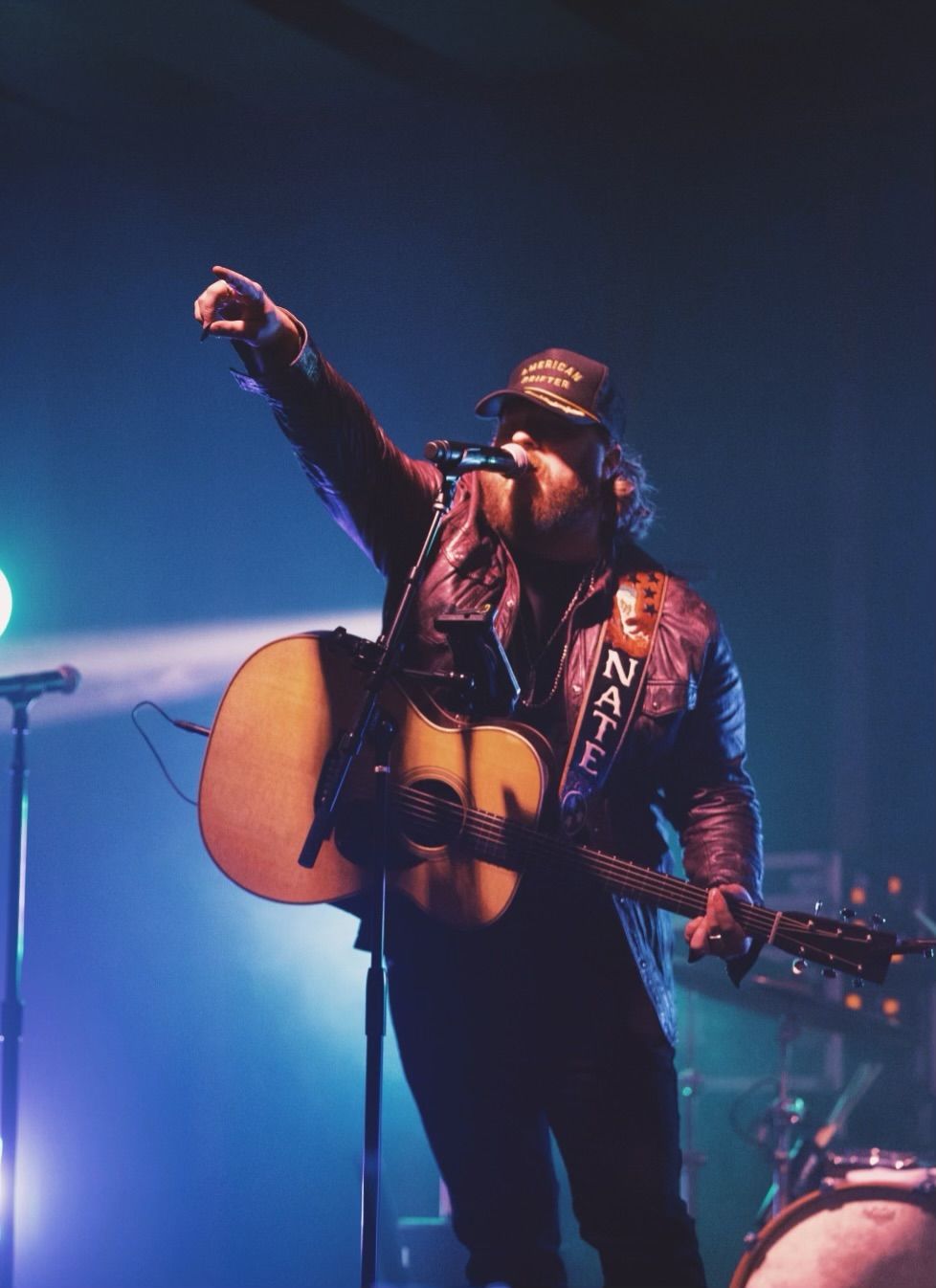 The gifted vocalist, who recently made his Grand Ole Opry debut on April 9, also dove into his fair share of love songs, including the strong “You Shouldn’t Have To,” the redemptive “I Found You,” and his current single “I Don’t Wanna Go To Heaven,” which has spawned a choir version and a brand new duet featuring label-mate Tenille Townes. The latter earned a special performance for the Nashville crowd as it was backed by a 6-piece choir, sending chills down everyone’s spines.

Smith wrapped up the packed set with two familiar fan-favorites, “Sleeve” and “Under My Skin,” which also featured guitar solos and high-reaching vocal runs.

Later this year, Smith will hit the road with Larry Fleet on his upcoming “One For The Road Tour,” with stops in Birmingham, Alabama; Athens, Georgia; Alexandria, Virginia; and New York, New York this October.