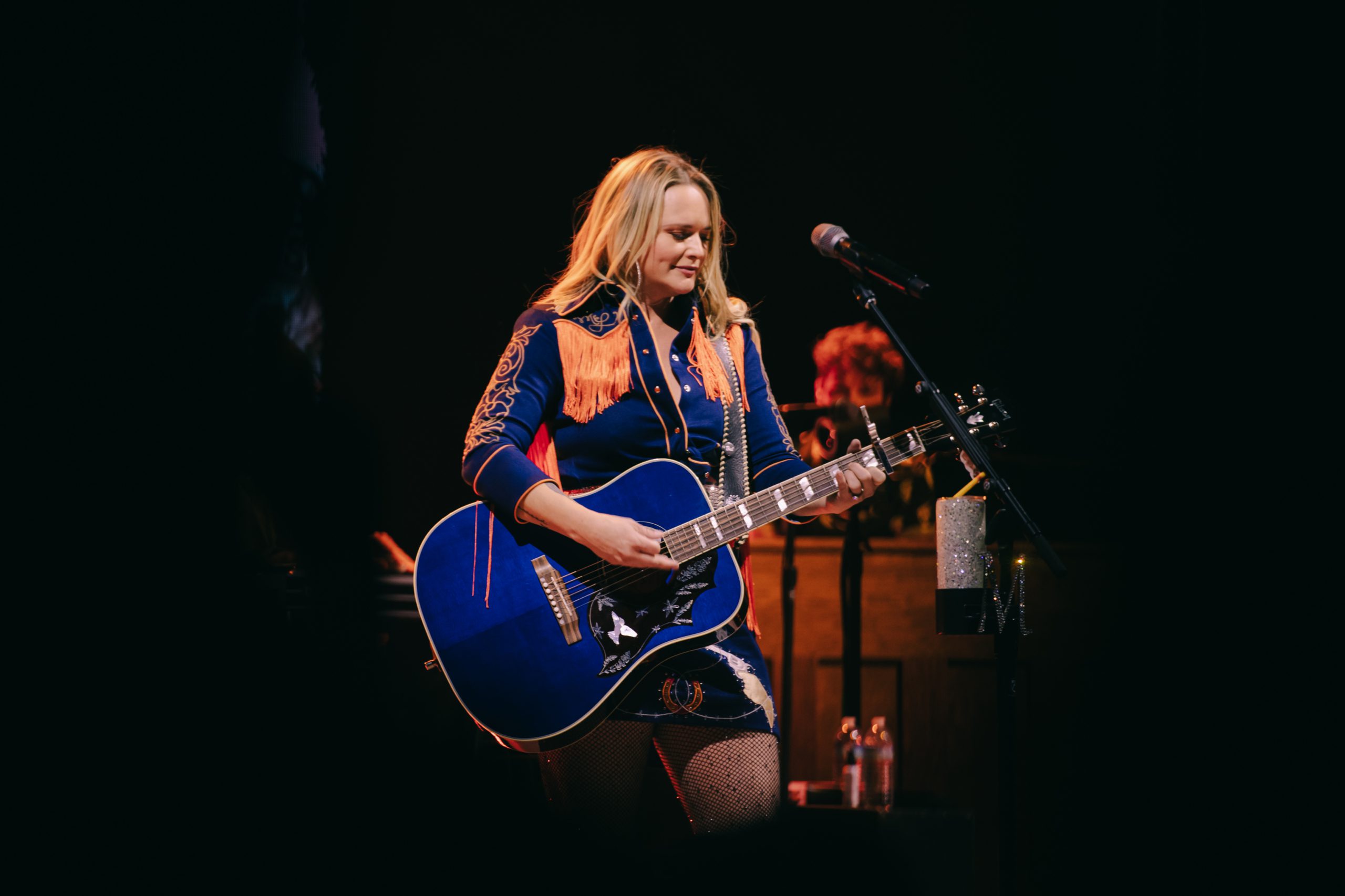 Reigning ACM Entertainer of the Year Miranda Lambert celebrated the release of her eighth solo album Palomino on Thursday night (April 28) at the FirstBank Amphitheater near Nashville.

After battling the traffic the venue has become known for, The Cadillac Three kicked off the music for the evening. The rocking country trio set the tone for a night full of fun, playing some songs from the two records they released during the pandemic, Country Fuzz and Tabasco & Sweet Tea.

The Nashville natives slowed the tempo down on a lot of their tunes, creating a swampy feel. Before turning things over to Lambert, TC3 played their beloved “White Lighting” and “The South.”

When Lambert made it to the stage, she picked up the hell-raising vibe TC3 put down with a new tune from Palomino, “Actin’ Up.” The up-to-no-good smash quickly segued into her 2005 hit “Kerosene.”

Throughout the night, Lambert kept up a timely pace, weaving in new songs with her collection of hits. Although she was clearly on a mission to play as many crowd-pleasers as possible, she was having a ball all night. Her fans, some playing off of Lambert’s cool cowgirl aesthetic, donned their best denim, rhinestones and fringe for the occasion.

Audience members threw their hands up and danced to “Fastest Girl In Town,” “Famous In A Small Town,” and “Only Prettier.” They closed their eyes and swayed to “Vice,” “Automatic,” and “The House That Built Me.” They sang their hearts out to “Bluebird” and “Settling Down.”

For the new songs Lambert played, the crowd already knew all the words to “Strange” and “If I Was A Cowboy.” The entertainer glowed with excitement to the crowd singing back the new lyrics. 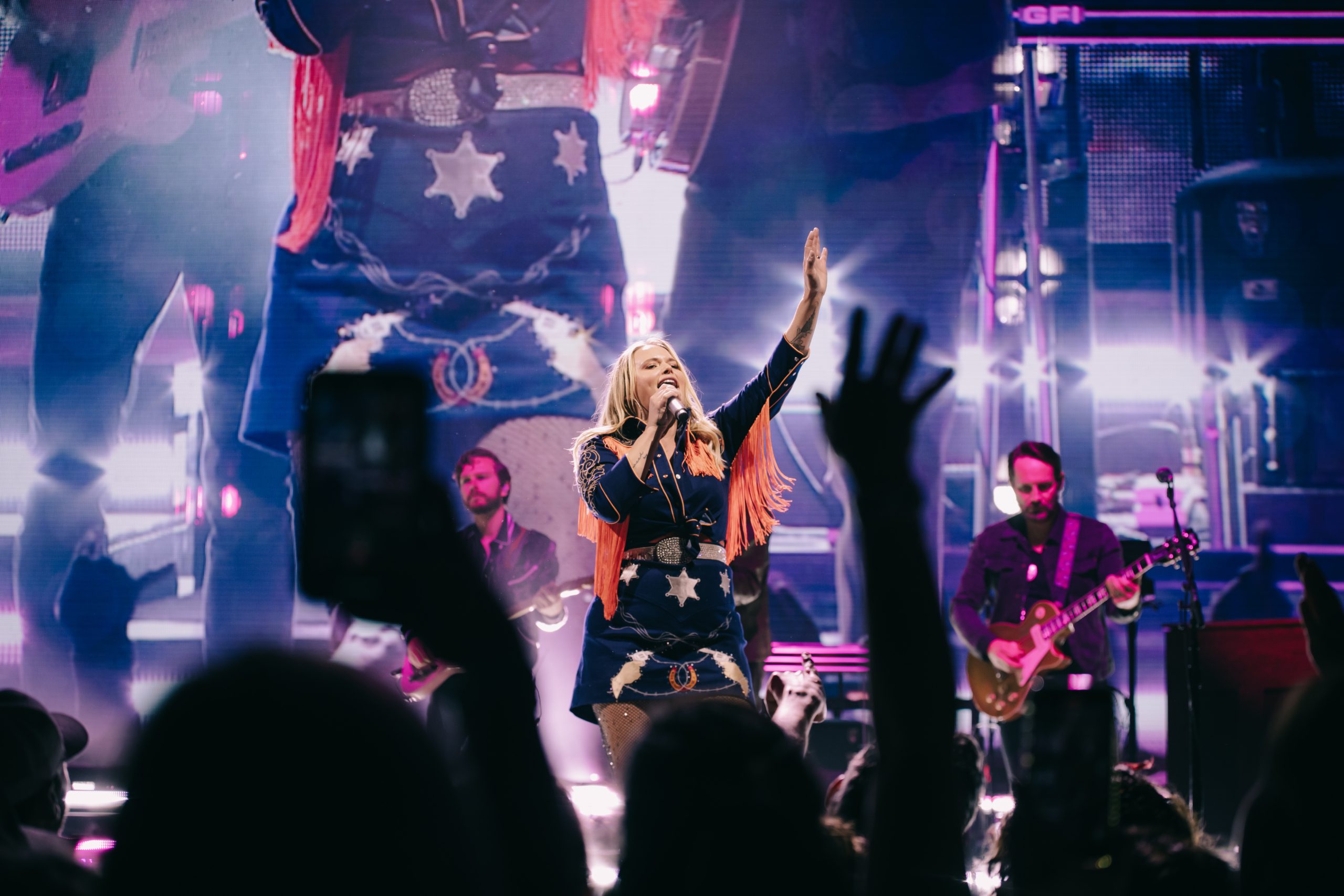 The most powerful moment of the night came when Lambert slowed things down. Before playing an acoustic song, she admitted that she was nervous for the show and had put a lot of thought into what she wanted to play.

“Thank y’all so much for coming out tonight to the first weekend of the tour,” Lambert said. “I was thinking about the set tonight and I know I’m throwing a couple new ones at y’all. Thanks for singing along to the new ones.

“I was thinking about some songs that meant the world to me in times in my life that I really needed them. I started thinking about what I wanted to play tonight and I always go back to this one because I’m a sucker for a sad song.”

Lambert showed off of magnificence when she played “Tin Man.” Alone in the spotlight, her exquisite country voice echoed off the rough exposed edges of rock in the rock quarry-turned concert venue. The crowd was quiet, taking in every note, some even weeping.

In another awesome moment, Lambert brought out her best friend and co-writer, Ashley Monroe, to sing their song “Heart Like Mine.” TC3’s Jaren Johnston then joined the women on stage to sing “Willin’.”

“Y’all wanna hear a real country song?” Lambert asked at one point, before playing an awesome rendition of “Tequila Does.” The rhinestone fringe gals loved this one, too.

Before saying goodnight, Lambert blitzed us with “Gunpowder and Lead,” “Mama’s Broken Heart,” “White Liar,” “Little Red Wagon” and “Drunk (And I Don’t Wanna Go Home).” With a smile on her face and a 22-song setlist completed, she left the hometown crowd thoroughly entertained.

Little Big Town will join Lambert and TC3 for “The Bandwagon Tour” next week. For dates, click here.