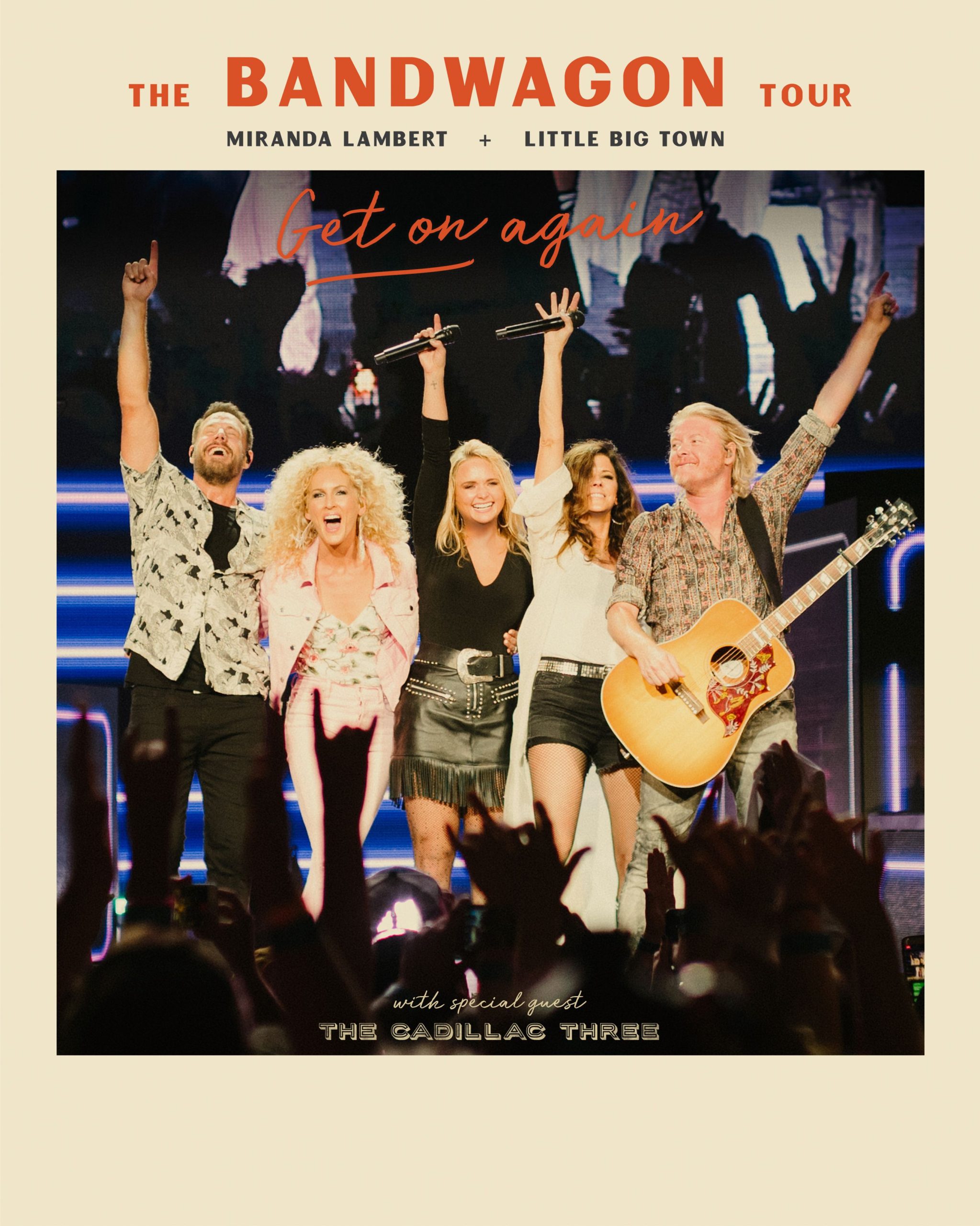 Miranda Lambert and Little Big Town are bringing back their popular “Bandwagon Tour” this spring, a reincarnation of 2018’s co-headlining run of the same name. The joint tour kicks off May 6 and will also feature The Cadillac Three as support on all dates.

Together Lambert and Little Big Town have a combined 43 ACM Awards, 23 CMA Awards, and seven Grammys. Lambert’s latest single, “If I Was A Cowboy,” is currently climbing the charts at radio while her recent collaborative project, The Marfa Tapes, is nominated for a Grammy this year and was named among 2021’s best by Billboard, LA Times, Rolling Stone, TIME, Vulture and more.

Little Big Town will release their 10th studio album later this year. The record follows their 2020 No. 1 country album Nightfall, which included singles “Over Drinking,” the Grammy-nominated “The Daughters,” and “Wine, Beer, Whiskey.” It was also nominated for the Grammy’s Best Country Album.