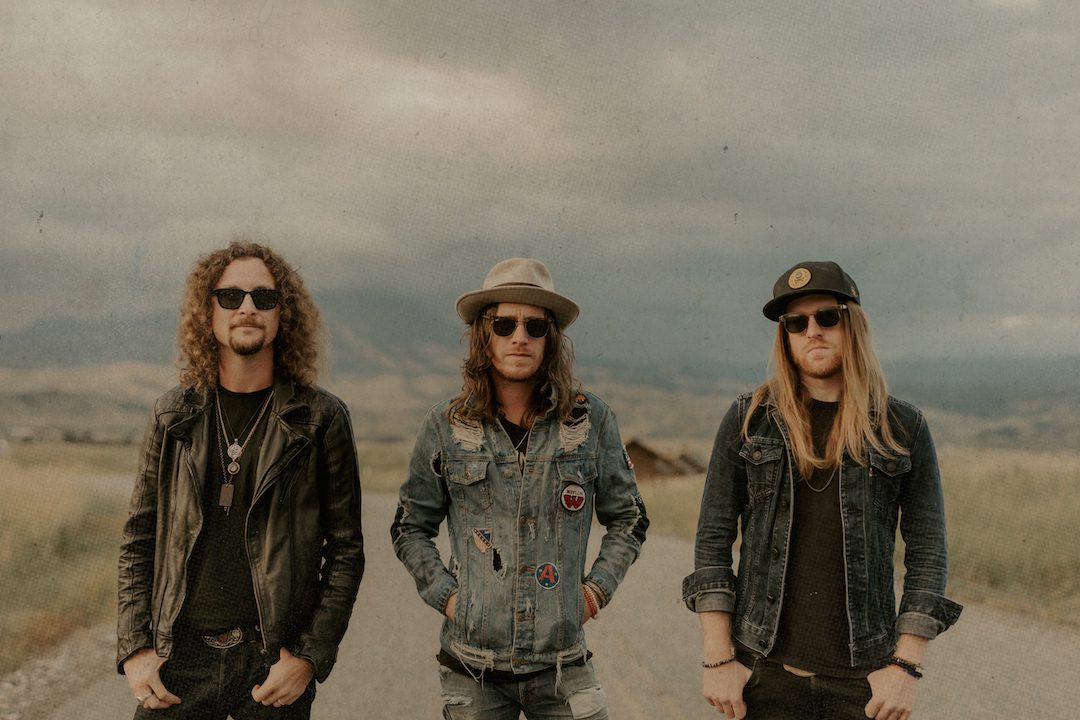 The Cadillac Three have been using the term ‘country fuzz’ to describe their unique southern rock sound for some time. Their COUNTRY FUZZ album, out today (Feb. 7), personifies the music the Big Machine Records trio makes perfectly.

Singer-guitarist Jaren Johnston, drummer Neil Mason, and lap-steel player Kelby Ray have been playing together for over a decade. The versatile band makes music that transcends genre, allowing them to fit perfectly alongside the live shows of modern country stars Eric Church, Dierks Bentley and Luke Bryan, country veterans Travis Tritt and Charlie Daniels, plus iconic rockers Metallica and Slayer.

COUNTRY FUZZ deepens the band’s country-rock hybrid with songs like “Labels,” “Heat” and “Slow Rollin’,” while also exploring new sounds like funk on tracks like the super-charged “Blue El Camino” and “The Jam.” They produced the album themselves, with the exception of “Crackin’ Cold Ones With The Boys,” which Dann Huff co-produced.

MusicRow sat down with Johnston, Mason and Ray recently to talk about the sonic kaleidoscope of a fourth record. 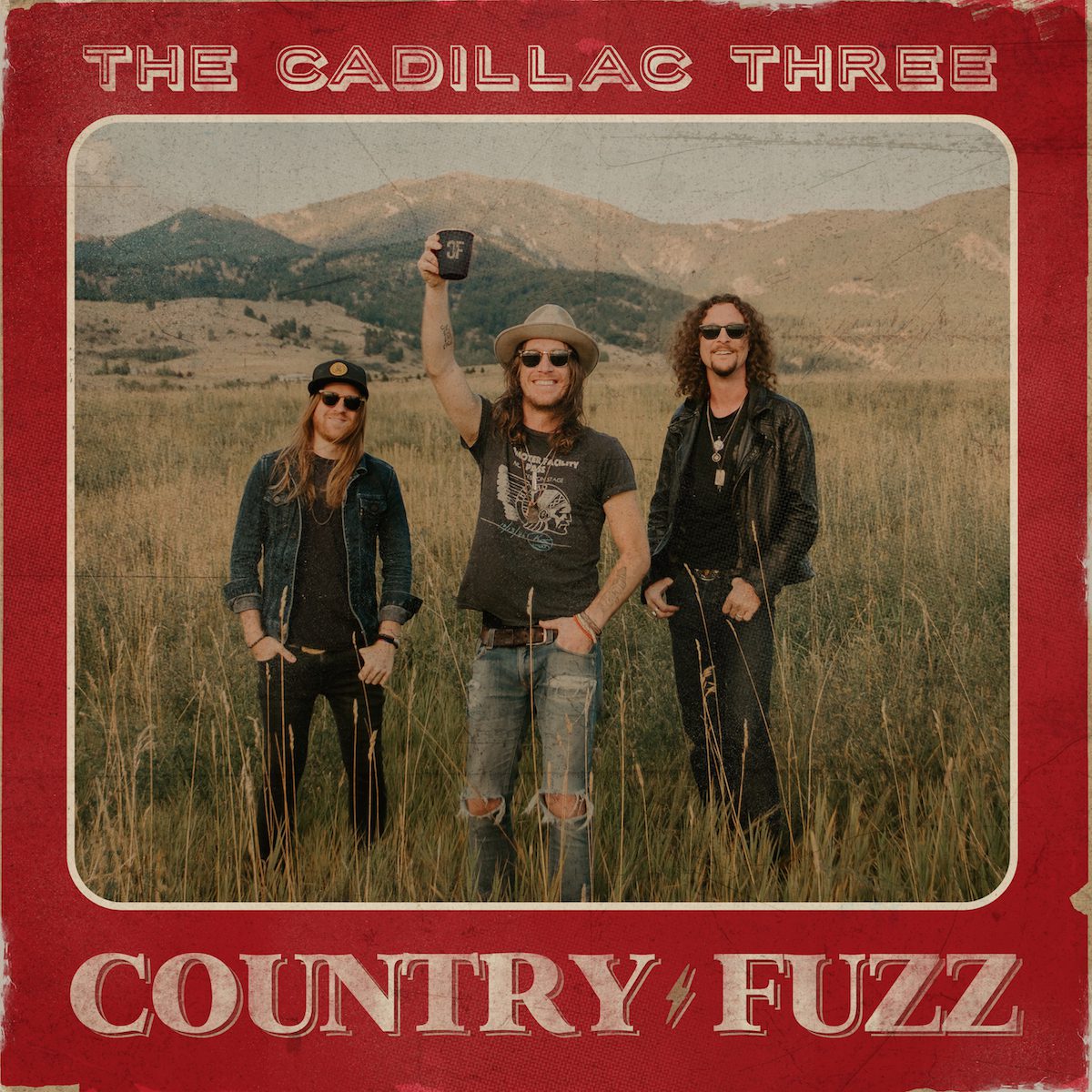 MusicRow: What does ‘country fuzz’ mean?

Ray: ‘Country Fuzz’ is us. It’s something we’ve been saying for years. We just decided to jus go all in with it on this album.

Johnston: We were in an interview in Europe somewhere and the guy said, ‘It’s like [Black] Sabbath on cornbread, right?’ I was like that’s fucking genius, but you can’t really coin that. We wanted to come out with something that was similar because, basically, it’s country songwriting at the heart of it—like story songwriting where you come down to that end hook where you wrap it up in a cool way that only country music does—with just the right amount of things that influenced us when we were 13, 14 years old, like Nirvana and stuff like that. When you’re 13 and that kind of movement [like Nirvana] happens, you get pretty into it no matter where you’re from or what you’re really into. I grew up listening to a lot of like that stuff, but being raised in country music, Nashville, Tennessee, and my dad being the business, that’s just kind of what we came up with, the Country Fuzz type.

Talk about “The Jam.” The message is interesting that when you hear something, if you like it, then it’s the jam. And then the song itself has like elements of funk, country and rock.

Johnston: It was two years ago, I wrote it with BK [Brian Kelley] from Florida Georgia Line, Corey Crowder and James McNair. We were all super hungover because we were at the 30A Songwriter Festival. Corey had that little track and I was under the impression we were writing it for Florida Georgia Line. FGL cut it and it didn’t make the record, so I took it in the back lounge of the bus and just like took it more of a Jerry Reed meets some sort of P-Funk slash Cadillac somewhere where it would make sense around what we were doing on this new record.

Johnston: We really had never cut anything like that, so I played it for the guys and they were like, “Man, that’s a jam!” Also, a lot of these things you record, you’re looking for something that’s going to be fun for the live show that really like is a jam in every sense of the word. Tempo is hard to write these days for some reason; I have a really good niche of like 85 BPM, whatever that is. This thing was tough, but we’ve won a couple of times with sounds like that, like “Days of Gold” was a big song for us and I just feel like it would be cool for this record so we went for it and I think it came out great.

You guys produced COUNTRY FUZZ on your own, other than “Crackin’ Cold Ones With The Boys,” and there’s definitely some surprising sounds there. What were you inspired by sonically?

Mason: Stretching it as far as we can.

You’re known for your high-energy live shows. How would you say these songs are going to feel live?

Ray: [“Slow Rollin'” and “Whiskey and Smoke”] we’ve been playing live already and they’re fun. It’s fun for us to work on new stuff and play stuff like ‘The Jam” and figure out how we’re going to do that live.

Johnston: You’re looking at three dudes with no tracks. You gotta really know it. I’m having a lot of fun playing “Blue El Camino” live because in my mind during that one song in the set, I’m like, “We’re ZZ Top.”

Tell me about working with Travis Tritt and Chris Janson on “Hard Out Here For A Country Boy.”

Mason: We were on tour with Travis this past spring and he would come on the bus after the shows pretty much every night. He’d blow on there about 20, 30 minutes after his set with his acoustic guitar and he would pour a big ole drink and kind of take over the front lounge of the bus until bus call, which was usually three or four in the morning.

Johnston: Which is a lot of fun, him telling stories and singing songs.

Mason: One of those nights in between him playing us a bunch of old Waylon covers, he was like, “Let me hear some of y’all’s shit.” So Jaren was playing him some of the new record and he played “Hard Out Here.” I guess he just really liked it.

Johnston: He was just singing it the next day at soundcheck and I heard him and I was like, “Man, that sounded good.” He goes, “Yeah, I like that.” I said, “Did you want to sing on it? Because I’ve got a little studio set up in the back lounge of the bus.” He’s like, “Yeah! When?” I’m like, “Well, what are you doing now?” So he came over and sang that. Jansen and I had been playing phone tag because we were talking about maybe trying to do some shows in 2020 together, and he called me and said, “What are you doing?” I said, “Man, you’re not going to believe this, I’m recording Travis Tritt’s vocal on a new Cadillac thing.” And he goes, “What’s it called?” I said “Hard Out Here,” and he said “Send it to me, I want to sing on it!” I sent it to him and he, he sang on it and put harmonica on it, and gave it to me back in like two days. It was really quick.

Did you record most of COUNTRY FUZZ on the bus?

Johnston: All the vocals are sang on the back of the bus. All the overdubs and shit, for the most part, was done on the bus.

Ray: We go in the studio mainly for drums.

Johnston: You get out there and it’s hurry up and wait. We have all day so if we’re not writing, I’m usually back there working on something that’s record related. It’s pretty convenient to have that little space. I wish we could do drums on the bus.

Mason: We need another bus for drums. That’d be cheaper, right?

“Back Home” is the first outside song you guys have ever cut. Why did you cut it?

Johnston: I thought it was cool and I could relate to the story of it. The first time I heard it, James McNair played it for us on the bus and it was late night and we were drinking pretty good. I was just like, “Man, this is really good,” and I didn’t think about it again at all. Then he sent it to me or something like that and I listened to it and my bunk before I went to bed one night and I was like, “This is really good.” I didn’t like the demo vocal, like Chris Tompkins was singing one part and Craig Wiseman was singing the bridge and I was just like…it’s confusing. So I sent a message to Craig and said, “Man, you should put a vocal on this. I think somebody would cut it,” not even thinking about us. He sends it back to me two weeks later and I was like, “Great, he did it,” because that was because I was drunk, but he sent me the same damn demo that I had. But I was already in love with the song, I guess. It’s cool to get to play something extremely Allman Brothers, but with modern country songwriting. The key was taking it out of that vein and making it sound like us, because otherwise it would just sound like the Black Crows or something. We had to be careful with that, but I think it’s really cool. It reminds me of “Angels” a little bit from an American Bang record.

Mason: We wrote “Heat” on the back of the bus with Jimmy Robbins. I just know that happened really quickly, it kind of wrote itself in an hour or something.

Johnston: We didn’t even think about cutting it for the longest time.

Mason: No, it was sitting around. We’ve been working on this record for two years and we tried a lot of different kinds of songs and, recording wise, I think it’s one of the coolest ones. It’s got a lot of great layers to it.

Mason: “Long After Last Call” has been around for a while. Jaren wrote that by himself and it was one that I always really liked. I had a little work tape demo that he had done on it. We had looked at it for the Legacy record and then it didn’t end up fitting. It came back up for this record and when we decided that we were going to do call the record COUNTRY FUZZ, we wanted to have all the sounds that we’ve done over the last few records and do some new things, so that we kind of encapsulate everything.

Mason: Yeah, it felt like a cool way to kind of close out the record.