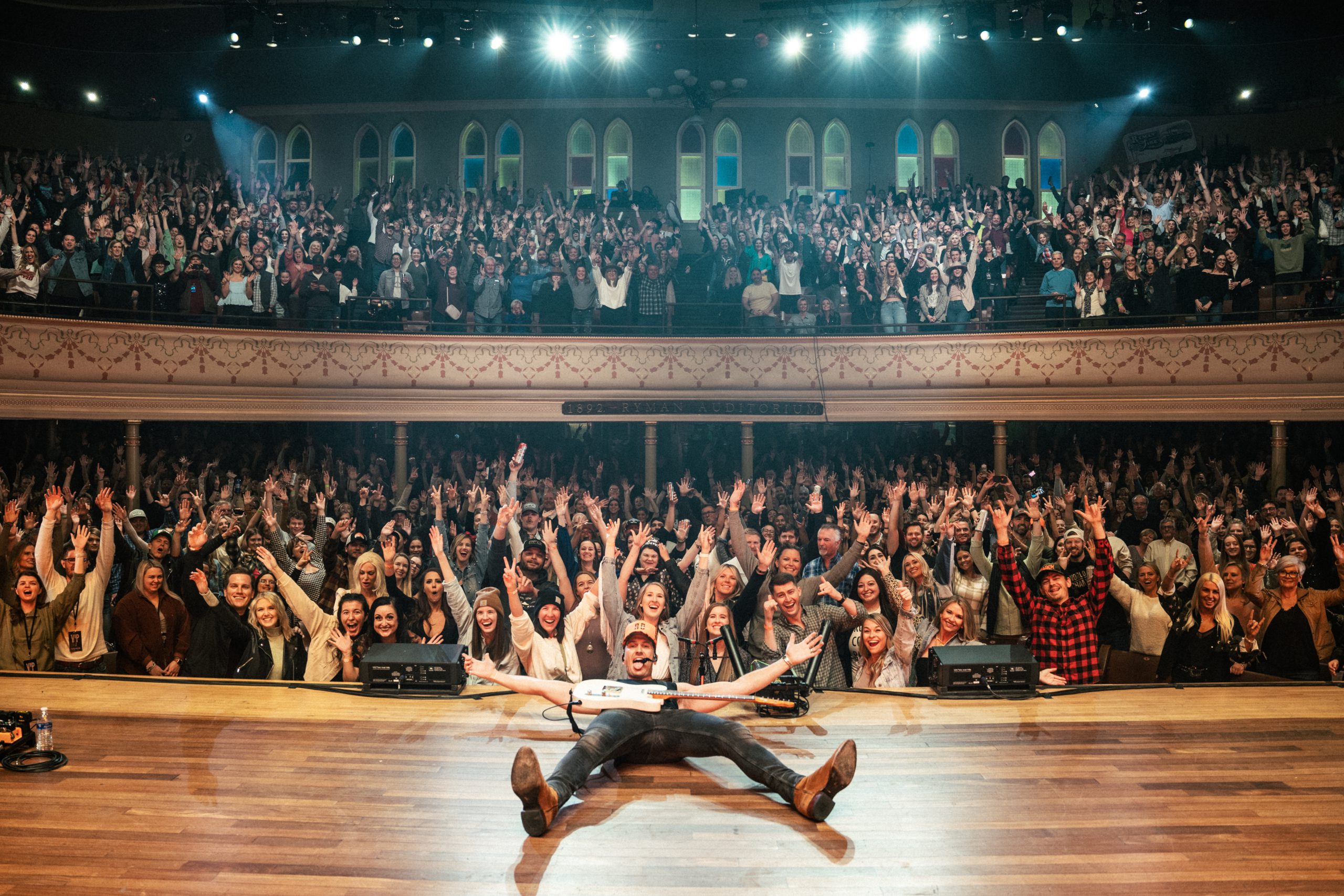 Russell Dickerson brought his electric, headlining “All Yours All Night Tour” to Nashville’s historic Ryman auditorium on Friday (March 25). Closing out the first leg of his tour with the sold-out hometown show, Dickerson delivered hit after hit over the course of 90 minutes.

Opening with the tour’s rock-infused, electric guitar heavy namesake, the crowd didn’t wait long before getting to their feet and singing along. Dickerson went into his Platinum-certified single “Every Little Thing” before addressing the already buzzing audience.

“This isn’t even real life. It feels so good to say ‘Nashville.’ It’s my hometown, it’s where I grew up. It feels good to be home,” the Triple Tigers recording artist said. “There are so many friends, family and team members in the house tonight, and so many people that aren’t even from Nashville! Thank you so much for coming out tonight.” 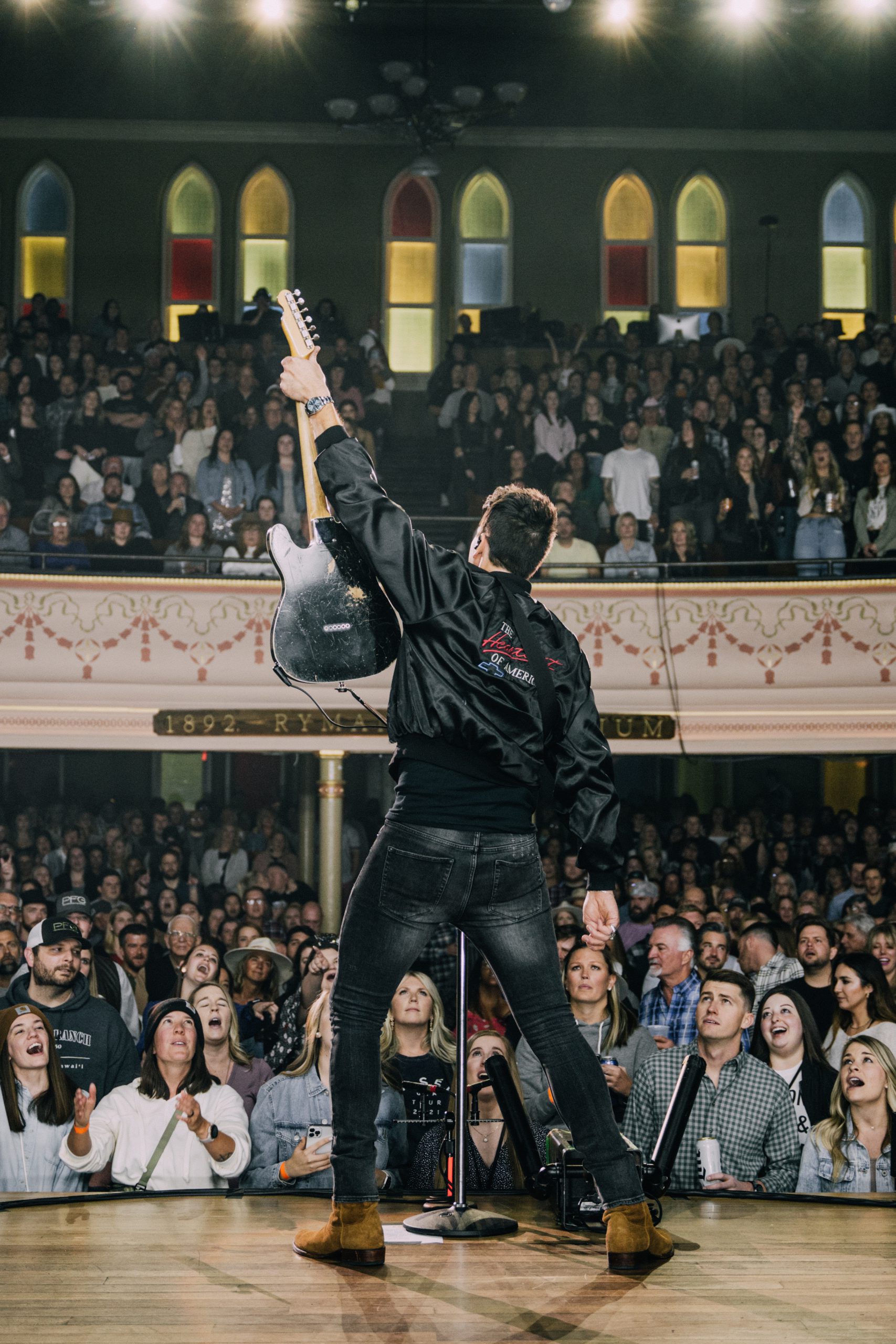 Backed by his four-piece band and killer production, Dickerson busted through a string of hits and fan-favorites, including the sentimental “Forever For A Little While,” the sexy “Honey,” and the country rocker “Never Get Old,” which also featured a medley of Nitty Gritty Dirt Band‘s “Fishing In The Dark” and Garth Brooks‘ “Ain’t Goin’ Down (‘Til The Sun Comes Up).”

The multi-Platinum artist surprised the hometown crowd as he broke out into “She Likes It” with special guest and pop singer-songwriter Jake Scott, who joined Dickerson for a special studio remix of the song last year. He also gave a stunning performance of “Home Sweet,” a single that spawned a reimagined version with Lady A late last year.

Throughout the evening, Dickerson was fighting back tears, the first wave of which came when performing his debut single, “Yours.”

“Thank you guys so much for singing this. I love you Nashville,” he whispered halfway through. “I was just showing pictures to my team from a show where we played this exact same [set]. I was basically swinging from the rafters of the club and I swiped to a picture of the crowd and there was one person standing in that entire room. The fact that we can go from one person that’s standing in a random club to a sold out Ryman show means more to me than y’all know,” he shared as the audience met him with roaring applause.

“If you’ve been following me for the last 12 years then you know it hasn’t been a quick journey… I can’t thank y’all enough. This means the absolute world. I could go on all night, but I just want to sing this with you guys,” Dickerson added before finishing out the triple-Platinum hit with the crowd singing along to every word.

Dickerson also shared a handful of acoustic performances throughout the night, including the vulnerable “Waiting For You,” the Lori McKenna and Casey Brown-penned “Just Like Your Mama,” and the title track from his 2020 sophomore album Southern Symphony.

Before leaving the stage, the beloved entertainer made sure to bring the energy and the dance moves as he exploded into fan-favorite “MGNO (My Girl’s Night Out),” which had the entire room on their feet and singing along to bits of WALK THE MOON‘s “Shut Up and Dance” and Whitney Houston‘s “I Wanna Dance With Somebody (Who Loves Me).” The fun continued as Dickerson also invited rising artist Breland, who opened the night, back to the stage to perform his breakout hit “My Truck,” as well as a high-energy duet of Dickerson’s “It’s About Time.”

Coming back out for his two-song encore, Dickerson was accompanied by only a guitar as he addressed the crowd before sining his No. 1 hit “Love You Like I Used To.” 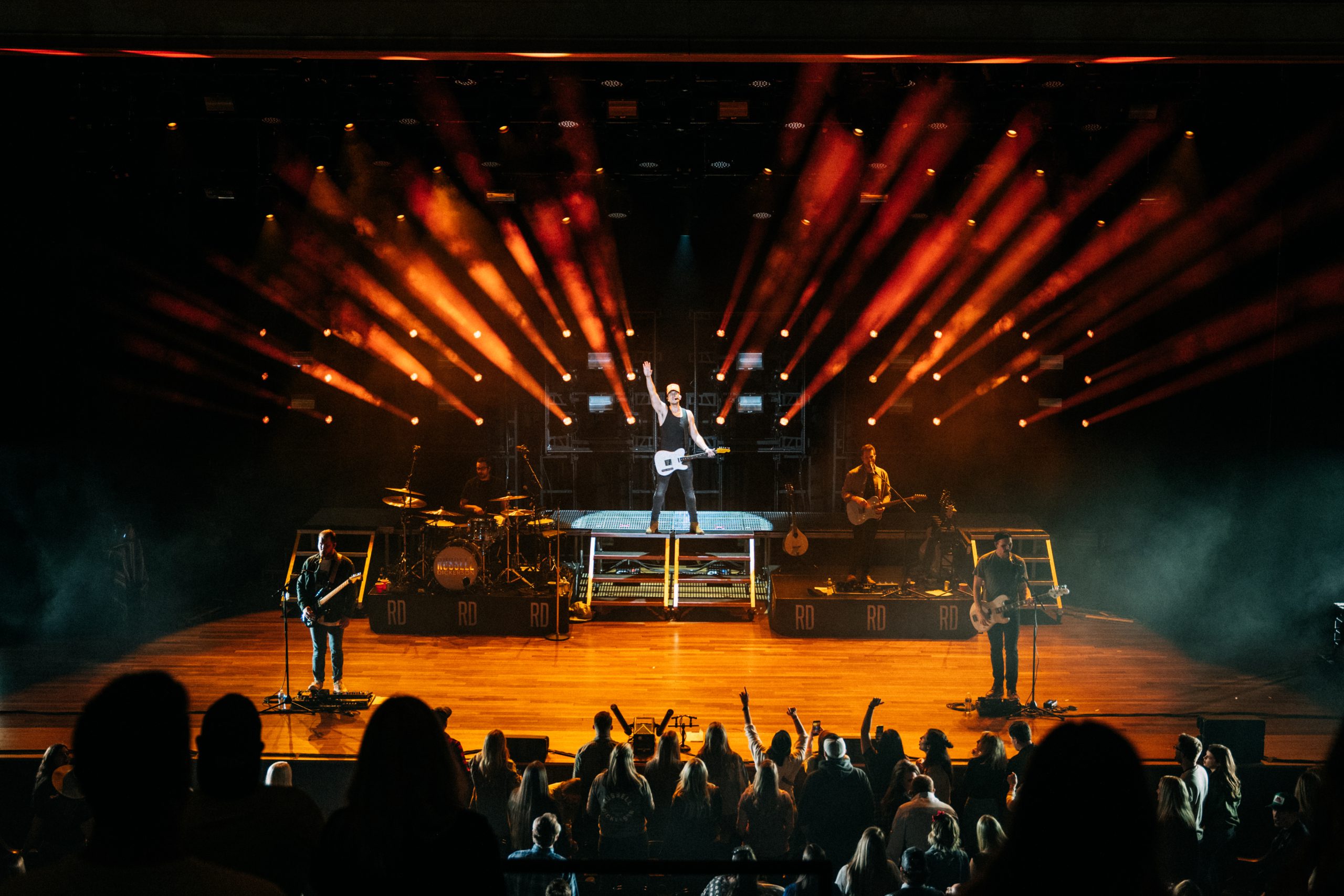 “I just want every single one of you to know how grateful we are for every single one of you being here tonight. No one would be on this stage and none of us would be in business without live music, and thank God live music is back… This song hit right in the peak of the pandemic, and I thought my career was over because we couldn’t play shows anymore,” he said before rolling through a long list of thanks to his label (Triple Tigers), management (Dennis Entertainment), booking agency (CAA), and more.

“Through this pandemic [my team] pushed this song all the way to No. 1 for two weeks in a row. Thank you country radio for believing in me and for believing in this song. I don’t usually say this but I have to brag on my team and country radio, because while we were at home stuck in quarantine and couldn’t see you or play songs for you, this song set a record for the longest running top 10 song in country radio history. I love you and I am so grateful for every single one of you, from the bottom of my heart.”

The song, which slowly built from a lone guitar into a full band affair, saw the deafening crowd scream along to every word. Dickerson took his time to bask in the roaring applause and standing ovation, once again fending off tears.

The set wrapped with arguably Dickerson’s biggest song, the feel good “Blue Tacoma,” which featured a floating sea of confetti to cap off the night for the glowing performer who was smiling ear to ear all evening.

Before taking the stage, Dickerson was surprised with a commemorative plaque for his recent RIAA Gold certification for “Home Sweet” selling 500,000 units since its release.

The newly-added second leg of the “All Yours All Night Tour” will kick off in the UK at London’s Electric Ballroom on Oct. 12.