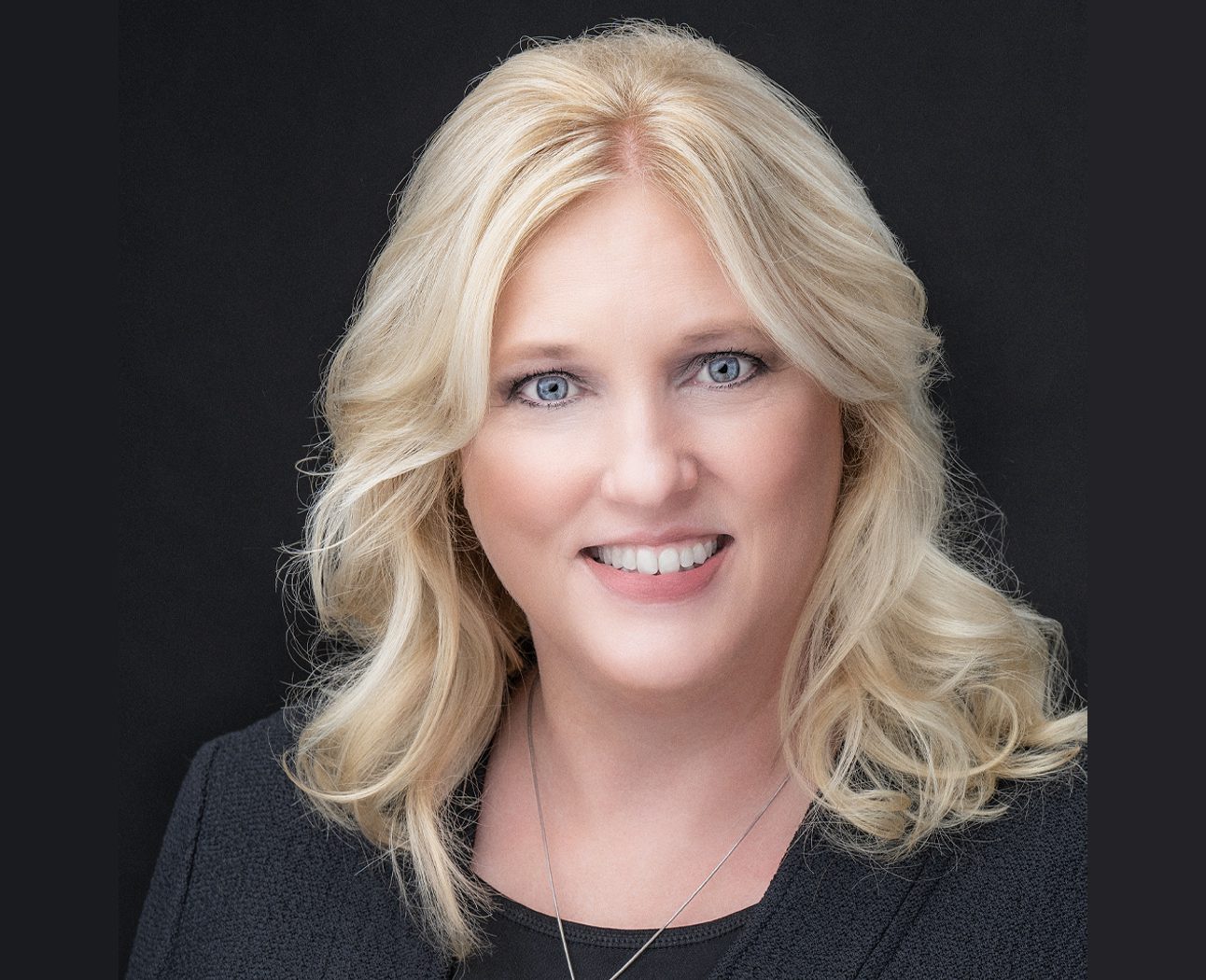 Beverly Keel is Dean of MTSU’s College of Media and Entertainment and a music industry activist who works for gender and racial equality in the music industry. She is also an award-winning music journalist whose work has appeared in People, Parade, InStyle, New York, Rolling Stone, The Tennessean, and many other publications.

Keel has been a professor in MTSU’s Department of Recording Industry since 1995 and became chair of the department in 2013. She took a leave of absence to serve as Senior Vice President of Artist and Media Relations for Universal Music Group Nashville, where she was responsible for the media campaigns of projects, including Lionel Richie, Vince Gill, Sugarland, Shania Twain, George Strait and many more.

In her work as an activist, Keel co-founded Change the Conversation in 2014 to advocate for gender equality in country music. She also co-founded Nashville Music Equality in 2020 to help create an anti-racist environment in the Nashville music industry. Keel was recently named a national “Change Agent” by Billboard for her advocacy efforts.

The SOURCE Hall of Fame member also serves as publicist for Jamey Johnson and has been a consultant for various projects and artists, such as Richie, Alison Krauss, and Scotty McCreery. 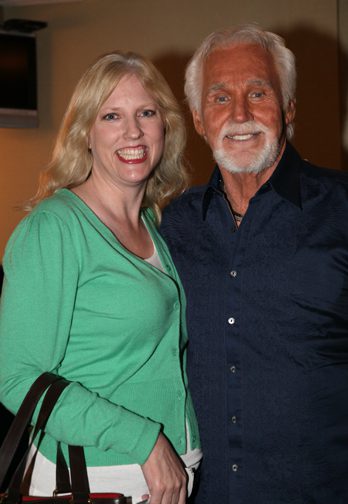 I grew up in Nashville. I attended school with Ty Conley, Earl Thomas Conley‘s son, and Kelly Greenwood, Lee Greenwood‘s daughter, but we didn’t give country music much of a thought. We thought it was cool, but I also thought the daughter of the manager of the movie theater was cool as well. She got to go to all those movies and eat all that popcorn. So, although I grew up here, I might as well have been in another state in terms of the country music industry.

You dad, Pinckney Keel, was an editor at the Nashville Banner for more than two decades. Did he instill a love of writing in you?

My dad spent about 27 years at the Nashville Banner. He invented the Weekender Section at the Banner and his claim to fame is that he gave Elvis the nickname “Elvis the Pelvis.” Unfortunately he died when I was in high school, before I knew I had an interest in journalism, so he never knew that I wanted to follow in his footsteps.

How did you realize that you wanted to pursue journalism?

I originally thought I wanted to do broadcast journalism, I guess I thought it would be cool to be on TV. I majored in broadcast journalism, but I got a part-time job at the Nashville Banner and was immediately hooked with print. It was just in my blood—I don’t know that there’s anything more exciting than a newspaper newsroom. Early on I thought I wanted to do sports journalism because I was a pretty good high school athlete. I got a scholarship and played volleyball at MTSU and I was a sports editor of Sidelines, the school paper at MTSU. [I became] a sports intern under Mark Howard at Channel 5, but then I realized I’d have to work every weekend and holiday of my life.

When I started with Banner, I just went where they had an opening and it was the business desk. Then, when I graduated, they hired me full time as a state desk writer. I decided to go to graduate school, and the Nashville Banner paid my way with a full scholarship. I had to come back and work two years, but I ended up coming back and working five. When I came back, the opening was in the business department and I was covering transportation. That was in the early ’90s, when the Garth Brooks/country music boom happened. I started covering the music business from a business perspective, and that’s how I got into it. 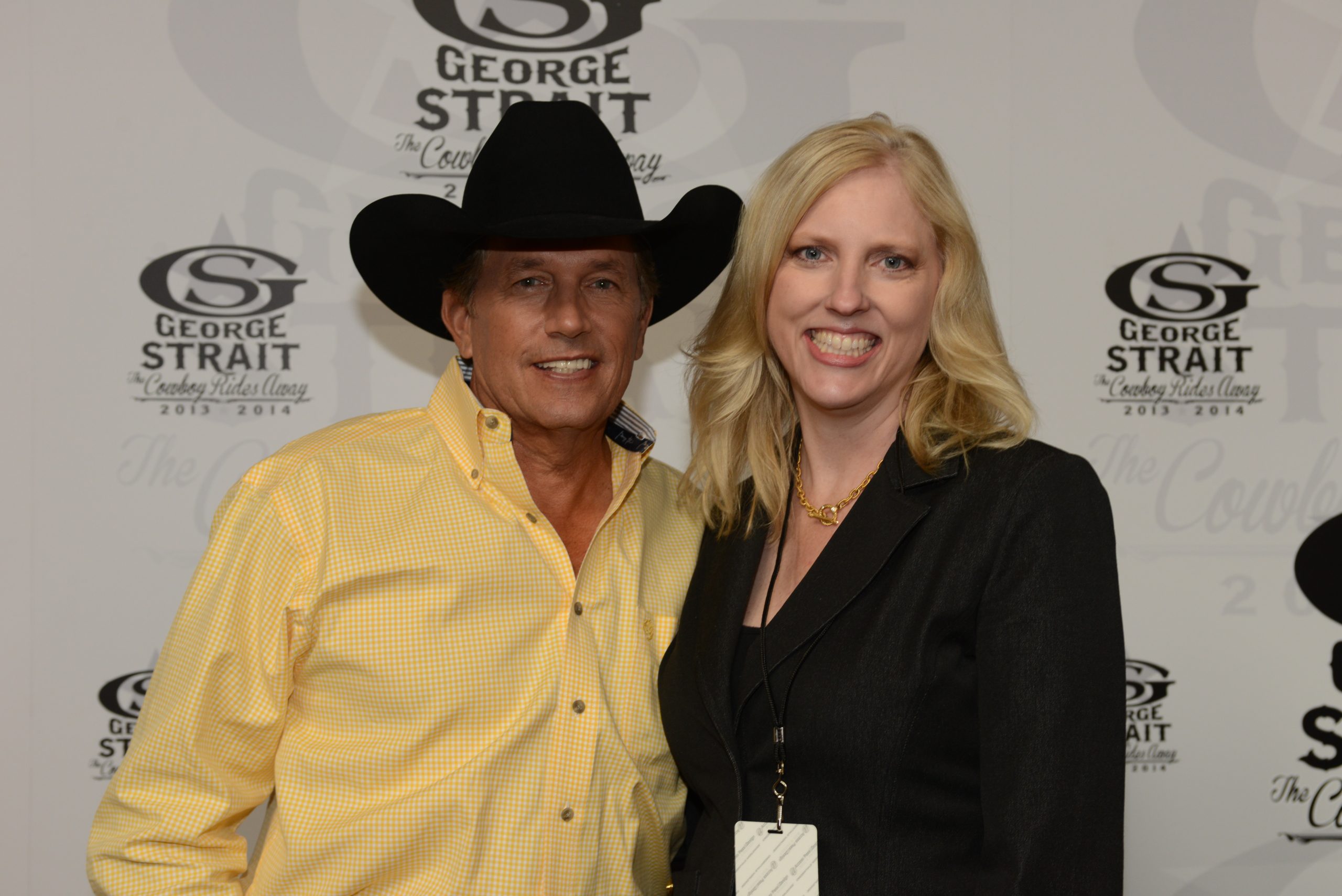 Then you briefly moved over into a publicity role at a label, before coming back to journalism.

In ’94, they were reviving Polydor Records in Nashville. I went over to work in the publicity department with Wes Vause. It was a disaster and I was so miserable. I would just go home and stare at the ceiling at night. (Laughs)

I had been an adjunct of MTSU, so I went full time in ’95 and started a freelance journalism career from scratch. I wrote for MusicRow, doing album reviews and features, and spent 10 years as the Nashville correspondent of People.

What are some big stories that you remember covering in the music business at that time?

I worked on the People magazine cover story when Tammy Wynette died. One week in ’98 was particularly memorable because I interviewed Chet Atkins, Johnny Cash and June Carter Cash all in the same week.

How did you become so involved at MTSU?

I’m really proud of how well my students have done. The best part of my life is getting to know our students and seeing them succeed. 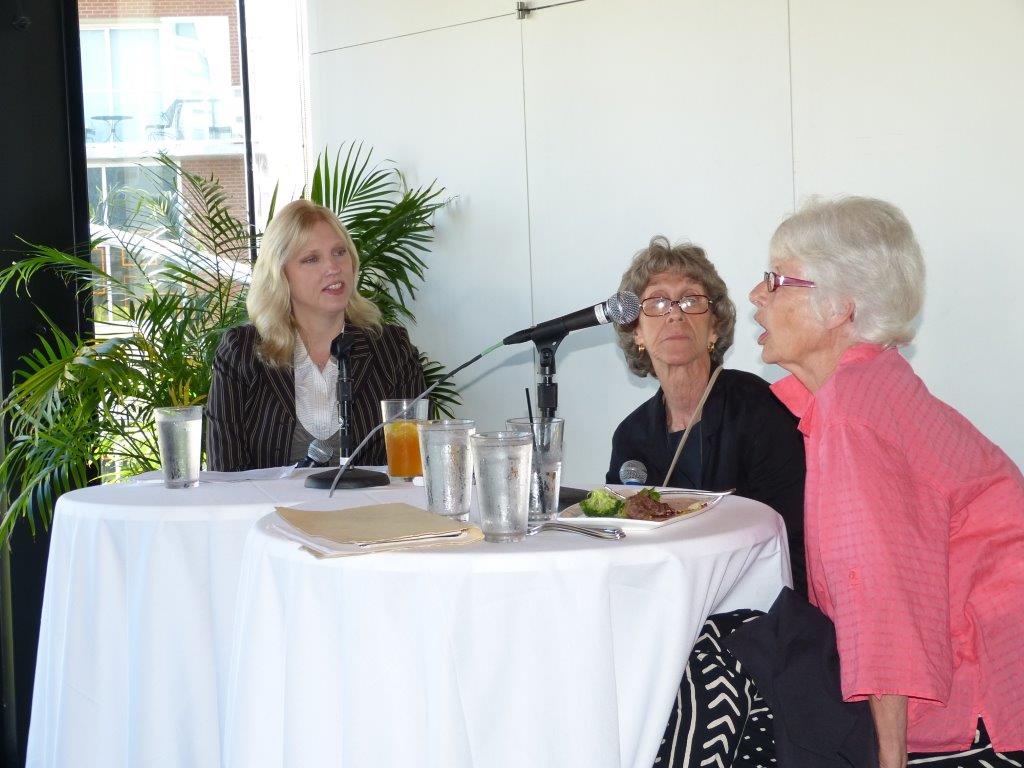 You have become a mentor for so many, including myself. Who have been some of your mentors?

Ruth Ann Harnisch, many people remember her as Ruth Ann Leach. I believe she was the first woman on TV in Nashville as an anchor. At one point she was on TV, had a radio show, and had a Nashville Banner column. My father was her editor at the Banner and I actually met her at the funeral home when he died. She took me under her wing then and still supports me to this day. Jane DuBose was my editor at the Banner. She really nurtured and guided me.

Patsy Bruce has been a long time mentor, Lura Bainbridge. Women have been so supportive of me, so I want to pass that on.

You became the Dean of the College of Media and Entertainment at MTSU in 2020. What are some of your goals for the program?

Quite simply to become the biggest and best possible program. We are the only College of Media and Entertainment in the world. Our recording industry program is ranked consistently on both Billboard and Hollywood Reporter‘s list of the best music or music business programs worldwide. So we keep raising our standards.

Everything’s changing: the music industry is changing, journalism is changing. Digital animation is a growing area for us, and we have a huge TV and film production major. So we are exploring. We want to be the leaders of the conversation and training in media and entertainment.

You’re also really well-known for your advocacy efforts. You co-founded Change the Conversation to advocate for gender equality in country music, and co-founded Nashville Music Equality to help create an anti-racist environment in the Nashville music industry. Do you feel that we’re moving in the right direction when it comes to race and gender in country music?

What is it that they say, the first step is acknowledging that you have a problem? I think that’s where we are.

Through Change the Conversation and Nashville Music Equality, we’ve raised awareness that the problem of sexism and racism exists, but the problem still exists. Last week I was driving from MTSU to Nashville, listening to a country radio station during drive time. I didn’t hear one female voice. Driving back at 7:00 or 8:00 p.m., I heard two songs by women. So, we have a long way to go. But keep in mind when we first started, people said there wasn’t a problem. The conventional wisdom now is there is a problem, so we’re getting there.

When it comes to racism in country music, the biggest thing I’ve learned over the last several years is it’s not that Black artists were not interested in performing and recording country music, it’s that the doors weren’t open for them. Now that we have raised awareness, we are seeing the needle move in terms of artists getting signed. You just saw Warner Music Nashville announce they have signed Breland; Big Machine has signed Tiera Kennedy; Brittany Spencer—who is one of our graduates—has exploded this year. So whether it is female artists or artists of color, all we’re saying is give them an even chance. The problem is the music is not getting heard. We’re trying to find ways to get their music heard. 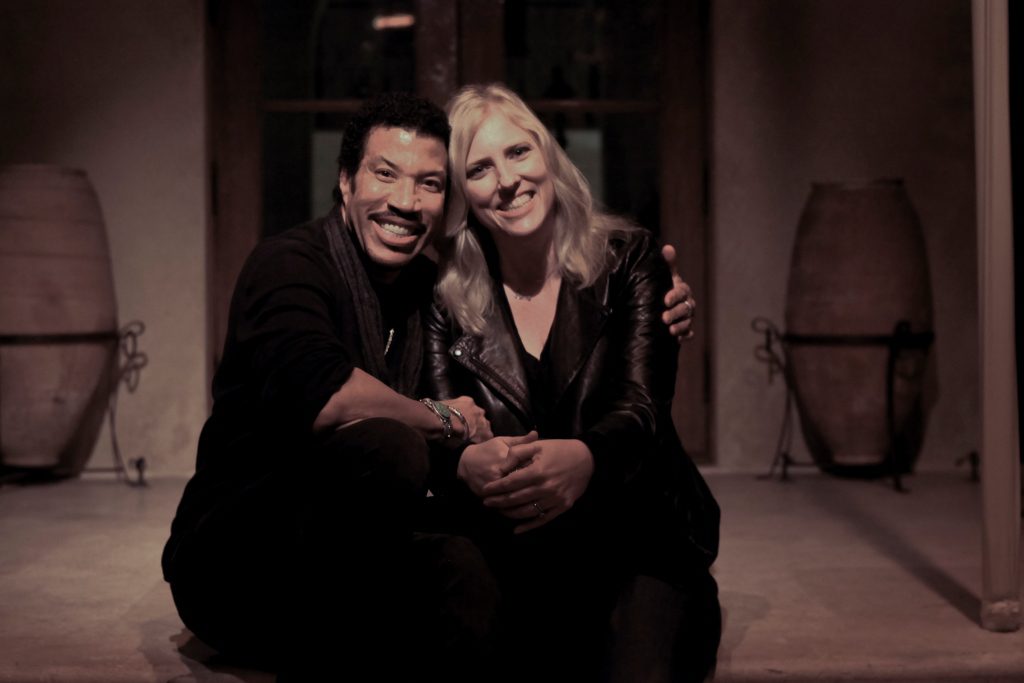 It takes a lot to get to the position you’re at. Do you have any scars that you’ve earned along the way?

I am blessed with a short memory. I am ridiculously positive. Not only is the glass half full, it’s a gorgeous glass.

Not everyone loves an outspoken woman. I’ve had to learn it’s okay not to be liked. When you speak about what you believe in, you sleep well at night.

If someone says “old school Music Row,” what do you think of?

The good old days. It was two or three No. 1 parties a day. It was before there was so much pressure on the artist to look perfect in designer clothes and to have perfect bodies. It was still an age of innocence. There was a lot of money flowing, there were a lot of albums being sold. It was a community. It was before email, so we had time. Email and cell phones took away our time. Now people do the jobs of two or three people. The pressure is relentless and it can be not a lot of fun. Back then, it was just fun and the music was so great.

The success of my students. That is the joy and highlight of my life. The success of my students has brought me more rewards and satisfaction than anything I’ve done. Whether it’s seeing Brian Wright become Executive Vice President of A&R at UMG, or Daniel Miller and Aaron Tannenbaum succeed. Erin Enderlin played “Monday Morning Church” for me and my faculty office, and it became a nominated song for Alan Jackson. I remember seeing Hillary Scott in the student grill after Victoria Shaw had introduced her to me.

It is a privilege to be able to get to know these people and just share a little moment of their lives.