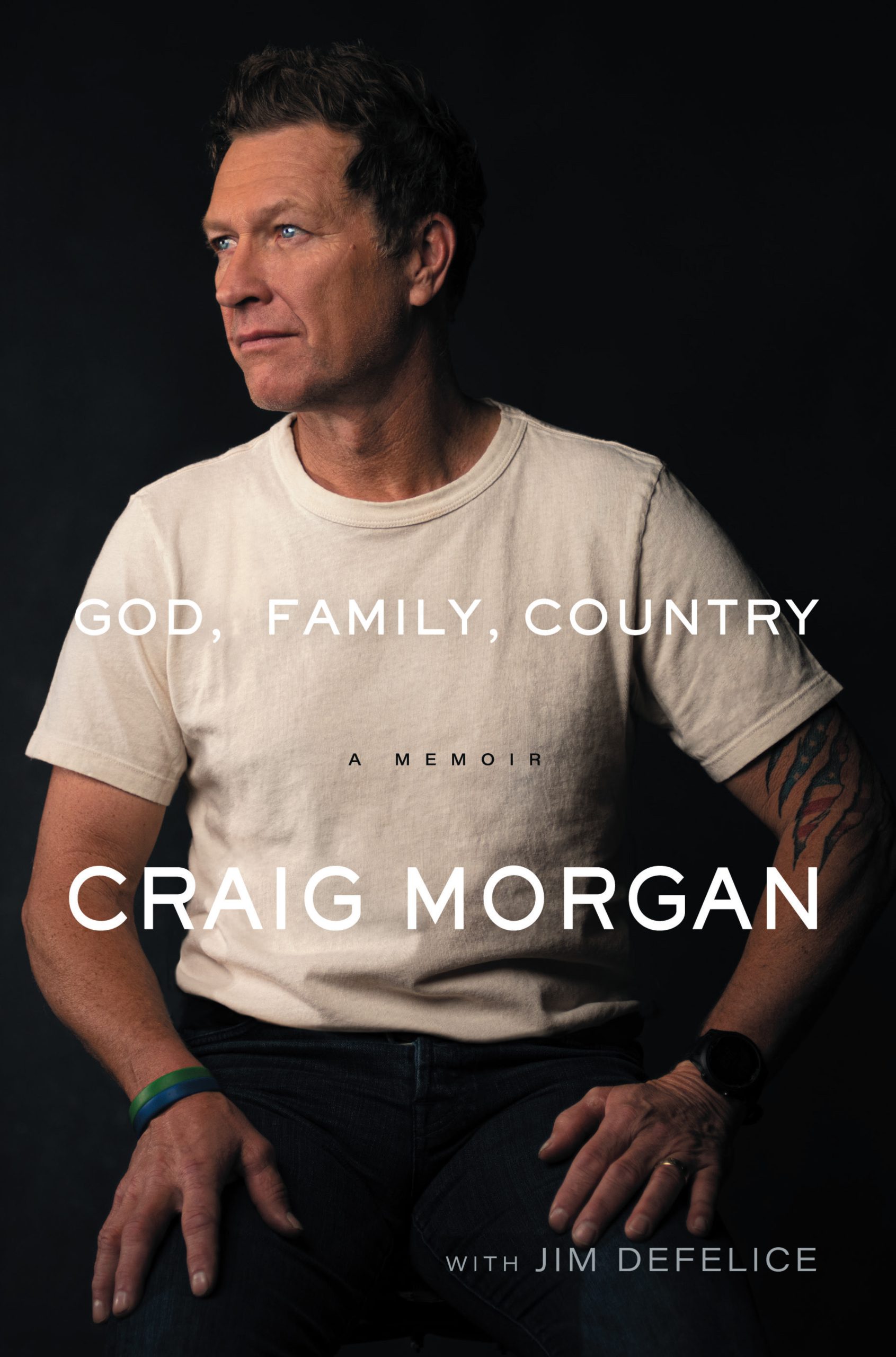 Craig Morgan is sharing his story in his new memoir, God, Family, Country, due out from Blackstone Publishing on Sept. 27.

Written by Morgan with Jim DeFelice, the new book sheds light on Morgan’s life as a country star, TV personality, and military operative, and reveals personal stories about his time working alongside the CIA as a soldier in Panama or fighting sex traffickers as an undercover agent in Thailand.

Morgan has charted 25 songs on Billboard during his country career, which has yielded hits like “Redneck Yacht Club,” “Almost Home,” and the four-week No. 1, “That’s What I Love About Sunday.” In 2008, he was inducted as a member of the Grand Ole Opry.

The hardworking artist has also always possessed an unwavering duty to country. In 2006, as “That’s What I Love about Sunday” topped the country charts, Morgan was riding in a convoy of Humvees in Iraq. An avid outdoorsman, a former sheriff’s deputy who’s still a member of the auxiliary, and always a husband and father first, he has lived his life by the deepest values: God, family, country.

Morgan spent seventeen years serving in the Army and Army Reserves and remains an avid supporter of America’s military, making 16 overseas trips to perform for our troops. He’s a recipient of the 2006 USO Merit Award and in 2018 was awarded the Army’s Outstanding Civilian Service Medal in recognition of his significant dedication to our military men and women around the world.

In addition to his forthcoming memoir, Morgan will also put his survival skills learned in the military to work in the new TV series Beyond The Edge which premieres March 16 on CBS as he competes for Operation Finally Home, which provides custom-built, mortgage-free homes to wounded veterans and their families.