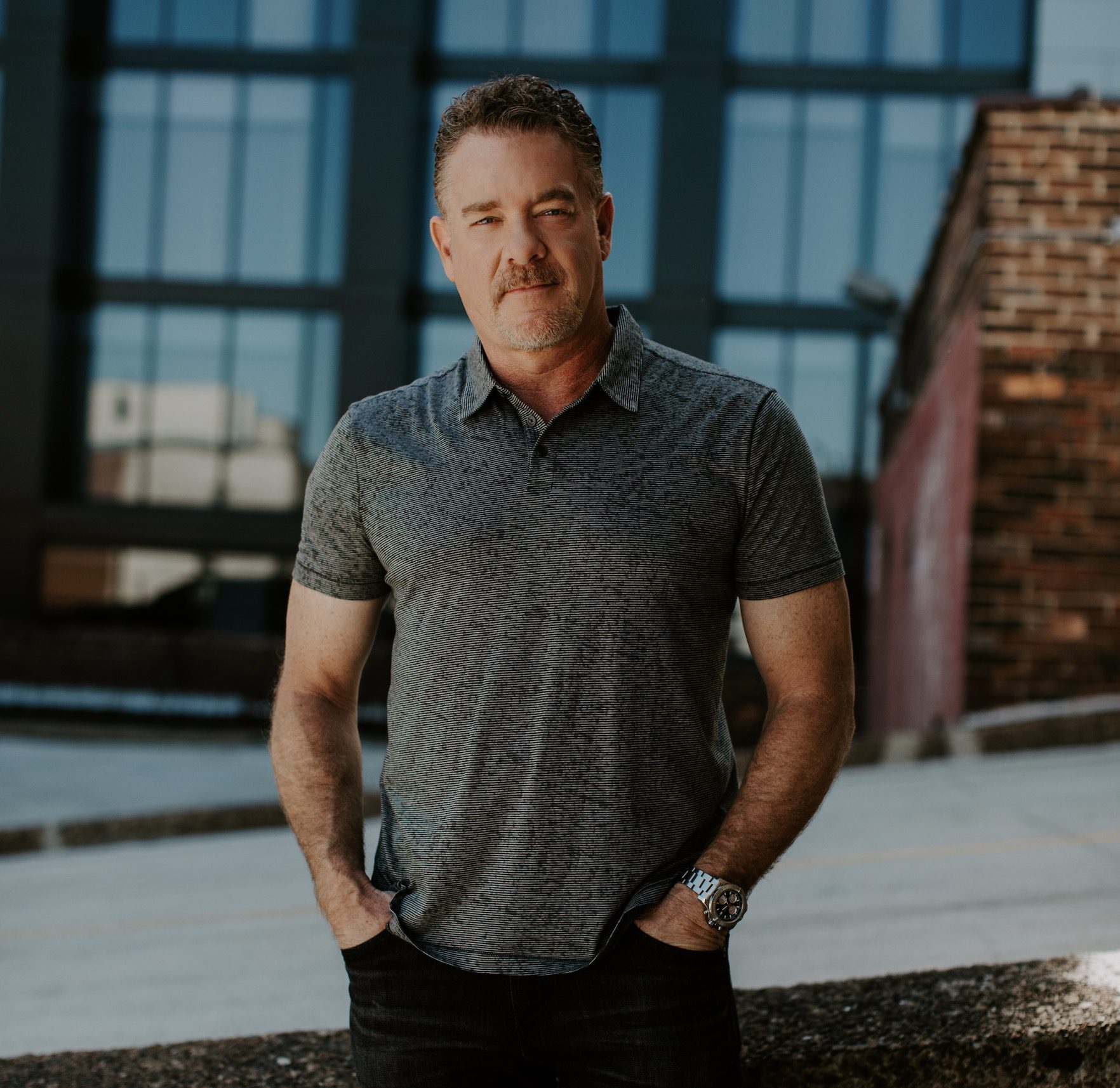 Rob Beckham is the co-founder of the Artist Management Group (The AMG) and currently serves as its President and Chief Execuitve Officer. The AMG is an independent, full-service entertainment company that supports artists in all career stages and offers a range of services including management, publishing and records. Notable clients of The AMG include Brad Paisley, Chris Young, Kameron Marlowe, Kat & Alex and Payton Smith. The AMG is also home to several rising stars including Jordan James, Chris Colston, Essex County, Grey Zeigler, Liv Charette and Nolan Sotillo.

Beckham has spent the last three decades shaping the careers of some of country music’s most successful artists and has received some of the industry’s top honors. The well-known industry veteran has been named CMA Touring Agent of the Year, TJ Martell Ambassador of the Year and honored by the Nashville Association of Talent Directors at their annual gala.

Prior to forming The AMG, he was a Partner at WME and Co-Head of the agency’s Nashville office.

Beckham recently spoke with MusicRow about his journey to The AMG, building artists’ careers, and The AMG’s success over the last few years.

How did you get into the music industry?

In college, I ran student activities. It was called ASUM in those days: Association of Students from the University of Montana. They had a famous industry program to get into the entertainment space, especially into the agency space. My first show was Poison and Warrant—in ’89, that was a really big deal.

I got turned onto country when I booked The Judds farewell tour, where Garth Brooks was the opening act. He and I struck a relationship there. The last [country] show I did was Reba, Clint Black and Vince Gill. That’s where my relationship started with Trey Turner and Narvel Blackstock. The on the job training that I got [while in college] was pretty extraordinary.

What happened after graduation?

The last show I did [in college] was Scorpions and Great White. The promoter of that show was from a Seattle promotion company. They liked the job that I did on the show, and offered me a job. I ended up taking it and moving to Seattle. I was there for about two years and got to work with Nirvana, Pearl Jam, Queensrÿche, Alice In Chains, and bands like that. One day out of the blue I got a call from Rick Shipp at Triad [which would later become WME] and he offered me job in Nashville.

That would have been 1992. I was there through [the transition from] Triad, to William Morris, and to WME. It’s interesting, I moved to Nashville to be Greg Oswald‘s assistant, and then he and I would end up running the office together for a number of years. 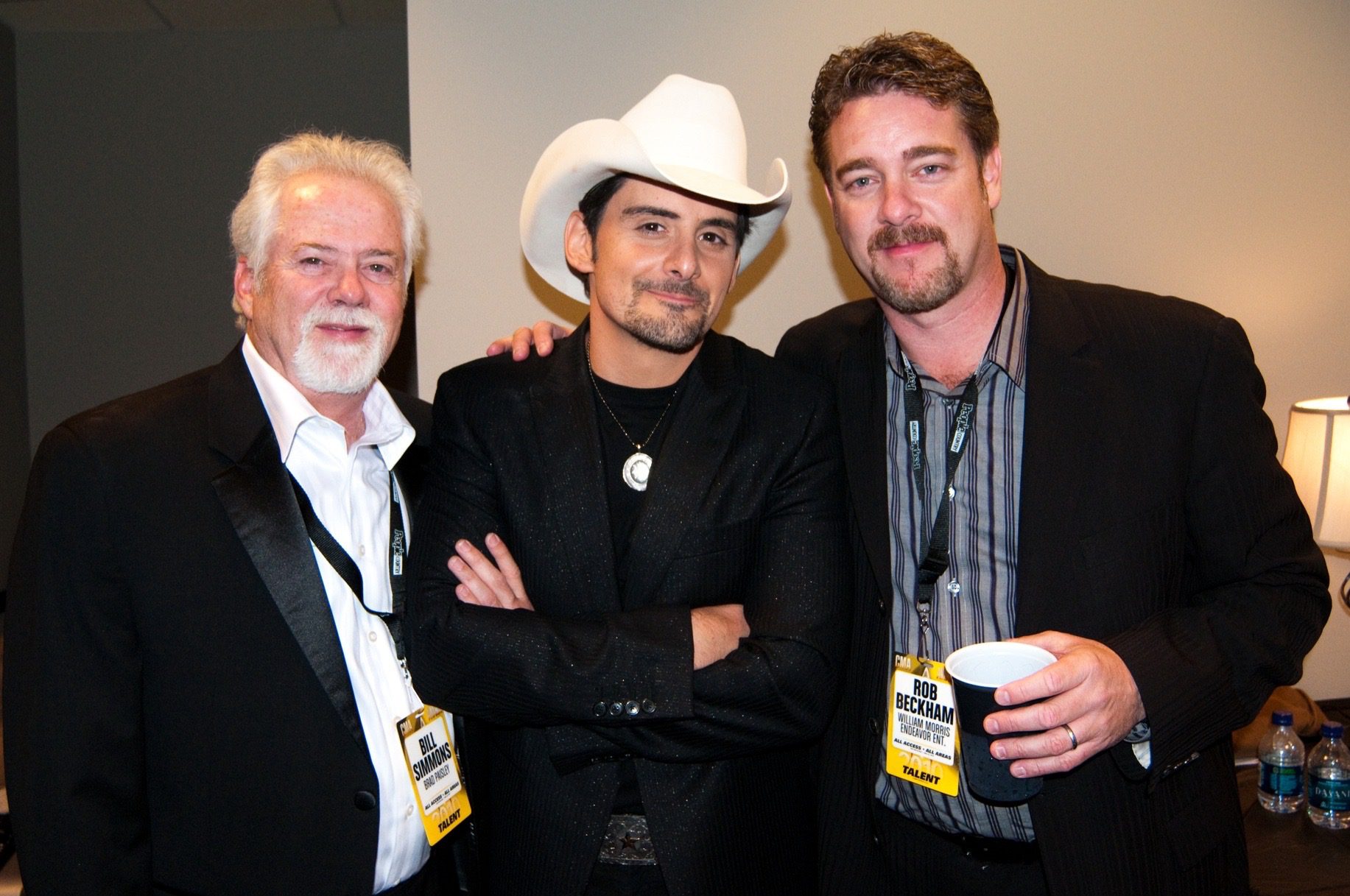 After over two decades with WME, you left your position as co-head of the Nashville office to form The AMG with Bill Simmons. What went into that decision?

It took me a minute to figure out what I wanted to go and do. I had a great run at WME and I wouldn’t change anything for it, but it was time to do something where I could be more creative. I always thought I was really good at artist development throughout my years of doing that, and I wanted to be more hands on with the artists.

Larry Fitzgerald [who managed Brad Paisley and Chris Young with Bill Simmons] was retiring and he had been a superstar manager for many decades. And Bill and I are very dear friends. I’ve been with Brad for 22 years and with Chris, at least more than 10. So with Larry retiring and Bill and I creating our partnership, it just turned out to be a perfect move.

How has The AMG grown since it opened its doors in 2019?

We have 26 on staff now. We started very small and as we started growing, COVID allowed us to have some luxuries to bring in people that we probably wouldn’t have been able to bring in. 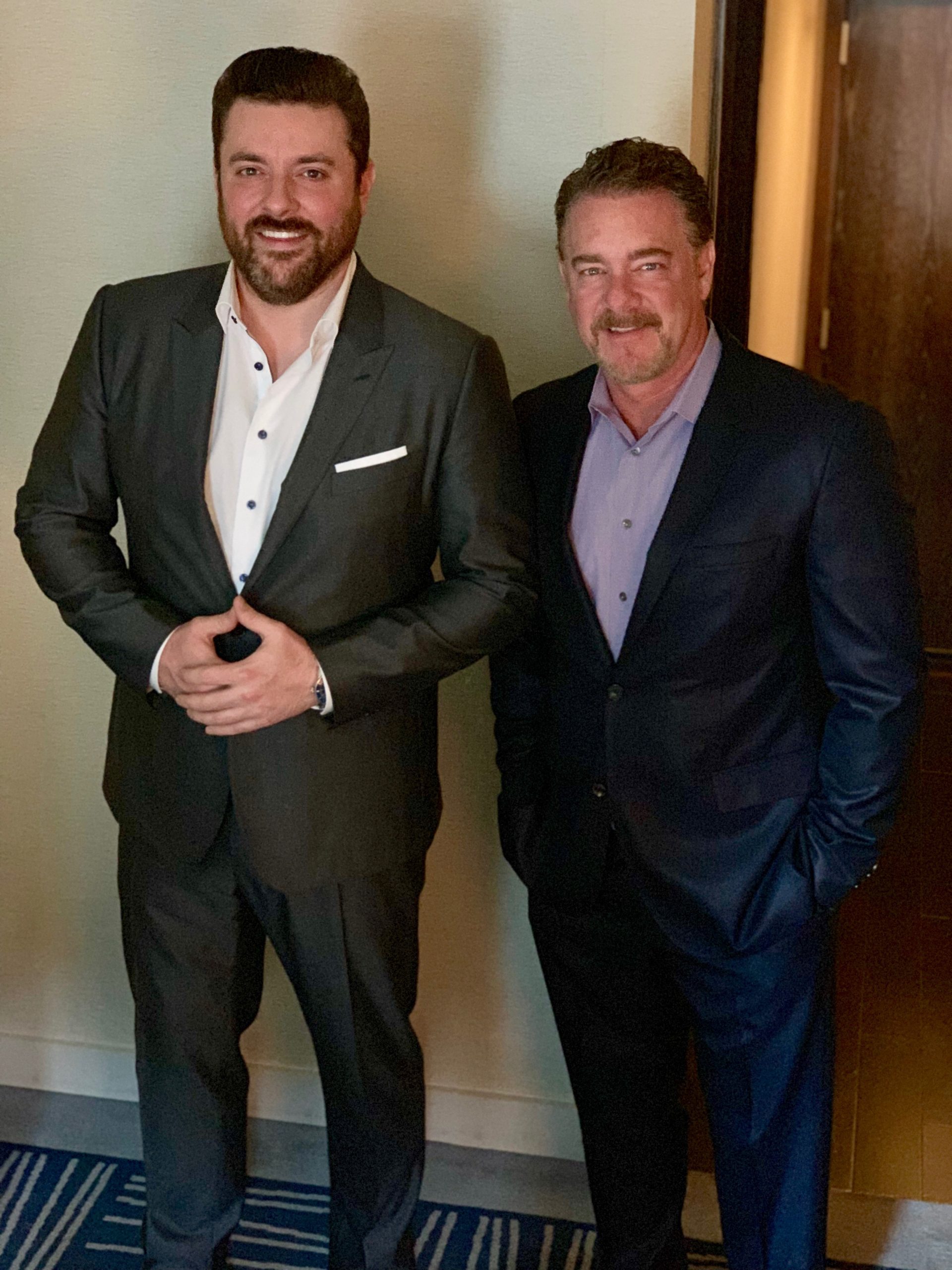 Chris Young had a great year last year, in-part due to the success of “Famous Friends” with Kane Brown, which earned the distinction of being the most-played song on the Billboard Country Airplay Songs chart all year. What was that like?

It’s an amazing song. He did a great job on it, and the video turned out great. We performed that song on all the different awards shows, so it got a massive look for him and really re-centered him in the country music lane as being a superstar.

In addition to navigating Chris Young and Brad Paisley’s career, you’ve had success with new artist signings such as Kat & Alex, Kameron Marlowe, and Payton Smith. As a manager now, where are you looking for potential new clients?

We found Kat & Alex on an online talent show. My assistant at that time set up a meeting for me to meet with them. As soon as they walked in the door, you just knew. It didn’t take me three minutes to figure it out. They’re the fastest thing I’ve ever seen happen in Nashville. 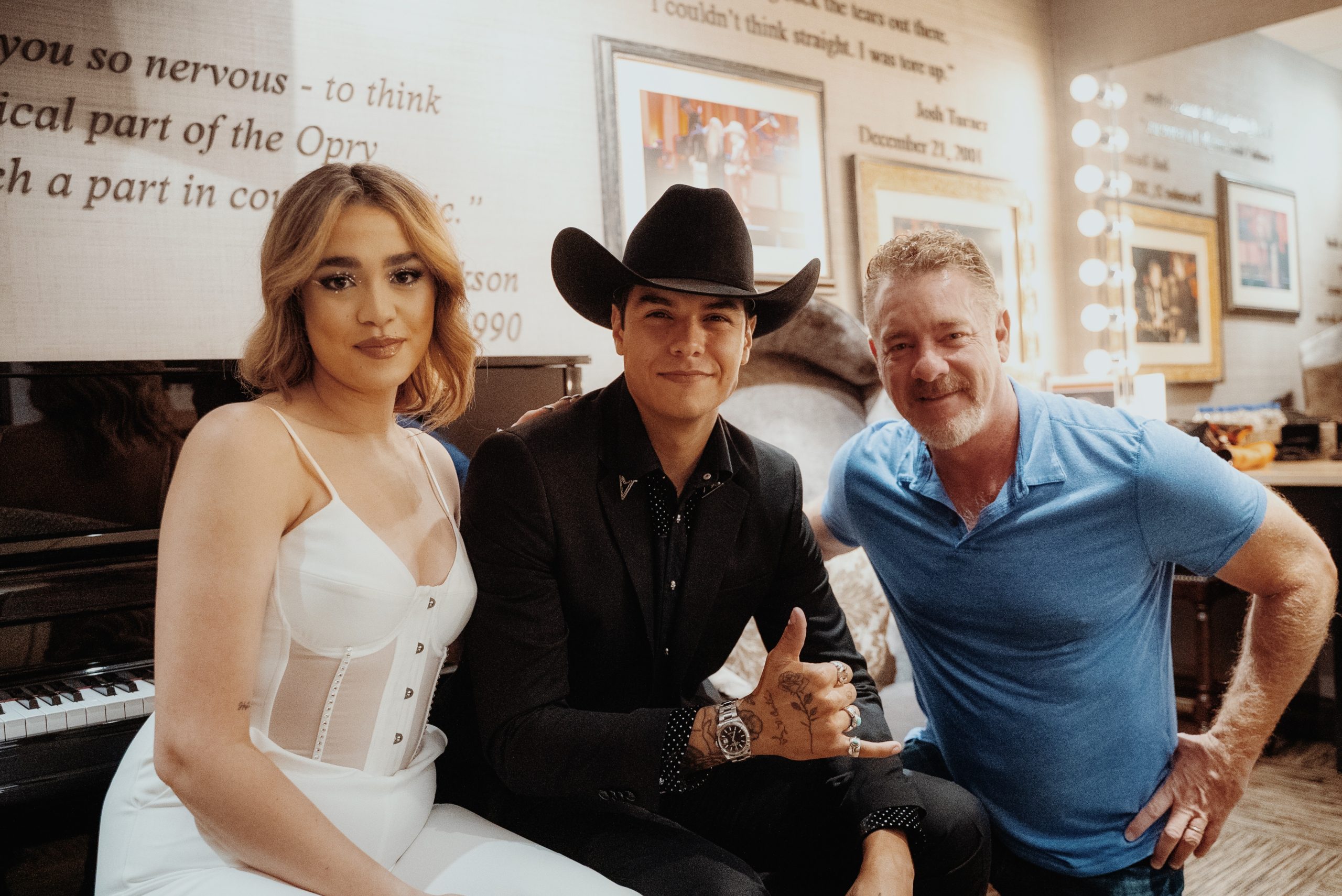 Right before that was Kameron Marlowe. Kameron was the second fastest thing I’ve ever seen happen in Nashville. Organically, he happens to write this breakup song, “Giving You Up,” and submits it to the Spotify editorial team, not knowing anyone there. John Marks fell in love with that song and blew it up. It’s at about 250 million streams right now and is going to be a monster song at country radio.

How have you guys navigated the pandemic as a new management company?

We were fortunate in the sense that Brad was one of the first tours out, with Kameron as support. They got through his entire tour with no issues and no problems. The only problem that we ran into in late summer, early fall was [the COVID protocols]. At Bridgestone arena, for a while you either had to show a negative test or you had to have a vaccine card to get in. As these stipulations are going away, then you can start to see the world coming back to normal.

A lot of people thought that there was going to be a tremendous amount of demand for live music. What most of us in the industry didn’t count on is all 8,000 artists going on tour at exactly the same time. So for us, Brad was able to get through. We pivoted on Chris a little bit and moved it to March and April, just hoping the world is a little bit less crazy by then and a lot of these rules and regulations at local municipalities will all go away. 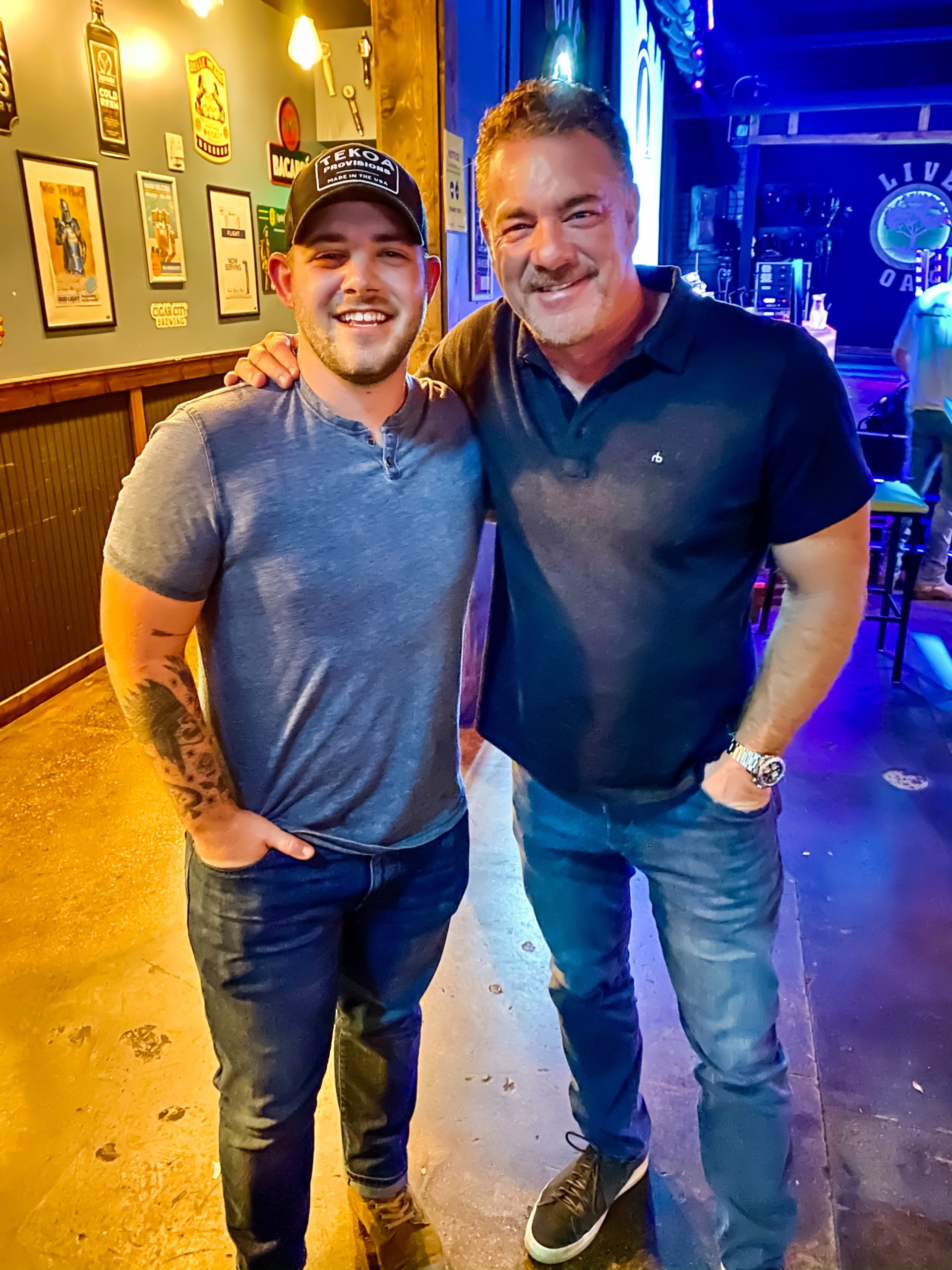 Having a multi-week No. 1 song with Chris; and putting together a plan last October and actually seeing that plan far exceed our goals in what we thought it was going to be was really cool. I got to be a part of all the different award shows, which was super cool. In my previous role, I just went backstage, shook hands and went away.

I also realized how glamorous our jobs as managers [seem], but it’s really just hurry up and wait. You go and do a sound check at 9:30 a.m. and you don’t do a show until 8:00 o’clock at night. It can be pretty taxing and draining, but seeing the success of Chris, being a part of Brad’s career his whole life, seeing Kameron and Kat & Alex explode are all fascinating things to watch and be a part of.

What is some of the best advice you’ve ever gotten?

Never assume. Never assume that something’s ever going to be done. Early in my career, I would make assumptions on things and normally they were wrong. (laughs)