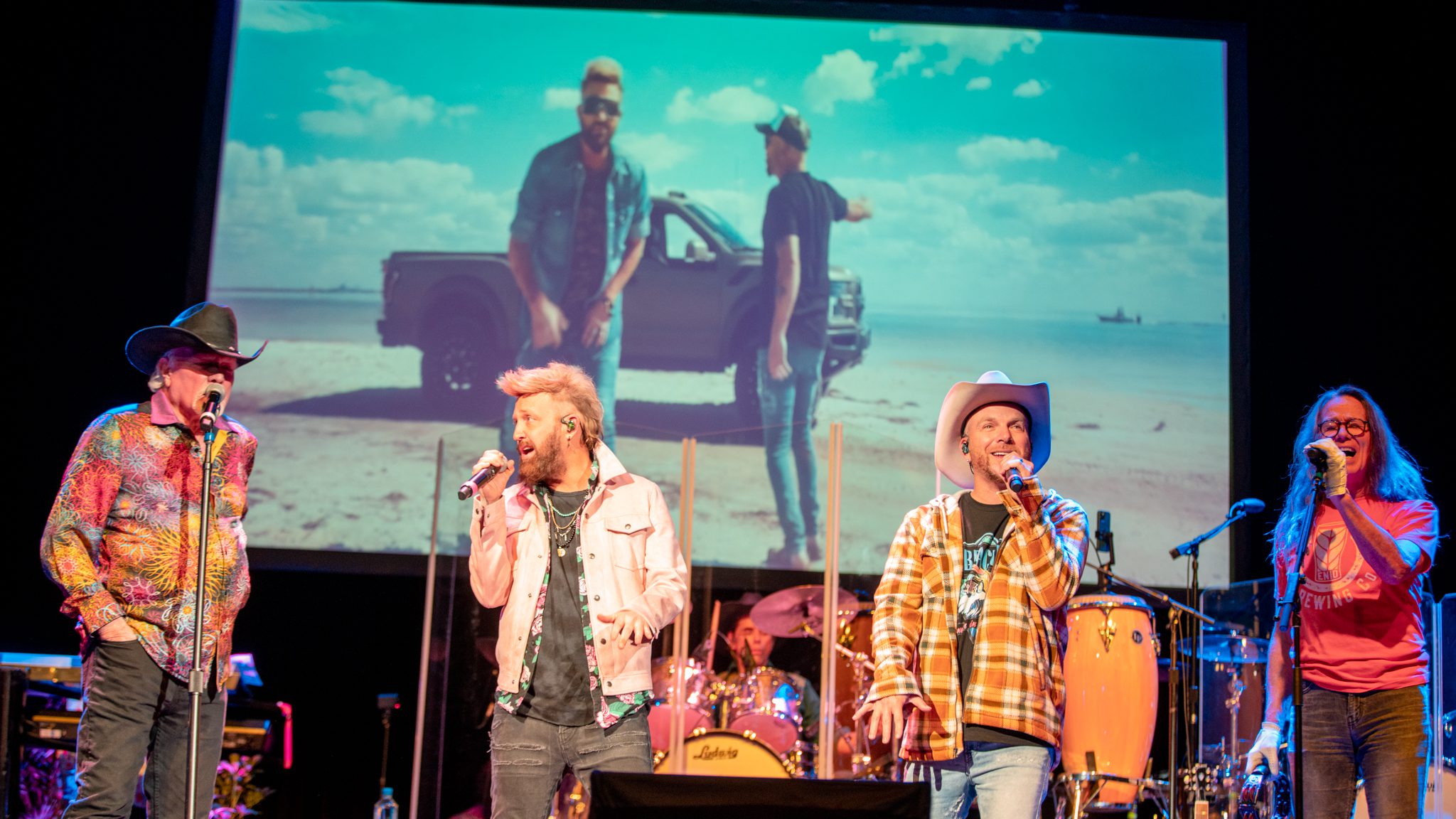 Incorporating the hook from the iconic Beach Boys song “I Get Around,” the pair originally released the track as a solo version on their Woods & Water EP. “Beach Boys” was written by the duo’s Chris Lucas and Preston Brust, alongside Dallas Wilson and Jared Mullins. The Beach Boys co-founders Brian Wilson and Mike Love are also credited songwriters.

“The day we wrote ‘Beach Boys,’ I remember Chris and I dreaming of recording it with The Beach Boys,” shares Brust. “We never imagined that they’d hear it, let alone get the chance to lay down our parts with Mike and Bruce and actually feel like we were a part of a group that we’ve idolized for so long! It’s crazy how it all became a reality and now the fun really begins!”

Ahead of its March 4 release, the legendary musicians invited LoCash to join them onstage Sunday night (Feb. 6) during their sold-out show at the Ryman Auditorium to debut the collaboration.

“We had a blast collaborating with Chris and Preston of LoCash!” said Love, who donned a cowboy hat on stage for the performance. “The song is so hooky – I can’t get it out of my head. I love mixing it up! Country rock met surf rock and created a fun summer hit!”

The legendary band, accompanied by John Stamos, thrilled the Nashville audience with a sampling of their many hits, including “Surfin Safari,” “Don’t Worry Baby,” “I Get Around,” “Wouldn’t It Be Nice,” “California Girls,” “Help Me, Rhonda,” “Good Vibrations,” and many more.