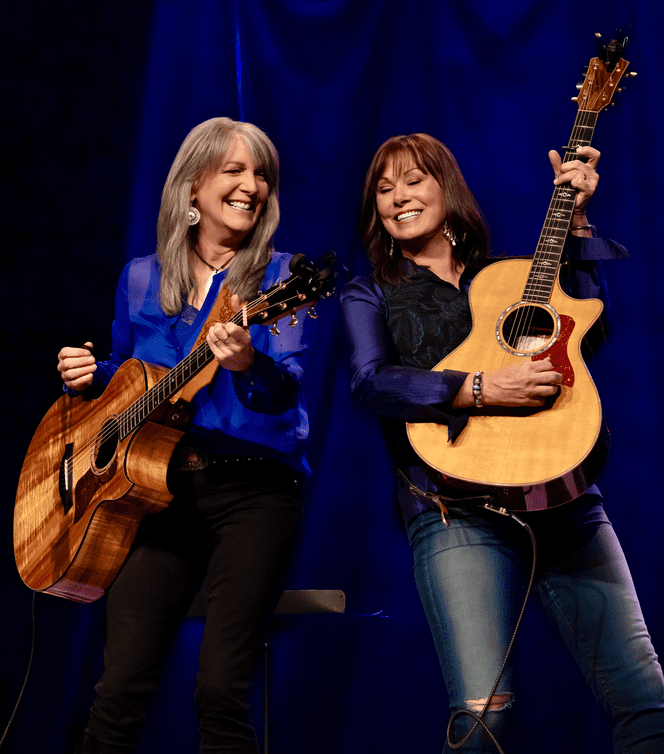 Kathy Mattea and Suzy Bogguss are joining forces for the “Together At Last Tour,” which kicks off Jan. 28 in Decatur, Alabama.

The special shows will feature both artists on stage together for the entire performance, swapping songs, singing harmonies, and playing guitar on each other’s biggest hits. The pair will perform new material during the shows along with plenty of humorous stories from their careers.

“Kathy and I always have a lot of irons in the fire,” says Bogguss, “but we’ve had some time to think about priorities lately and we realized, this was a big one.”

“We know each other’s music so well,” adds Mattea. “It’s been fun to really dig in and learn these songs!”

Bogguss’ shows her folk roots in her frequent appearances on public radio’s A Prairie Home Companion, in the Grammy she earned for her work on Beautiful Dreamer: The Songs of Stephen Foster, and in her album and book project, American Folk Songbook. In addition to her busy touring schedule, Bogguss hosts a weekly livestream, Wine Down Wednesday, that’s currently closing in on 100 episodes.

Besides guesting on each other’s recordings, the two have performed together in the past on the Women of Country showcase and a PBS White House special, as well as the Grammy-nominated collaboration with Alison Krauss and Graham Nash on his classic “Teach Your Children,” from the Red, Hot, and Country compilation.

A second round of dates for the fall of 2022 will be announced in the coming months.