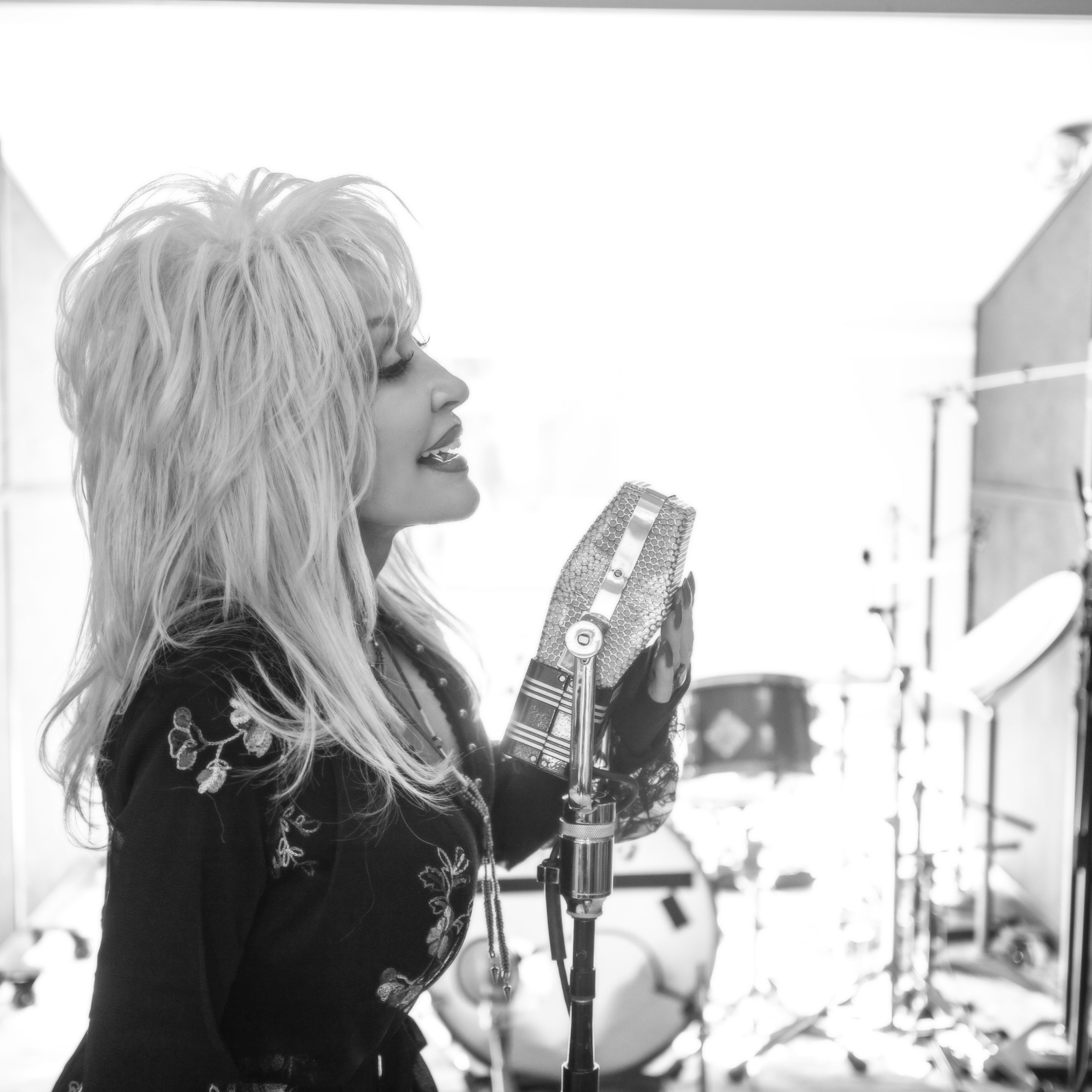 Our new female contenders include Priscilla Block and Hailey Whitters, both of whom have personality-packed singles for your edification. Among the promising males are Logan Mize, Aaron Lewis, Connor Smith and Seaforth with Jordan Davis.

But veterans claim the two top prizes. Taking home the DISCovery Award is Andrew Farriss. This is his debut solo effort, but he has logged plenty of miles in the Oz rock band INXS (”New Sensation,” “Suicide Blonde,” “Need You Tonight,” etc.).

Yesterday was Dolly Parton’s birthday. My present is a Disc of the Day award for her fresh sounding “Big Dreams and Faded Jeans.”

PRISCILLA BLOCK / “My Bar”
Writers: Priscilla Block/Stone Aielli/Lexi Hayden; Producers: Robbie Artress/Jake Curry/Justin Johnson; Label: Mercury
–She’s wonderfully feisty while claiming her space at her favorite watering hole. When an ex walks in, she lets him know he’s intruding. The track rumbles splendidly and her vocal has personality to the max. Love this.

AARON LEWIS / “Get What You Get”
Writers: Aaron Lewis/Ira Dean/Dan Tyminski; Producers: Aaron Lewis,/Ira Dean/Ben Kitterman; Label: Valory
–This man’s honky-tonk singing voice continues to impress. The ballad’s premise is that sooner or later you have to take the consequences for the choices you make. Stop lying to others and to yourself. The album drops at the end of the month, and this makes me eager to hear it.

DOLLY PARTON / “Big Dreams and Faded Jeans”
Writers: Dolly Parton; Producers: Richard Dennison/Tom Rutledge; Label: Butterfly/UMG
–The instrumental track is hot and tight in Dolly’s finest record production in years. The punchy, rolling tempo underscores the yearn of a gal headed to Music City to pursue her dreams. With her “Scent from Above” perfume, re-launched ice cream flavor, chart-topping Christmas album, multi-Platinum international certifications and gospel Grammy Award, the superstar is as relevant as ever. This dandy tune was inspired by her debut novel, written with James Patterson. The book and album–titled Run, Rose, Run–are both due the first week in March. Other merch with the launch includes guitar picks, stickers, t-shirts, bookmarks, shoe laces, aprons and a red-marbelized vinyl version of the LP.

CONNER SMITH / “Didn’t Go Too Far”
Writers: Connor Smith/Mike Dragstrom/Matt Jenkins; Producer: Zach Crowell; Label: Valory
–The “Learn From It” and “I Hate Alabama” man released his debut EP this week. This is the title tune, a thumper about a guy with a busted heart who can’t get away from an ex. That’s because they both live in town so small that “there’s only one bar, only one church.” Hence, “The one that got away didn’t go too far.” Give this man a full album at once.

HAILEY WHITTERS / “Everything She Ain’t”
Writers: Hailey Whitters/Bryan Simpson/Ryan Tyndell; Producers: Hailey Whitters/Jake Gear; Label: Pigasus/Songs & Daughters/Big Loud
–Peppy and clever. He doesn’t know what he’s missing, so she’s spelling it out for him. Hailey went back to her Iowa high school to film the video, which is as cute as the song. The hand claps, the saucy delivery, the staccato fiddle and banjo notes, the pert tempo–everything works here.

LOGAN MIZE / “Follow Your Heart”
Writers: Logan Mize/Lynn Hutton; Producer: Daniel Agee; Label: Big Yellow Dog
–This country rocker has cool, deep-and-low drum pounding beneath his pleading vocal and some ethereal guitar chimes and organ sighing. The resulting toe tapper is as catchy as can be. Well worth your spins.

SEAFORTH & JORDAN DAVIS / “Good Beer”
Writers: Tom Jordan/Mitch Thompson/Rocky Block/Jordan Dozzi; Producer: Tom Jordan; Label: Arista
–The Aussie duo teams up with Davis on this charming, light-hearted ditty. In case you’re wondering, “A good beer is a cold one.” This sunny, bouncy outing will have you feeling like springtime, or at the very least will leave you with a big smile on yer face.

LOVE AND THEFT / “Accidentally on Purpose”
Writers: Eric Gunderson/Stephen Barker Liles/Bree Doster; Producer: none listed; Label: ONErpm
–Gunderson and Liles are back. They still sing beautifully, and they are still totally pop.

ANDREW FARRISS / “Drifting”
Writers: Marti Frederiksen/Andrew Farriss; Producer: Andrew Farriss; Label: BBR
–Farriss is a former member of the huge rock band INXS. This tempo tune occurs on his debut solo album, and it has an open-air, California-country vibe. It’s an attractive, gypsy/bohemian thing with wafting strings way off in the distance.

THE BRETHREN / “Chevelle”
Writers: Brian White/Casey Parnell/Chad Chapin/Corey Parnell/Lonnie Chapin; Producer: none listed; Label: DistroKid
–This act is two sets of brothers, the Parnells and the Chapins. All four have pop and/or CCM backgrounds, and that shows in their polished, creamy harmonies. This languid, smooth tune evokes nostalgia for an old teen romance. Think Poco or America from the ‘70s.