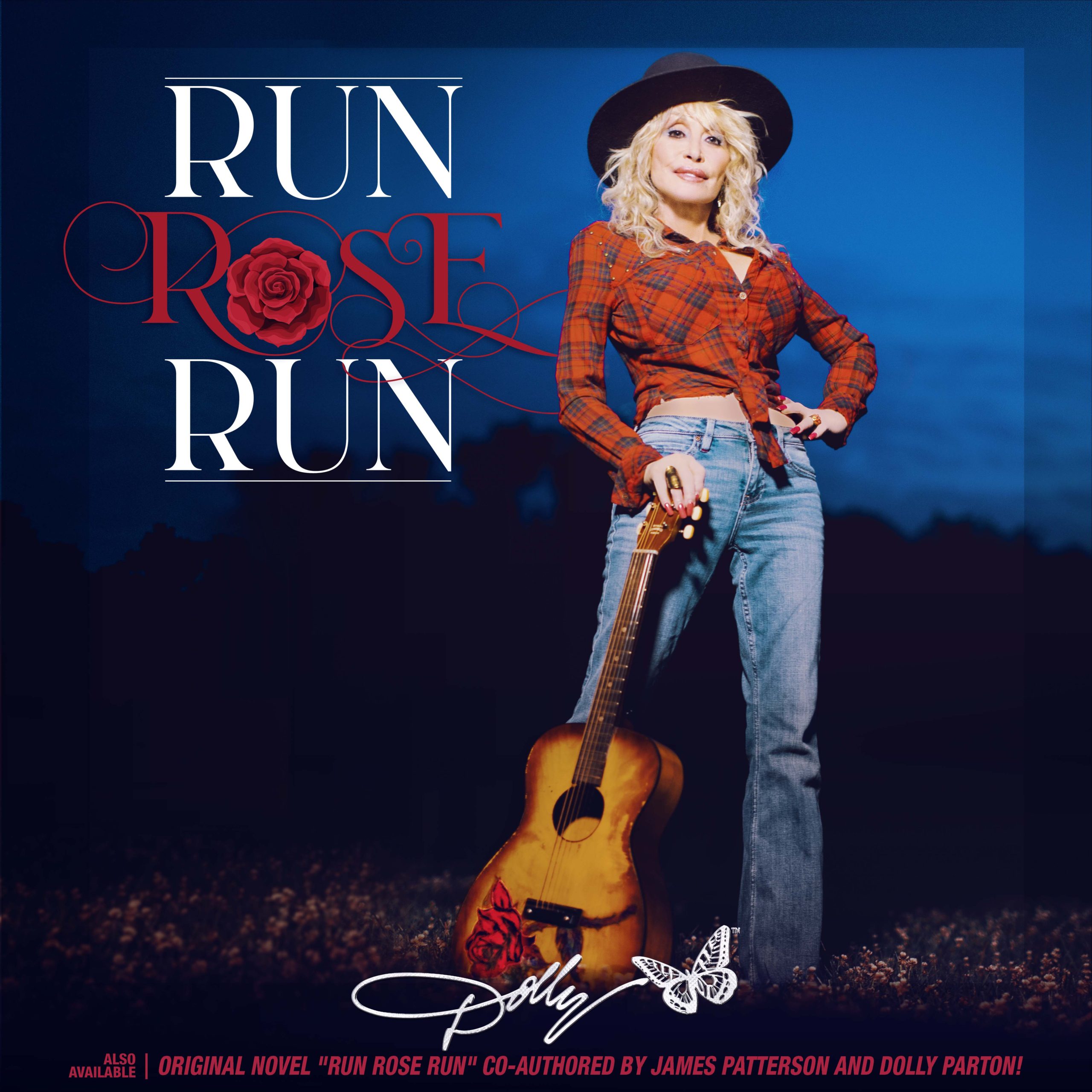 The album will serve as the companion project to Parton’s upcoming original novel of the same name, co-authored by James Patterson and releasing on March 7.

Parton was inspired to write, record and produce the companion album to the story whilst writing the novel. Co-produced by Richard Dennison and Tom Rutledge, the Run, Rose, Run album mirrors the story of a young woman who leaves home for Nashville to pursue her musical dreams and the dark secret from her past that threatens it all.

To give fans a taste of the country, Americana, and bluegrass sounds on the album, Parton has released the first track from Run, Rose, Run, a song called “Big Dreams and Faded Jeans.”

“So many people come to Nashville with their sack of songs,” says Parton. “Whether they’re running from anything or not, they’re running towards a future. That’s what ‘Big Dreams and Faded Jeans’ is all about. I am so pleased to finally share the first song from this exciting new album with all of you!”

To make things even sweeter, Parton has once again teamed-up with Jeni’s Splendid Ice Creams for a second run of her wildly popular, “Dolly’s Strawberry Pretzel Pie” ice cream to promote the release of the album. An allocated portion of the proceeds from the flavor’s sales will go to Parton’s beloved literacy program, The Imagination Library.

Jeni’s will also offer customers an exclusive, special edition of the digital album which will feature an exclusive bonus track, “Rose Of My Heart,” for a limited time only at jenis.com.

Side B:
1. Woman Up and Take It Like A Man
2. Firecracker
3. Secrets
4. Lost and Found (with Joe Nichols)
5. Dark Night, Bright Future
6. Love or Lust (with Richard Dennison)